Garo – Vanishing Line is bloated and surely not going to push you to look into the other series under the Garo umbrella.

Closure and a sense of duty. That is the driving force as Sophie seeks to find what happened to her brother, Martin, years ago and Sword takes on one demon, known as “Horrors,” after another. And their two stories collide when Sophie, investigating this thing called, “El Dorado” comes across a Horror who nearly kills her. But, luckily for Sophie, Sword protects her until he can defeat the Horror. Leading to the topic of El Dorado being brought up, a name of interest to Sword as well, and despite how Sword tries to lose Sophie, she seeks him out to the point of him giving up.

Eventually leading to her becoming a bit of a sidekick for him, using her knowledge of the internet to help with Sword’s cases in finding Horrors. But, while Sword thinks of her as an asset, his co-worker Luke is ready to wipe her memories at a moment’s notice. Just because he sees her as a liability more than an asset, at least until she saves him from a Horror.

Leaving one major figure: Gina. She, a love interest of Sword, who is introduced as perhaps just someone who uses him, becomes a bit like a big sister to Sophie. Someone who really takes her under her wing and presents some feminine energy to the show. But, Sophie finding a surrogate family isn’t the goal of the program. It is finding Martin and oh do they. The problem is, in the city of El Dorado, they find more than just Martin. There also is the King of Horrors. Someone who, for some reason, takes note of Sophie and sends their minions, Bishop, Queen, and The Black Knight Christopher, to retrieve Sophie.

Thus leading to many battles as everyone fights their way to El Dorado and learns the truth. 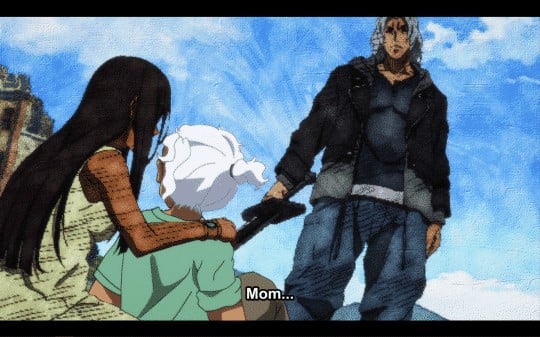 Probably the only consistent story which has a really decent build is Luke and Christopher’s. Luke, Christopher’s son, was trained hard, like an adult, by his father and his father, in the pursuit of strength and becoming the best, he became a villain. Not just in the world’s eyes, but because of something he did which destroyed Luke forever.

Now, I should note, Luke is by no means the lead of this show so this arc is but a small fraction of the 24 episodes. However, considering the way villains are handled, the connection between Luke and Christopher makes it so Christopher is the strongest villain in the show by far.

With 24 episodes, there perhaps is the idea that nothing should be left to explain when it is all over. We should know all the characters well, their motivation, understand the villains, and etc. However, all we get is filler. Episodic stories which, after a while, just seem to be watering down the show. Just stretching it thin to reach an episode order, and then the Horrors. Oh, the horrors which come and go and don’t get talked about after their defeat. The Horrors which, for the most part, last one episode and are attached to the quickly degenerating stories that eventually bring a sense of complacency. Even as you hope, just to justify the episode, maybe one drop of information, or development, may be given to the characters.

But in truth, while Luke gets developed, we learn about Sword and Sophie’s relationship with their siblings, and a little about their parents, Gina, the sole full grown woman of the show? Well, we just learn she likes money. That’s pretty much about it. There is some subtle mentions that there is more to her than there appears, but you never get a real follow up to this notion. In the end, she is made out to be private not just to the characters but us as well.

The Villains, No Matter How Big Or Small, Are Treated As So Disposable 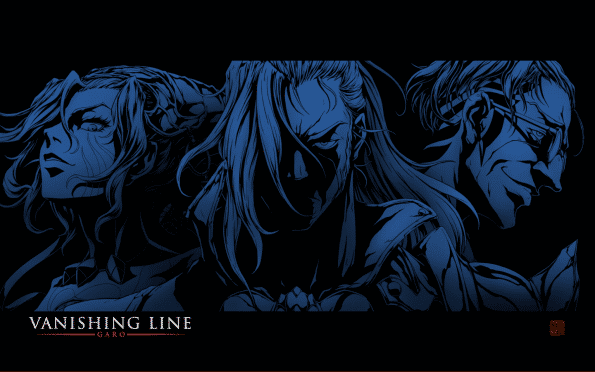 Piggybacking on the last topic, I should note that when I say Horrors come and go, that is a statement which even applies to King and his court. Sword is the type of hero who doesn’t really lose. He may get knocked down, but once he knows what he is dealing with, it is over. Even Luke, the weakest of the three, sometimes on his own, sometimes with assistance, he gets in victories which you can tell he really shouldn’t. For the show heavily gives a handicap to our heroes and it doesn’t help that the villains, sans Christopher, get no real background.

Heck, we don’t even learn much about how King became King, or whether those like Bishop and Queen were once human or were born horrors. On top of that, the origin of Horrors and the start of their eternal war against the Makai Knights and alchemists, pretty much is just a blip in one or two episodes.

The Early On Abuse of Women

I don’t know why, but in the early parts of the season, it seemed women getting abused was a thing. Which, on top of Sword ogling the many women with large breasts, made you wonder, and this is before Luke and Gina became staples, if this was to be a homage to 80s action movies. But, thankfully, the abuse of women stopped, and Sword’s appreciation of big breast became just him thanking upper management.

Even if you love action, the problem is that this show stretches its story so t h i n that you’ll ultimately question what is the point of this? Especially since El Dorado isn’t really pushed until maybe the last 10 or so episodes? Until then, it is baby steps and a million and one episodic stories and throwaway horrors. Add in Luke and Christopher are the only two characters with a notable backstory and development, and I have to label this as something to skip.

Why? Because if this was 12 episodes, then maybe it could be mixed. However, 24 episodes leaves this show incredibly bloated and barely enjoyable at times.

Has Another Season Been Confirmed?: No information can be found.