Sword and co. still aren’t in El Dorado, likely won’t be until episode 18 at the earliest, but we do follow up on his younger sibling and his reason for wanting to go to El Dorado.

What You’re Doing Won’t Bring Her Back: Sword

After a bit of a tiff with Sophie, over little things like Sword eating this chocolate she wanted to share with everyone, he decides to wander a town alone. The town we saw before the bridge to El Dorado.

During his trek he comes across Pedro. Someone who, like many people within the town, are under the oppression of Gordon, a local gang leader. The person who Pedro holds responsible for the death of his girlfriend Monica. A person he expected to leave the town with, not necessarily to El Dorado, but somewhere far away. Yet, now that is no longer an option. 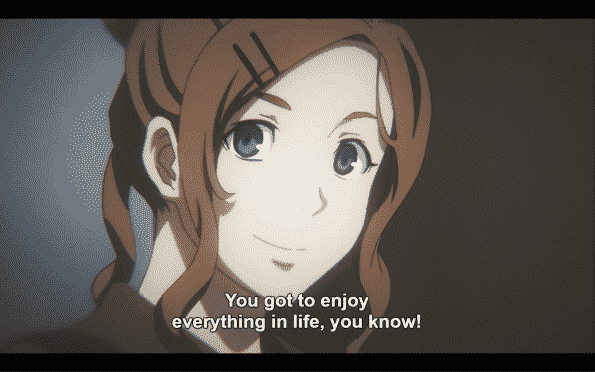 And, in a way, Sword gets Pedro. He too was once driven towards blind vengeance, even though the enemy he was looking to defeat he couldn’t. Not in terms of might or ability, for even Pedro could get his hand on a gun and kill Gordon. The main issue is what would the person they are trying to avenge want? Would Monica want Pedro to become a killer for her? Then, in terms of Sword, if he got consumed by vengeance, likely leading him down the same path Christopher is on, would he ever be able to make Lizzy, his sister, proud?

Well, the answer is no and that is why Pedro decides to not kill Gordon and why Sword tries to keep his emotions in check. Now, as for what this has to do with El Dorado? Well, from what we are told, there was an explosion under the school Lizzy went to, which killed her and everyone in the building. The only data that could be retrieved was El Dorado so while it may seem Sword moved on, in truth, he might have just been working his way up to achieve this moment.

One in which Bishop won’t make easy. With the help of this person known as Doctor Stanley, it seems he plans to make a whole slew of Horrors to stand in Sword, Gina, and Sophie’s way.

A Decent Side Story Which Opened Up Sword To Us, A Little Bit 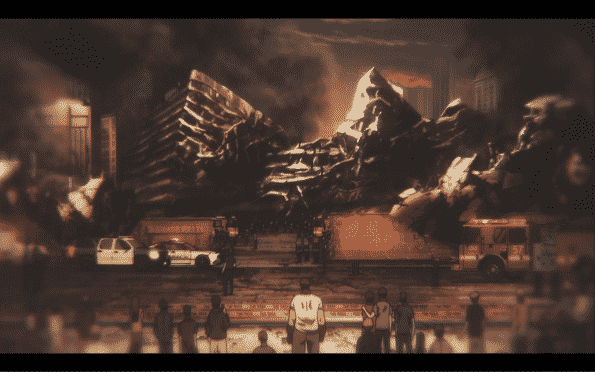 Increasingly, I forget the side stories, episodic characters, or however you describe them since I know they serve no true purpose. We see them one episode, sometimes they reveal something about our lead characters but none of them have the kind of impact which makes you wonder, “I wonder what happened to so and so?” Heck, there are sometimes I forget Luke is part of the story, and he is perhaps the most thoroughly developed character on the show.

But, at least with this episode’s side story, we get reminded why Sword wanted to head off to El Dorado. Something that I forgot about since he hasn’t mentioned his family or seemed to have any reason besides a rematch with Christopher. So getting to see Lizzy, knowing how she died, and maybe even Edward, it helped. I feel like we got table scraps of information, but it has long been established that this show is determined to be a shining example of why most anime don’t deserve 24+ episode seasons. For really, the majority can tell you everything you need to know in 13 and still be classics.