About Wherever I Look

Home About Wherever I Look

The Goal of Wherever I Look

The overall goal of this website is to fill in that space between the average fan and critic. To be that person who formerly, when you went to a theater’s box office, or when you went to Blockbuster, could say this is good, this you’ll like if you are into that, or simply don’t waste your time. This is done by breaking down topics so that instead of a mountain of text, only broken up by quote blocks and pictures, things are more easily digestible.

By Month and Year 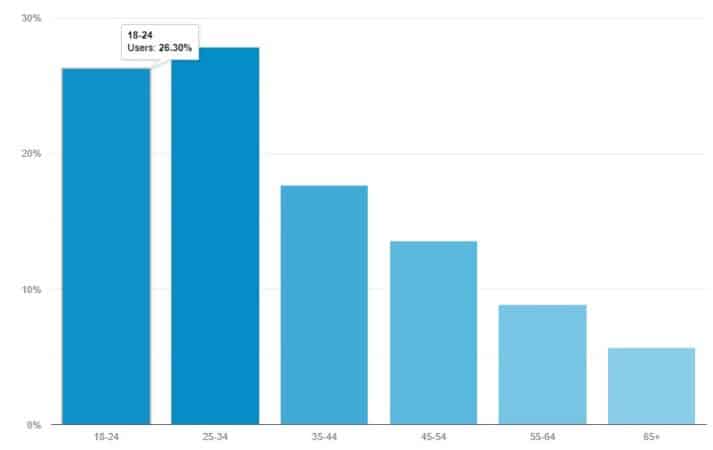 How Are Posts Written?

Overview
A one to two-sentence summary either hinting at what happens or general feelings.

Production Information
Information such as the director(s), writer(s), genre, release date, advisory rating, duration, and actors are included for all new postings.

Summary or Recap
Within this section, which is broken down into three topics for television series, books reviewed by the chapter, and episodic video games, the notable storylines, and characters within them are noted.

Commentary is provided either under the summary/ recap or within the Highlights, Low Points/ Criticism, or On The Fence section.

If something was notable but just didn’t fit into the recap/ review, be it the age of a character, further information about something said, it will be placed here. Also, for some productions, there are topics left for future installments or for fans to debate amongst themselves. In this section, you’ll find questions worth keeping in mind for future entries into the series, or for discussion in the comment section.

What Could Happen Next (TV Series Template)

Lastly, we make predictions of what could happen next.

Collected Quote(s) & .Gifs
If there is a line or moment that has just have to be captured, it is placed within this section and also placed in a monthly post that holds the collected quotes and .gifs from the month.

Highlights
As the name implies, here there is a summary of the highlights. Be it certain storylines, an actor’s performance, how excited the author is about the show’s future, and etc.

Low Points or Criticism
Here we write about some aspects of the production which can be considered frustrating or disappointing.

On The Fence
We believe there should be a gray area when talking about productions and products. Things that may depend on your taste, could have been done better, or weren’t consistently good, they are noted within this section.

Overall, Summary or Trajectory
The “Overall” section is used to summarize the information above and justify the category given. There is more on our rating system below.

The purpose of our character guides is for reference, and they generally include the character’s name (with the actor’s name in parenthesis), alongside when they were first noted or introduced, a summary, and information revealed throughout the series or franchise.

Our writing style is in a conversational tone, as part of the goal of bridging the gap between the average fan and critic. Making it where you feel like you’re talking to a friend or at least someone who recognizes most people watch, read, or attend things for enjoyment.

With that noted, our style isn’t for everyone, as it can contain a level of bias and strong opinions. But it has evolved over time so, what you see in the archives might be a bit uncouth compared to what has been posted closer to the present.

Also, we don’t judge media by a universal standard. An HBO show isn’t going to be looked at the same way as something on FreeForm, as they are focused on different demographics and release different types of programming. So you may find some movies and shows praised for what others get criticized for since there were different expectations.

But know this, we’re not in the business of hate-watching anything. Generally speaking, we watch things we’ve paid for, hence us embracing the idea we’re more so an average fan, or consumer, than a critic. So when it comes to things listed within “On The Fence” or is noted as a criticism, it’s of disappointment based on expectations due to marketing or because of how a production began.

How Are Spoilers Handled?

Spoilers are used for the sake of providing context to commentary rather than to compete with Wikipedia or divulge every last detail. The idea is, to present just enough to get a point across.

While we do use a percentage system, for SEO purposes, staying true to our original concept that numbers aren’t the best method to rate a production, we continue to use the labels: Positive, Mixed, and Negative.

For each media type, there is a different explanation provided per the production being a movie, TV series, or any of the other creative platforms we cover. The general gist for them all are:

The main things we focus on are the following:

For nearly all posts, there is an option for the community to decide if the movie, episode, show, etc should be rated positive, mixed, or negative.

The community rating is shown above the overview of all posts, and the entry field before the comment section. You may notice that ratings are quite low after voting and that is because we use a bayesian average.

Our goal is to, within 48 hours of a show’s premiere, post a recap/summary and review. For shows that can be binge-watched, our goal is to complete the season within two weeks of release.

As for movies, due to most movies being an hour and a half and beyond, we schedule them as we can, if they are streaming/ video on demand. For theatrical releases, unless it is a limited release, we aim to post about them during their opening weekend, unless we see a screening. In the case of screenings, unless we are told there is an embargo, we post as soon as we can.

When it comes to video reviews, currently we are covering 2 – 3 shows per season, and are aiming to post one movie review per week. The aim is to post the video summary/ review within 72 hours of an episode airing and during the first weekend of release for films.

How Do You Determine What You Watch?

For Television, especially shows that have their entire seasons dropped at once, we operate on a 1/3/5 system. The first episode is considered an interview and then, depending on the episode count, and whether it is a half-hour or hour show, it’s on probation until episode 3 or 5 which is when we decide if we’ll complete the season or not. This is why you may see a lot of shows stop after their first three episodes as we’re not in the business of hate watching a show just because we started watching it. That’s not what Wherever I Look is about – if we can’t say we’re a fan of it, the show gets dropped.

Images are used to keep us from just having mountains of text, highlight moments, as well as to help illustrate who is who, like with our character guides. If you hold the copyright to an image and would like your image removed, please Contact Us and link the specific image(s) you wish to have removed.

Does Wherever I Look Take Submissions Or Is Looking For Contributors?

Yes! Please head over to our Contact Us page for more information.