It’s the same ole, same ole, for Garo – Vanishing Line as villains are slain without really getting to have their moment.

The Death of a Queen: Queen, Gina

Despite it seeming like it would be a tag team match, Gina and Queen split off from Luke and Christopher. Mostly because Queen is racing to assist King and Gina is trying to stop her. Of which, naturally, she does and this is even with Queen seemingly going full horror on her. But you know what perhaps sucks the most about Queen’s second defeat? It being implied she was an Alchemist and us not getting to know what led her to becoming part horror. 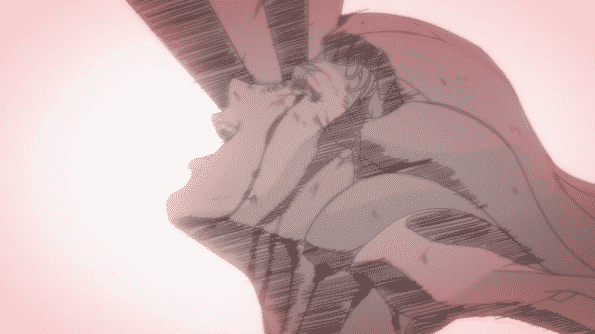 Have you noticed that the women, meaning Sophie not included because she is a child, pretty much don’t get a huge amount of development on this show? They are just breasts and ass. I mean, Queen being an alchemist, someone who went to the dark side because of King assumingly, surely that would have been something to dive into. Perhaps make her seem like Martin, as someone who lost their way for the greater good, or like Christopher, who went to the dark side in pursuit of power. Maybe even a mix or just have her someone that was full on manipulated. There are so many routes that could of, and perhaps should of, been taken but alas… she got tossed away like a used Kleenex.

The Death of a King: Sword, King

Though King suffers a similar fate so this is all just an unfortunate pattern. For while half of the episode puts our heroes on the ropes, with us at the penultimate episode of the season, there isn’t time to set up a Dragon Ball Z

styled comeback. Almost as soon as King seemingly has defeated Sword, swallowed him whole, and brought him into a void King controls, Sword makes his comeback. Even talks some smack before going through the hordes King sends after him, breaking through some kind of wall and slicing King, who seemingly has no idea what is going on, in half. 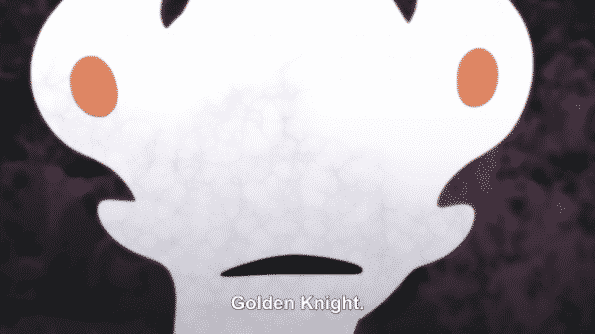 I haven’t watched the rest of the Garo series but Vanishing Line has left such a bad impression that I won’t even bother. How are you going to hype this being’s existence the whole season and have his death be an utter surprise to him? Much less, kill him within his own world where he has every last advantage over Sword? I can see if Sophie shut down Eldo Net and then Sword got his fight, making it so King was weakened a bit, but King was feasting when Sword slayed him. Shouldn’t he have been able to use some of the powers we saw him use when he drove Sophie and Sword out of El Dorado before? Why make him seem like the most basic horror we have ever seen?

As Lizzy and Sophie shut down Eldo Net and free the souls, Bishop, as always, just watches while he has his minions do the work. Making you wonder, when all is said and done, will Bishop end up surviving all of this? He clearly isn’t going to allow himself to be in a position to die and is capable of having ghostly versions of himself represent him within the real world. So, with him also not being a figment of Eldo Net, you gotta wonder what is the fate of his character?

But, Sophie succeeding, and then disappearing with Lizzy, who can officially rest in peace, aside, there is Christopher vs. Luke. Which, as with nearly every Christopher fight, leads to Christopher retreating. However, unlike the majority we have seen from him, this time around he could have defeated his opponent by death. It is just, call it being sentimental, but he lets Luke live.

However, somehow, over the course of 5 – 10 minutes, he finds a way to find Sword so they can have another battle. So maybe, just maybe, we may get one true epic battle to end a character in this series. And considering Christopher is the only villain who had any sort of build, who better to end the show? 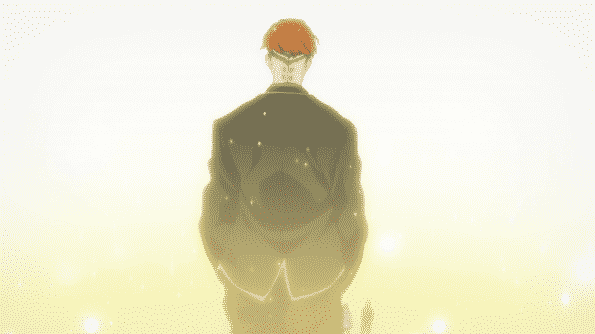 I can imagine Bishop becoming the next King at this point. Just because he avoids being in situations which wouldn’t lead to him coming out on top. You don’t see him trying to go one on one with anyone he couldn’t defeat and even when he does fight, it isn’t him but a mirage or ghostly figure. So I fully expect him to appear at the end of the show trying to start this whole thing up again.

Until then, at least we’ll have a Sword v. Christopher fight. Which was proceeded by Luke getting his behind kicked again but, really, Luke taking out Christopher would have been unbelievable – in a bad way. A knight being killed by someone who uses guns and couldn’t take out Queen on his own? Someone who matches Sword’s abilities? While a major boost for Luke, it would make everyone else on the heroes’ side look bad and make this show really seem like it didn’t give one damn about its villains going out in style.

But you have to add in the question of whether Christopher trapped Sword in King’s void? There was only that one-dimensional hole and it closed after Christopher blocked the path. Add in Lizzy makes it clear she cannot force Sword out of Eldo Net like before, and she is now free, is this the end of Sword until Bishop or someone else, discover Eldo Net, or make something similar, and revive it? Would Sword even still be alive when that happens? Since the concept of time and how that works isn’t 100% clear when it comes to Eldo Net.