Wherever I Look
Recaps, Reviews, and So Much More
Home Movies Unsane – Recap/ Review (with Spoilers)
Movies

Unsane, as Claire Foy’s character unravels, turns into a mystery where you are questioning and investigating what is real and perhaps just the perception of a crazy person.

Table of Contents show
1 Summary
1.1 Question(s) Left Unanswered
2 Highlights
2.1 You Aren’t 100% Sure What The Truth Is
3 On The Fence
3.1 Who is Violet & The Rest of These People
4 Overall: Positive (Worth Seeing) – Recommended
5 Follow Wherever I Look on Twitter or Like us on Facebook.

Sawyer has been having a bit of a tough time. For two years she has been dealing with a stalker, David, and to get away from him, she moved all the way from Boston to Pennsylvania. There she set up a whole new life but, like some form of PTSD, she keeps seeing resemblances of him. To the point she realizes she needs help and seeks our counseling. Unfortunately for her, she says the wrong things to the wrong woman and seemingly signs herself into a mental hospital.

This leads to you wonder if this woman is crazy? Could she be a patient who escaped, forgot everything, and somehow was suppressing her neurosis for a long time but snapped? Could this man at the hospital be David or is he George and she is imagining things? Is Nate seriously just in the hospital for a drug addiction? What about Violet? She refuses to call Sawyer her name. Could it be that Sawyer’s job as an analyst and friend Jill were all just the makings of a mad woman? Is George really who he says he is or a stalker who knows how to work the system to the point Claire would have to kill him to get away?

You gotta see the movie to find out. 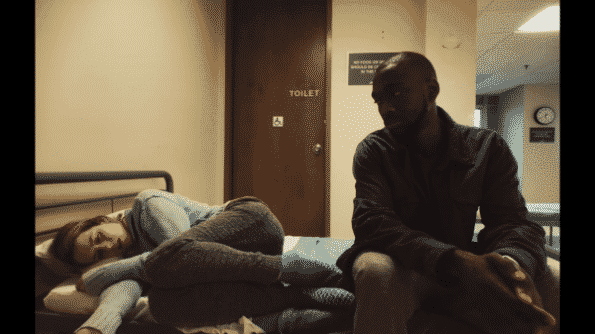 After watching Gone Girl, my trust in certain kinds of women in situations where they seem like the victim is at an all-time low. So with Sawyer glitching in public and seeing things; the way Nate acted, and could be interpreted as talking into a flashlight; and with Violet calling Sawyer a name she didn’t go by, it makes you wonder who is telling the truth? This is even when Sawyer’s mom is brought into this because there remains this idea that maybe we are seeing things from Sawyer’s warped point of view. Maybe this woman who she thinks is her mom is a nurse that is actually nice. Perhaps someone from a local church who volunteers to see and console the patients. I mean, it’s possible and if you let your imagination go, you may even wonder if she was in solitary the whole time and perhaps was remembering a patient she saw before she, Sawyer, or Allison, hurt her.

That is how Foy, writers Jonathan Bernstein and James Greer, combined with the camera work, mess with you and make you trust no one.

Who is Violet & The Rest of These People

One of the plus and minuses, which may aid you questioning everything, but keeps you from ever being solid on a theory, is Violet exists solely to antagonize Sawyer. Despite the familiarity she has with her at first, asking about a baby and all that, from there she is just straight up hostile and we don’t even learn what she is in for. But, in general, we don’t learn much about any character besides Sawyer and Nate. A bit about how Sawyer claims she met David as well but, again, is it her madness speaking or legit memories she is rehashing? 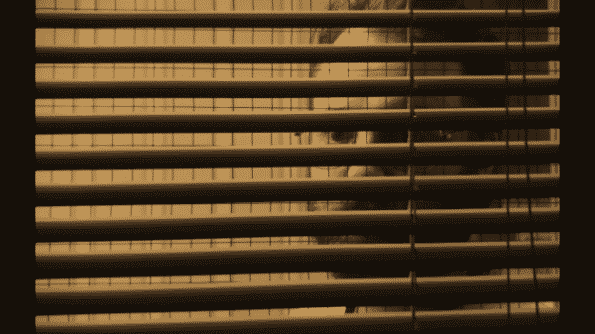 Hear me out – I know the title of the movie is stupid and the trailer is sort of meh. However, Jay Pharoah gets to have his Chris Tucker in Silver Linings Playbook

moment where you realize, like many comedians, he can do more than be funny. Also, to my surprise, him and Foy play off each other quite well. Both presenting the idea he could be an imaginary friend, or maybe the guy she falls in love with if the whole situation isn’t made up.

Leading to the positive label, as well as recommendation: While this film perhaps isn’t as complicated as I’m making it seem, I think because I came in with low expectations that were quickly challenged, it made for a thrilling mystery film. One that will make you think, outside of the #TimesUp movement, Claire Foy does deserve to get all the money she is worth and dammit, so does Jay Pharoah too! For you know Black actors, not just the women, are probably paid less than their white counterparts. But let’s not go there.

Go check out Unsane and experience a psychological mystery, with thriller elements, that warps reality and leads you to wonder what is real, who is sane, and whether the story itself all comes from a woman locked up in solitary.