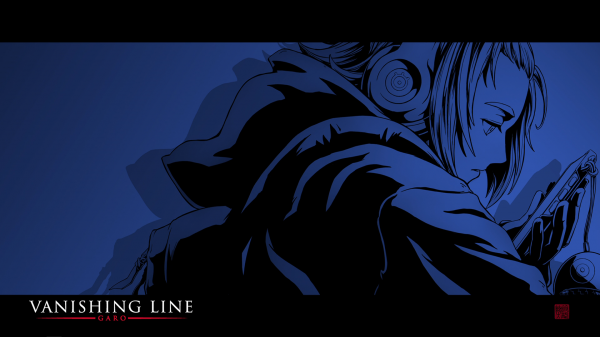 Sophie is back and is putting all her time and efforts to find Sword. For he is perhaps the first person who may be able to provide a lead to find her brother Martin and El Dorado.

The Hunt For Sword: Sophie

With the discovery of Horrors and them possessing people and disappearing, Sophie finds herself wanting to find Sword in order to get assistance. However, with no money to wait around at the diner he frequents, and the sister at her home trying to keep a closer eye on Sophie, finding Sword has become quite difficult.

Life With My Brother: Sophie

However, be it kidnapping or possession, Sophie wants to know what happened to her brother Martin. Something the sister who takes care of her says they should leave to the police but with Martin likely the only person left in Sophie’s family, she can’t wait on them. After all, he was her everything and him being snatched from her life like that, there has to be something up. Especially with that “El Dorad” password left behind – the sole hint as to what happened to her computer programming brother.

So with learning from her roommate about the disappearance of Father Ripley, Sophie just knows Sword will show up. Why? Well, when people go missing that is what he does. Now, as for how Sword’s handler, employer differentiates a regular missing person case vs. one which deals with a Horror? Who knows?

All we get to know is, the show fills its weekly violence against women quota by showing us Father Ripley, who used to manage the home Sophie lives in, is a monster. One who enforced some kind of weird chastity or modesty on his sister in the most extreme ways. Be it uglying her up, cutting her hair, trapping her in the basement, and eventually killing her – perhaps.

For that is when the Horror comes in. Likely it feeds of the smell of her pain and she agreed to join it, think Hardy in episode 2, to free her of the pain in exchange for possession of her body. Leading to, as usual, Sword showing up, killing the monster and moving on. But, with Sophie being insistent on gaining his help, and her passionate plea as she believes a Horror did something to her brother, it seems he may humor her for now. Maybe even help.

I must admit, the consistent need to show a woman get her butt kicked on this show is bothering me a little bit. Yet, I mentally desire to want to put that aside and enjoy the rest. Especially since we finally got a taste of what Martin was like and how his relationship with Sophie was. The first real movement of the series since it started. For while we keep hearing the name “El Dorado,” we haven’t been given much of a clue where or what that is.

However, now we can fathom that it might be a computer program, a website, or something dealing with the dark net. Who knows, maybe Martin is the reason Horrors came about because he unlocked something? I mean, as noted in the Question(s) section, we haven’t been told exactly what horrors are, where they come from and if they pretty much are synonymous with demons. So with the noting of Martin’s disappearance and the importance of El Dorado, maybe there is more to the term than thus far noted?