At long last, we see King’s true form and… he kind of looks inspired by an Axolotl.

How It All Began: Martin, Sophie

After Sophie and Martin’s parents died, it seemed no one wanted to take care of them and have that burden. That drove Martin to create his plans for a VR world which didn’t require a headset or many of the peripherals we use for virtual reality. Of which he basically wrote what looks like a journal article and shopped it around but got no takers. That is until GarEden contacted him, Queen shows up at his door and he was just gone for three years.

All the while, Queen says Sophie would be okay, introduces Bishop as the GM, Christopher as Chief of Security, and he went to work. On top of that, despite Queen trying to give Martin a little something-something, he barely takes notice of her. I’m talking all over him, rubbing his chest, but his focus is making a better life for Sophie. Making the future he has with her choking him completely shocking.

While I doubt it brings up much in the way of emotions for the viewer, it does help you understand Martin’s mindset better. For what he thought was only a couple of months of busting his ass, actually was years. Though, what kind of leaves me puzzled is how in the world did this idea he was there only a couple of months last? We haven’t been told the outer world of El Dorado moves slower, or that Horrors manipulate time so I’m lost. Especially since it seems King hasn’t really pushed his influence much, or had the opportunity to, since Martin’s desires were too pure to take advantage of. So, simply put, what gives?

After many battles in which she was presented with a stalemate, Queen falls after not anticipating Gina and Luke going for the kill.

On one hand, it took two people to take out Queen. Yet, on the other, her dying because of spells and bullets was a travesty. With four hands and these Mario Brothers kind of plants fighting alongside her, you have Luke, with assistance from Gina, take her out? That is so disrespectful and really makes me worry how they are going to handle Christopher in the future. For I swear, if Luke gets his revenge, with the same damn guns he has been using since the beginning, I don’t care if it happens the episode before last, I may have to officially tap out.

With his memories returned and running from them and Sophie, Martin is a mess. Such a mess that the true king seems finally able or willing to take over. Something Bishop has long awaited and is just so giddy over. And, fulfilling a long-held wish, in front of Sophie, the king reveals his true form.

That voice and his title doesn’t match his look at all. Granted, Martin’s face appearing as it does adds to the creep factor, but it is hard to not expect more from the king of horrors. But maybe, unlike his subordinates, he’ll make up for his lackluster looks with presenting us with a good fight. One could only hope, right? 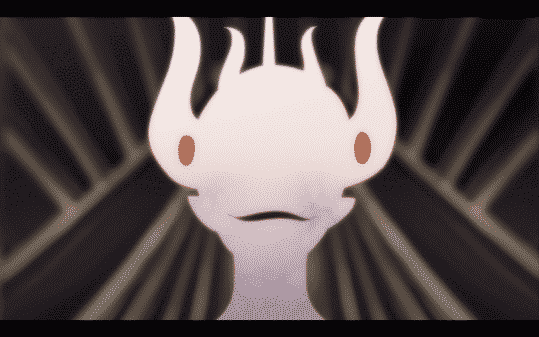