A Wrinkle In Time – Recap/ Review (with Spoilers) 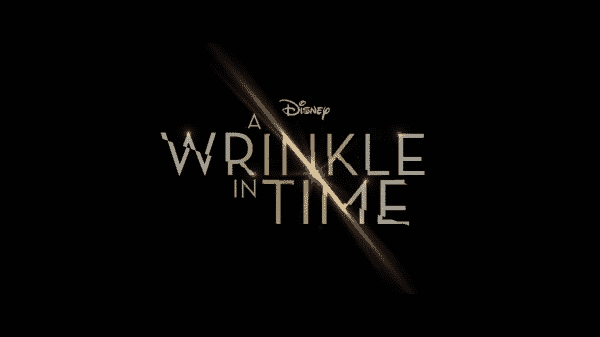 While A Wrinkle In Time introduces the world to its saving grace, Deric McCabe, many may find the fantasy elements downplayed and certain themes taking time which would have been better used to craft a more faithful adaptation.

The tween years. A time of insecurity, self-deprecation, and a bit of loneliness as well. All of which for Meg is made worse for on top of her father Alex having disappeared 4 years ago, on the anniversary her bully Veronica wants to rub that in. Even make it seem her father left to get away from her. Luckily though, despite how terrible school is for Meg, Charles Wallace, her adopted younger brother, is a positive ball of energy who is so supportive that you’d want a kid like him, or friend, in your life.

Yet, even with the support of Charles Wallace, alongside her mother, Meg’s father’s disappearance weighs heavy. But then these random, in the case of Mrs. Whatsit, rude people start showing up. Mrs. Whatsit literally is found one day randomly in the house and befriending Charles Wallace. The next day, Charles Wallace guides Meg, and this boy who seems in love with her, Calvin, into Mrs. Who’s home, then comes the godly Mrs. Which in their backyard the day after.

All of this, as you can imagine comes off very weird but quickly becomes overwhelming when they mention Meg and Charles Wallace’s father sending a message from across the universe and deciding to help them rescue their dad. A task which is of no easy feat. The Mrs. are all warriors of the light and where Alex is, that is the heart of the darkness in the universe. So, despite their young ages, Meg, Charles Wallace, and the ever faithful Calvin must traverse multiple planets across the universe, knowing the dangers, to save Meg’s father and return him to his family. 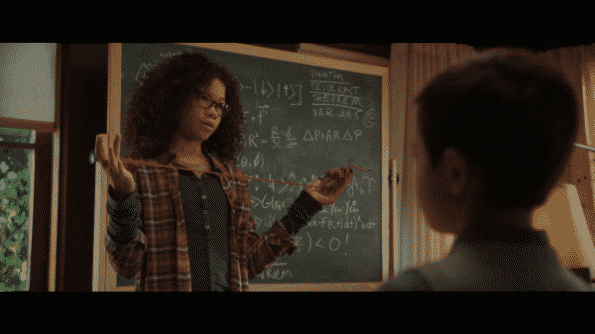 “We can’t take any credit for our talents, it’s how we show them.” Jumping the gun a little bit, the reason there is a positive label for this movie is Deric McCabe. He is the heart of the film, brings the laughs, and while he maybe playing off of veterans in the industry like Reese Witherspoon and Oprah, he is essentially the star. I’m talking to the point that his energy and charm makes it so, as much as he is a supporting role for Reid’s Meg, and his filmography is so much smaller than her’s, you’d believe he has been acting for years.

I mean, taking it a bit deeper, his support of Meg when it is just him and her, when he boosts her up after overhearing adults talk bad, as well as pushing Mrs. Whatsit to believe in Meg, it sets things up so beautifully for the final battle. To the point, when Meg is fighting the big baddie of the movie, to get Charles Wallace back, I found myself in tears. All because she is finally fighting for someone who has been fighting for her for the entirety of the movie.

If you check her tag, you’ll know I’m bias. However, even though she plays a really small role in the film, I did find it surprising she still got some tears out of me. For when I say this woman has a small role, I’m talking 15 minutes tops. Yet, with how her relationship with Pine’s character is handled, it makes the ending sweet enough to push some tears out of you.

It All Feels Rushed

As noted in “Question(s) Left Unanswered” the scene we saw in the trailer, when Meg and her mom explain what a wrinkle in time is, alongside her father’s work, was cut. Alongside this, there is this vibe, and this is all based off the summary noted in the next topic, they butchered a lot of the plot to make this quick and simple. Almost like, despite having a $100 million budget, this film was ran as if it was supposed to be made for 5th of that and between limited schedules of the big names and budget, they cut a lot of plot to accommodate both. While, as noted below, adding in themes which affect young girls to take the place of story elements which would have built up the Mrs. being introduced and the powers and influence of the movie’s bad entity.

I haven’t read the book, I just watched and listened to the Thug Notes summary and analysis. So, with that said, I want to assume director Ava Duvernay, more so writers Jennifer Lee and Jeff Stockwell, are the reasons why there are themes dealing with bullying, acceptance, girls and women interested in STEM, as well as body image in the film. In terms of bullying, it isn’t something too heavy. Veronica isn’t physically hurting Meg and considering Meg throws a ball at her face, Meg isn’t some kind of victim. However, with us seeing Veronica get on a scale and seemingly have issues with her body weight, there is some attempt to humanize her. It doesn’t really take that well for, similar to A Silent Voice, it asks you to forgive and forget, but they tried.

Alongside this is this idea of accepting who you are. For the most part, it is about accepting your faults, like Meg’s negative traits which mostly seem like survival instincts. However, it also includes her hair. There is a strong drive about Meg having the issue of her hair being curly and between Calvin talking about how he likes it and Meg rejecting the bad guy touting how much people would love her with straightened hair, you get the vibe an agenda is being pushed here. One which will be good for little Black girls, but I don’t know how book purist may feel about it.

Calvin is a very strange character in this movie. He basically comes out of nowhere and follows Meg around like a puppy dog and seems so in love with her. I’m talking to the point, if this wasn’t a movie made for tweens and kids, it probably would have included him asking to kiss her. Because dude lays it on thick. Way past it being him just wanting to be nice to her, maybe making a friend.

Which, don’t get me wrong, is kind of cute, and thankful Charles Wallace addresses the weirdness of the situation, but it still seemed like he was written for the wrong type of movie.

When it comes to the stuff which helps push the idea why this film has over a $100 million budget, none of it really seemed all that necessary. The way this film is written and handled, it seems the magic of the film is just there because fans of the book expect it to be. In general, though, it is more about Charles Wallace’s relationships with everyone and Meg facing the darkness within herself and finding the speckles of light in there. As for the flying leaf and weird looking dresses, it seems like their inclusion is strictly out of obligation. 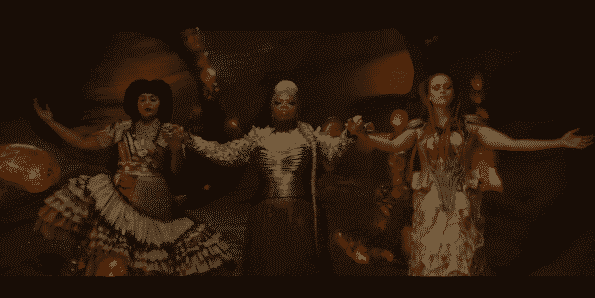 While something tells me those who read the book may not be over the moon about this, since it seems like a very thin adaptation, those who haven’t may very well enjoy this. I wouldn’t say this is a movie for little kids, since it is more about emotions than it is about adventures and wonder, but if you are a parent or guardian who wants to talk about some of the themes presented, this maybe a good conversation starter.

With that said, this film is not a classic by any stretch of the word, nor does it push the idea Ava Duvernay should perhaps do another $100 million movie. Yet, it still is getting a positive label. Of which, again, is because of Deric McCabe. That young man practically saves the movie. He challenges Storm Reid as lead and plays off Reese Witherspoon in such a way he basically steals it. Though, in the long run, while the word “steal” might have been used, perhaps the better word would be utilized. For I feel it is undeniable that when it came to the lack of magic and wonder of the film, he made up for it by giving it a ton of heart, some comedic moments with Witherspoon, and compensative for what surely will be divisive decisions made. Especially in regards to the weakly explored themes dealing with what young women go through.