Alexa & Katie is a throwback to simpler times. Back when kids shows didn’t have political elements or were about starting larger conversations. It is just simple jokes and characters, with a cancer gimmick for some flavor.

Table of Contents show
1 Summary
2 Highlights
2.1 If You’re Looking For Family Friendly with No Political Messages, This Is For You
2.2 Katie’s Family
3 Low Points
3.1 What About Your Friends?
3.2 So, What About A Real Punishment?
4 On The Fence
4.1 Featuring Other Cancer Kids
4.2 The Privilege & Selfishness of Alexa and Lucas
4.3 How Cancer Is Used Throughout The Show
5 Overall: Mixed (Stick Around)
5.1 Has Another Season Been Confirmed?: Yup, it has been renewed.
6 Follow Wherever I Look on Twitter or Like us on Facebook.
6.1 Check Out Other TV Recaps
7 Episode List

Over the course of a little more than 3 months, we follow 14-year-old girls Alexa and Katie as they excitedly enter high school. A time in their lives they have long prepped for but ends up a bit more difficult than expected thanks to Alexa developing Leukemia. With this diagnosis, it throws many of their shared plans into a tailspin, but the show never puts anything before the girls they can’t conquer. So while Alexa deals with pity and many limitations, with her friends and family there for it all, pretty much anything she deals with becomes simply an inconvenience.

If You’re Looking For Family Friendly with No Political Messages, This Is For You 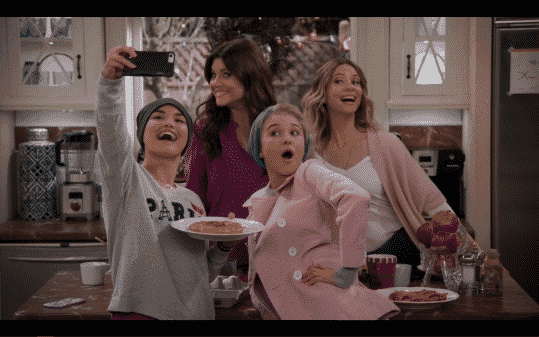 There are many who complain Disney has gotten too political. They have LGBT representation, conversations about feminism, being born out of wedlock and the kids acting too grown. Alexa & Katie doesn’t have that. Outside of Katie’s mom Jennifer struggling with being a single mom, who might just be living beyond her means, and Robbie, Jennifer’s ex and her kids’ father, not being around, there isn’t anything to truly raise an eyebrow to.

Yes, Alexa is a troublemaker who largely gets away with most of what she does without serious implications. However, the tone of the show, even when it shows other kids with cancer, never digs deep into the topics it could. Not to imply it is devoid of exploring bigger themes, but more so it sidesteps anything that could be politicized, and you’d have to “reach” in order to find anything that could be.

What is a highlight with Katie’s family is a low point for Alexa’s, and that is a sense of balance. In Katie’s family, there is a mix of the modern day, single parent struggling with Katie being that yesteryear innocent teenager who knows nothing about nothing. Yet, despite mostly being portrayed as innocent and naive, thanks to her father Robbie, she is shown to be more than this blonde haired good girl. She is also suffering from an absentee father whose personality she sees in her best friend Alexa. Pushing the idea, in a way, she is vicariously getting to spend time with him and know what he is like through her similar personality best friend.

What About Your Friends? 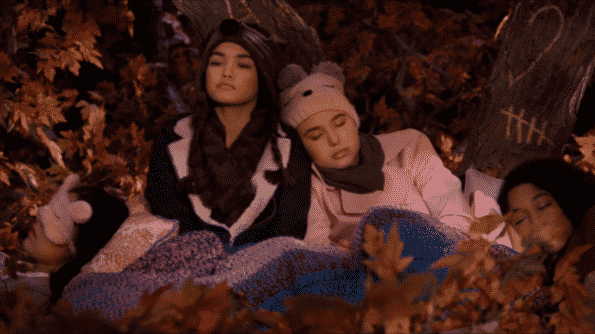 Who exactly are Reagan and Hannah when Katie and Alexa aren’t around? Are they best friends with each other or just appear magically? Also, who was Dylan hanging out with when making fun of Lucas’ breakfast song video? This is mentioned because both Alexa and Dylan flip out when they lose access to their friend and rather than spend time with the other friends they made, they instead get weird with their best friend and try to sabotage something which makes them happy. All the while not really communicating why they are not happy with the situation until they, immaturely, react.

So, What About A Real Punishment?

As gone into more in the “The Privilege & Selfishness of Alexa and Lucas” topic, the show has the unfortunate writing in which, no matter what the cast does, there isn’t any real punishment. It is just made into a joke, leads to a lesson, and that’s it. Which, considering some of the stuff the kids do, the worse thing being a three-day suspension or being grounded seems light.

Granted, anything beyond that would veer towards serious conversations, like whether corporal punishment is appropriate, and how should you really punish a child? Something that, with the show wanting to keep things mostly fluffy, would be a bit too heavy.

Though it was no Red Band Society, seeing other kids with cancer and one even in a wheelchair pushed the idea, ever so slightly, cancer wasn’t just a gimmick for the show. That it was maybe going to address a hardship beyond, “I’m losing my hair!” or “I can’t play basketball now!?” For really, with us seeing someone younger than Alexa, seemingly, not able to walk much, so came the idea we’d get serious. Maybe even address the idea some get cancer at that age and die.

However, with the antics of Alexa and her planning an Alessia Cara “Wild Things” routine, it became clear that cancer would remain visible but handled lightly.

The Privilege & Selfishness of Alexa and Lucas 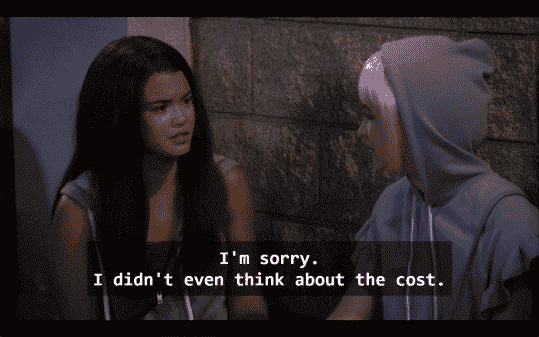 While Katie’s family seems like it could be somewhat rooted in reality, then there is Alexa’s. One which I won’t say is fantasy, because you could have a family unit like that. The issue is here, they exert their privilege in such a way that feels foreign to today’s media market. Alexa, sometimes when speaking with Katie, speaks as if money isn’t much of a worry and things like affording a $300 wig isn’t a big deal. There is also Lucas switching from going to an air force academy to wanting to do med school. Things which, commonly, would be a happy moment followed by, “How are we going to pay for this?” But with Dave being a pilot and Lori having the type of job in which she works with international customers, it isn’t’ an issue.

And don’t get me wrong, I’m not dinging the show for people doing well. More so, with the show not addressing any of the issues that Alexa and Lucas could go through, be it being bi-racial, someone addressing how spoiled they are, and more, it makes them unbalanced. Take for example how into himself Lucas is. There isn’t anything to balance him out, no struggle besides this idea he takes bad photos. So while he has the occasional sweet moment, like saying he wants to be an oncologist because he saw what Alexa went through, this gets paired with him ruining Alexa’s perception of Dylan out of jealousy.

Then when it comes to Alexa, often times it seems, “But she has cancer!” is supposed to be what sets her back to neutral. Be it her defacing property to get her mom to punish her, her throwing toilet paper all over the principal’s front yard, her going beyond just a battle of words but being quite cruel to her rival Gwenny, and even sabotaging Katie, and making her feel bad, for having something Alexa can’t at the time.

Which isn’t to say Alexa is a bad person but her getting away with all of this based on having cancer makes you wish more people had the attitude of the security guard at the mall. Making it where the cancer isn’t an excuse for bad behavior, especially since she ends up dragging other people in or down to cope with her limitations.

How Cancer Is Used Throughout The Show Outside of the vibe some of the cancer kids in the hospital give, cancer is used as a gimmick. However, it is used in a way which, as much as you want to criticize how it used, there is the fact everyone responds to treatment differently. So Alexa recovering quickly, losing her hair like she did, and it growing back in a matter of months could be plausible.

But, setting aside any guilt you could have, there again is the issue of this show avoiding digging too deep. Even if the show decided to not talk about the importance of insurance, it could have shown Alexa as one of the lucky ones. Maybe even start things back to when she was first diagnosed or while in the middle of her treatment. Something I say because the cancer is such a crutch so Alexa can be forgiven, instead of held accountable, that seeing her during the hard times could have helped. For with so many giving her a pass, it makes you kind of feel heartless when you question why she is allowed to get away with what she does. Even if Lori justifies it with there being bigger things to worry about since Alexa could have died.

To be to the point, the show is just bland. However, with so many parents having to worry about programs with progressive agendas they aren’t ready to debate or talk about, this is something safe for them and their kids. Yes, it does feature a single parent, but divorce is an easier subject than the show dealing with why one kid is putting their family into debt so that they can stay alive. That or fully addressing that Jennifer could be way over her head in bills and her house is going to be foreclosed on.

Overall, this show represents a yesteryear idea of how a family sitcom can be and that is why it is labeled mixed. In the pursuit of not having any sort of controversy or sparking conversations parents might not be ready for, it lacks a hook. At least for anyone besides the generation you assume this was made for. But, with the popularity of shows like Andi Mack and these more mature Disney shows, perhaps this show is but a sad imitation of what kids no longer wish to see? For maybe just having a mixed family, but barely addressing their culture and what it means to be mixed in America, no longer will give you a pass.

Has Another Season Been Confirmed?: Yup, it has been renewed.

Thank you for the great indetail summary so i don’t need to binge it with my boyfriend’s 9 year old sister in a single sitting. Nicely articulated.