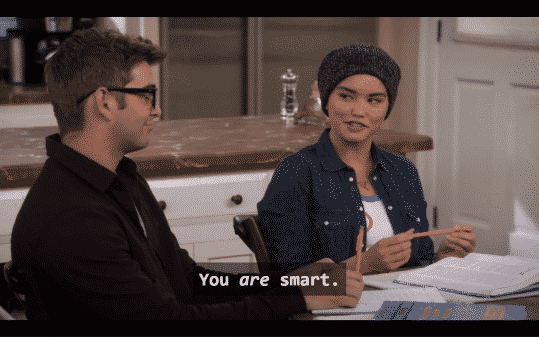 Alexa finds a vicarious way to attend school but in the process, loses one opportunity but gains another.

As shown, nearly every other episode, Jennifer is a bit insecure about not being able to be there for her kids as often as she desires. At the same time, Dave is made out to seem like the parent who may pay for the bacon but isn’t there to cook it and serve it to his kids. Yet, two worlds collide as Dave provides more support to Jennifer in this episode than we have seen him ever do for Lori and his kids.

How? Well, when Jack has a career day, he invited Dave, a pilot, over Jennifer, the director of HR at an insurance firm. Why? Well, as Jennifer proves, making her job seem cool to kids isn’t an easy task. Thus leading to Jack undervaluing it. However, thanks to Dave, he is reminded how much his mom does for people at work, how cool she actually is, and how much she does for him. Leading to Jack having a sweet moment thanking his mom. 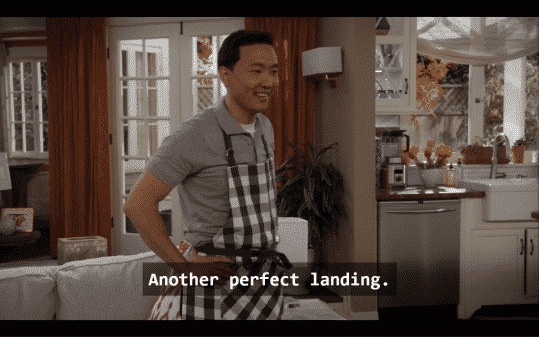 Aw, look at Dave stepping up for someone who isn’t his wife. You know, the lady who seems like she is going to lose her mind worrying about Alexa every episode. All the while her husband doesn’t really share this worry with her – that guy. But, jokes aside, it was nice that Dave facilitated this moment for Jennifer. We’ve seen her struggle the entire season with either money or low-key competing and being envious of Lori, and this was a nice win for her. Even better than the Katie win since that might have been in writing but Jack hugged his mom and thanked her in person.

Despite dances being on the list of things Alexa wasn’t going to really be able to do, because of exertion, she is really gung-ho about being a co-chair of the winter formal committee. Problem is, with Alexa only virtually getting to be anywhere, she can’t do a pitch the way she would do a pitch. She has to rely on Katie and, despite her performance of Romeo and Juliet, it seems talking in front of parents is different than her peers. Thus leading her to ruin the pitch.

Though it isn’t helped by Gwenny, after everyone else cedes responsibility for getting Alexa’s iPad to class, taking the iPad and putting it in her locker. Only to be rescued later by the one person Alexa can perhaps count on. 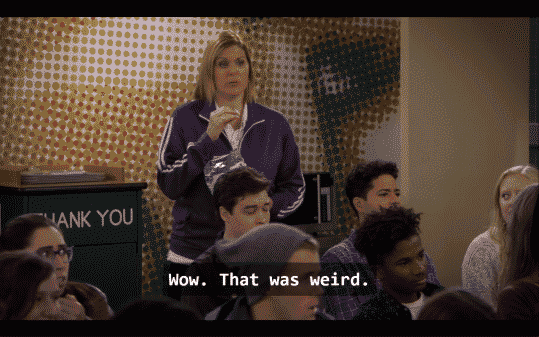 It’s kind of fun to overanalyze Katie. Especially because you realize that, when it comes to public speaking, it isn’t that she can’t talk in front of her peers. More so the issue is, as shown when confronting Gwenny about anything, she can’t think on her feet. While her mom may have inspired her to be a hard worker, she isn’t a hustler kind of hard worker. You set a goal, give her the tools, and she’ll bring her best. However, last minute changes or anything like that? Katie is not your girl.

And I would love to do some, maybe it is because her home life is so chaotic so it makes set standards, rules, and things of that nature what Katie needs to function. Something which does make sense. The issue is, when it comes to the psyche part of this show, while it isn’t totally absent, it isn’t necessarily treated as a priority either.

About A Boy: Dylan, Alexa

You remember Dylan right? The guy who is Lucas’ best friend, tutors Alexa, is sweet towards her but not necessarily like in a second brother kind of way? Yeah, he apparently has some sort of feelings for her and asks her to the winter formal – in a Love, Actually sort of way. But is quickly denied. 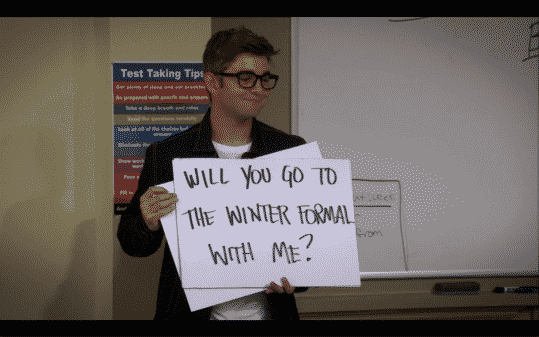 Considering how many tropes Alexa & Katie uses, isn’t it weird our lead hasn’t really exhibited having an outright crush on anybody? I mean, has she been friendly with Dylan? Yeah, but there was never this idea put forth that he couldn’t be someone nice to his best friend’s sister. Sort of like how Jack loves Alexa but pretty much doesn’t bug her much.

But even with Katie, she has nearly gone dumbstruck every time Lucas was around but in this episode, that didn’t happen. Was she too busy to feel that way or has the spell been broken? Heck, even for the other girls, we know Gwenny has a crush but we’ve only seen that guy once. Then, as for Alexa and Katie’s lunch friends, who barely get development, do they have crushes?

Well, with the winter formal coming, it seems feelings should be on full display and maybe they may address Alexa’s. Especially in terms of whether her abrupt “No” was about Dylan, her cancer, boys in general, if not any combination of the three.