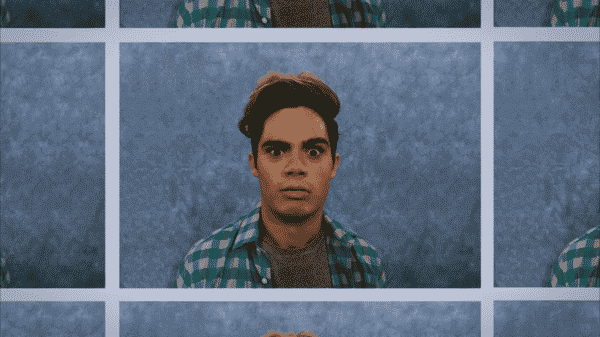 It’s the “Ungroundable” episode all over again, but now Alexa is trying to push Gwenny to be who she used to be.

With Gwenny hugging Alexa, sending cookie baskets, and being extra nice, things have gone too far. So, like when Lori was being too nice, Alexa decides to push Gwenny’s buttons. She tries to with a whoopie cushion, super glue, and even a tarantula which ruins a moment Gwenny can talk to Cameron – a boy she seemingly likes.

Yet, nothing takes. Not because Gwenny necessarily feels bad for Alexa, mind you, but because no one wants to be the person mean to the cancer girl.

Here is what I’m trying to get, how can you be so publicly an ass to someone and no one says or does anything? All of Alexa’s pranks were public embarrassments and yet only Katie says something? Are you telling me no school staff, be it cafeteria or Ms. Calhoun, didn’t say anything? Even the principal? Someone who, despite the cancer, still suspended her for three days? I know this is a tween sitcom but loosening my expectations of what is reality is becoming a bit difficult.

What Could of Ruined Picture Day: Alexa, Katie, Gwenny

Can you believe, out of all people, Katie is the one who reignites the war? All because she, by accident, thoroughly ruins Gwenny’s picture day dress. Thus leading to Gwenny destroying one of Alexa’s wigs and leaving one important question: Why is neither parent flipping out?

But, hey, things are back to normal and that’s all that counts right?

What parent you know is going to let their kid have their clothing dunked in a toilet, ripped apart, and not flip out? Why in the world didn’t Jennifer flip out about Alexa’s wig being ruined? Did this come from the same wig store where Katie’s wig cost $300? Was Alexa’s somehow free due to cancer? Is everyone on the show of that level of finances that these are easily replaceable items?

Hell, all things considered, the super glue prank should have had Gwenny’s parents asking questions. Especially after that cookie basket since, assuming Gwenny is 14, likely her parents paid for or gave her the money for that. Yet, this is the thanks they get.