It’s a feel-good finale which has the slightest bit of drama, but pretty much is one feel good moment after another.

Table of Contents show
1 I Won’t Be Lonely Anymore!: Jack, Jennifer
1.1 Commentary
2 One Dance: Alexa
2.1 Commentary
3 And It All Ended Happily Ever After: Alexa, Dylan, Katie, Ryan
3.1 Commentary
4 Question(s) Left Unanswered
5 On The Fence
6 Follow Wherever I Look on Twitter or Like us on Facebook.
6.1 Previous Episode’s Recap
6.2 Check Out Other TV Recaps

As shown, Jack doesn’t have any sort of friends. There isn’t a Hannah or even a Katie in his life. There is just occasionally a Lucas and other than that, there is just mom. So, naturally, he is lonely and this really leads him to push for a dog. Something that Jennifer isn’t keen on, since Jack barely cleans up after himself, but with her getting straight As, and Lori and Dave saying they’ll pitch in, Jack gets a dog. 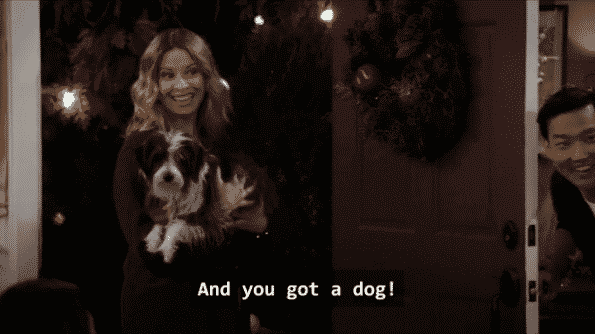 One thing I was kind of surprised about, yet also enjoyed, is the sense of shared parenting Lori and Jennifer have. Pretty much what is Lori’s and Jennifer’s, and vice versa, and that even included sharing Dave on occasion. Like when Dave got pushed off into Lori’s home so Alexa wouldn’t get sick. But I think the dog takes it to the next level for it is something which isn’t convenient.

Letting Katie or Jack have some food out of the fridge, come over and watch TV, all that isn’t a big deal. Having to help with a dog that, really, probably will be over Lori and Dave’s more sense Jennifer’s main issue was her not being home enough, is totally different. Yet, I think there is a shared recognition that Jack is a bit lonely, bored, and better for him to funnel his time and energies into a dog than him maybe veer towards trouble.

With a flu outbreak happening, the dance and Alexa are a no go. Which of course is devastating since Alexa has been getting quite a few wins against cancer lately with her being in school, her hair growing back, and a boy genuinely wanting to go out with her. So to say this set back is ruining her momentum would be an understatement.

Due to the show making its dramatic and sullen moments nothing past being a sort of Shirley Temple pout, it makes anything which would be sad not worth taking seriously. You know it is all going to turn out fine because the show is on a formula that hasn’t changed once.

And It All Ended Happily Ever After: Alexa, Dylan, Katie, Ryan

Because everyone gets a happy ending. Ryan and Katie end up going to the dance together and having a good time. Alexa, thanks to a face mask idea, is allowed to go to the dance, have a good time with Dylan, and they even kiss through the mask. 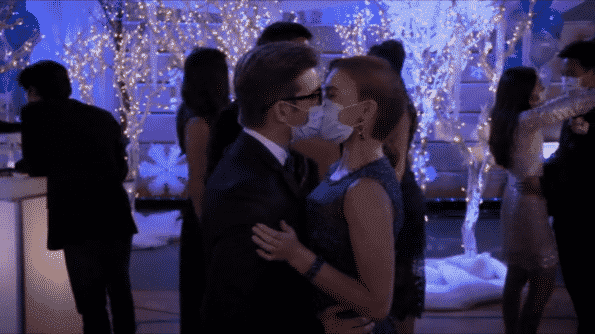 While most shows like this eventually have the use of narration mean a shoe dropping, that is never done here. There isn’t a sudden, and while Alexa was doing great, the dance was the last night I saw Katie or anything like that. Which makes total sense. Don’t get me wrong with how sarcastic every episode’s recap sounds. From the start, with the Y7 rating, it was clear that this show was going to play it safe.

The only question was, would it be so safe it was bland or would there be your usual modern, let’s deal with what it means to be bi-racial, Asian, struggling, and things of that nature. Which the show doesn’t do and that’s okay. It makes it so for people like me, who see avoiding the various complications as weird not get into it, but there has to be clean and uncontroversial shows too. Not everything needs a message besides the importance of community, family, and good clean fun.

Whoops! I didn’t see you already reviewed it.

Are you planning to review season 2?