Katie gets the cancer kid treatment and while it begins with some likable treats, the pity begins to get to her.

With Katie having a life, it puts Jennifer in a bit of a pinch. Now she has no one to watch Jack who clearly can not be a latchkey kid. Luckily, Lucas is available and at $10 an hour, he isn’t too bad. The only problem is, Jack didn’t know he was being babysat. He thought, genuinely, Lucas wanted to spend time with him. Leading to, out of guilt, Lucas not taking payment for one babysitting session. 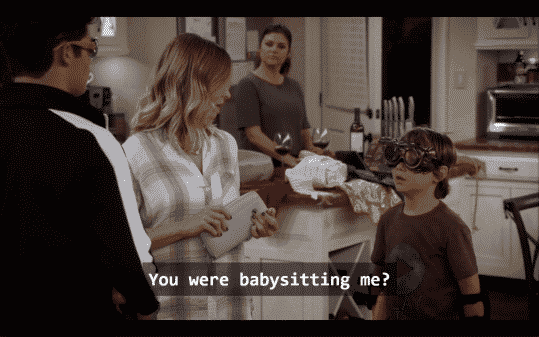 You have to find it cute how much Jack thought someone nearly twice his age wanted to chase him around and do some sort of nerf-like gunfight with him. Yet, on the flip side, also recognize how lonely Jack is. We haven’t seen or heard of him having friends, he isn’t necessarily close to his sister, and his dad, based on episode 3, doesn’t seem to keep in constant contact. So Lucas is the closest thing to an older male figure he has and hearing that he had to be paid to spend time with him, is the slightest bit heartbreaking. Not enough to be bawling in tears, but a little tear may pool at the bottom of your eye.

Ms. Rogers, a highly eccentric drama teacher, because aren’t they all, is doing a production of Romeo and Juliet. Which Katie wishes to play the role of Juliet of, not to kiss Ryan, the eventual Romeo, or compete with Vanessa. Nope, this is because she enjoyed acting as a kid and wants to do another production. Problem is, with the cancer girl cloud over her head, despite her practicing, and being decent, she flops in the audition. However, despite that, Ms. Rogers gives her the part.

What she also gives is a form in which it seems Jennifer was expected to not only sign off on Katie’s work but also contribute to the play. Which, being a working single mom going to school, seems a bit unfair. Luckily for her though, Lori apparently has more than enough time, despite often seeming like a single mom, to do the work asked of Jennifer. 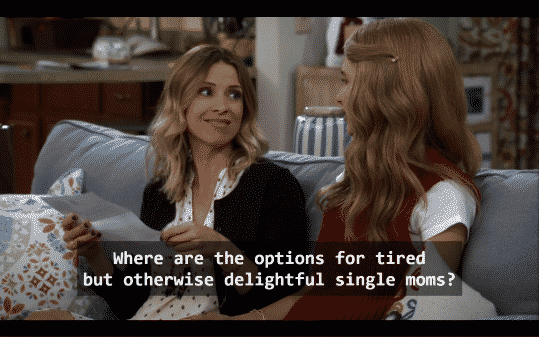 How in the world, with the kind of job we saw Lori have, does she have time to contribute to the play? Especially considering, while she has a husband, he is a pilot and doesn’t necessarily do much child rearing. Yes, the extra income means less stress, but we don’t hear him taking the kids anywhere, spending time with them, or cooking and cleaning. He did take the hair out of the tub but, otherwise, the man is ghostly. Even admits he is barely involved.

But refocusing on Jennifer, you have to appreciate how more shows, like this and Raven’s Home, are addressing what is an increasing norm. The fact a lot of women are single moms and what schools ask of them are ridiculous. Did you hear that list? All of which contained stuff that either had to be bought or handmade? Granted, this is clearly the suburbs but still, who has money for that?

The Truth Is Out: Alexa, Katie

Thanks to Vanessa, and many of the people in the production, whispering, Katie gets really thrown off her game. She can’t concentrate and her acting becomes horrible. All because everyone believes she got the part because she has cancer and Alexa gets sick of it. She decides to, instead, out herself and reveal Katie is bald strictly due to solidarity. Nothing else.

It’s nice that Alexa outed herself and with the comes wondering how Gwenny is going to treat her when she finds out. Also, did you notice, not once, did Katie actually say she had cancer to anyone? Anyone else glad they didn’t force the already awkward Katie, awkward in a good way, to talk about what it is like to have cancer?