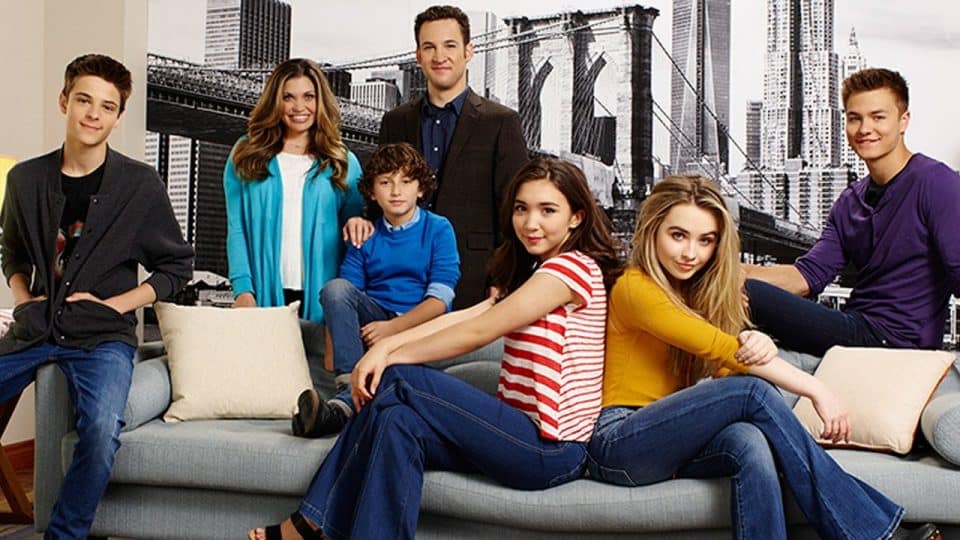 As a new year begins in Riley’s life, she is reminded that despite life often focusing on bending to her will and whims, she is not the center of the universe.

Each Page Corresponds to the Episode Associated

Being that Mrs. Svorski (Cloris Leachman) is ready to retire, she asks Topanga to take more hours away from being a shark lawyer to help around the bakery. Something Topanga wouldn’t mind doing but, considering Katy needs a better job, and likely is planned to be more central to the story, Topanga has her work in the bakery in her place. Thus leading to Mrs. Svorski being relieved of duty, bad jokes, and getting to relax.

Topic 2: Kings of the Universe – Riley and Maya

With it being 8th grade, Maya and Riley are dreading another year with Cory as their teacher. Alas, at least at first, it seems Cory won’t be their teacher. That is, until they scare away the new teacher; leave Cory’s class and return to it, after the new teacher doesn’t present them as the focus of the classroom [1]; and then decide it is just better to stick to what they have then venture out there on their own.

Topic 3: You Say Goodbye and I Say Hello – Riley and Cory

Throughout the episode Riley has a monologue to establish how she isn’t the center of the universe, and it almost comes off like some sort of fearful precedent that the child may now have monologues throughout the episode. However, the truth is, it seems Mrs. Svorski wasn’t simply retiring. In a unspoken way, it seems she knew her time on this Earth was shortly coming up and just wanted to establish that the place she put so much time into would live on. And even if it went by a different name, had different groups, and even higher prices, at the very least the bakery she loved would live on. Making for quite the teary eyed moment which especially became sentimental, or perhaps emotional, with Cory calling Mr. Feeny. For with, perhaps, Cory seeing his son lose someone he grew close to, it reminded Cory that there is always the possibility that one day his mentor, a constant figure in his young life, could also leave his world at any moment.

What saved this episode for me was the end. For, while I did laugh at some of the jokes and situations, largely I am reminded I’m too old for this show until it gets serious. Because when we have Maya and Riley walking around barefoot, due to pride, this is when I’m ready to check out and call it a day. However, you have to admire the build the show had toward revealing Mrs. Svorski passed away. For whether it was the woman talking about retiring; how the world doesn’t revolve around Riley, and there are similar universes to hers, and ones which are quite different; and then the presentation we saw throughout the show, it was almost like a quick jab to the gut.

Leaving me constantly reminded that this show is always trying to appeal to both its new audience, as well as Boy Meets World alumni by bringing what Disney possibly wants, and what the fans need. And I swear to you, when Cory called Mr. Feeny I was bawling. If only because, for one, I thought Feeny was dead the way we saw him in season one, and two, there is this unfortunate thought that the man who plays Feeny could die before this series ends. And while Cory and Topanga, as well as Shawn, may not be the stars of the show, you know when that tribute episode comes it is going to be the saddest thing ever and a reminder that whether it is Boy Meets World or Girl Meets World, life is just as Riley spoke. One in which we find ourselves revolving around others for warmth and stability, and without them becoming lost and alone.

[1]: In the other teacher’s room, a similar situation to what is happening in Cory’s room is established. Meaning the teacher’s daughter and best friend are in her class, as well as the daughter’s love interest, and they even have their own Farkle.