The Following is a list of cast and characters from the Crunchyroll program The Rising of the Shield Hero (Tate no Yuusha no Nariagari) and their status at the end of the season(s).

Characters description and pictures used are changed as notable information is presented and better screenshots are taken. Please note: This is not an exhaustive list of every cast member. Based on his introduction, 20-year-old college student, Naofumi, was a nice kid in his version of Japan. He helped his parents get his little brother in line, and while into video games, he wasn’t a shut-in. He was just an average, arguably unremarkable, kid. However, that changed when he got summoned to Melromarc and was assigned a legendary… shield.

Being given a shield, alongside his less than noteworthy persona, made it so, when it was time to form a party, and gain experience, no one initially wanted to join him. However, one person did who took our bright and bubbly Naofumi down a dark path. One that would change the way he presented himself to the world forever. 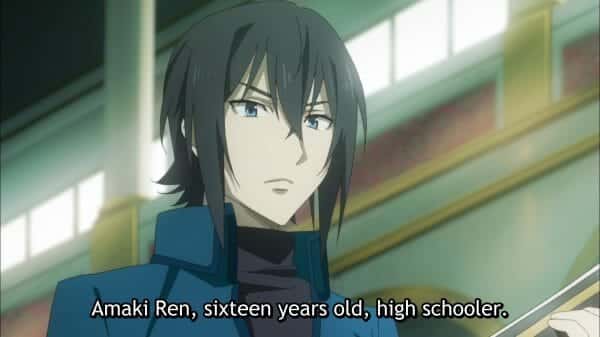 Despite being a 16-year-old high school student, Ren is arguably the most mature of the four cardinal weapon holders. His specific weapon is a sword, and it seems, compared to Naofumi, Itsuki, and Motoyasu, he is the least social of the four. Something he has no shame or hesitation in making clear. The oldest of the four holders of the cardinal weapons, at 21, the lance-wielding Motoyasu is a college student and clearly one of the most charismatic of the group. When it comes time to develop parties to train, most of the female warriors join Motoyasu. However, whether or not he is a good guy is up for question. At least in terms of his relationship with Myne and whether or not he was aware of what she wanted to do to Naofumi. The 17-year-old Itsuki is the wielder of a bow and arrow. In a way, he is a younger version of Motoyasu in terms of charisma, charm, and has some of Naofumi’s initial enthusiasm. However, like everyone else, when things look terrible for Naofumi, after a grave accusation, he doesn’t ask any questions. He just assumes the worse of Naofumi – seemingly based on previous preconceived notions. 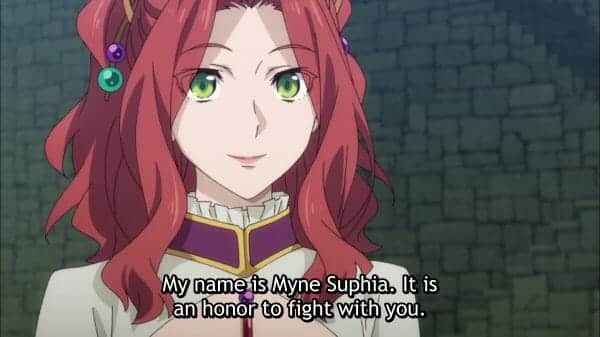 At first, she was just another female warrior captured by Motoyasu’s charm. Someone who seemingly would be nameless but then decided to be the only one to offer themselves to join Naofumi’s party. Something which, at first, seemed to be an okay arrangement. Yes, he was spending a lot of money because of her, including for wine and weaponry. Yet, with him being given 800 silver coins, which appears to be a lot of money, and her doing him a favor, it’s hard to not want to thank her kindness.

However, in return for his generosity, he is given a rape accusation. One which is taken seriously within the kingdom of Melromarc for they are a matriarchal society, per Myne. Leading to everyone turning their back on Naofumi quickly within the country and Myne getting away with all that was brought for her. Oh, I should note, while returning to Motoyasu’s side who may or may not be the wiser.

Leaving us to question if she is going to play Motoyasu in a similar fashion or, as Naofumi accused, they already had an arrangement. 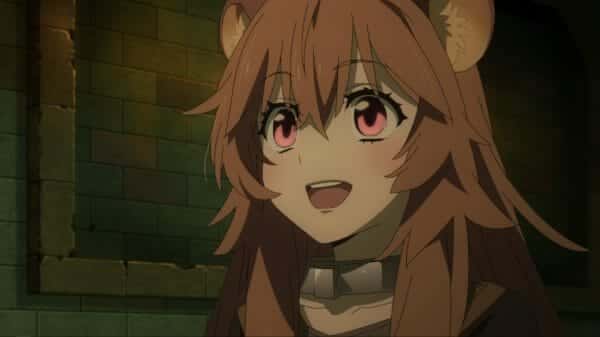 An orphan, thanks to the first wave, Raphtalia is a demi-human who becomes Naofumi’s first follower. Granted, not by choice, but him buying her. However, in time he becomes like a younger sibling or child to him and they become close. Even to the point of her conquering her fears to save his life. 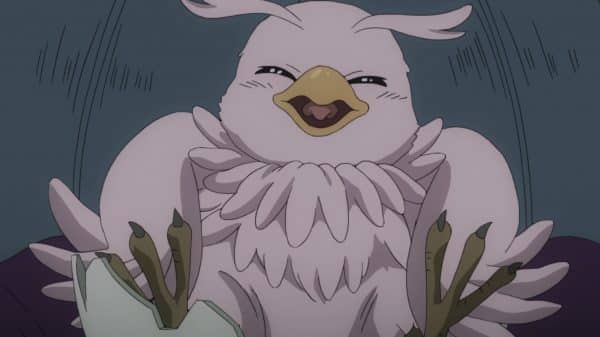 Filo, originally, was just another being Naofumi purchased from Dorei-shou – a simple investment which was supposed to be a bird, which could become a dragon but ended up becoming a young girl with wings. 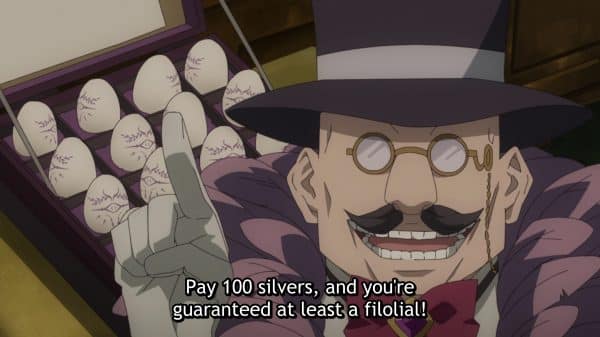 Dorei-shou is a slaver who Naofumi uses, despite him being a bit suspect and not revealing how he has gotten his various slaves.

Melty, despite older sister Myne, is next in line for the throne and is far more mature than her demented sister. One could equate this to her seemingly being raised more so by her mother than her father. The Pope: God is equally compassionate to all.

While most nobility turn their nose up at Naofumi, especially in the castle, it seems the Pope lives up to his position and believes in forgiveness. Those under him, not so much, but he chastizes them for disrespecting Naofumi so while not an ally, at least he gives Naofumi a fair deal.

Additional Information About The Pope

Glass is a powerful fighter who appears during the second wave and introduces herself as an enemy to the various heroes. Though her sights are keenly set on Naofumi since he is the only one who is a true example of a hero. While all powerful due to Melromarc being a matriarchal society, there is something strange about the queen. Between seemingly being unable to move freely, using a shadow task force, and sending Melty to handle her errands, something fishy is going on.

We learn the reason the Queen seemed limited in movement was due to her traveling at a time when the King had upset many nations. So as she quelled tempers of other kingdoms, she was careful as to not leave herself vulnerable to attack. Even with her shadow figures all about. Elhart was the first, and for a long time only, person within Melromarc that would provide Naofumi and his team weapons. For with his reputation being that of a slaver and a rapist, it made him a social pariah. But, in time, Elhart took pity on him and it led to them becoming cordial and friendly. Now, he is who Naofumi uses exclusively for armor and weapons, unless referred to others. It isn’t 100% clear why in a matriarchal society it seems the king is the one ruling. However, taking note of Myne’s influence on the King, even if he is currently making important decisions, she is likely pulling the strings. A prime example being her pushing the King to hate Naofumi. A friendly to demi-human lord who rules one of the outside provinces of Melromarc and whose family is friendly to the queen. 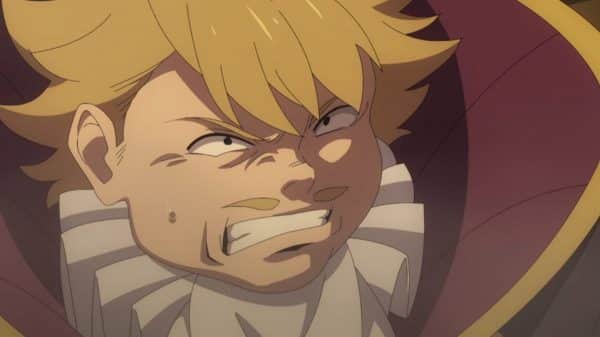 A follower of the Three Heroes Church, like Myne, his vehement hate of Naofumi leads him to kidnap Van and torture him to find out where Naofumi is. He even was going to torture Melty for the information until Naofumi showed up. But what may make him most noteworthy is he is Raphtalia’s former slave master. 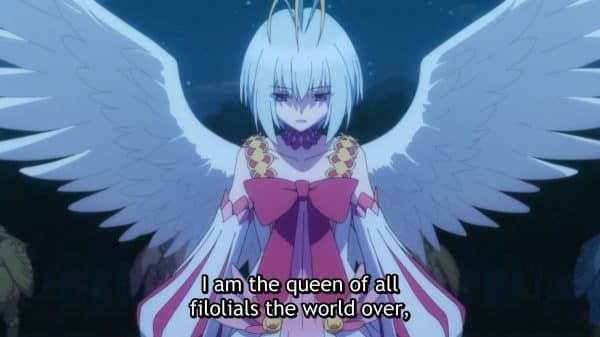 Fitoria is the queen of Filolials who has been alive for centuries. Part of the reasons she has lived so long can be contributed to her being raised by a cardinal hero. Someone who she thinks of fondly and because of them, she fights the waves the new cardinal heroes ignore.

Much isn’t known about L’Arc when we meet him besides him being an adventurer who definitely is older than the Cardinal Heroes. Also, he travels with a woman who is likely a spell caster. Terese is L’Arc’s ally and a spell user. One who has an affinity for jewels.

How Does Season 1 of The Rising Of The Shield Hero End?

He becomes the governor of the demi-human region, known as Seyaette, which covers the fishing village Raphtalia is from. He also ends things at or around level 73.

The other three Cardinal heroes seem to still be making the mistakes they did in the past. Ren remains rather isolated from the others, Motoyasu still has Myne by his side, despite her past transgressions, and Itsuki is now the one being manipulated by his followers.

After losing her title and status as a member of the royal family, it seems all of her efforts are split between Motoyasu and trying to commit petty acts of revenge.

While frightened by Naofumi’s repeated vocalization that he won’t be around forever, with him helping to restore her village, she has a major project to take her mind off of that.

As always, she is happy go lucky and while she is destined to succeed Fitoria as leader of the filolials, that isn’t for centuries.

Despite Naofumi becoming a governor, making it seem the likelihood of him becoming a customer once more is nil, Dorei-shou still enjoys a boost in reputation from Naofumi formerly buying from him.

With the threats to her person and kingdom handled, minus the waves, Melty seems to split her time between her royal duties and spending time with Naofumi and Filo.

Violently dies after Naofumi uses the attack “Blood Sacrifice” on him. Thus ending his rebellion.

After being defeated by Naofumi, due to him using the Soul Eater shield, she is forced to retreat back to her world.

Joyful due to peace and some sense of stability returning to her region, she thanks Naofumi for his work and is the one who gives him the ability and land he governs.

He continues to be Naofumi’s exclusive weapons and armor dealer with a smile.

The disgraced former king seems to wander the castle trying to come up with schemes but the Queen catching on before anything happens.

Despite his injuries, he is alive and well.

Idol is killed after summoning a beast he had hoped would kill Naofumi.

She likely continues to fight the waves in other kingdoms as Melromarc remains the only one which has the Cardinal Heroes’ attention.

After their battle with Naofumi and his allies, they return, with Glass, to their world. Noting that they will return. For it seems the waves won’t end until one set of heroes, or the other, dies.

The kingdom in which we spend most of the time in on the show, it is human dominate and also a matriarchal society.

A Rome appearing land which is home to many a mercenary.

A demi-human dominate kingdom next to Melromarc which often seems to supply slave-like labor to Merlromarc’s outer provinces.

A bonus field which appears once every 10 years and is a location which offers a XP boost.