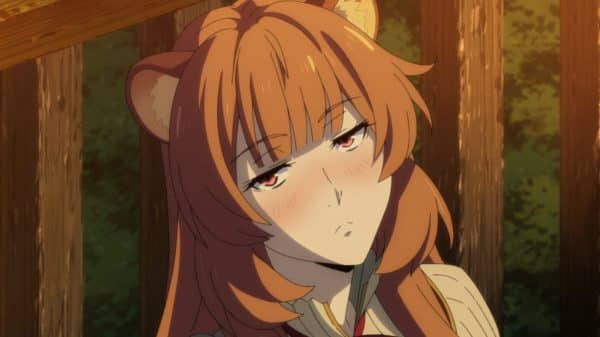 What begins as just a regular day of defeating monsters and the Cardinal Heroes bickering turns into a stark realization.

With being in a cabin alongside L’Arc and his partner Terese, Naofumi finds himself being far more social than he usually is. Though, what helps is that they don’t believe him to be the Shield Hero. After all, said person is supposed to be nasty and a bunch of other negative adjectives. Naofumi, on the other hand? Well, he comes off a bit weird he is but a kid. How can he be a legendary hero, right? Much less one who allegedly raped a princess and so much more?

So, considering that, there is an offer to join parties and when they do, they have a good time. This includes Naofumi, on the side, making an accessory for Terese and her being so in love with it, she hands him a bag of gold. Leading you to wonder, when they learn the truth, how will they react?

While things go well with L’Arc and Terese, thus far, when it comes to the Cardinal Heroes? Same issues, different location. If it isn’t listening to Naofumi about how their skills work then, it is battling over an area to raise their XP – which they cannot do in the same area.

Luckily though, the four of them, and their egos, are small enough to not constantly clash. However, during the little bit of peace Naofumi sets aside, he and Raphtalia find themselves heading beneath the water, in strange scuba gear, and discovering an ancient temple. One which has a dragon’s hourglass, meaning the location can be attached, and them learning it will be two days before the next wave.

The Possibility Of Glass Returning

There is something about the ebbs and flows of this show which make it so when it is good, it is good. However, when we get episodes like this, it becomes something you watch because you’ve got this far. Which isn’t to imply the show is suddenly bad, but it has lost its excitement a bit. Primarily since it has avoided a lot of the more interesting stories it could have pursued. For example, we haven’t gotten to see the other kingdoms, or their leaders. Also, while we’ve gotten a taste of how the politics work, it is a very minor part of what is morphing into a generic action/ adventure with too many episodes. Add in the emotional, or dramatic, element is inconsistent, and it makes you feel like the main reason to stick around is loyalty. That and Glass returning and having an epic fight with the Cardinal Heroes.

The Possibility Of Glass Returning - 80%