Cast & Characters of The Promised Neverland

The following is a list of cast and characters from the program The Promised Neverland.

Character descriptions and pictures used are changed as notable information is presented and better screenshots are taken. Please note: This is not an exhaustive list of every cast member. Only those who have presented themselves as an important part of the show are noted.

A group of kids discovers the world they live in was created to breed them to be eaten by demons. Thus leading to plans being made to break out and search for humanity. 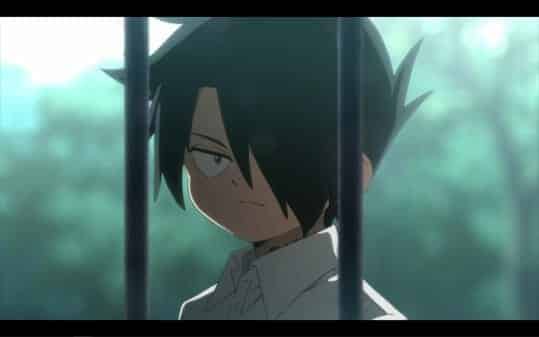 Ray is one of the three oldest kids, all 11, who also is one of the smartest. His gift is mostly in thinking logically, and this leads him to not be as active or social as Emma and Norman. However, when it comes to escaping the farm, it is realized he is a necessary member to get it done. 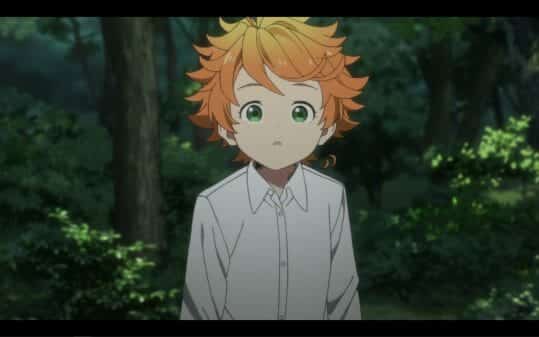 The sunny persona that is Emma is the oldest girl at the farm and probably the most loving person amongst all the kids. She is also the most significant complication when it comes to escaping for she wants all 38 kids, including herself, Ray, and Norman to escape. 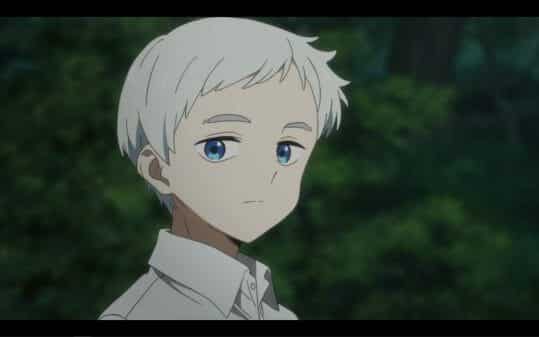 Norman is a mix of the fun-loving persona Emma has with the intelligence that Ray exudes. Making him the balancer of the two and often the mediator. He is also, due to a crush on Emma, the sole thing holding Emma’s plans together and coercing Ray to play ball with what Emma wants.

Conny was one of the younger members of the farm, and also of average intelligence. Ultimately, she is the reason everyone discovers the truth about what the farm is after Emma and Norman discover the truth.

Isabella is known to the kids as their mom, caretaker, and later part of the process of them being harvested. It isn’t clear whether she is human or some of the kids’ biological mother, but it is clear she is working for what appear to be demons. 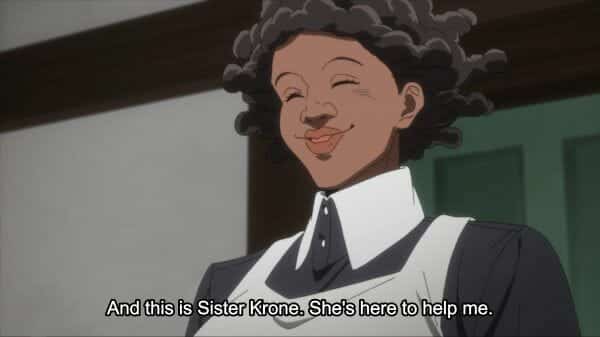 Sister Krone is brought on board after Isabella discovers some of the kids, she isn’t sure who just yet, have learned the truth. So, to keep them from escaping, she has a second person to keep an eye on them. 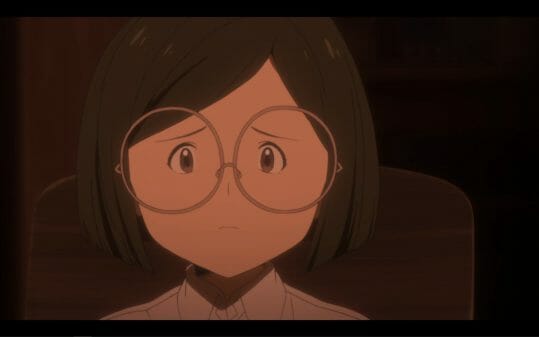 Gilda is one of Emma’s friends, outside of Ray and Norman, and was very suspicious about what was going on before she knew the truth. But, now with her being included, things are better between them. Don had a really hard time accepting Isabella, momma, was a bad person. However, mentions of Conny have been a driving force behind him working with Ray, Norman, and Emma. But, with them not taking Conny’s rescue seriously, since he is led to believe she might be alive, he acts reckless. Grandma is the manager of each farms mom and seems to be as cold blooded as Isabella. Who, from what it appears, was one of her children when Grandma was a farm mother.

A tale demon who more so goes out than Mujika, and is the reason Ray is alive. 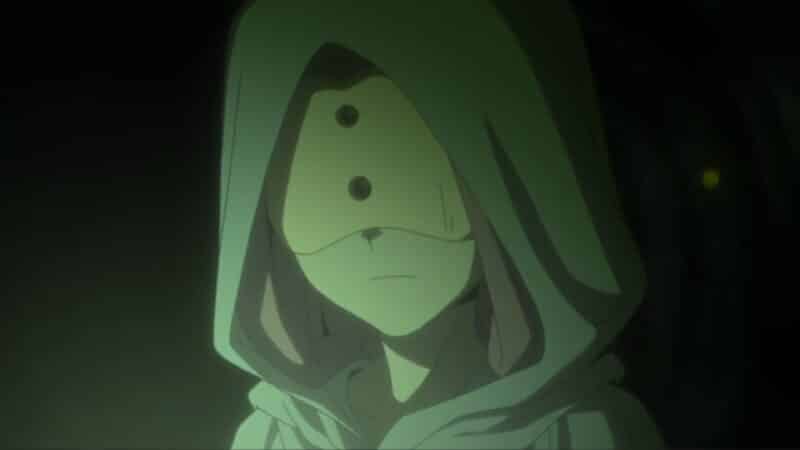 A demon, like Sonju, who does eat meat, but doesn’t eat humans, thus getting the both of them branded heretics.

James Ratri is William Minerva’s real name and he formerly was affiliated with the farms. However, in time he found the association unbearable and so he started creating books to assist kids in possibly escaping. In time his actions were discovered, and he was pursued as a traitor. 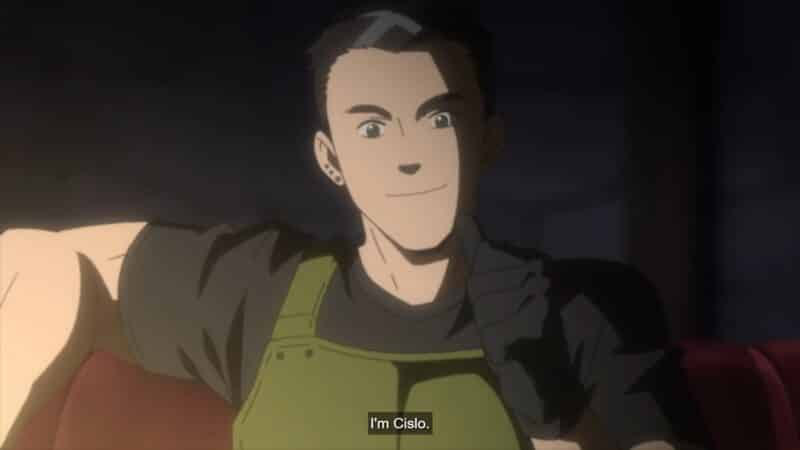 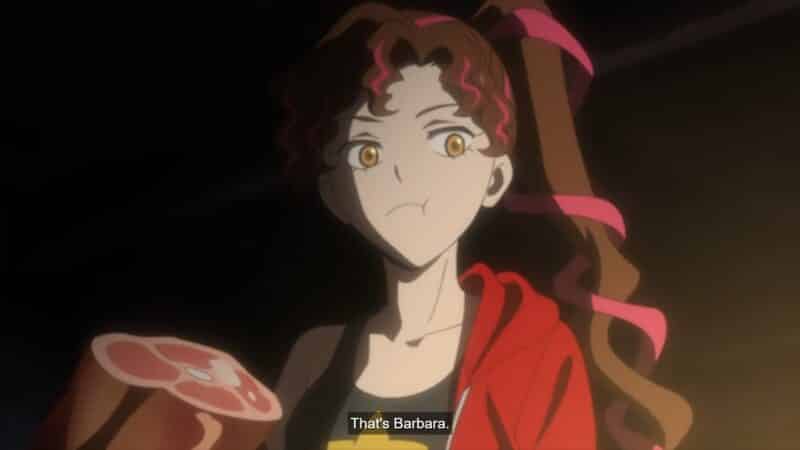 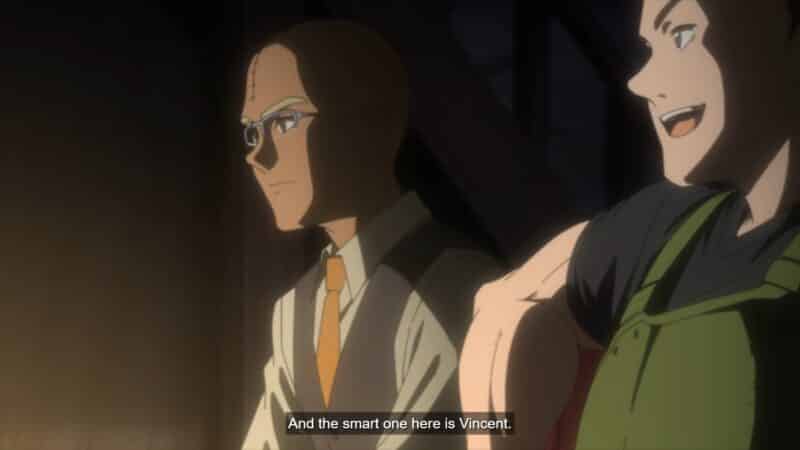 One of the scientists at the Lambda research facility and is the gatekeeper to the human world. 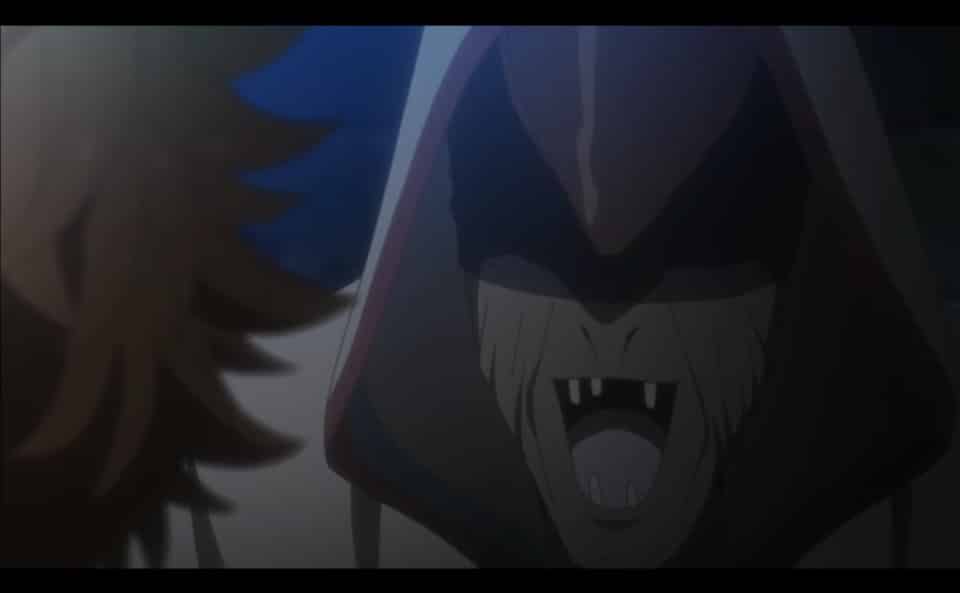 An older demon who, like many, have benefitted from Mujika’s blood.