Season 2 of “The Umbrella Academy” still has a villain problem, but with heading to the 60s comes a new timeline to save and blessed characters.

Five warned his family (so, so many times) that using his powers to escape from Vanya’s 2019 apocalypse was risky. Well, he was right – the time jump scatters the siblings in time in and around Dallas, Texas. Over a three year period. Starting in 1960. Some, having been stuck in the past for years, have built lives and moved on, certain they’re the only ones who survived. Five is the last to land, smack dab in the middle of a nuclear doomsday, which – spoiler alert! – turns out is a result of the group’s disruption of the timeline (déjà vu, anyone?). Now the Umbrella Academy must find a way to reunite, figure out what caused doomsday, put a stop to it, and return to the present timeline to stop that other apocalypse. All while being hunted by a trio of ruthless Swedish assassins. But seriously, no pressure or anything. We remain firmly in the belief that Vanya, and Ellen Page in extension, brings us the best character and performance on the show. Which, I know, doesn’t seem to be a universal thought, at least going by social media comments, but as with season 1, Page is the only one who consistently brings a pulse to the show.

Take her relationship with Sissy, a Texan mother who is either bi-sexual, a lesbian trying to make it, or just someone longing for love and freedom that Vanya is able and willing to provide. And the way Page and Ireland interact, it gives you more than queer representation, but a love story you want and are invested in. Add in Harlan, Sissy’s son with an undiagnosed disorder, and you see a complicated but loving family unit.

But if they doesn’t solidify things, there is also Ben saving Vanya from potentially starting the apocalypse. In episode 9, “743” Vanya and Ben have a moment in her subconscious that allows us to see Vanya not just as one of the strongest individual characters but also a valued scene partner. For Ben has long been bridled by Klaus and made to be the straight man to his antics. However, with Vanya, we get a sense that Ben could have been her male counterpart in terms of giving this show real emotional depth. Rather than situations and setups you can tell are supposed to inspire emotion but fall short.

Case in point, Allison’s relationship with Ray? They dropped the ball with that. Yet, you have to admit, just like the show allowing Vanya to give representation to queer voices, Allison giving a voice, without using her rumor ability, to further the civil rights of local Black folk was a wonderful storyline. Especially since it delved into the inner workings and focused on that rather than just on demonstrations.

Specifically, what we enjoyed, was the acknowledgment of how in the fight for racial equality, there remains an established lack of gender equality – like when Ray wasn’t able to attend a meeting, and Allison’s ability to lead was downplayed. But, alongside that, in season 1, Allison, while going through her divorce and so much more, noted how she wanted to establish a life where she didn’t have to, or didn’t, rumor people for what she wanted, and she got it. She proved to herself her voice, without coercion, could inspire, attract, even mobilize people. Thus creating quite a sweet arc.

Generally speaking, we aren’t a big fan of Klaus. He’s a comic relief whose shtick doesn’t tickle us, and as much as we enjoy Sheehan’s whimsy, the only shining moment for him, to us, is his love of Dave. A character who, due to the gap between seasons, we honestly forgot about, but the reminder and getting to know Dave further got us wishing more could have been done.

Yet, like Sissy and Vanya, Texas in the 60s didn’t really allow for what Klaus wanted, and though Dave may have internally wrestled with his feelings, his fate was sealed. And with that, we got a glimpse into Klaus being more before going back to his usual persona.

Reginald was always a distant figure whose backstory was sparse, beyond him being some kind of alien. However, we get to know his story a bit more in the 60s, and I’d say, through Grace, and him sitting with the kids, we get a bit of personality as well. Heck, you can even see, when it comes to Five, where he gets his cutting criticisms as Reginald slices up Diego like a cucumber.

Making it so, like Allison, you can see a lot done with the character to further their development and expand on viewers’ perception of who they are. 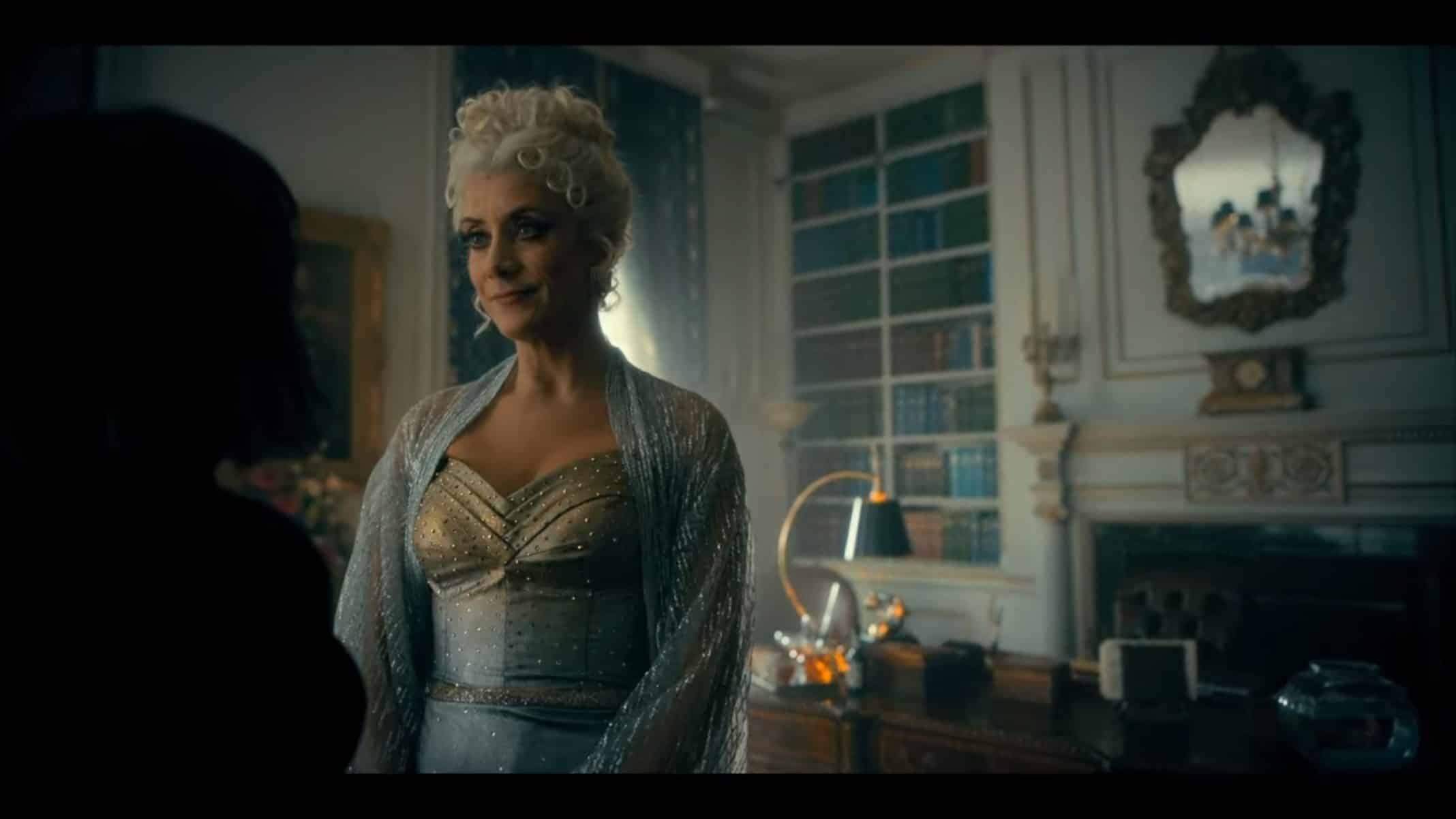 The Swedes were pathetic, and to add insult to injury, they didn’t even have much of a personality. They were just weird, pale, and had the vibe of psychopaths but ultimately were the Three Stooges without a laugh track. Though The Handler was no better. She, like them, was all surface impression, but not much else was there.

Granted, like Klaus, it could just be what humor she could bring to the situation didn’t click with us. But our main issue is she didn’t seem formidable. Hell, even when she ascended to the top of The Commission and was ready for war with The Umbrella Academy, Vanya, on her own, wiped out the majority of agents. Ultimately leaving The Commission and The Handler in such a state that neither may ever be taken seriously again.

Was it fun watching Luther fight? A little bit. However, beyond that, as Allison showed growth, Klaus had his moments with Dave, Ben stepped out of Klaus’ shadow, and Five was actively trying to get things done and was comical, had good fight scenes, and handled the less intense moments well, Luther floundered. He remained this character that you can tell was dependent on a someone with more development, personality, what have you, to gain even a minuscule level of interest or relevancy.

To us, this is sad and disappointing. Season 2 should have built off what Luther has said and done season 1, but instead, we got more of the same. If not Luther getting worse since he has become a shell of who he once was and now is a joke.

As a love interest to Diego, who was a fellow escaped mental ward patient, Lila was ace. Yes, her fighting abilities raised red flags, but she gave to Diego what he didn’t really have before – a reason to take note of him. For, when in doubt, it seems the show just puts a character in comedic situations to compensate for lack of development, personality, even relevance at times.

Yet, with the Lila and Diego pairing, there was something sweet, and as she opened up to Diego, you could see Diego too blossom a bit as a character. Which made the reveal that The Handler was Lila’s mother, and she was a double agent asinine. It pretty much clipped her at the knees, and it didn’t even end up benefiting The Handler and making her seem more evil. All it did was impede Lila’s potential for even in addressing Lila learning the truth, it didn’t hit as hard as it should have.

The Apocalypse Becomes A Afterthought

You’d think world war III would be a big deal, but with only Five caring about it, as the rest of his family deals with personal drama, it becomes an afterthought. To the point that you may not even theorize who was going to cause the apocalypse, how could it be stopped, and when the members of the Umbrella Academy do stop it, it’s not this triumphant thing. It’s on the same level as one of the Swedes dying about midway through the season – anti-climactic.

While you have to appreciate that season 3 likely won’t feel like a repeat of the first two seasons, I can’t say whether or not the clear shift is going to be enjoyable or not. For it is just so sudden that it leaves you on the kind of cliff hanger that may make you say, “You know what, I’m just going to get off here” and let go. 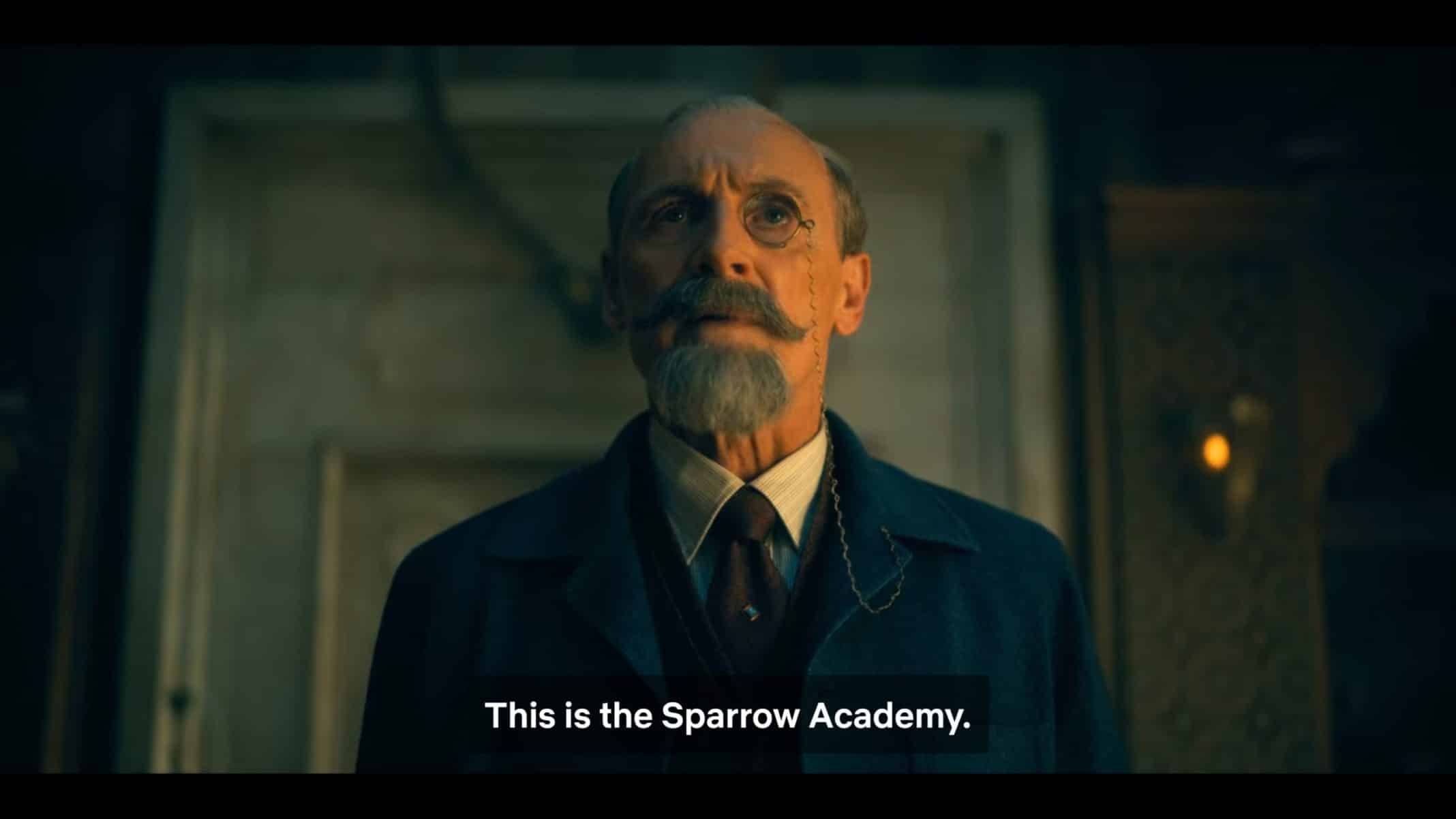 While you have to love Vanya as a whole, and Allison’s storyline, The Umbrella Academy barely avoids a sophomore slump. For while it develops a handful of characters, largely it operates on an “If it isn’t broke, don’t fix it” mentality which allows for one too many characters to not pull their weight.

The Apocalypse Becomes A Afterthought - 72%

while it develops a handful of characters, largely it operates on an "If it isn't broke, don't fix it" mentality