Wherever I Look
Recaps, Reviews, and So Much More
Home TV Series Our Kind of People: Season 1 Episode 1 “Reparations” [Premiere] – Recap/ Review (with Spoilers)
TV Series

Outsiders try to infiltrate high society with the goal of not only fitting in but learning the truth and potentially revenge – what more can you ask for?

After her mother’s passing, Angela moves herself, daughter Nikki, and Aunt Patricia to Oak Bluffs where she has inherited a building her mother, Eve, owned. There, she finds herself trying to integrate into local high society, which is a challenge for everyone, but she comes from old money, and everyone is very cliquey.

For example, Leah Franklin-Dupont, at the center of it all, is the new president of the Graceties, a Black Sisterhood that Angela is seeking to join. This, as you can imagine, isn’t allowed to be an easy task and what complicates matters is Nikki interacting with Leah’s daughter, Lauren, who is secretly gay, alongside Lauren catching the eye of Lauren’s brother Quincy.

However, that’s just the warm-up for the big to-do is Leah getting ready to overthrow her father, Teddy Franklin, and Leah not knowing that Teddy is Angela’s father who tried to pay off Eve long ago! But, all of that shall unravel in time. 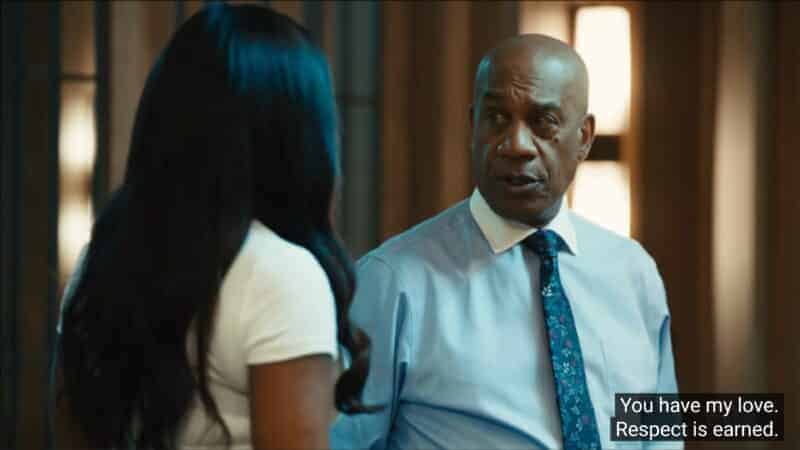 The benefit of having Joe Morton on your show is that it means you have cast an orator. Someone who, with precision, will slice up any character they are in a room with, and even when they are or should be on the ropes, you are just waiting for them to reveal what is up their sleeve. That is how we felt as Leah thought she took down her father, and it really makes us curious to know how will Angela confronting Teddy will go down.

Do you know what the best kind of drama is? The kind with cutting words, nasty looks, and people making a scene without laying their hands on you. That’s what high society drama offers, alongside a taste of politics, as playing and keeping your position requires a strong network and the occasional power play. Leah already pulled one on her father, and I feel that, with her husband Raymond working for the same company, the brotherhood he and Teddy share may trump the blood Teddy shares with Leah.

Though, let’s not discount what Angela could do with her street smarts. Never mind, there perhaps isn’t any better place to gather information than a beauty shop, nail salon, or any place which caters to pampering its clientele. So it won’t take too long for Angela to get all the tea. What I really like about new shows coming out, especially those featuring Black folk, is that they are trying to diversify when it comes to skin tone, how the characters look, and their ages. We have multiple characters, who aren’t directly related, who are elders with full lives and opinions. The middle-aged characters represent the shift in culture that their forebearers aligned to get where they are, and then there are the young adults who show there still are quite some miles to go.

And to add onto that, while Lauren is closeted, we don’t know if their girlfriend Taylor is or wants to be, and it isn’t clear what Nikki might be. Add in we have characters like Josephine, Olivia, and others who don’t restrict us to just one way people can look and be considered upper crust, and it truly is a wonderful thing. Especially as the premiere helps you realize it isn’t just about the look, but everything you can possibly think of to show Black people aren’t a monolith.

I don’t care what anyone says, I’m happy everyone is dating a Black man or woman. I get many Black dominant movies and shows feel the need for one token, but not meeting one person who wasn’t Black have a notable role was awesome to me. Which, I know, if things were reverse, it would be a problem. However, I feel like the more diverse a show is, oftentimes, they lessen how much an individual’s culture comes into play. So the more hyper-focused a show is on a Latino community, Asian community, or Black community, we get what was lost as shows upped their racial quotas beyond a Black best friend.

Which, in the long run, I hope means that Our Kind Of People can really explore Blackness in a way often limited on other shows. Especially regarding those like Leah, the Black elite, and Angela, who doesn’t neatly fit into the extremes of bougie or hood.

Who doesn’t love a good flashback? Especially when they complement their modern-day counterparts as we saw with Little Angela and Eve? It enhances the present day, and I’d rather a show exhibit what went down, with the actors speaking, than a conversation or giving us narration. Let me feel like I’m there and know what is going on. I don’t get one-sided prospectives in present day, so why should I when we’re talking about the past?

I wouldn’t say Our Kind of People is must-see television. Do I enjoy it? Yes. However, you could submit it is the Black version of a show you saw once before without forcing itself to deal with the remake stigma. But if you like high society drama, people trying to get revenge, get on the come up, and family drama, this is for you. Do I think this would have probably done better and be safer from cancellation on other networks? Yes. Though, the fact FOX is still willing to take chances on shows like this is all that matters, and I can only hope with the network giving those involved time, it can break away from any and all comparisons and stand on its own. 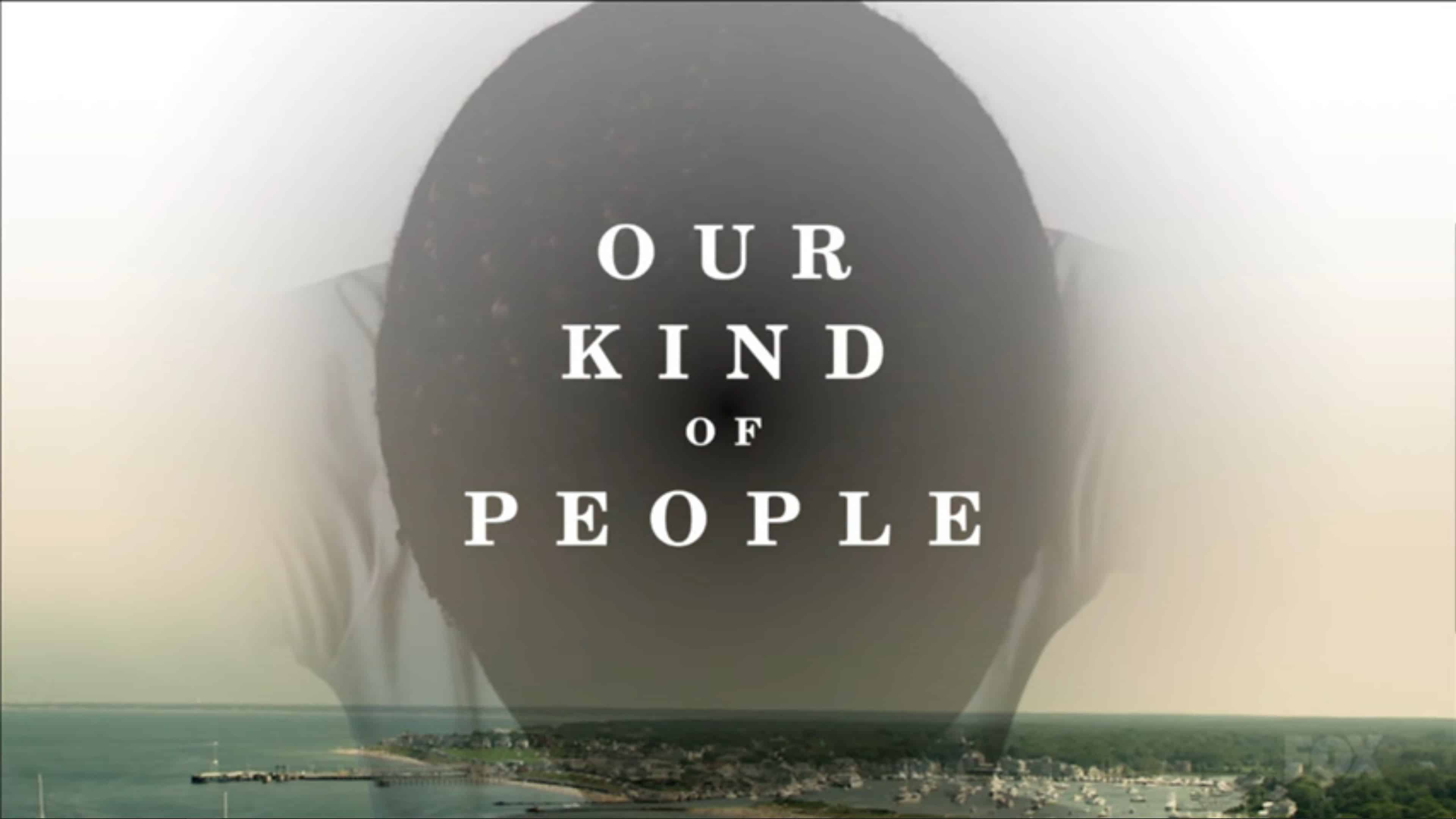 Our Kind of People: Season 1 Episode 1 “Reparations” [Premiere] – Recap/ Review (with Spoilers)
Who Is This For?
Those who see Lee Daniel's name and not only accept the kind of drama there will be but also trusts that despite some of the theatrics bound to happen, there will be layers that other producers don't push for viewers to see on screen.
Highlights
All Black
Flashbacks
The Visual Diversity & Potential Diversity In Perspectives
High Society Drama
Joe Morton
Disputable
86

If I over-stepped in my previous post, please, please let me know!!

You didn’t overstep at all. I’m just so far behind with so many things that I don’t always notice there is a new comment.

The ratings aren’t looking that good right now, but the show could bounce back and, like you, I’m very used to tokenism and have found it to be the norm. Heck, even when UPN was around, things usually got flipped and there was a token white character. Eddie Murphy even said, when it came to “Coming To America” that Louie Anderson was cast because the studio wanted at least one white actor.

It’s a weird thing to think about, in regards to this being a Black majority cast, but it’s mainly weird since there are less and less shows which focus on one race or culture, especially if the network has diverse programming. Add in that “Our Kind of People” doesn’t have some kind of white boogie man, like “Lovecraft Country,” or “Queen Sugar” and it really makes it stand out amongst programming with a Black cast.

So, I do hope it’ll get a second season but I don’t know if it will due to this being on FOX.

Hi Amari! Don’t worry about taking a while to respond to my comment(s). I know you have *a lot* on your plate!!

I had forgotten about Louie Anderson in “Coming to America”. It took me a while to remember what part he played. But it’s interesting that there had to be a white actor in the movie! I wonder if the studio made the same demand for the sequel? I haven’t seen it yet, so I don’t know if there are any white actors in it.

IMO, Fox is not patient when it comes to keeping low-rated shows around to try to build an audience. So my fingers are crossed that the ratings, for some reason, start going up so Fox has a reason to keep it around for another season.

A part of me thinks, if this was released in the summer time, the time period the show takes place, it might have done better.

I totally agree! But then Fox likes to air reality shows in the summer, like “Lego Masters” and “Crime Scene Kitchen”.

But they also did air Fantasy Island so it isn’t all reality TV.

Hi Amari! I was looking for a good night-time soap opera, and the previews, plus Lee Daniel’s name, led me to watch this. I was not disappointed!! What a fun show filled with plenty of twists, insults, and back-stabbing! And having Joe Morton is a great bonus!

As a white person, I’m not sure if I should comment on the diversity of the show, but I will anyway. Having grown up on white tv, I found more diversity on my daughter’s episodes of Sesame Street and the old Barney the Dinosaur show then anything in prime time. But while there is finally a token POC on most all tv shows, this show seems to be an aberration. An all black cast?!? Even Empire had (forgive me, I’m bad at remembering character names) the son who went to business school married to a blond, white woman. Maybe there is another show on a broadcast network that doesn’t have any white people on it, but I am not aware of it. With this show, however, I didn’t even notice the all-black cast until the scene where they were getting ready for the big party, and there was a black woman in a maid’s uniform helping to set up, and I was taken out of the story for a second as I thought, “Even the extras are black!” The only white people seen in the entire hour were a few white men in the boardroom, and that was so Teddy could have a few white men look up to him in the boardroom! I really hope Fox doesn’t cancel this show, and the networks will see that a show with an all black cast can succeed!

O.k., I’ll get off my soapbox. I did not know how Josephine originally knew Angela either. Something else I missed – Is Taylor dead, or just in the hospital?

Leah’s mother-in-law (Olivia?) had some great lines, but she is nasty! I thought my ex-mother-in-law was bad! And I like how you wrote “Highlights” “Joe Morton”. I completely agree! I hope they give him a speech every episode!