Citrus has its moments. Especially when addressing female homosexuality in Japan. However, despite the growth of character Yuzu, it’s more about tantalization than substance.

After Yuzu, this eccentric teen girl, moves into her new step father’s home, she learns it comes with a new stepsister who practically runs her new school. Said sister, Mei, is student council president, granddaughter to the chairman, and rules the school with an iron fist. Something which doesn’t work much for Yuzu since she, like her kindred spirit Harumin, aren’t much for such a stringent lifestyle. Leading to Yuzu being in trouble at school.

Yet, then Yuzu sees a teacher, Amamiya, seemingly taking advantage of Mei and that complicates things. The rulebook bends and Yuzu feels bad but also wants to address the situation. Leading to them, in their shared bedroom, pushing the situation and conversation to the point to shut Yuzu up she is forced down and kissed. Thus awakening something in Yuzu and leading to her questioning her sexuality and whether Mei did that to shut her up, toy with her, or express her feelings.

Which is the gist of the show. Both sides trying to figure the other one out and when things get too real, they leave some sort of honeymoon phase, they take steps back. A constant cycle, which eventually includes third parties, and becomes so monotonous that you may lose the desire to root for the potential of their relationship.

The Evolution of Yuzu

Yuzu can easily come off as an irritating character when things begin. She is immature, seems superficial, and self-absorbed. However, with time you not only have to remind yourself she is but a teenager but also that she wasn’t being challenged to be better. If you live in a rather safe environment which allows you certain freedoms and protections, why would you be self-conscious, in a negative way, or exhibit the type of maturity that isn’t called of you?

However, with seeing Mei being assaulted, and then dealing with a sort of sexual awakening, we see Yuzu begin to mature. A lot of which is thanks to Harumin who, with Yuzu not talking to her mom much, and father being dead, is her main confidant throughout the series. Of who should be credited with perhaps presenting an example for Yuzu. For, in many ways, they are very similar but with Harumin living with her grandma and different expectations on her, she appears just as much as a friend as she can a sort of role model. One that can be a bit bad by showing Yuzu how to get around the school’s rules, but also shares time, knowledge, and is an example to help Yuzu avoid bad decisions, and sometimes even people – in the case of Matsuri.

And with Harumin by her side, we see Yuzu mellow out, think more before she acts, and seems to really take note of Mei’s feelings increasingly. Making it so Mei didn’t just present some form of sexual awakening, but also a realization that other people have problems too and you can either complicate their lives or help them.

The Show, Kind Of, Addressing How Unfavorable It Is To Be Openly Homosexual In Japan 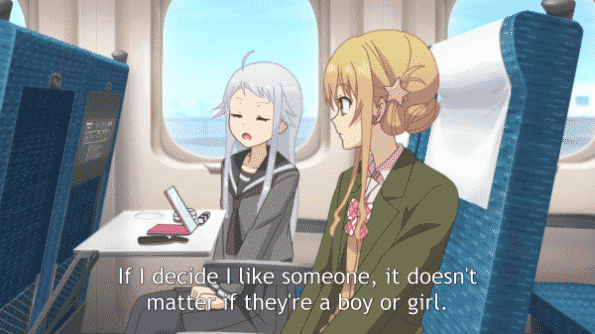 Usually, per season, there are 3+ anime covered for three or more months. In that period of time, when it comes to Japanese culture, it is about the touristic aspects of it. Beautiful temples, style and fashion, and also the music. What isn’t really gone into much is criticism of the country and how it is beyond what you’d find in a brochure or a website trying to export Japanese goods. So with the show addressing how homosexuality is for Japanese students, that was something different and felt noteworthy.

Mostly because, and this could be me speaking out of ignorance, when it comes to Japanese culture, their main display of what it means to be Japanese is anime. Their music does travel the world, and to a point their movies and live action shows, but anime is made quickly and easily accessible on multiple platforms. Be it Toonami, Amazon, Crunchyroll and others. Yet, unlike what American cinema and western Europe sends out, it doesn’t give you a full view. There is no good and bad. The bad is mad into fantasy usually, or just pervs who are treated as isolated figures who are shamed. Thus creating a sort of distance and making something seem to not be of reality.

Yet, with Yuzu’s sexual awakening, the way Harumin points out the girls pair and possibly experiment till marriage, and then Sara presenting some form of a queer community, you get a sense that there could have been more to this show than it seems. It is just, who wants a yuri anime with comedic elements, but also addresses the issues that Japanese culture have when it comes to its queer community?

It Drags The “Will They or Won’t They Get Together?” Too Long 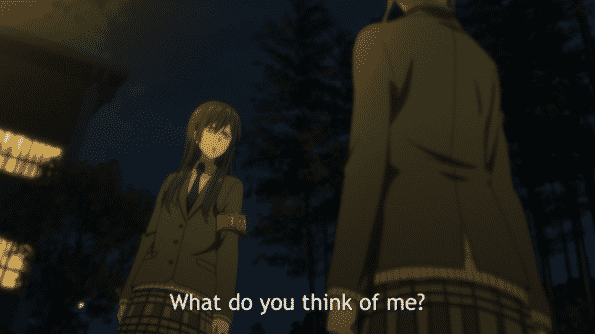 What drastically takes away from this show’s appeal is the back and forth between whether Mei and Yuzu will get together, and then the entrance of Matsuri and Sara into the mix. Matsuri, a childhood friend of Yuzu, you want to appreciate for what she could have been, someone Yuzu is more comfortable with and could have been a starter girlfriend, but that is not her MO. She is this manipulative, saucy little kid, who is there just to cause short-lived drama.

Then comes Sara who, in the last few episodes, honestly is a more appealing match to Mei than Yuzu at that point. Not just because the character seems nice but with Mei not as confused as Yuzu, you want to see the cycle broken – effectively – by a third party and Sara could have been it. Unfortunately, the cycle continues with it just being implied the issues Yuzu and Mei had are now over.

What Amamiya Did Being Blown Over

A teacher, who seemingly was arranged to be with Mei, was messing around with her in secret and seemingly taught her to be aggressive in a way which made it seem consent was never really a goal. Going by how Mei handled Yuzu in the first episode, to say Mei might have been forced into some situations an adult shouldn’t push a teenager into would be an understatement. Yet, after he gets fired, there is no talk about what he did, what the long-term effects of being with him are, or anything like that. He ends up just a catalyst for Mei and Yuzu’s relationship to begin.

The Complications of Consent 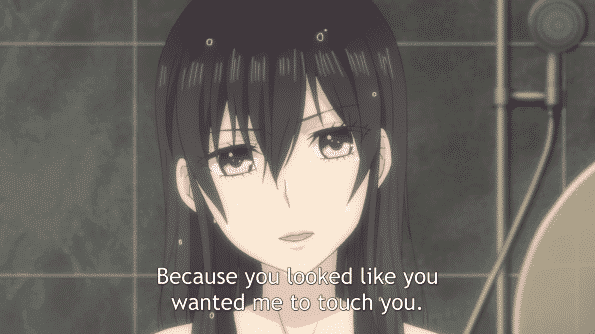 Netsuzou Trap and Citrus are two shows hard to not compare and contrast due to, not only their subject matter, and the relationship between the girls, but also consent. The way Yuzu is handled makes you wonder, despite signs of pleasure, what is actually something she wants to do? And the subject of consent is quite interesting here, as it was with Netsuzou Trap, because the conversation is usually presented in a heterosexual sense. However, like with other elements of the show, while there could have been something deeper gone into, while viewers can debate consent, it isn’t so big a thing on the show. Not to imply Yuzu likes Mei trying to seemingly turn her out but temptation to initiate things herself come to mind.

Another situation where you see more can have been done yet it was a missed opportunity. Mei’s dad has been an absentee father for years. He loves his kid but after dedicating his life to his father’s academy, and Mei not wanting to join him on his adventures, he went off and lived his own life. Now, what makes this an on the fence topic is this wasn’t handled badly but more so strangely. It addresses their issues and has an okay reconciliation, but it really did seem like the type of story which should have been resolved halfway through the season and then that was it. Especially considering how big of an influence Mei’s father once was, and arguably still is by him abandoning the academy. 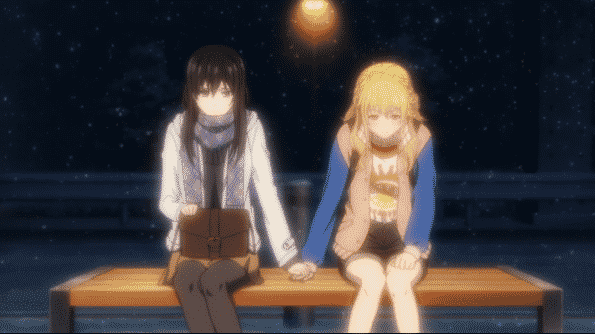 I strongly feel that Winter 2018 held nothing but a bunch of shows which never met their full potential. They all had something which could have made them stand out and be brilliant, for one reason or another, but then they took the beaten path because it was safer. Maybe more commercial. Citrus is no different. In focusing on the drama and tantalizing the audience, it bypasses anything which could make this more than meets the eye. Thus giving you a show that hopefully may inspire someone to pick up the storylines that were either ignored, underdeveloped, or just not what this show wanted to put out there in full.

Has Another Season Been Confirmed?: No, but seemingly there is enough material for another season per Inquisitr.