Despite its subject matter, there is something surprisingly tame about “Gossamer Folds,” which shows how tolerance and acceptance develops over hate.

In the summer of 1986, ten-year-old Tate has just found himself moving from the city to a small town suburb and is watching the marriage of his parents, Frannie and Billy, implode. And with being isolated and without friends, this makes the neighbor, Gossamer, and their family not only a source of amusement but a means of stability during a hectic time. However, keeping in mind it is 1986, it makes the fact Gossamer is a trans-Black woman a bit uncomfortable for some and alarming for others. Which makes Tate’s role slowly evolve into showing how hate is taught and not inherited. Ten-year-old Tate is a city kid forced to the suburbs and is often bored due to being an only child. Yet, he does find a certain love in learning new words, hence always carrying a dictionary. Also, in his new town, his curiosity is especially tickled by the introduction of Gossamer and their father, Edward.

Tata’s mother, a seamstress who struggles in her marriage due to the decisions of her husband, Billy. But with desiring to provide Tate with a stable family, she forgives, compromises, and tries to fight for the family as long as Billy seems willing to fight with her and not against her.

A businessman who knows Frannie is unhappy and likely staying with him because they share a son. Gossamer’s father, a retired English teacher, a widow, has multiple kids, but struggles the most with Gossamer due to not having the words or knowledge on how to communicate and adapt to who their child evolved into.

Designer, seamstress, potential icon, Gossamer longs for the big city life as small-town life has made them into a big fish in a small pond. But, despite knowing their potential, there is the fear of the world outside and whether they will find their place alongside if the violence that is possible outside their community will become part of their story. When it comes to most of the depictions of trans people we’ve watched, there has either been a certain level of poverty, crime or tragedy involved. Which, at this point, seems as ingrained into most trans characters backstories as guns and blood are in an action movie. However, while it is acknowledged with Gossamer, the plight of trans women isn’t their story.

Rather, we get something a bit more simple like Gossamer’s father, Edward, and others, deadnaming them and exploring the pain of that – while not being kicked out of the house. Also, Gossamer is used to show trans people’s humanity without being placed in a life or death situation. Instead, when it comes to Tate, she is a stranger like anyone else who has to prove themselves trustworthy. Which makes being trans, which doesn’t click for Tate until towards the end, not as big of a deal as Gossamer picking with them when the movie started.

I’d even add, since Tate never sees Gossamer looking anything but feminine, nor the audience, it adds another layer of protection over Gossamer to remind you, unlike what Edward says, they aren’t crossdressing. They’re a woman, and the film protects you from seeing them as anything different beyond being deadnamed and dealing with Edward, for years now, adjusting to their George becoming our Gossamer.

It Felt Like A Lifetime Movie Featuring A Trans Person

While Gossamer draws in your attention, since they are an outlier of the small-town life, what perhaps is the actual story, Tate’s family falling apart, is just the most uninspiring story you can think of. Mind you, we don’t mean it is lazy as much as it feels generic. Tate’s dad, Billy, being transphobic, and Frannie a bit hesitant until she needs something, it serves its purpose but doesn’t do either actor any favors. It just paints Billy as a bigot and Frannie as one too, until she needs a babysitter, and Gossamer is her only option. 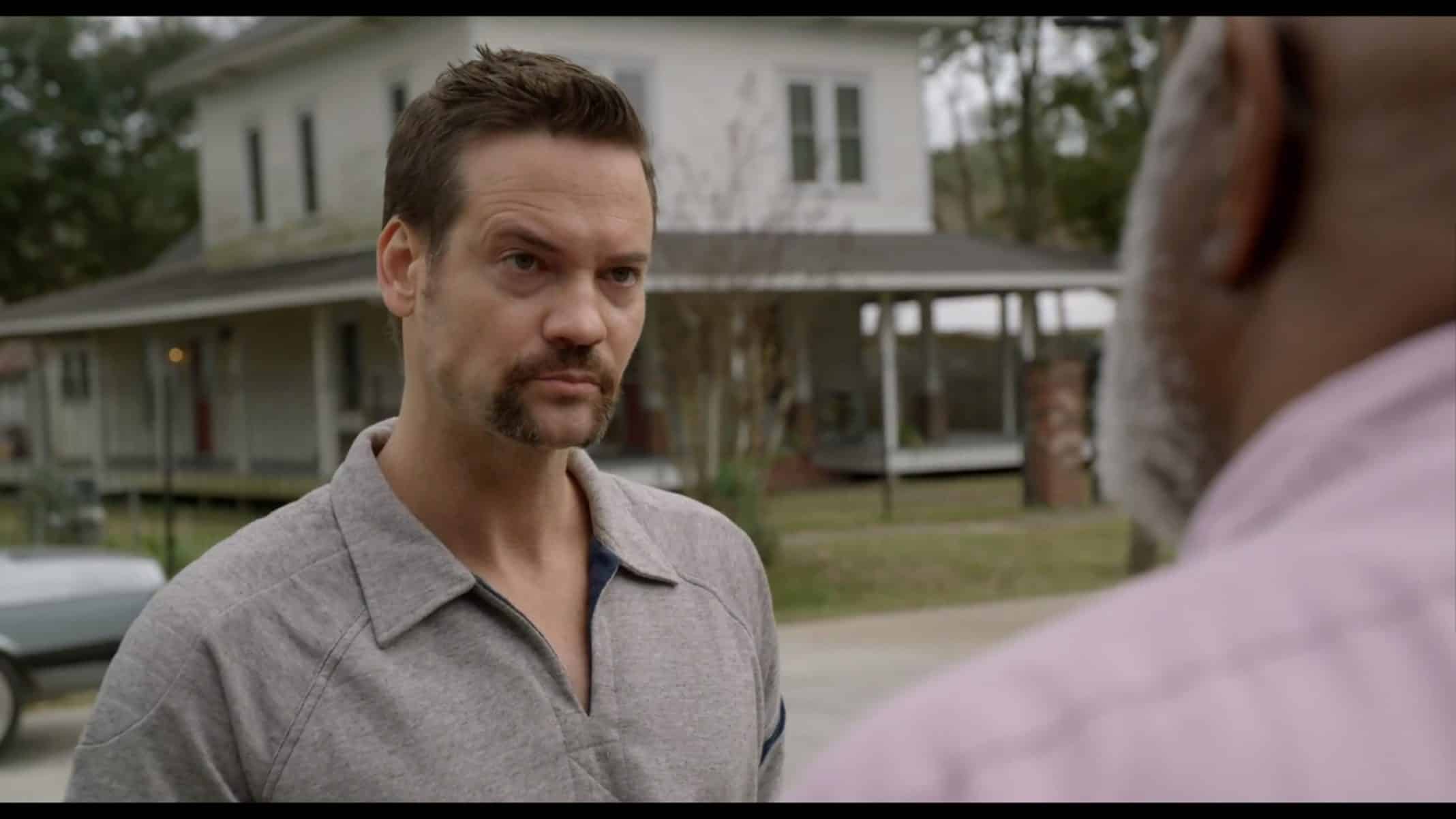 Thus leading to an almost Lifetime movie vibe where the conflict is not written to be that big or dramatic, yet thanks to one or two performances, you’re left feeling someone could have used better direction. If not a punch up with the writing to not make things come off like we’re watching a caricature.

“Gossamer Folds” represents that shift from stereotypes and the storylines audience expect for a certain culture and community and trying to show something different. Yes, Gossamer is a trans woman in a small town, and safety isn’t a guarantee. However, while obligated to note the elephant in the room, there is no need to dwell on it, and I think the film tries to do so.

Hence, rather than focus on the threat of living as a trans woman, there is a focus on the mundane. For example, a parent who has to transition in their own way from witnessing one child’s birth to finding themselves with another. Never mind the person’s community having to adapt as well. Which, in the film, isn’t made to be the kind of journey that has the highest entertainment value, but it is a story to be told.

Thus the mixed label. While you have to respect “Gossamer Folds” for desiring to shift the narrative that often surrounds trans women, Black ones especially, with it not being an area often explored in the mainstream, you can see some difficulty there. Especially due to the need to address Gossamer being trans, yet also wanting that to not be a defining trait.

The obligation seemingly felt and desire to move beyond that you can see a pull and tug with, to which the usual won – but not without some fight. Leading to a film that lacks the dramatic parts you’d usually get but also lacking that oomph needed to truly be good.