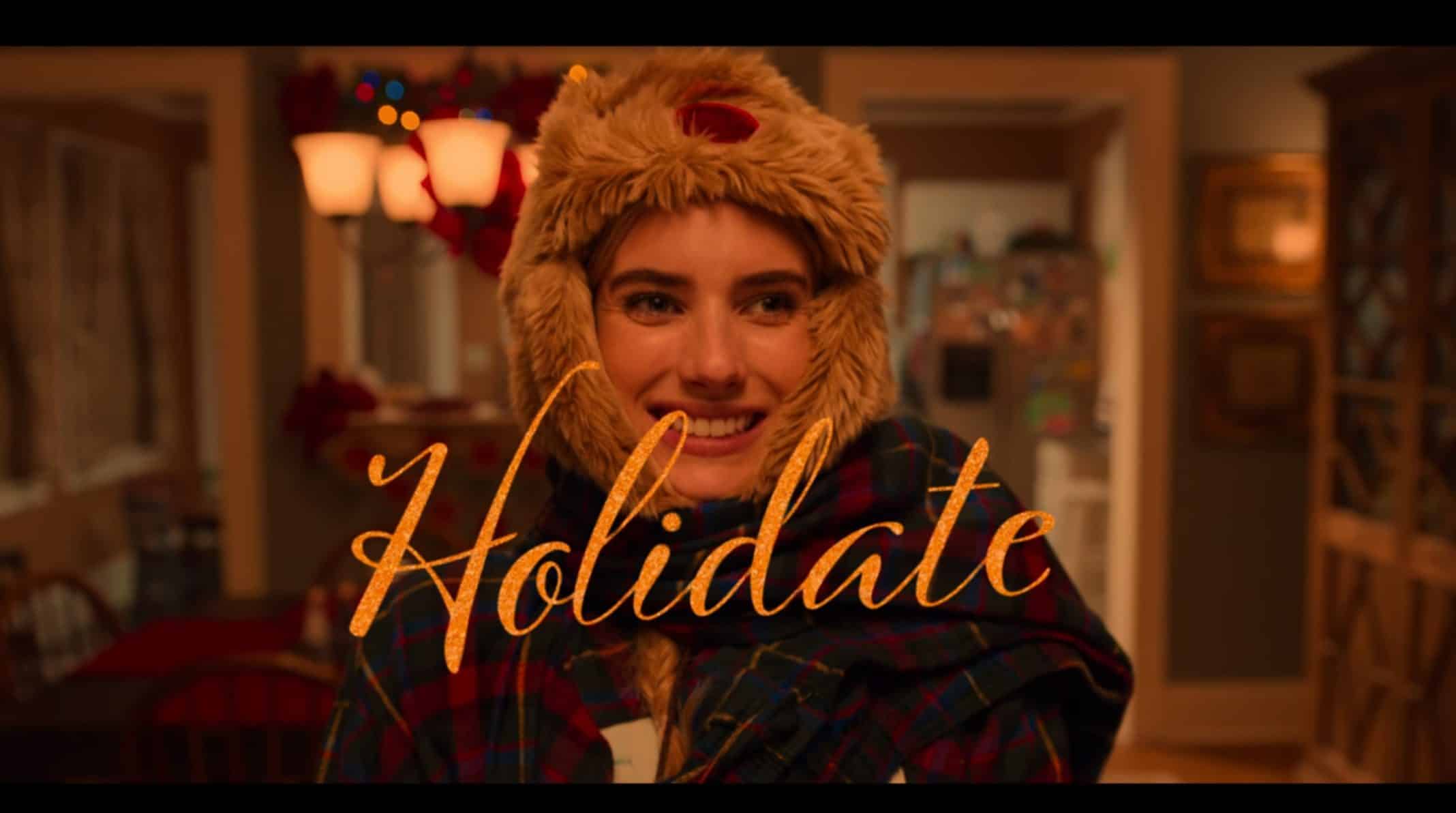 For those who like unconventional holiday movies, in this case, with cursing and a dysfunctional family, “Holidate” was made for you.

At this point, Sloane is the only member of her siblings that is still single. Her older sister, Abby, is married to a wonderful man named Peter, and they have four kids. Then, after three months, her younger brother, York, gets engaged to his girlfriend, Liz. Thus making it Elaine’s sole focus to get her middle child with someone.

However, the thing is, Sloane just isn’t much for dating right now. Her ex cheated on her, and with even her aunt Susan finding someone for dang near every holiday, it makes family time depressing. But then comes Jackson. He’s someone who can easily find a girl to spend the holidays with but doesn’t want the pressure that comes with it.

So when he runs into Sloane, who wants the bare minimum from him, an agreement is made to be each other’s holiday date, hence holidate (a term coined by aunt Susan). Though, as you can expect, and the characters themselves foreshadow, as their agreement becomes comfortable and evolves, so do feelings.

With a stay at home job that allows her to live by herself before thirty, you’d think Sloane has her life put together. However, with the constant bombardment by her mother and older sister over her being single, they have created a bit of an insecurity about not being in a relationship. This isn’t to say Sloane has been single all of her life but with just getting out of a relationship, that ended due to cheating, she is a bit shy to the idea.

Being married to a nearly perfect man, and having four kids, is stressful. Hence Abby being happy but not necessarily satisfied with life. Making it so, while she wants Sloane in a serious relationship, as much as their mother, there is something nice about having a sister who is accessible and can offer a quiet place. Never mind can be lived vicariously through, to a point.

Abby’s husband whose main fault is that he focuses more on their kids than her.

Sloane and Abby’s youngest brother, and only brother, who gets engaged during the holidays with a girl he met only 3 months ago.

York’s fiancée who is by no means as open about sex, or vulgar, as her soon to be sisters in law. Yet, they’re working on her and sidestepping her and York getting married too soon.

The matriarch of the family who is on Sloane about finding a husband and even plays matchmaker, or rather attempts to.

Aunt Susan is Elaine’s sister who she clearly has a beef with, but that isn’t necessarily played out much in the movie. What Aunt Susan mostly acts as is a possible ghost of Christmas future if Sloane maintains Susan’s holidate idea.

A professional golfer, or rather golf instructor, whose students include York, that finds the holidays difficult since he is from Australia and often finds himself with girls who takes things more seriously than he is comfortable with. Which makes Sloane proposing to holidate ace.

One of the things you appreciate is how Sloane and Jackson’s romance is written because it begins without romance being on the table. With that, both Sloane and Jackson don’t present their representative but are their most raw selves. This allows both you and the other person in the scene to get to know the parties involved, and it is refreshing.

What also helps is that Roberts and Bracey, partly thanks to Paulsen’s script, have good banter. Not only that, I would say because romance isn’t the focus early on, you get a genuine pursuit of friendship. It is very upfront, sometimes uncouth version of friendship, but the way Roberts and Bracey play off each other allows even the film foreshadowing in an almost blunt way not take away from the journey.

I wasn’t expecting Chenoweth to be as funny as she was. Granted, you may feel this character is very familiar to those who saw her on “Glee.” But as aunt Susan, there is no singing, and while she has a serious moment towards the end, mostly Susan is there to make you laugh and lead you to tilt your head in confusion. Especially as you realize she is almost the ghost of Christmas future depending on how Sloane decides to live her life.

Nothing unexpected happens in “Holidate.” It has the grand romantic gesture, the stupid fight that could potentially end things, and one realizing how much they like the other only after being confessed to and not being ready. It’s all that you’ve seen tons of times before, and it could make those who don’t just love romance films feel bored.

From Sloane’s Family To Jackson’s Best Friend, You See Opportunities To Do More Which Were Missed Or Outright Ignored – 71

What doesn’t help is the plethora of storylines and opportunities the film has to expand on its supporting cast, it ignores. Be it diving into Elaine’s life as a single woman who, clearly, has an underlying issue with her sister Susan. Also, Abby definitely isn’t happy in her marriage, yet that topic goes untapped. Heck, it is evident York and Liz definitely are getting married too quickly, but that is brushed under the rug, and that lump largely ignored.

All of this you can see is to keep this more geared towards being a comedy than any sort of drama, but as the movie goes on and begins to overstay its welcome, you’re left wondering why isn’t it at least showing a more serious side to these characters?

If you enjoy holiday movies, especially those which are a little risqué, “Holidate” is enjoyable. However, if you prefer holiday movies that don’t have vulgarity or sexual innuendo, never mind cursing kids, this isn’t for you. Heck, if you don’t like romance films which barely push beyond the familiar, “Holidate” definitely will feel like a movie far longer than it should be.

Hence the mixed label. While you do have to commend Paulsen for trying to change things up a bit, ultimately, “Holidate” doesn’t stand out as much as it needs to. Leaving you with an enjoyable film that, with a few touches, could have been better than what it is.

As expected, Sloane and Jackson get together, but, nearly everyone ends up with someone. Aunt Susan ends up with the man Elaine tried to match with Sloane for most of the movie and someone Aunt Susan brought as a “Holidate” ends up with Elaine. Also, despite kissing another man, Abby and her husband, Peter, remain together, and York and Liz continue to get to know each other as a married couple with some bumps, but no major fights.

Does Holidate Have Sequel Potential?

Sloane still is the last person in her siblings to get married, so a sequel could focus on her nuptials and us meeting Jackson’s family, who don’t appear in the film.

It's Formulaic – And It Outright Tells You What To Expect - 74%

From Sloane's Family To Jackson's Best Friend, You See Opportunities To Do More Which Were Missed Or Outright Ignored - 71%

While you do have to commend Paulsen for trying to change things up a bit, ultimately, "Holidate" doesn't stand out as much as it needs to. Leaving you with an enjoyable film that, with a few touches, could have been better than what it is.