Fear Street: Part 3 (1666) is the perfect ending to the horror trilogy and will make you hope more trilogies resolve as quickly as this one did.

For the first hour of the film, we learn the truth about what happened to Sarah, with perhaps some of Deena’s own life inserted into Sarah’s situation or us learning history repeats itself. Either way, once Deena learns all she needs to know in the past, she enacts plans to make sure she can permanently change the future for her relationship with Sam and those of Shadyside.

The lack of Kiana Madeira in Fear Street: Part 2 – 1978 was unfortunate. For while Sadie Sink and the others held it down, I’d submit Madeira set a precedent they were unable to match. However, with her return as the prominent role in Fear Street: Part 3 – 1666, it doesn’t just remind you of the strength of Deena as a character, but Madeira as an actress.

As shown in Trinkets, she can just as much give you teen smartass as she can go beyond the surface and explore deeper emotions. In this film, that is displayed by allowing her to bring a diverse performance. Be it Sarah’s love for Hannah, which mirrors Deena’s for Sam, Madeira tapping into the pain and exhaustion which comes with fighting for your life, or what every actor should have as a talent, knowing how to share a scene.

That, to us, is what was missing in the second film. Many of the actors worked well with one or two of their scene partners. But because of how thin some characters were written, many could barely hold our attention.

However, with a proper lead in Madeira, who stands out enough to be noticed but makes it seem it is more about the character and their relationships than the actor eclipsing their scene partner, it makes you get invested. Be it you hating someone because of what they did to her, loving them for helping, or, in the case of Martin, the janitor from the first movie, you forgiving his sudden inclusion and the lack of development for his character. Particularly due to Madeira, similar to Viola Davis, among others, knows they’ll shine regardless but is willing to use that light to put the focus on someone you possibly wouldn’t take note of.

Another reason the finale of this trilogy kicks ass is that, rather than introduce new characters for the finale, it just uses the faces we’re familiar with. This allowed us to see Julia Rehwald again, Fred Hechinger, as well as Sadie Sink, and Emily Rudd. Faces we spent 2 hours focused on, as they dealt with the serial killers who came back to life and, in some cases, they died to protect someone. Which was bittersweet, in a way, but also gave them all a proper nod regarding their character’s significance in the trilogy.

The Twist Is Okay

I’m not going to pretend when the source of Sarah’s curse is revealed, it’s a huge, gasping shock. But, again, between Madeira, the supporting cast, and what Janiak and their team did, they elevated something which could have felt average, to the point of bland, and made it entertaining.

Let’s be real and set aside stanning Kiana Madeira for a second. As shown in the second film, and what becomes really apparent in this one, the Fear Street trilogy uses its supporting cast as an end to a means. Their sole purpose is either to be serial killers, fodder for said serial killers or to support the lead. Beyond that? The majority don’t have much of an individual impact. This is especially true with this film, for it isn’t like, with Kate and Simon gone, Josh really steps up, or Martin suddenly becomes an essential part of the trilogy. No. They have their place, but at times so many feel replaceable.

Which, regarding the ending and its cliffhanger? It really makes it so you can see if more movies are produced, it is because of the money or subscribers Netflix could make, and not because the story needs to be told. For with it being clear they only wanted to develop certain characters, explore questions regarding Sarah, and not really dive into who this person is, local culture, beyond the murders, and what have you? As much as you can imagine them expanding this through prequels, that could be hit or miss, in terms of sequels? I’d say they’d be better off leaving this where it is at.

Though I by no means am against being wrong.

Thanks to the return of Madeira as the lead, Fear Street: Part 3 – 1666­ ends triumphantly and pushes you to think, as Netflix finds itself with increased competition, maybe its new gimmick can be trilogies that complete in a matter of weeks, rather than years. 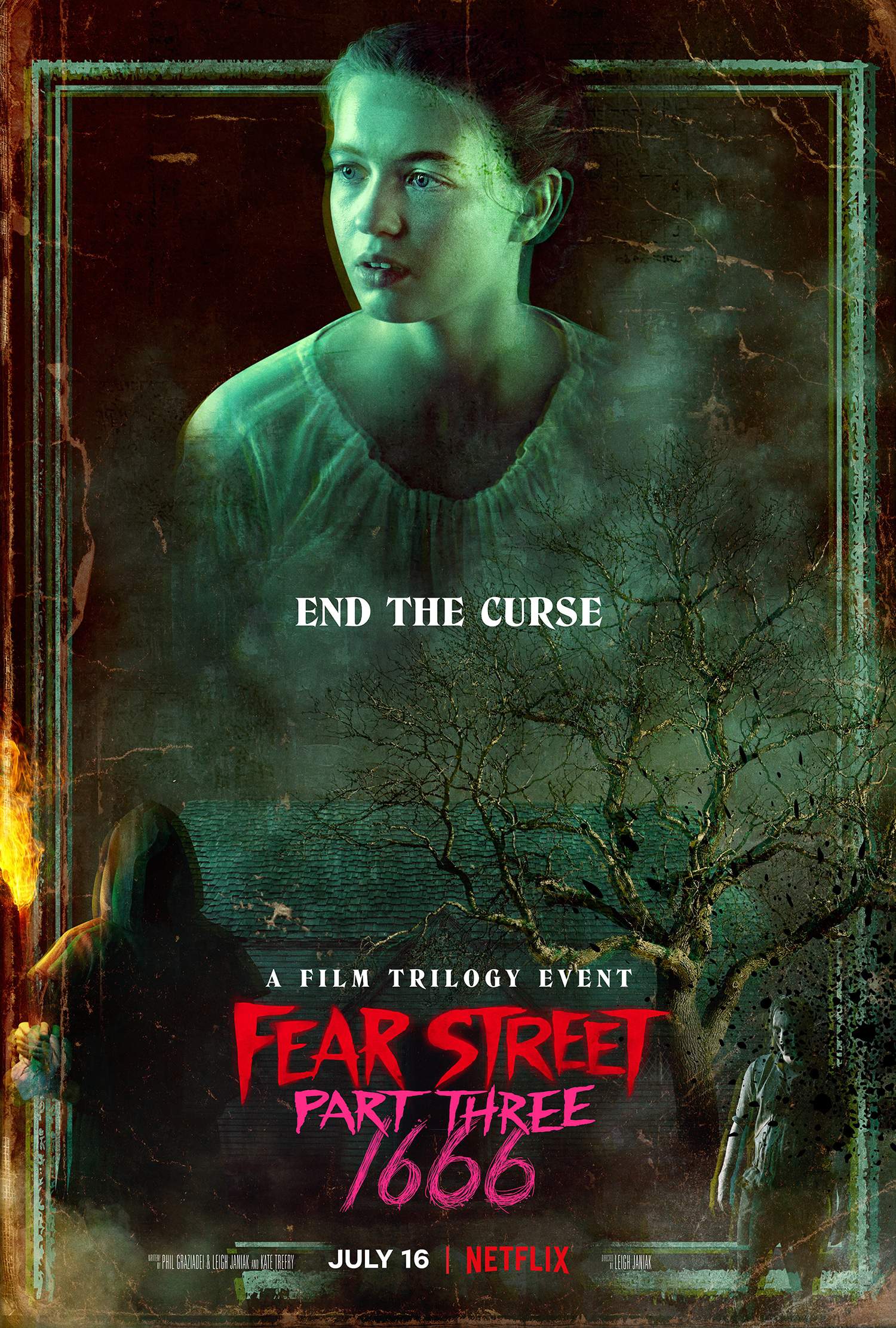 Fear Street (Part 3) – 1666 – Review/Summary (with Spoilers)
Who Is This For?
Horror fans who love easy-to-digest stories and are okay with most characters having personality, but not necessarily a full life beyond what they're dealing with.
Highlights
Kiana Madeira's Return As Lead
Smart To Use The 1994 Characters, and 1978, For 1666
Disputable
The Twist Is Okay
The Ending Wasn't Terrible But Did Leave A Cliffhanger And Certain Things Unanswered
81
You Might Be Interested In