Escape Room: Tournament of Champions may make you think the rooms would be more elaborate and attendees savvier, but that is not the case.

It has been weeks since the events of Escape Room, and, as to be expected, Zoey and Ben are still very much traumatized. However, Zoey wants Minos to pay for what they did, so she keeps trying to gather the strength needed to get on a plane. But, after a certain point, she convinces Ben to just drive with her up to Manhattan. This leads to them going to the coordinates discovered at the end of the first movie, and after a series of events, they get trapped in a train car with other escape room survivors Rachel, Brianna, Theo, and Nathan.

Rachel is someone whose sense of touch and pain is weak, which is why she was chosen. Nathan is a man of faith, so they decided to test his and 5 other priests’ faith in their games. Brianna was a travel influencer/blogger, so they put her through extreme conditions, and Theo? Well, he kept his story to himself.

But, together, there is hope that they all will live to see the exit. However, the Gamemaster being who they are, the chances of them allowing such are as slim as Zoey exposing Minos.

The Movie Flies By

With ten minutes less than the first movie and a pace that only allows both viewers and those on screen minutes to process what happened, Escape Room: Tournament of Champion has very little filler and often gets right to the point. Granted, at the cost of developing new characters or furthering the story, but you’re entertained throughout with a lesser version of the sarcasm we got in the first movie. So it isn’t until the end you realize not a lot happened.

It Introduces A New Twist

As shown and spoiler by IMDB, while many of the players in the first Escape Room are dead, we’re introduced to two new twists/ pieces of information. The first being, if you didn’t see them die, it doesn’t mean they’re dead, and the second is, while there is only one Gamemaster, there are likely a large number of puzzle makers. Now, as for who the puzzle makers are? Well, we already know one, but as for the others? Hopefully, the third movie may introduce that.

Lack Of Investment In New Players

Without spoiling the death order or who dies, that’ll be for the Cast and Character guide, let’s just say the film barely establishes the new characters’ names and their background. Theo is just a dude who is late all the time and was on his way to his wife’s birthday. Rachel can’t feel pain, Brianna is a travel vlogger, and Nathan is a man of faith who, after surviving the escape room, seemingly has developed alcoholism. That small summary pretty much is everyone’s entire backstory, and because of that, the investment in whether they live or die is nil.

Though, to be honest, the main reason we cared about anyone with the first movie is because Jay Ellis we knew from Insecure, Nik Dodani from Atypical, and Deborah Ann Woll from Daredevil and True Blood. So perhaps this was an issue with the first film, but it wasn’t an issue because we already were attached to the familiar faces.

Prep For Another Sequel

While Escape Room: Tournament of Champions doesn’t have much filler, it in itself is filler. If you recall the first movie’s ending, it was all about getting Zoey on a plane for an escape room specially designed for her. This whole film is about setting up what is needed to get her onto a plane. So don’t expect much character development when it comes to Zoey, learning much, if anything, about the Minos Corporation, the Game Master, or anything really.

What you get in Escape Room: Tournament of Champions feels like a holdover that should have been released on video on demand during the pandemic, rather than held onto until theaters were opened up.

Escape Room: Tournament of Champions is enjoyable but also barely moves the story forward at all. Instead, it throws in new rooms, which lack the same fear factor the first film had, characters who aren’t that interesting, and makes it clear its existence is to set up part 3. And the way it does that honestly makes me feel that you don’t need to watch this movie to understand the third one at all. Hence the mixed label since I loved the pacing and was entertained but ultimately felt disappointed. 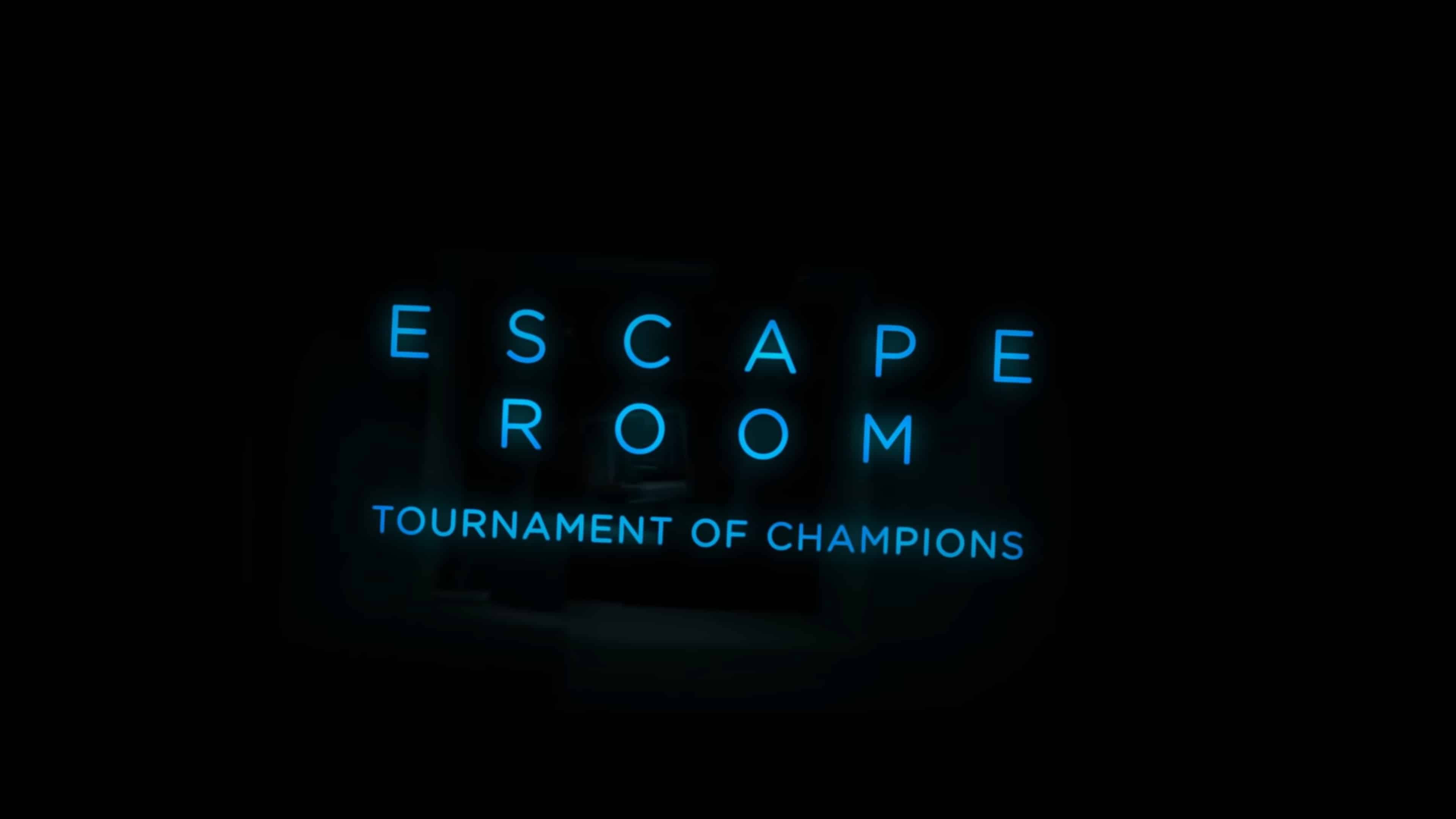 Escape Room: Tournament of Champions (2021) – Review/Summary (with Spoilers)
Who Is This For?
Those who loved the first movie and just wanted to see Zoey and Ben go through more escape rooms with little to no development regarding the Minos Corporation or those who create and run the escape rooms.
Highlights
The Movie Flies By
It Introduces A New Twist
Disputable
Lack Of Investment In New Players
Prep For Another Sequel
74
Follow Wherever I Look on Twitter and Instagram, Like us on Facebook, and Subscribe to the YouTube Channel.