Wherever I Look
Recaps, Reviews, and So Much More
Home Movies Belle (2021) – Review/ Summary (with Spoilers)
Movies

Belle touches your heart in every which way possible. Be it through song, exploring a person’s trauma, or by instilling hope that one day you may not move on but at least heal.

When Suzu was a child, her mother introduced her to what looks like GarageBand on an iPhone, and through the years, she’d write and record music and even made a friend in Hiro to handle the arrangements and more. However, after the loss of her mom, Suzu became so traumatized about singing that she’d vomit even if she tried. This is why Hiro introduces Suzu to U, which becomes a lifesaver.

In U, a metaverse type world, Suzu can become Bell, later renamed Belle, and sing as she wishes she could in reality. But alongside getting the ability to sing again, she gains a following, and one person in particular who needs U to be the lifesaver it was for Suzu, but in their reality.

The Beauty And The Beast Plot The heart of many of the emotional moments is Suzu, as Belle, trying to help this character known as Dragon or Beast. In it, you see a Beauty and the Beast type plot where she is defending him against people who fear his abilities, trying to help him love again or at least trust again, but I should note this isn’t romantic. It goes deeper than that, and while the reveal of Dragon’s true identity and story may seem a bit out of place, it’s a welcome addition once you get the full story.

I cannot recall the last time each and every song I heard was something I loved. Whether it is Belle’s more upbeat and danceable tracks, or when she is singing a song to Dragon in hopes he’ll reach out to her, the soundtrack is perfect. As for how I would describe it? It has a Square Enix vibe, in terms of Kingdom Hearts and FFX-2, but only enough of a similar sound for you to get a sense of nostalgia. I’d submit what Belle presents is less something you appreciate in the moment and move on from once it is over, and more so it presents music, even if you don’t understand the song without subtitles, you’d want in your music app playlist.

Your Investment In Supporting Characters 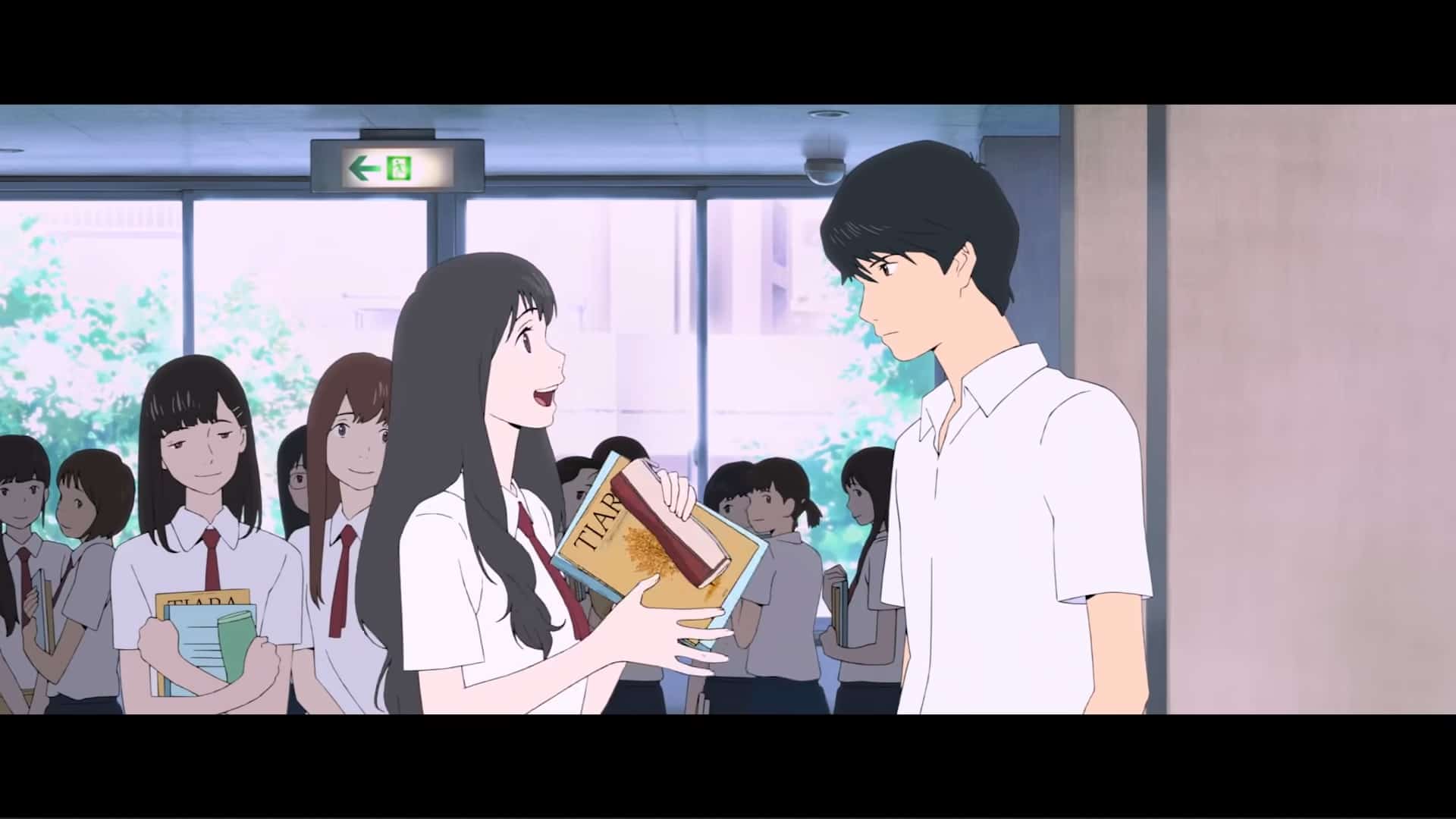 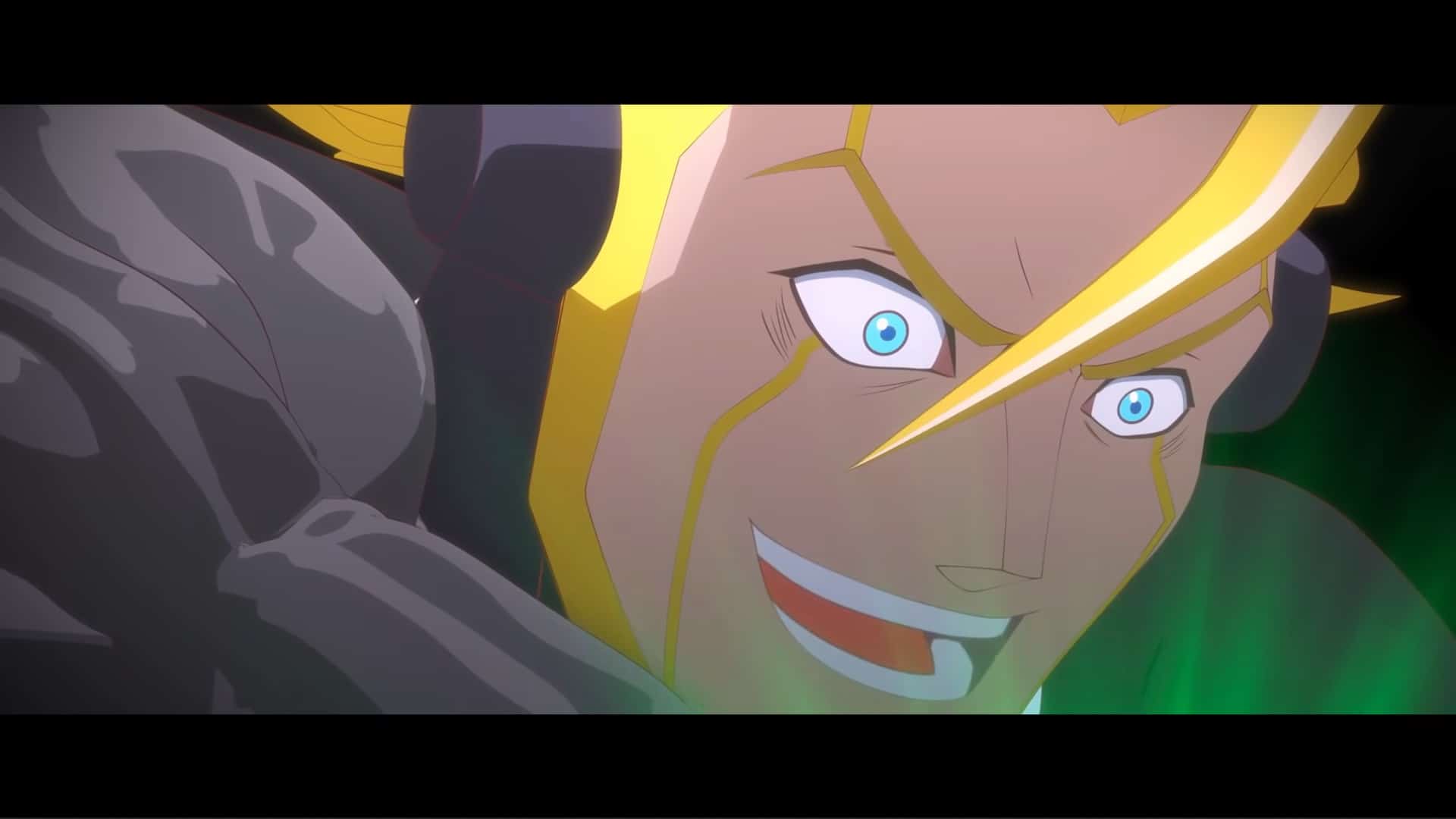 The film’s main focus is Suzu dealing with the trauma which has made her unable to sing in real life, alongside her pursuit of learning who Dragon is and why he is hunted the way he is on U. However, when it comes to the supporting characters? Both in terms of who they are to Suzu and as individuals, you will find yourself interested.

Take Hiro. Yes, she is Suzu’s producer, but she is also a very strange, potentially twisted, person. For if it isn’t her addiction to U and her manipulating the algorithm to make Belle go viral, it is how she talks to people, including Suzu, and her methods used to find out who Dragon is. All of it makes you raise an eyebrow as you aren’t sure whether to laugh or question why Suzu is friends with Hiro beyond her musical talent?

Alongside her is Shinobu, a childhood friend of Suzu, and crush, who has gone from someone she thought was proposing when they were in elementary school to what Hiro sees as someone trying to assume the role of Suzu’s mom. Watching Suzu and Shinobu, especially as Suzu gets nervous, is a real treat that’ll make you laugh at her reactions and get excited when you start theorizing who Dragon could be, including Shinobu.

Lastly, there is Kamishin, who is eccentric, but alongside providing comic relief as Hiro sometimes does, he also gets to play a love interest and give the same awkwardness we get from Suzu. Thus you get provided with laughs, tears, a hint of butterflies, and music to your ears.

While perhaps not its strongest subject matter, you have to respect how Belle tries to tap into what social media is for different people. With U, its platform of 5 billion people allows you to be seen as it senses you want to be. For Suzu, that is being seen like her classmate Ruka who is cute, with long legs, and popular. After all, Suzu wants to be a singer, but as she is told by Hiro, who would want to listen to a country bumpkin like her? Then, online, some trolls note how Belle probably looks and trash her just because she is the new and hot thing.

And then when you add in Dragon and his hunter, known as Justin (which is very similar to Gaston), you see that for some, what they consider justice is really about control. Especially when they feel someone’s influence or power threatening and undermining their own.

Wishing They Did More With Suzu’s Father

When it comes to the question of who Dragon is, one of the people you may suspect is her father due to his pain over Suzu’s mother not being addressed. So through Dragon, you can imagine Suzu’s dad using that character to escape how isolated he may feel since his wife is no longer around and his daughter has iced him out. Yet, Suzu’s father’s own feelings remain untapped and avoided instead. Which makes the inevitable reconciliation not pack the punch it could have. 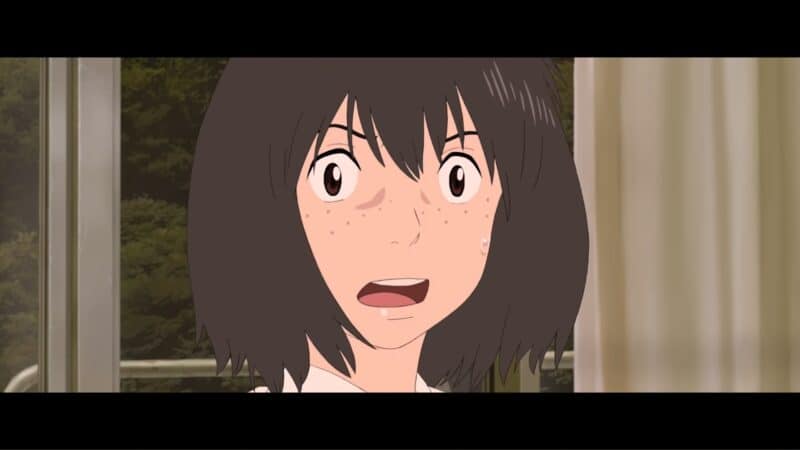 Mamoru Hosoda continues to be one of the most consistent directors and writers in animation. So if you are a fan, you get what you expect, and if you are new to his work, this is a brilliant introduction. One that will have you digging into his filmography because one film will just not be enough. Belle (2021) – Review/ Summary (with Spoilers)
Who Is This For?
Fans of animation, especially the kind aimed at young adults or older, who enjoyed Hosoda's previous work.
Highlights
Disputable
0