Wherever I Look
Recaps, Reviews, and So Much More
Home Season Review The Nevers: Season 1 (Part 1) – Review/ Summary (with Spoilers)
Season Review

The first half of The Nevers makes you wonder if the second half of the season is needed to appreciate it or if it’ll just end up more of the same.

When we begin our journey into The Nevers, it is the turn of the 20th century, and thanks to something known as “The Galanthi,” the world is introduced to “The Touched.” Now, who are “The Touched?” Well, people, more often than not women, with abilities that range from super-strength, breaking things with a simple touch to things like fire emitting from their hands.

Naturally, while not called witches, these people are feared, especially by the upper class, and with the most notable members of “The Touched” being women? Oh, men like Lord Massen have little to no love for them. Because of that, women like Amalia True, Penance, and Lavinia Bidlow do their best to protect the local Touched population with varying agendas.

But with there being serial killers like Maladie out there, who are Touched, sometimes their good deeds are easily undone by one. 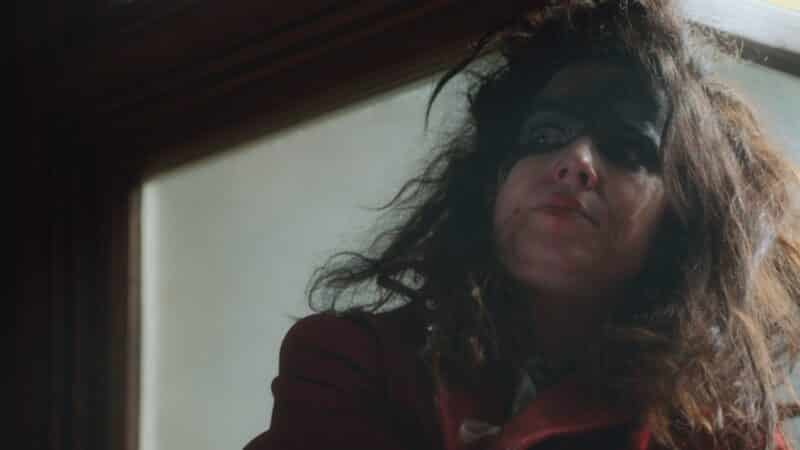 With the male villains presented in part 1 of season 1 being trash, it makes Amy Manson’s Maladie the sole villain worth noting on the show. Though I should note, she is the kind of villain you end up rooting for rather than love to hate. Why? Well, because she is comically insane and livens up any scene she is in.

On top of that, while insane, she also is one of the most compelling characters due to her history with Amalia from back when they were in a mental hospital together. Add in her showing, towards the end of the season, she can adjust her madness when she needs to, and it makes it, so Manson often steals not just the scenes she is in but the show.

Friendships, relationships, and uneasy allies are throughout The Nevers, and as we get through the first half of the season, they multiply. Penance and Amalia, for example, are friendship goals and most episodes have them share a moment where, if it wasn’t clear both were into men, you’d think they were queer. After all, it is 2021, and until proven otherwise, two people of the same sex being close leads to a homosexual assumption.

That aside, there is also Penance and Augie, who have a rather awkward relationship, but in a cute way. For with Augie being Lavinia’s little brother, a man with a title, and Penance not being English and being Touched, it creates a forbidden love scenario. One which is by no means saucy, since both sides are rather inexperienced and innocent, but it does create one of the few couples you’d want to root for. 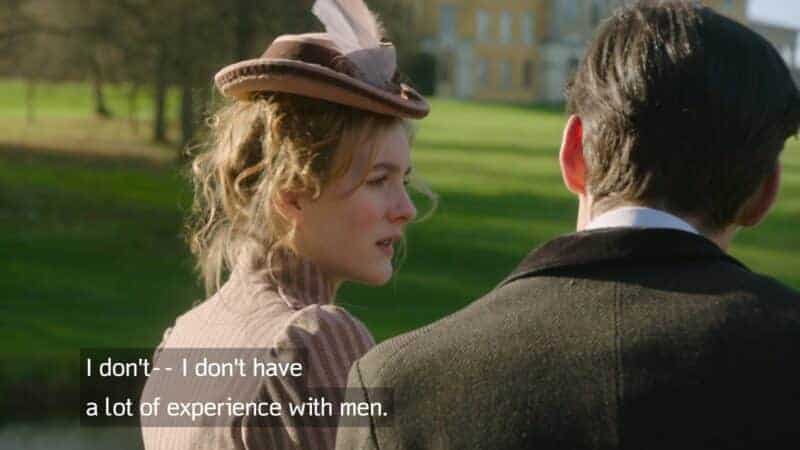 Which leads to the more complicated affairs like Amalia with Lavinia and even Lord Massen, two people who have complex relationships with the Touched. Lavinia, since she wants them not treated like animals but certainly not equals either. This attitude makes Amalia feel torn for her patronage allows her and other members of “The Touched” a home but also leads to them paraded like animals in the zoo sometimes.

As for Lord Massen? Well, while he generally sees members of “The Touched” as a menace, it seems he does have interest in some of the individuals he gets to know. Heck, he may even respect Amalia, to a certain degree. However, while Lavinia does try to mask how she feels and work in secret, Lord Massen publicly is against members of “The Touched.” So while he has his moments, he is by no means an ally.

But perhaps one of the most fun relationships is naturally Maladie and Amalia. Why? Because of their history and Maladie’s madness, there is a literal love/hate relationship that bounces back and forth. Often making it seem Maladie just as much wants to be friends as she wants to maim Amalia for a past betrayal. 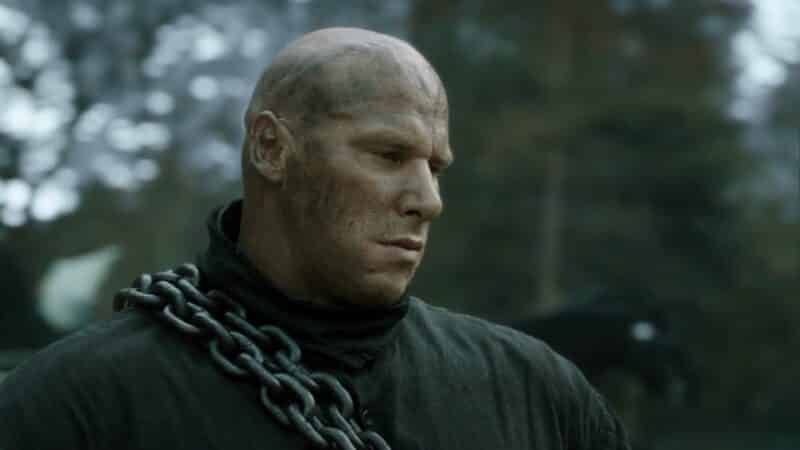 The Odium fight in episode 3 is the best fight sequence in the entire first half of the season and will probably be the best in the whole season. It’s a one-on-one, David vs. Goliath-style fight that makes Amalia less of a rough-neck or tomboy in a dress and instead a noteworthy fighter worthy of her reputation. In fact, that scene probably is what leaves the best impression you’ll have on Amalia.

The world of The Nevers is dry. Yes, we get the Victorian Britain aesthetic, but there is no push to really get into the world and what it has to offer. Rather, it is all about the characters who maybe will matter more in the second half of the season but, as for the first? As noted below, they don’t bring much to the show. Which makes whatever part of England the show takes place feel more like a series of sets than an actual world.

It Came Off A Bit Bloated At Times

There are a multitude of characters who are introduced but have so little impact that you can only assume they’ll be fleshed out in the second half of the season, or their presence is for the sake of numbers. Be it members of parliament who barely stand out next to Lord Gassen, members of Maladie’s group who, for the most part, are forgettable, or even Amalia’s crew who, as they expand more and more, leave you underwhelmed as we reach the mid-season finale. Especially those who don’t have notable relationships with Amalia, thus leading to them not getting a moment to try to get some of the sun on their face. 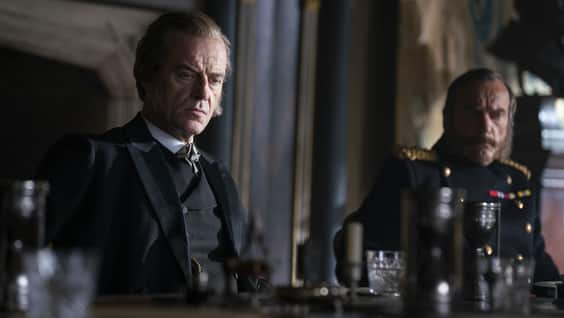 One of the most unfortunate things to come from the rise of powerful women as leads, is that men almost always end up their adversaries, and it is usually boring, uncharismatic, misogynistic men. The Nevers is no different, for as much as Lord Massen has some sort of style to him, he easily is eclipsed by Maladie as the season’s villain and, more often than not, he can be underwhelming.

Heck, even the “Beggar King,” who is Odium’s boss, is undermined and disappointing since one of his top soldiers isn’t necessarily easily taken down by Amalia but is still damn near killed during their first fight. With this, as much as you feel the need to applaud the girl power of it all, the men not being notable adversaries seems deserving of an eye roll. Especially as it becomes clear they only have the power to make life inconvenient, and their power is fragile.

Are the sex scenes kind of hot between Dr. Horatio and Amalia? Admittedly they are. However, him being married and married to a Black woman makes me grimace at this relationship. My bad, they aren’t even in a relationship. They are more so f*** buddies or friends with benefits since it doesn’t seem either really wants things to go further. Thus further tainting the whole affair. 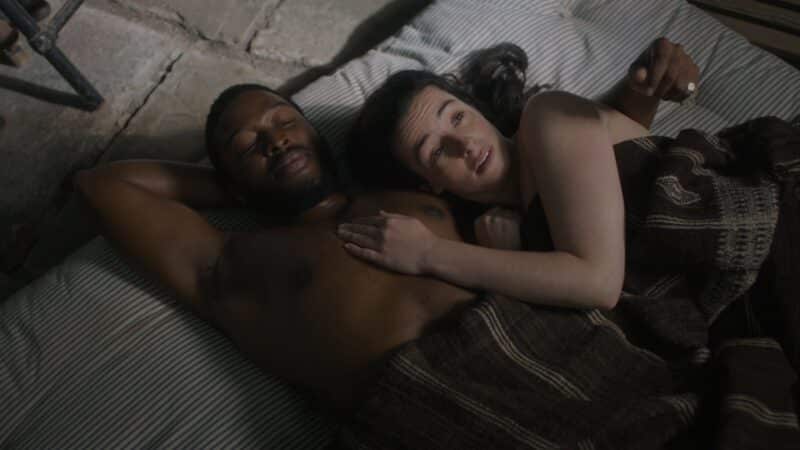 Dr. Cousens and Amalia in bed together

It Doesn’t Really Build Up To Anything

Part 1 doesn’t build up to some grand finale. You could submit learning Amalia’s whole story was a good payoff in the mid-season finale, but it came out of nowhere. Also, it created more questions than provided answers. Be it what the Galanthi is, how did society get so bad, was that Harriet’s descendant in the future, among many others questions.

My bad, I mean Zephyr or Stripe. Now, when you put the whole story together of how Zephyr was sent to the past after Amalia ended up in the river, admittedly, it’s not terrible. However, as much as it explains, it also massively complicates things. This makes the season being split in two a detriment since it doesn’t feel built to end things as it does.

The Nevers isn’t bad by any means, it just lacks direction. It knows it wants strong female characters, but it seems not to know what to do with them. Also, it wants people with powers and this mysterious thing that gave them powers, but again, it’s unclear what the end game was, and episode 6 doesn’t help at all.

This could lead you to submit that maybe this wasn’t supposed to be released as half of a season, but HBO needed content, and this was far enough along to be released? I would give you that. However, sometimes it is better to hold off than released something half-done. Especially if the time between the first and second half will be so long it’ll feel like you need a recap to remember what the hell happened. 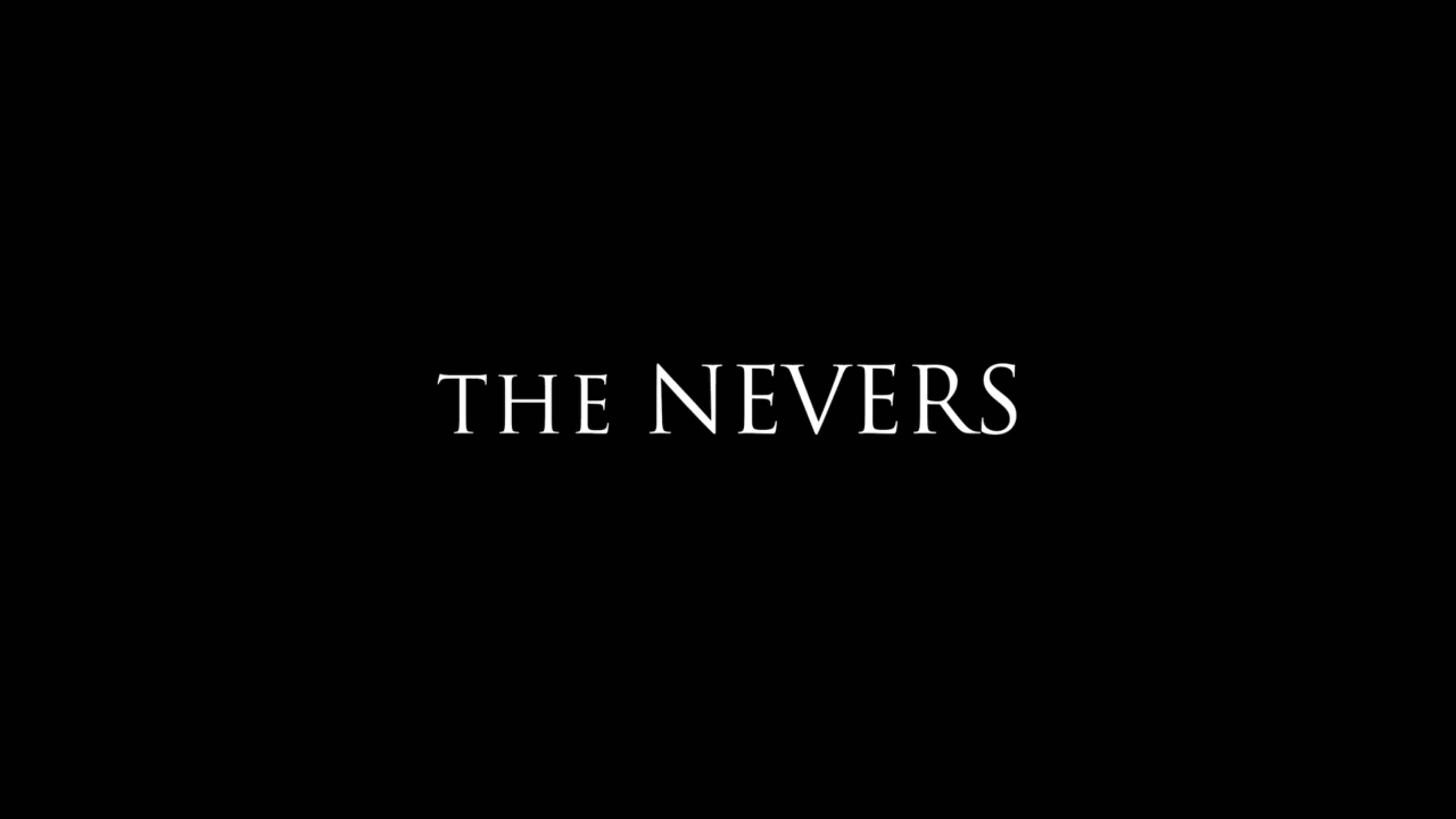 The Nevers: Season 1 (Part 1) – Review/ Summary (with Spoilers)
Who Is This For?
Those who still enjoy Joss Whedon's style of girl power, even if it at times feels dated and only effective for a handful of characters.
Highlights
Maladie
A Handful Of The Relationships On The Show – Whether Romantic Or Platonic
Amalia's Fights
Disputable
Lack of World Building
It Came Off A Bit Bloated At Times
Your Usual, "Powerful Men Fear Powerful Women" Trope
Dr. Horatio's Relationship With Amalia
It Doesn't Really Build Up To Anything
Amalia's Whole Story
75