Unless you’ve grown tired of this new sub-genre of Black horror, mainly focused on the psychological effects of racism, you’ll find Lovecraft Country to be a wild ride.

Sometime in the 1950s, we meet Atticus Freeman. The young man is a Korean war veteran who is traveling back home due to his father, Montrose, disappearing for at least two weeks. This leads to the introduction of his blood uncle George, little cousin Dee, and aunt Hippolyta. Also, while back home, we meet what likely was his childhood crush, Letitia.

Now, while home, Atticus ask around about his dad but ain’t much in the way of information available. All that is made clear is Montrose had a drinking problem, and he could have headed off to a place called Ardham, off in Massachusetts. But things get strange when it is mentioned how he planned to get there.

You see, Uncle George works on a green book, or the green book, which helps Black folk safely travel. However, Montrose didn’t take his car. Rather, we’re told a silver Ford sedan took Montrose, and with that, Atticus’ only hope is his father, and this white looking lawyer, went to Ardham. And being that George was fixin’ to get on the road anyway, and Letitia couldn’t stay with her sister, the two join Atticus on this quest.

Thus leading to them heading out to Devon County, dealing with some racist, and also encountering monsters. All of whom seem to be almost protecting the hard to find Ardham – the final place Atticus and company end up.

Stories are like people. Loving them doesn’t make them perfect. You just try and cherish ’em, overlook their flaws.
— Atticus

I’m not scared ’cause fear’s not gonna save us right now.
— Atticus

When it comes to diversity and representation, specifically with Black folk, there is still a long way to go. For while you can find a multitude of comedies, and a growing amount of dramas, when it comes to sci-fi, fantasy, horror, mysteries, coming of age stories, and musicals that aren’t based on a popular figure, there is still underrepresentation. Heck, in TV, if you solely look at the channels and streaming services HBO would call peers, you’d be pressed to find shows, or films, which have lead Black actors and focus on their experience.

Which is why Lovecraft Country feels fresh and engaging. There isn’t a similar show out there focused on Black folk going up against monsters, with a mystery element that raises an eyebrow. Usually, there would just be one or two as tokens in an ensemble. So for it to be three, and one of them be a woman who isn’t a liability but an asset? I can only assume seeing this is akin to when people in my parents, or grandparents, generation saw Black folk on television on a rare occasion.

While familiar faces always help with any program, unless they can deliver, name recognition can be a ruse of their actual value. Luckily, whether talking about Jonathan Majors, Jurnee Smollett, or Courtney B. Vance, you got both actors and characters you want to invest in. For with none of them necessarily trapped by characters they played before which have eclipsed their careers, you can get into Atticus, Letitia, and Uncle George, respectively.

On top of that, with each one your investment can be beyond them being Black. For with us learning about Atticus being this nerd growing up who went to war to get away from his father, and having someone thinking about him in Korea, he is developed. Taking note Letitia got issues with her siblings Ruby and Marvin, is a freedom fighter, a bit of a nomad, and history with Atticus, she is made to seem like more than a mandatory female character or inevitable love interest. Then with Uncle George, he gives us insight into Atticus’ family. He both provides where he came from, what they are now, and with him working on a green book, we get a taste of history there. That is beyond yet another reminder of how America hasn’t really changed.

Setting aside the leads, there is also what they go through, and their goal presented. Trying to find Montrose, just in one episode, has probably been the most exciting thing we’ve seen in ages. For while the monsters weren’t scary, the threat on the leads lives over trying to find this isolated town drove the need to wonder what’s there? Heck, add in these two white people, who look like they belong to The Umbrella Academy into the mix, and it makes you crave answers because of the sea of red flags and raised eyebrows made.

A part of me almost wants to make this a sidebar for I don’t know if it should be a rating factor. However, there is a need to wonder if shows which venture into genres which rarely feature Black talent, must they include racism as a factor? Heck, while someone who appreciates drama, must trauma be a factor as well?

Granted, we’re not trying to push the idea that the history of America should be never minded and tucked away. After all, what happened to Tulsa became well-known due to what happened on Watchmen, and the actual story of green books can be presented by Lovecraft Country. However, there remains something unfortunate about how tied to racial struggle Black characters often seem to be, and with that existing in what is venturing to be a fantasy, the lack of the ability to escape is just sometimes unfortunate. 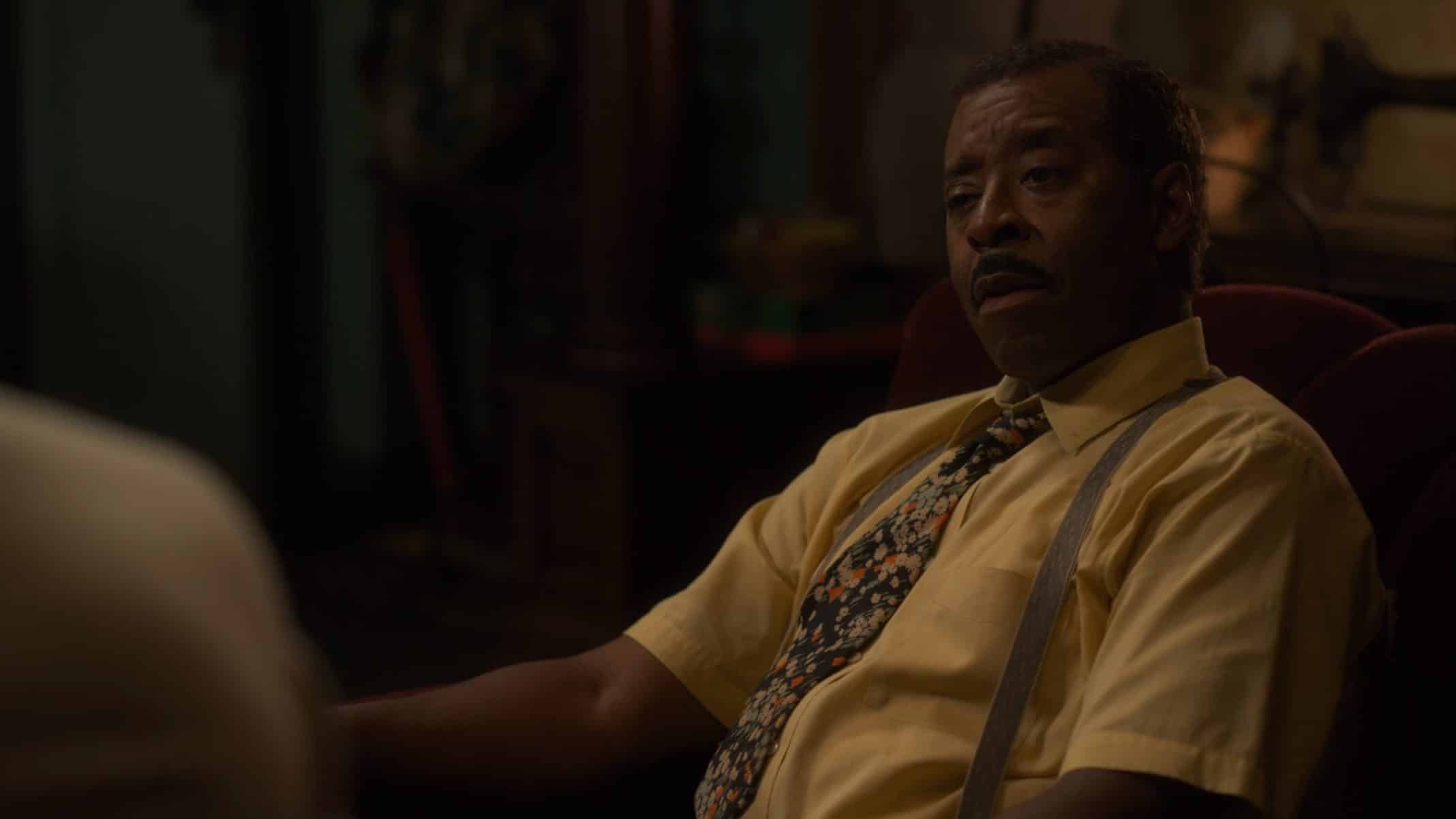 While we are growing a bit tired with how racism and a major traumatic moment are becoming a bit too consistent in the stories we see, specifically those focused on Black people, that’s a personal issue. As for Lovecraft Country as a whole, it presents such a rare opportunity to see talented and charismatic actors like Major, Smollett, and Vance to shine outside of the genres usually afforded to them. Thus giving you the rare opportunity to feel like you are experiencing something new and different, with a budget to go along right with it.

Hence our optimistic view. As of just the premiere, there are multiple avenues to become invested, beyond the skin tone and presentation of the leads culture. Making it so, to dislike this show we could only imagine means you don’t like the genres, don’t want to deal with 50s era racism or simply don’t like productions when the leads don’t look like you.