Noted are cast members, information about their character, notable events, organizations, and other details about the show.

A veteran of the Korean war, with a complicated relationship with his father, Montrose, and by complicated, we mean Montrose was abusive to Atticus growing up. Hence, alongside his mother’s death, why Atticus joined the military. After all, even with a certain love for his aunt, uncle, and little cousin, there wasn’t anyone holding him back in the United States.

I’ve done… horrible things, things I’ve tried to forget. And when I’m with you, that seems possible. It’s like… ’cause you see the good in me, I know it’s there.
— Atticus (Lovecraft Country 1.6)

Atticus’ uncle, and Montrose’s older brother, who is married to Hippolyta and has a daughter named Dee. His occupation is working at a publisher that releases a green book that helps Black folk of the time know where it is and isn’t safe to travel. However, after a beating during one of his trips, his knees aren’t what they used to be, and this pushes his wife, who often helps him write his articles, to want to participate in a more active way than just making George’s notes into something cohesive.

George and Hippolyta’s daughter, who is an artist. One who often draws comics for her father as he travels across the country, and also seems to be an artist for her father’s green book as well.

Dee’s mother and George’s wife, who, for the most part, is a homemaker. However, she does have a taste for adventure. This likely stems from her long being the person who handled her husband’s notes after he returned for trips and possibly writing the articles.

I feel like they just found a smart way to lynch me without me noticing the noose.
— Hippolyta (1.7)

Letitia can usually be found with a camera in one hand, and the other extended either as a greeting or because she is asking for something. From what it appears, she is the youngest of three and doesn’t necessarily have the best relationship with either of her siblings, especially with her missing their mother’s funeral.

But, with a sense of adventure, a passion for activism, some singing talent, and being a high school track star, she becomes a good partner for Atticus’ journey to find his father.

A local singer with some notoriety, but not the kind of fame or money to have her own home. Which disappoints her sister Letitia who, when she breezes in, was hoping for better accommodations than what was offered. 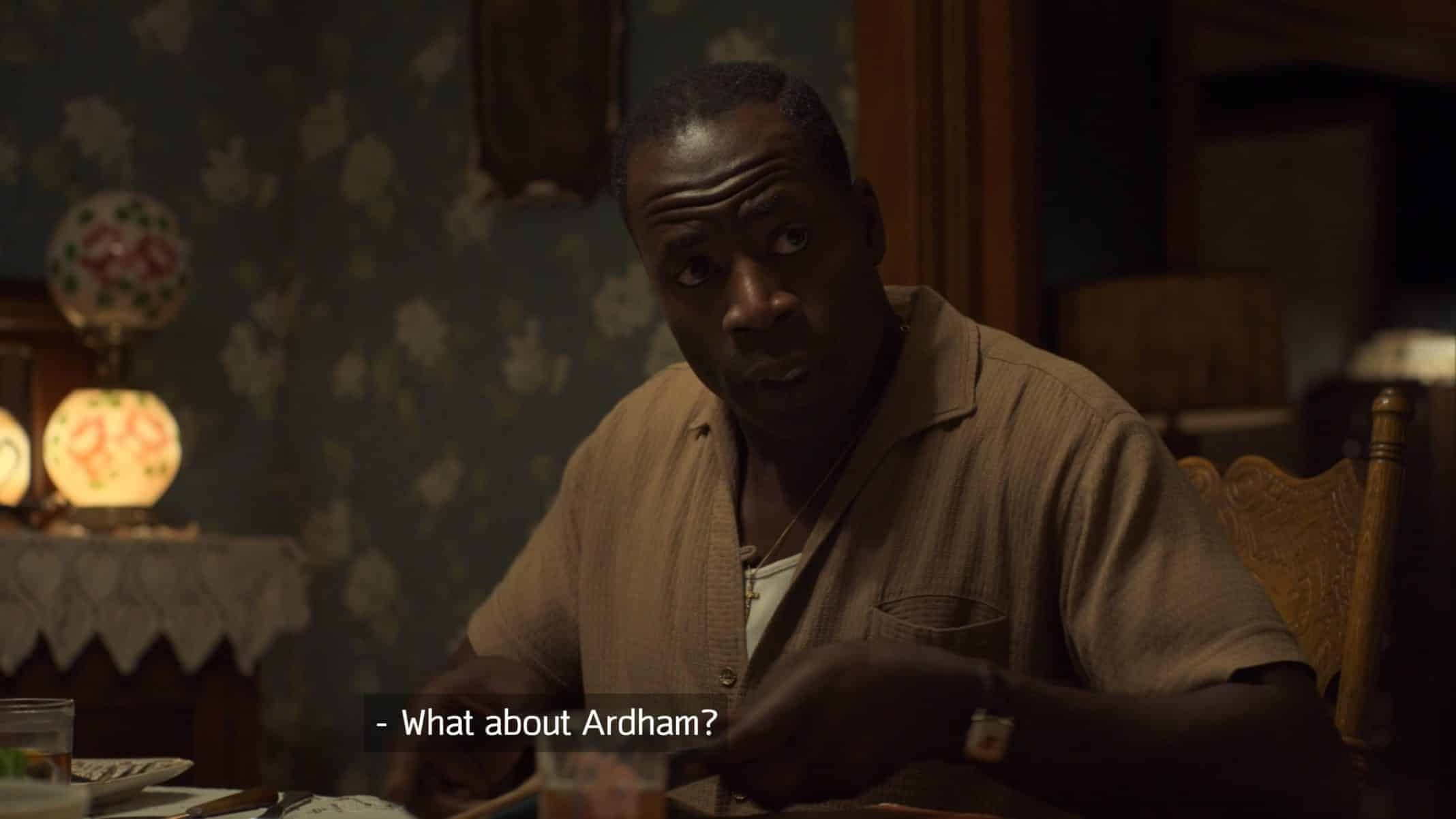 Marvin is Letitia’s older brother who, the way it sounds, while their mother raised the girls on the south side of Chicago, their father raised him elsewhere. Thus, he and his sisters are a bit disconnected, but Marvin and Letitia especially. Why? Well, seemingly like with Ruby, it is because seeing or hearing from Letitia is usually related to her needing money or a place to stay. Making her inability, or lack of desire, to show up when the family needs her, like their mother’s funeral, frustrating.

Atticus’ estranged father, and also George’s younger brother, who is known for his drinking habits, outbursts, and being a widow. One who, as a child, was far nicer, but then that got beaten out of him.

A friend of Christina who greets Atticus and his party and attends to them during their stay – but is not a butler.

The leader of the Order of Ancient Dawn that is trying to open a doorway to the Garden of Eden for eternal life.

With being born a woman, Christina found herself on the outside of what her father and his peers have long planned, yet knowledgeable just the same. Making her olive branch towards Atticus a question of whether her friendship is a ruse or a slight against her father.

Dora’s ancestor who escaped her owner, Titus, and his cult, after being raped and impregnated during the great Autumnal Equinox fire of 1833.

A woman who keeps appearing to Atticus who seems to be someone he left behind when he fought in Korea.

The owner of a fairly popular bar on the southside, alongside a gay man.

A two-spirit Arawak who Titus found some time between 1810 and 1813, possibly near Guyana, who he used to translate the symbols within the book of names. Which, for Yahima, were similar to that in a cave near Alomun Kundi, which she was taught.

Ruby’s alter-ego when she becomes a white woman that is from a small town in Maine.

The leader of the Chicago lodge of the Sons of Adam.

One of the first to integrate the Marshal Fields department store and not because she was the most qualified, but simply on a whim.

The manager of the Marshal Fields department store.

Ji-ah’s friend who trained to be a nurse, alongside her, and was a local communist.

Ji-ah’s mother who was a single parent before her former husband married her and since his death, she has been a social pariah.

A local shaman that helped Soon-Hee summon the spirit that possesses Ji-ah.

After getting sucked into a portal, Hippolyta encounters Josephine Baker as she travels through time and the two become close friends.

A general during Hippolyta’s time-traveling that teaches her how to fight and stand up for herself.

Seraphina AKA Beyond C’est (Karen LeBlanc)

Seraphina aka Beyond C’Est is essentially God of the universe.

Additional Information About Seraphina aka Beyond C’Est

Two nightmarish figures that Diane has to deal with after Captain Lancaster curses her.

Additional Information About Topsy and Bopsy

George and Montrose’s father who was abusive, and is the reason Montrose is the way he is.

Montrose’s first love back when he was a teenager.