In a partly Montrose focused episode, we head back to 1921 Tulsa to rescue the Book of Names from the destruction of Tulsa.

With Captain Lancaster on the brink of death, it seems Diane is doomed to die. At least until a deal is made between Christina and Atticus for him to return to Ardham during the Autumnal Equinox. Which, for the sake of his cousin, possibly sister, the deal is taken, and so while Christina can’t undo the spell, she can reset it.

But, as usual, with Christina’s appearance, drama comes about before and before. Before in the form of Leti revealing what she gave to Christina for invulnerability and after through Ruby questioning Leti’s loyalty to Atticus. Someone who Christina outright says to Ruby she will kill for she needs every last bit of his blood for the ritual she plans to do. Which, because Ruby doesn’t seem to give a damn about Atticus, she’s fine with what may happen to him as long as Leti doesn’t get hurt.

Oh, and we would be remiss to not mention Montrose reveals to Atticus he may not be his father. An idea which rocks Atticus for he can put up with a lot from Montrose under the guise he is his father. However, Montrose being his uncle? Any means or reason he had to previously forgive him would be gone. 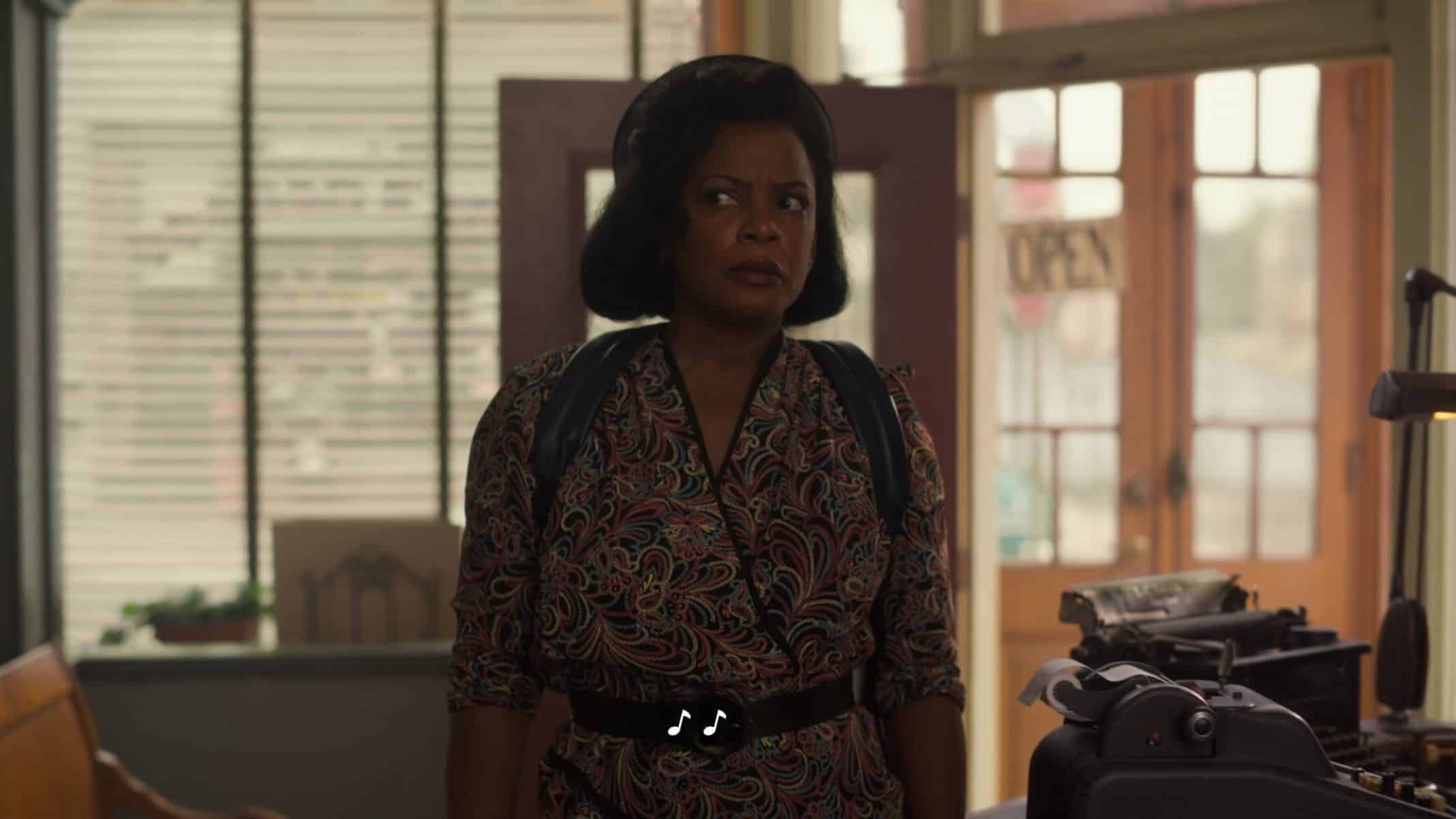 Due to the spell Christina casts only being a bandaid, Hippolyta’s sudden, and unexplained, return is welcomed immensely. However, as she speaks of time travel and other such tasks, it is naturally confusing for Leti and Montrose, who show they have by no means developed a tolerance to what magic can do. But, as they return to Kentucky, to the observatory, and Hippolyta shows what she learned in 200 Earth years, Montrose reveals to Leti a smidge of information about her son and Atticus’ fate. One that, of course, she doesn’t accept, especially with Hippolyta talking about multiple universes.

However, that conversation has to be put aside as the goal is to save The Book of Names from the Tulsa Genocide while not disturbing anything else in history. A task which becomes quite difficult as many of Montrose’s most traumatic memories play out.

In many of his conversations over the season, Montrose has spoken about his father, Verton, beating him away from anything that would have allowed him to explore his sexuality or expression. We see one instance in which Dora saves him from being beat further and George just watching. An act that leads to admonishment and helps you to begin to understand why Dora ended up with Montrose. It wasn’t because she loved him, wanted him sexually even, but it was the best way to protect him. 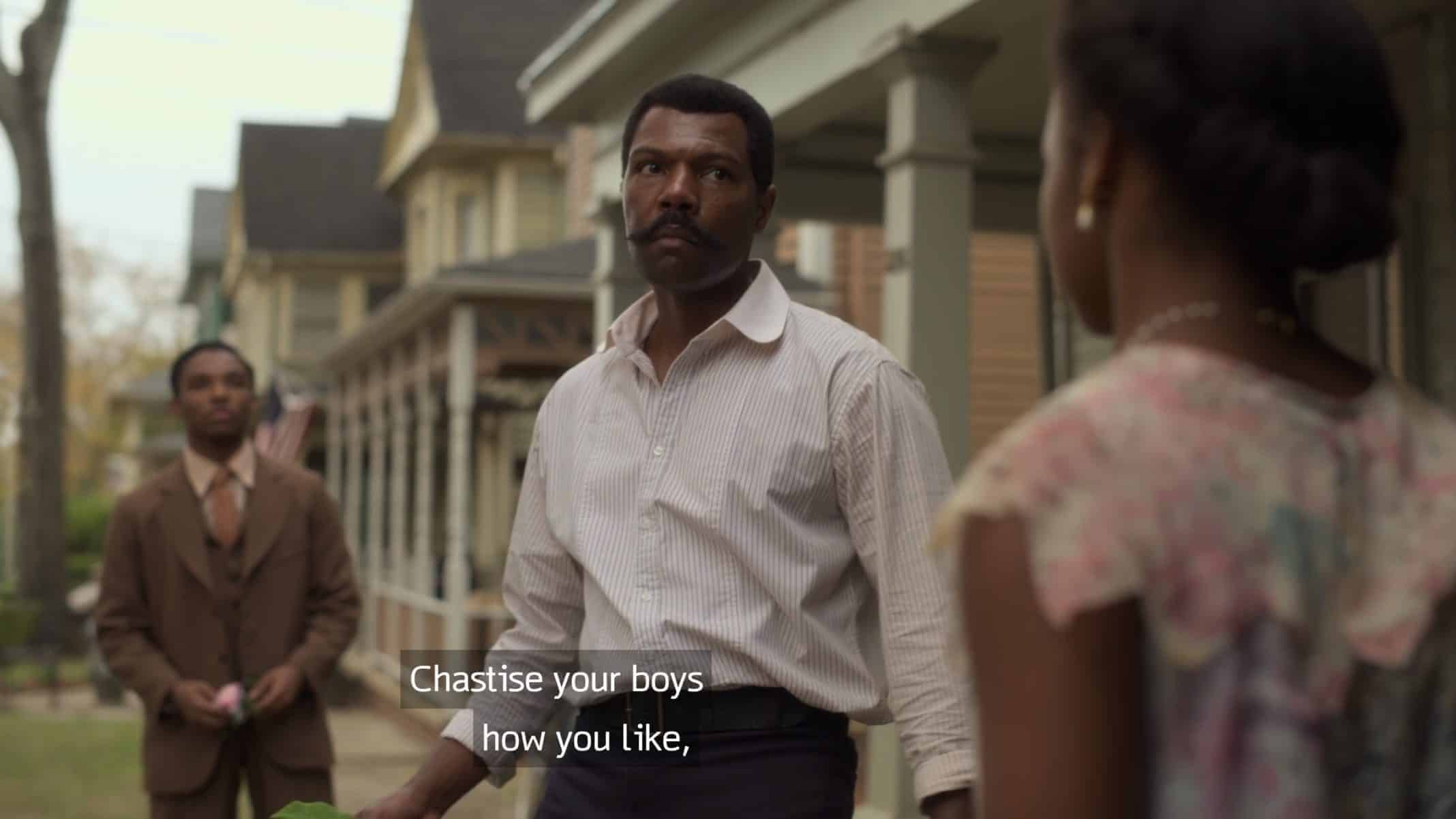 Yet, all Montrose possibly wanted was Thomas. A young man who died minutes after Montrose denounces him and what they have together in hopes of a normal life. And throughout this journey, over Montrose’s shoulder, he has Atticus berating him for his drinking and denouncing him. All the while, not knowing, till this day, all his dad went through.

Now, whether seeing the trauma first hand will change anything? That’s hard to say. What is known though is Atticus might have seen more horrors in this episode than ever before, and Leti is right there with him. For while getting the Book of Names, she watches people burn to death, get bombed, and while that protection spell protects her body, and strangely keeps her clothes from even the slightest burn, her psyche? Oh, that is something it can’t keep safe.

But, at the very least, they all make it back home and with the Book of Names in hand. 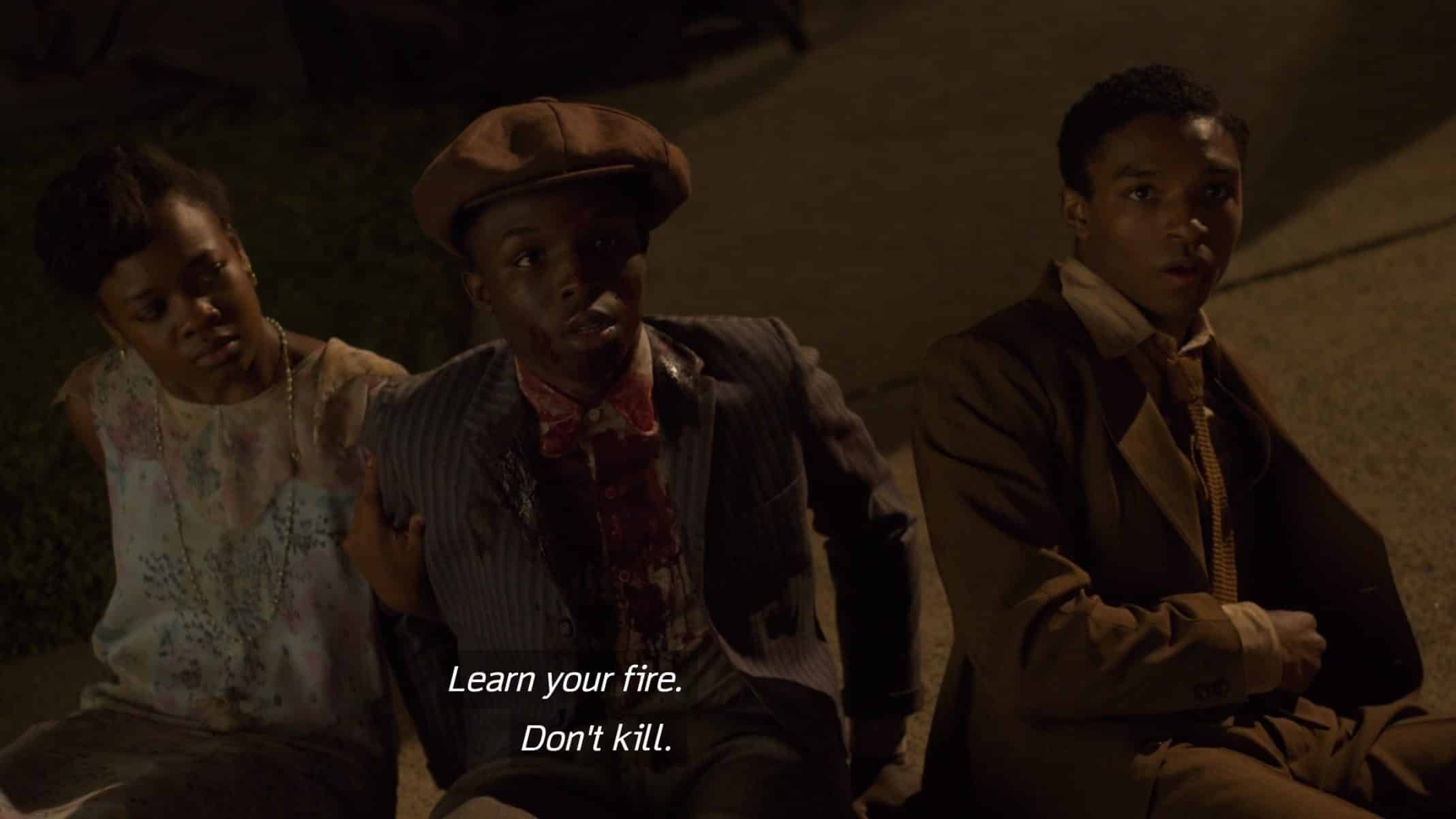 The Focus On Montrose’s Trauma 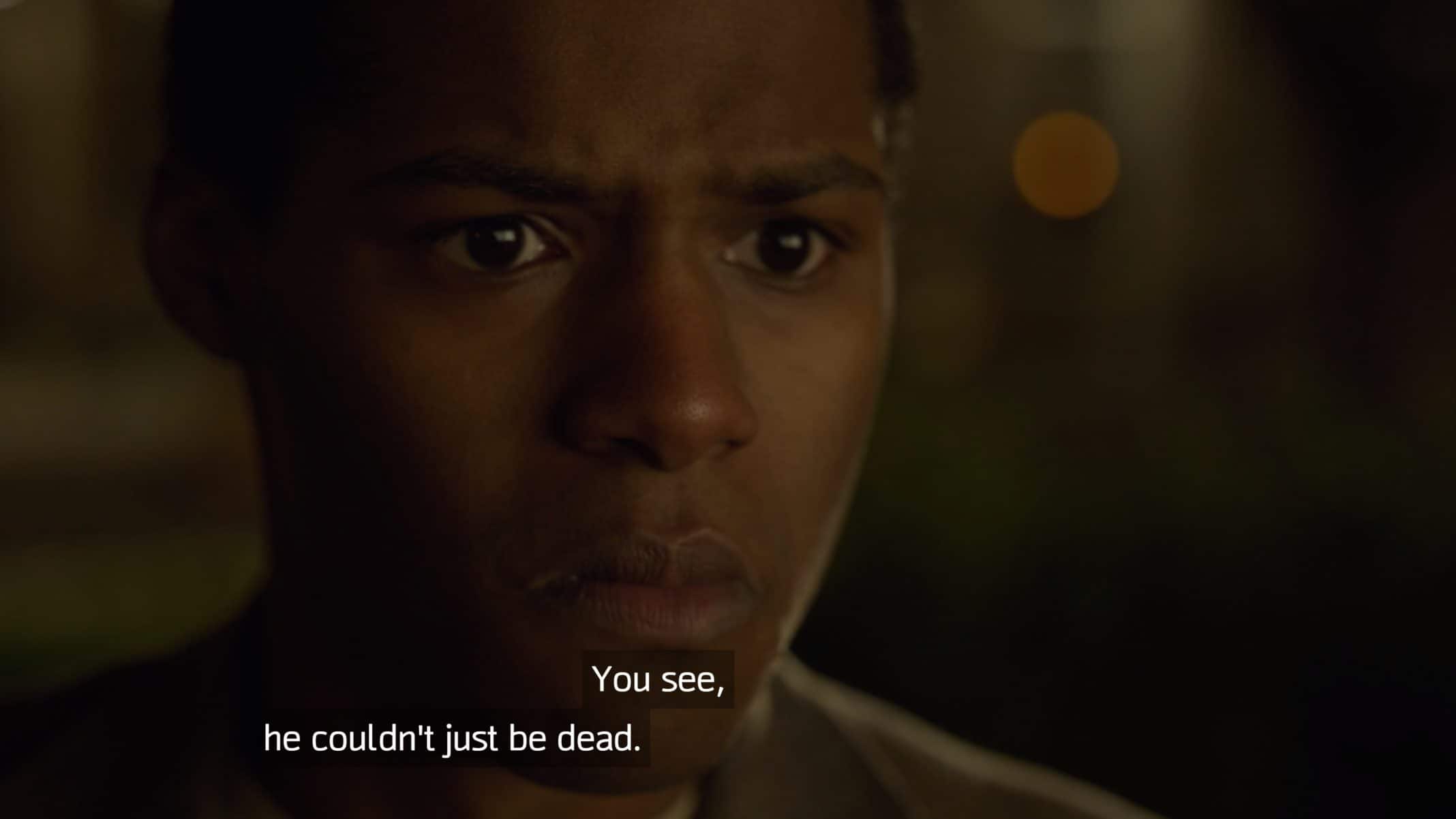 While I may not say this episode will lead to Michael Kenneth Williams winning a Golden Globe or Emmy, it will surely get him nominated. For Montrose’s character is so rooted in trauma that to see him unable to lash out violently but be on the verge of breaking down, that’s something. Never mind, on National Coming Out Day, us seeing him being unable to do so out of fear of what his father would do to him.

Heck, add in Thomas was brutally murdered moments after Montrose got his first taste of holding another boy’s hand, and while his priest story was understandable, this is outright devastating. And I can only hope, with now knowing what his father, biological or not, went through, Atticus will finally understand why Montrose has a drinking problem, amongst other issues. 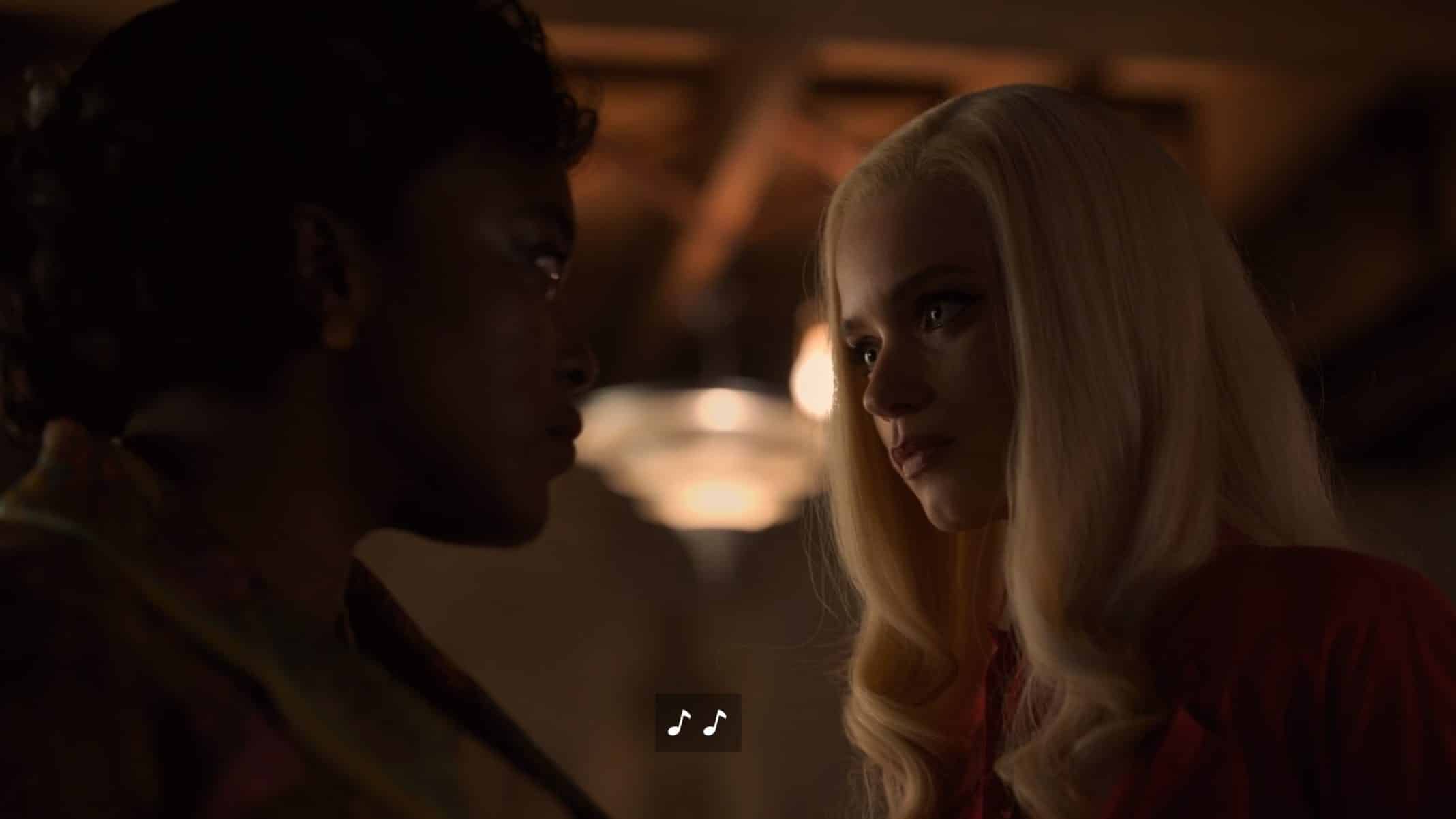 Christina has made it clear, multiple times, she is putting herself first and plans to use whatever she learns and can do to go further than any man – including her father. This includes killing Atticus for immortality, and with Ruby cool with the father of her nephew dying, it shows where he loyalty is. But it also pushes you to really put that relationship under a microscope.

Why? Well, setting aside the idea Ruby is being used, there is also the sexual, potentially romantic relationship that Christina and Ruby have. In a way, it is hard to not want to ship them for you can see Ruby has some sway over Christina. Not to the point of stopping her from doing anything, but Christina will at least hear Ruby out if she asks for anything.

Leaving you to wonder, should they be seen as a queer couple? Granted, Ruby has only had sex with William, but I don’t think she separates William in the flesh from Christina behind the mask. Also, Christina did push the idea she isn’t using Ruby, and her words as William are true. So how that situation plays out is of great interest to us.

The Tulsa Massacre Repeatedly Being Shown

Between “Watchmen” and now “Lovecraft Country,” the genocide, or massacre if that word is too strong for you, that happened in Tulsa is re-entering the zeitgeist. Which can only lead one to hope that, someday, a mini-series or movie will hone in on the subject as a stand-alone project to truly cement one of America’s greatest crimes and horrors.