Ji-ah, played by Jamie Chung, steps into focus as we learn about her and her relationship with Atticus. Thus bringing an episode that hopefully will lead to Chung getting the notice she deserves.

In Daegu, South Korea, 1949, things were simpler. Ji-ah used to go to the movies, do her studies to become a nurse and try to date. Granted, with her being a kumiho spirit, her take guys home lead to them being ripped apart, her consuming their soul, and having their memories. Yeah, to make a long story short, Soon-Hee, the mother of Ji-ah, spoke to a Mudang, think shaman, witch doctor, things of that nature, to help her. For with Ji-ah’s stepfather raping her, she needed a spirit in order to save her daughter.

However, now the problem is Soon-Hee wants her daughter back, so she is trying to rush Ji-ah into having 100 spirits consumed out of hope that it will free the spirit. But, the problem with that idea is Ji-ah is starting to settle in, the kumiho spirit using Ji-ah’s body anyway, and even making friends. Granted, Young-Ja, at first, comes off more like a bully than a friend, but that’s only until the war happens. 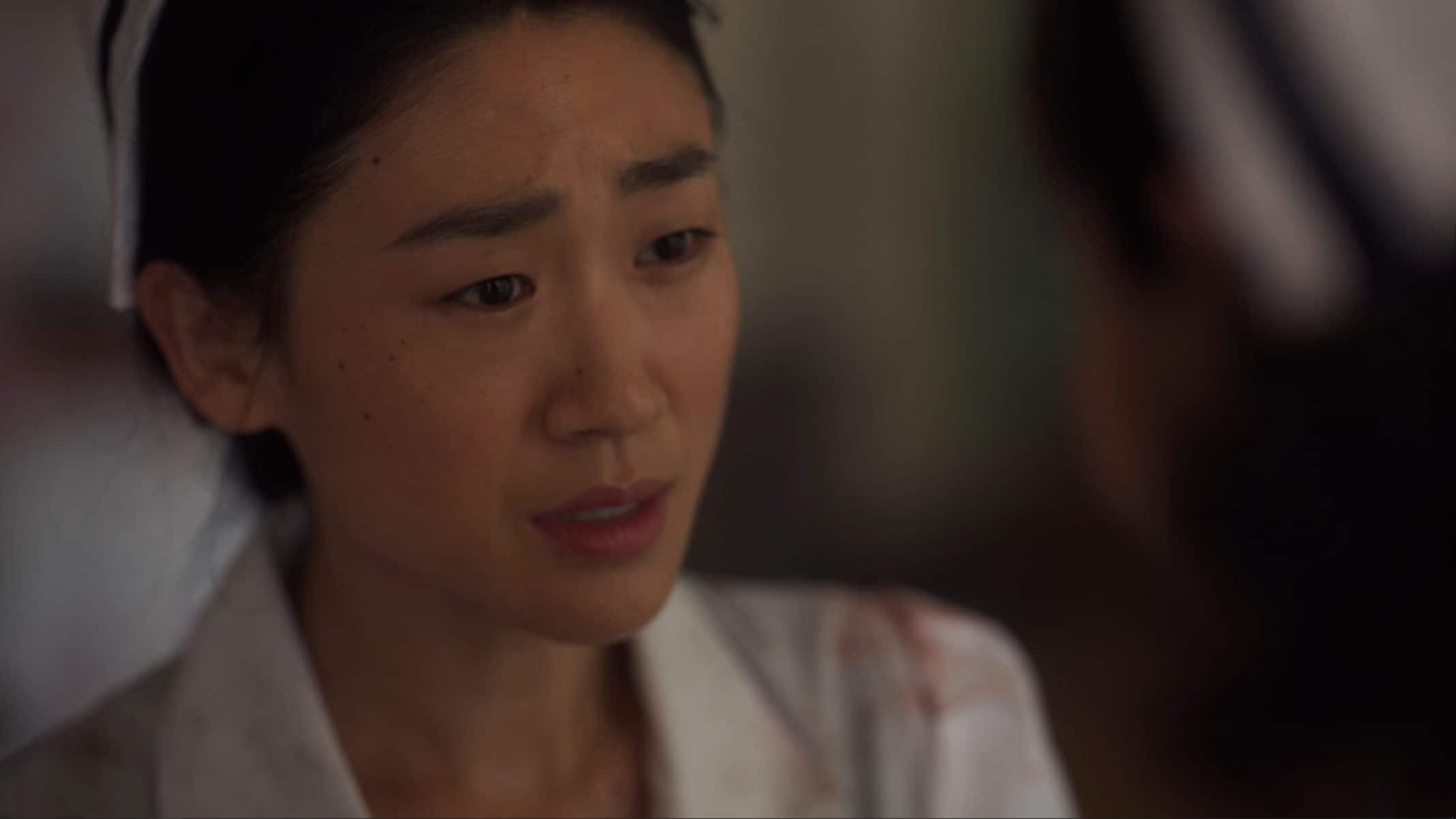 Which is when things drastically change. For while not innocent before, being that the kumiho spirit is rooted in revenge, primarily against men, the death of men didn’t really weigh on Ji-ah. Not to say she was femme fatale about it, but it didn’t give her PTSD or lead to her isolating herself. However, when it came to Atticus, things changed.

At first, it was because he deserved to die in her eyes. He killed someone in cold blood, as did his peers, and that made him the enemy. It put a target on him, and Ji-ah planned to pull the trigger. But then, a season later, they meet after Atticus is injured, and he doesn’t know who she is but sees her as a nurse. So, using that Freeman charm, he woes her, they date, and reveals she will be his first, and she accepts the responsibility. 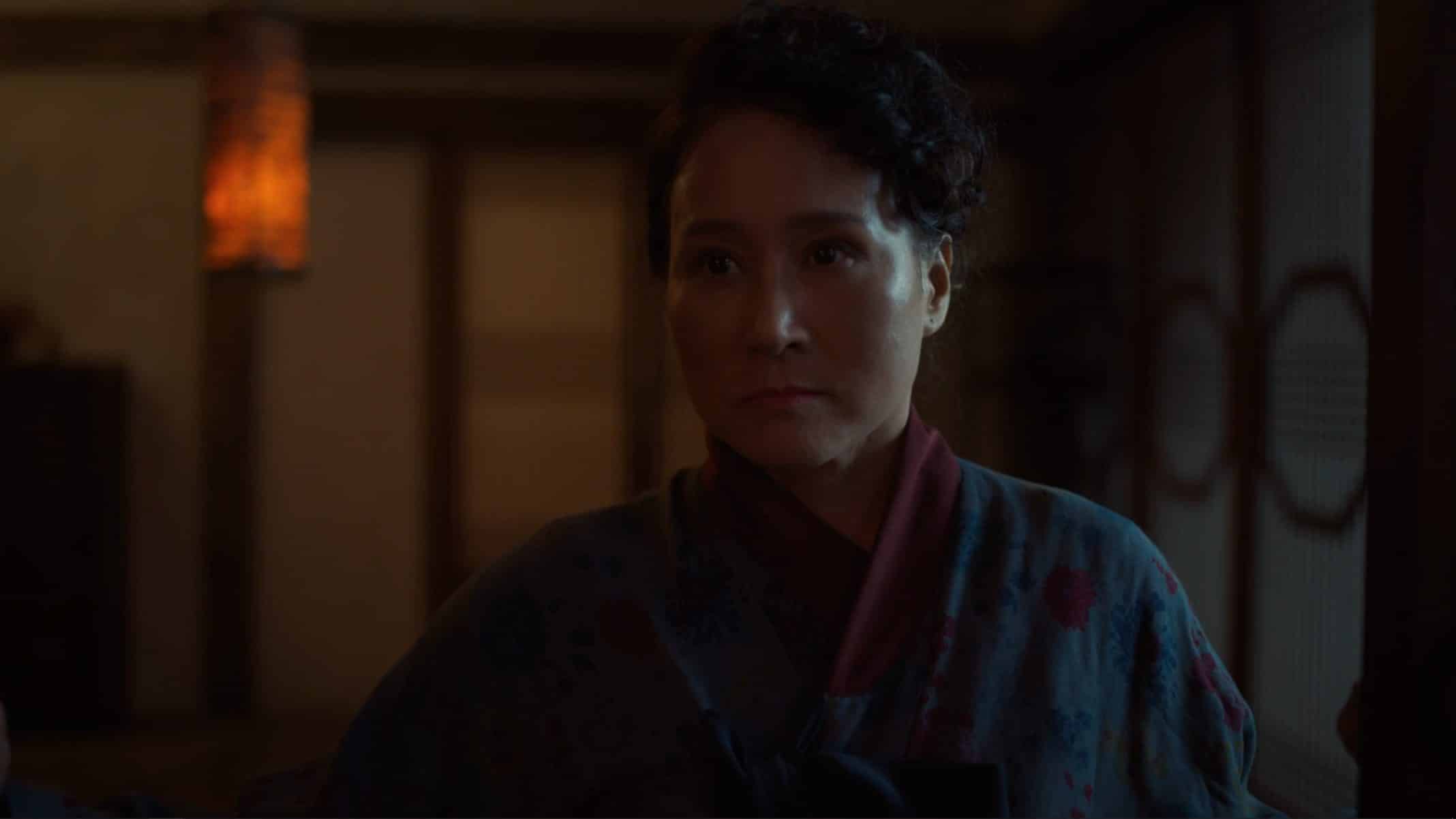 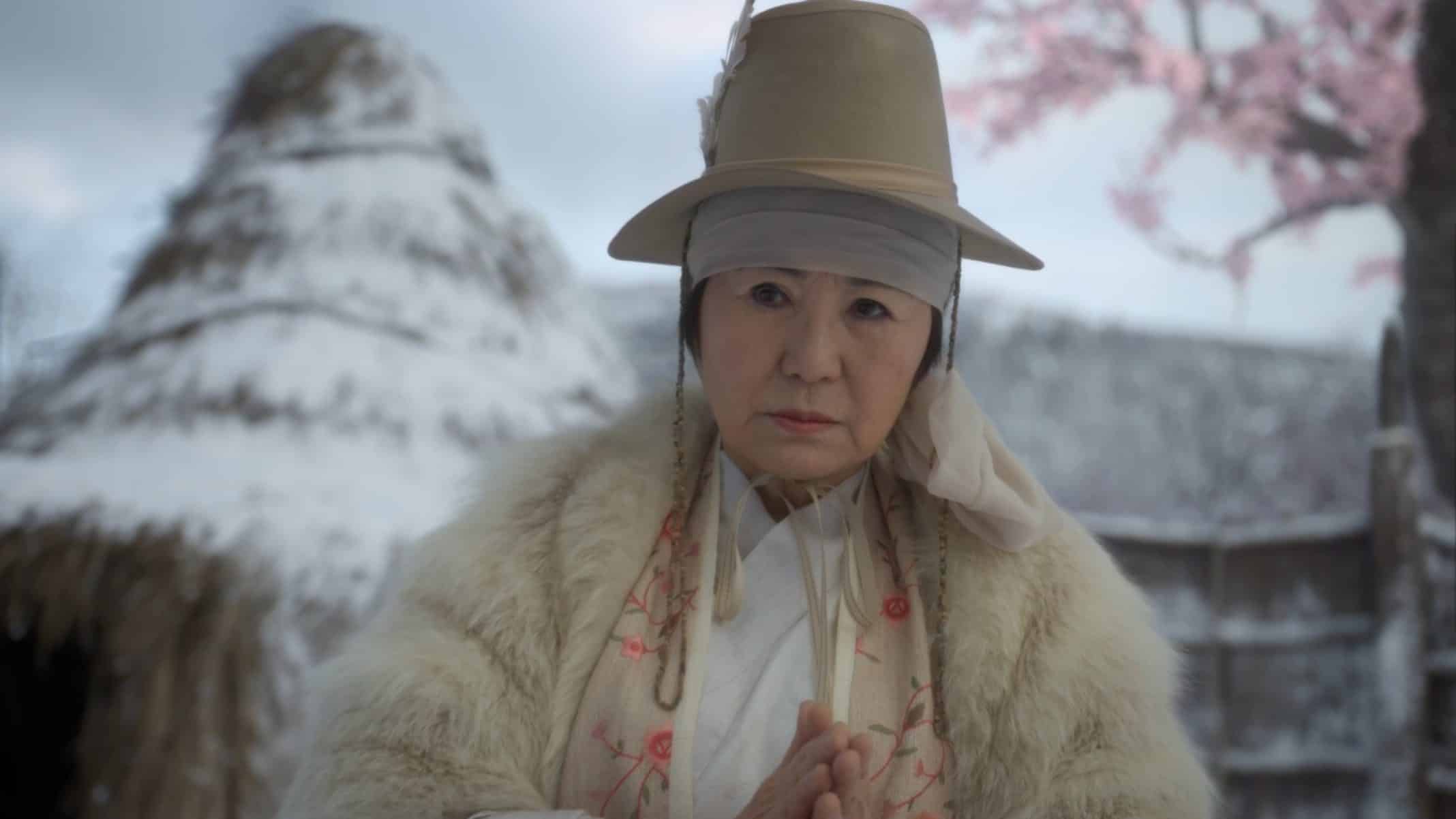 This complicates things for Ji-ah since he fell in love with her and she with him. Making her almost killing him terrifying for both. Especially as Ji-ah sees his past and future, including him dying in what looks like a ceremony – likely by the Sons of Adam. However, she doesn’t get to express that for, naturally, you see spider like arms coming out of every orfice of a woman, that’s going to freak you out.

So while they do stay in touch, it seems Atticus wants no physical parts of Ji-ah. Which, while it hurts, she understands. Plus, at this point, she just wants him to be safe and alive. Well, that and Soon-Hee to accept that this new Ji-ah is her daughter and there might not be a chance for the girl she knew to comeback.

I’ve done… horrible things, things I’ve tried to forget. And when I’m with you, that seems possible. It’s like… ’cause you see the good in me, I know it’s there.
— Atticus (Lovecraft Country 1.6) 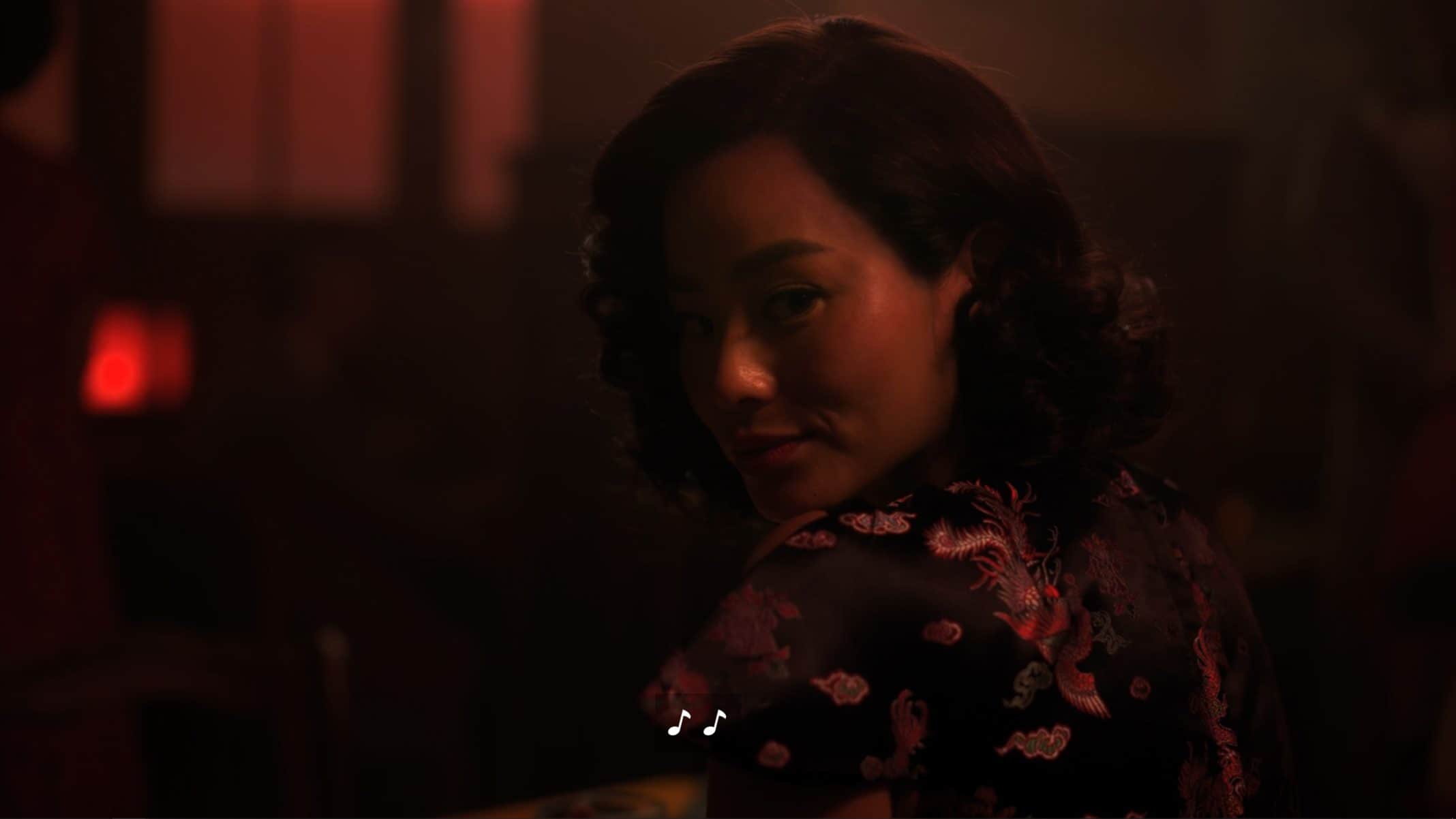 While Jamie Chung doesn’t have pages upon pages of productions on the site, her name is one that leads to confidence in a show. However, with Lovecraft Country, admittedly, it didn’t seem clear how she could fit in. The first episode showed her as an alien, later as a mirage, but with Ji-ah getting an episode largely dedicated to her, you get a few things.

First and foremost, it pushes you to understand Chung is one of those actresses who just needs an opportunity to have their own show and star in their own movie. For the lack of Atticus and the rest didn’t really hit till he showed up and reminded you that he was the lead character. Up until that point, I was down with Ji-ah’s storyline, and they could have thrown in her entire story with Atticus towards the end, and I would have enjoyed myself.

Secondly, I think Ji-ah helps you understand why Atticus isn’t necessarily afraid of the supernatural and confronting it. Between Ji-ah’s love for him, and nearly killing him, like war, it has created a tolerance that allows him to operate under extraordinary conditions. Which isn’t to downplay his fear that we’ve seen, but more so to address how that fear doesn’t stop him from pursuing knowledge. 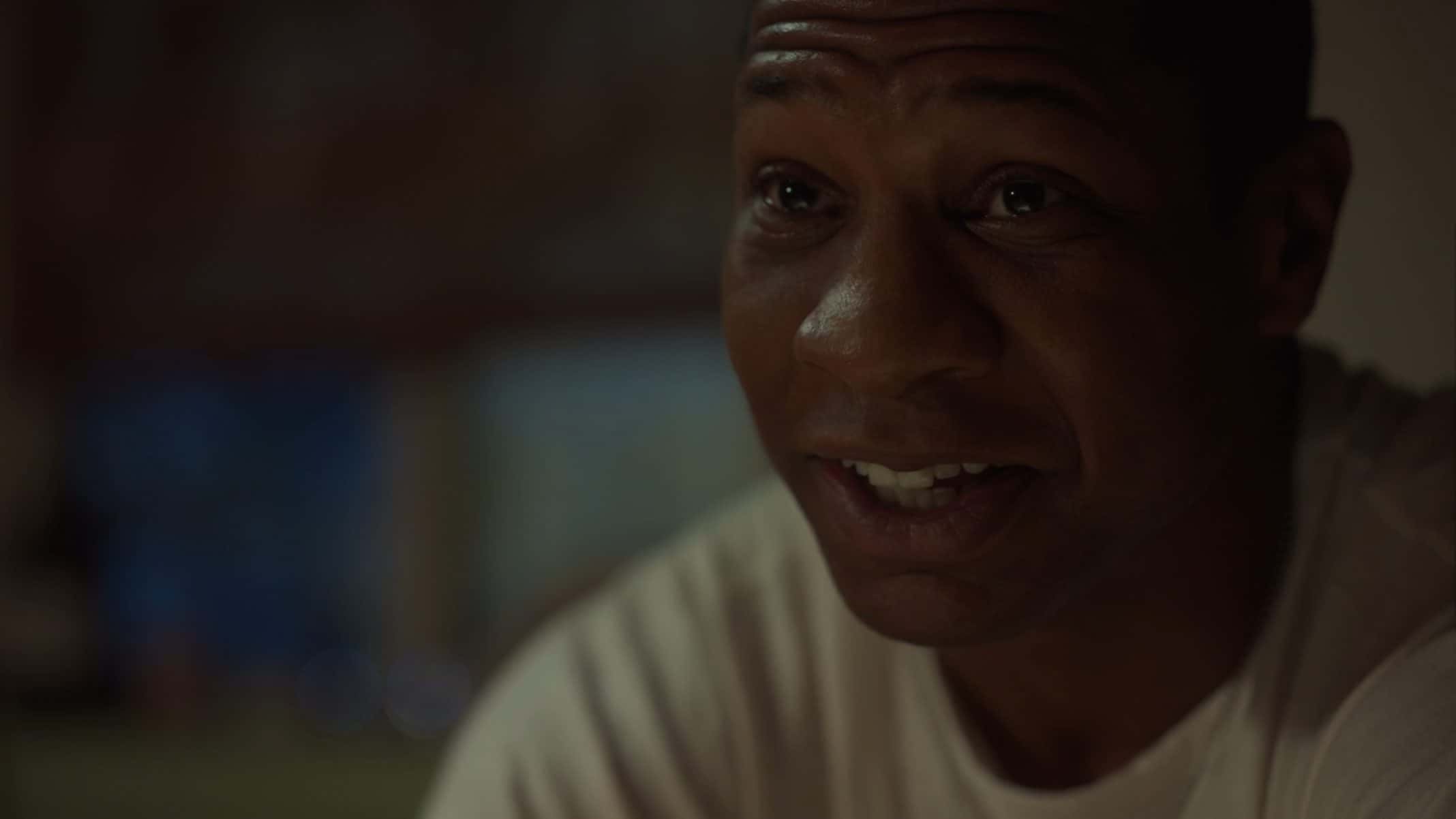 Lastly, this could be seen as petty, seeing how Atticus treated Ji-ah really puts things in perspective when it comes to Leti. Atticus got a tent, an American motion picture, and set up a whole date for Ji-ah, and he hasn’t so much taken out Leti once. They’ve just had sex, and she has shown herself to be a good partner, and he someone willing to use her help and abandon her as soon as he could.

So, taking that into consideration, can we really ship Leti and Atticus since we now know how far he will go for a woman?

A Different Take On The Korean War

It’s always interesting to see a version of American history from a different perspective. So to get a Korean version of what Americans did to the country during the Korean war felt like a treat. It reminds you of how these fights for freedom and democracy often are violent, oppressive, and create more problems than they fix. And while old wounds heal and new partnerships form with the changing of the guard, seeing history from both sides, not just America as the great liberator, is always nice.