“Whipped” may feel longer than it needs to be and has an unnecessary twist, but the end result is what you hope for and expect.

Jovial, Andovi, Tommy, and Chandra know there are things wrong with their relationships, and while some are in denial more than others, it is agreed to see a woman named Vania to learn how to deal with them. However, what wasn’t expected was how extreme her methods would be and a secret she holds, which has allowed her to be quite effective. 29 year old Jovial, nickname Jo, is a scriptwriter who has been in a 4-year relationship. He feels, unlike the others, he isn’t whipped. However, this doesn’t mean there aren’t issues with his relationship. 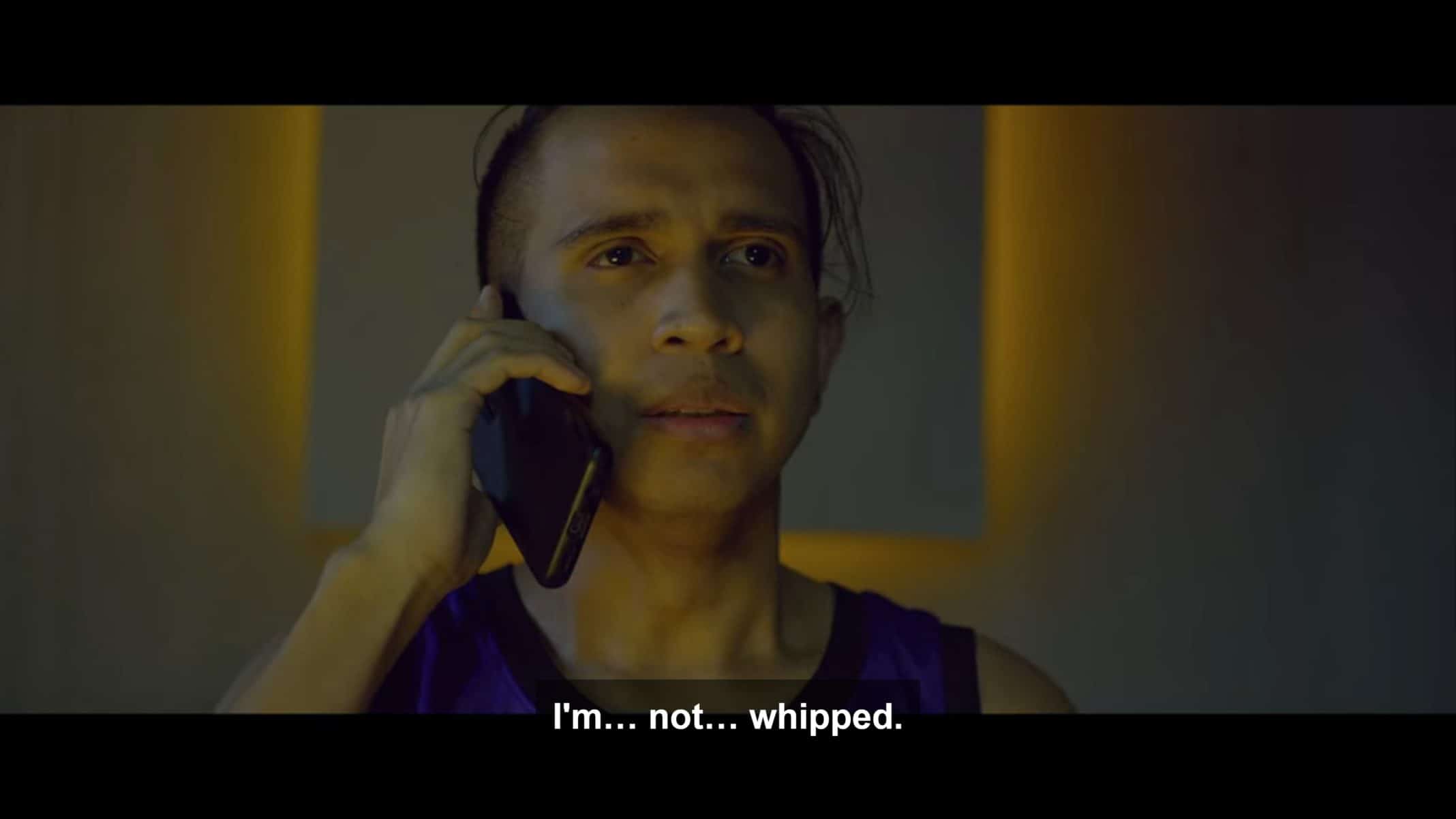 Jovial’s younger brother, Andovi, is 25 and an actor who has a relationship with Kirana that is mostly in Kirana’s favor. Yet, in time, he recognizes how much he is willing to go the extra mile, but it seems she might have to be tested to know if she’d do the same. 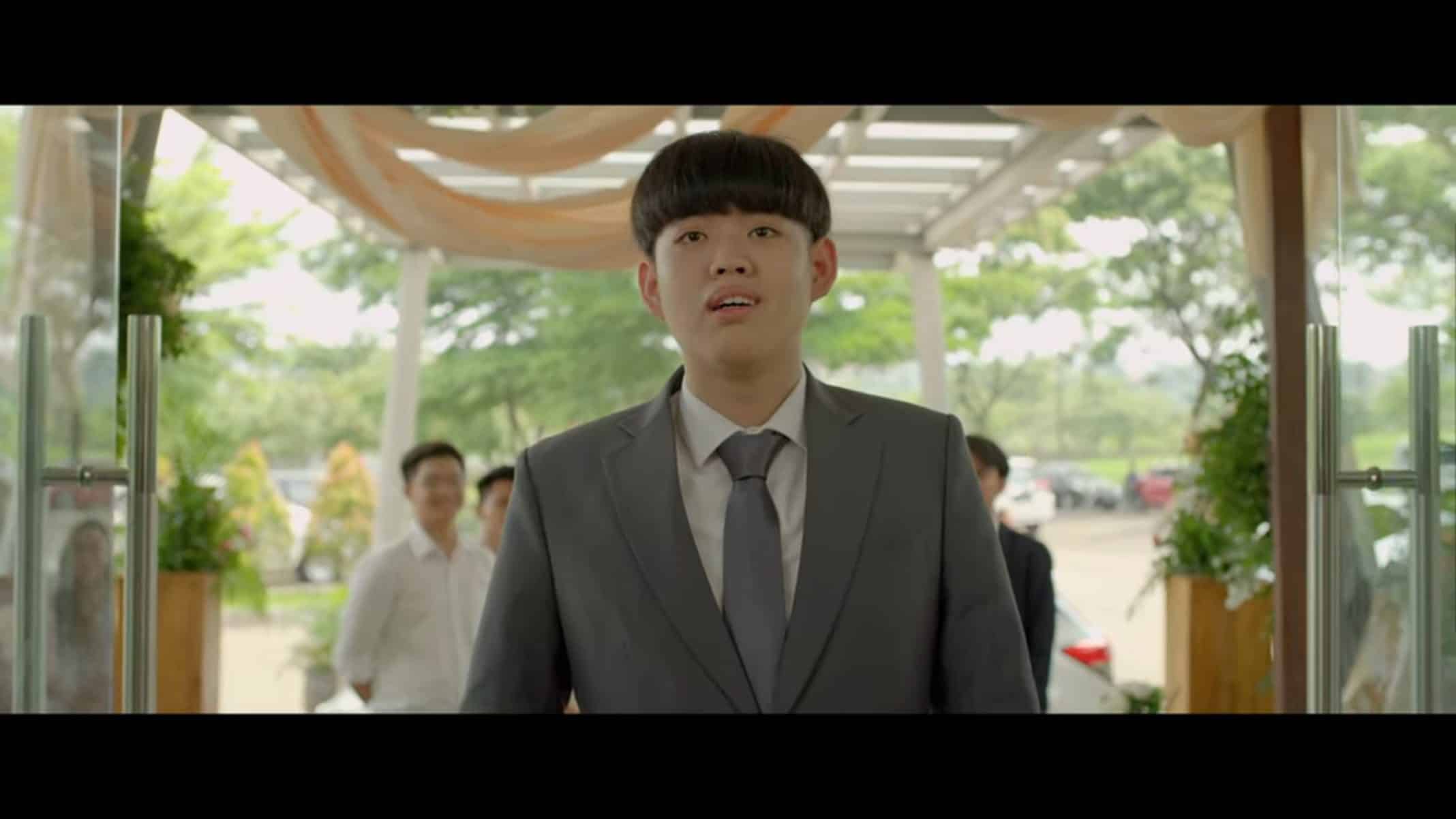 24-year-old Tommy is the only member of his friend group who is on his way to marriage, but, like Andovi, the dynamic between him and his girl, Julia, doesn’t serve him. Rather, he moves about like her servant, and it often leads to him making a fool out of himself. Not to entertain her, mind you, but as a joke for the viewer to laugh at. 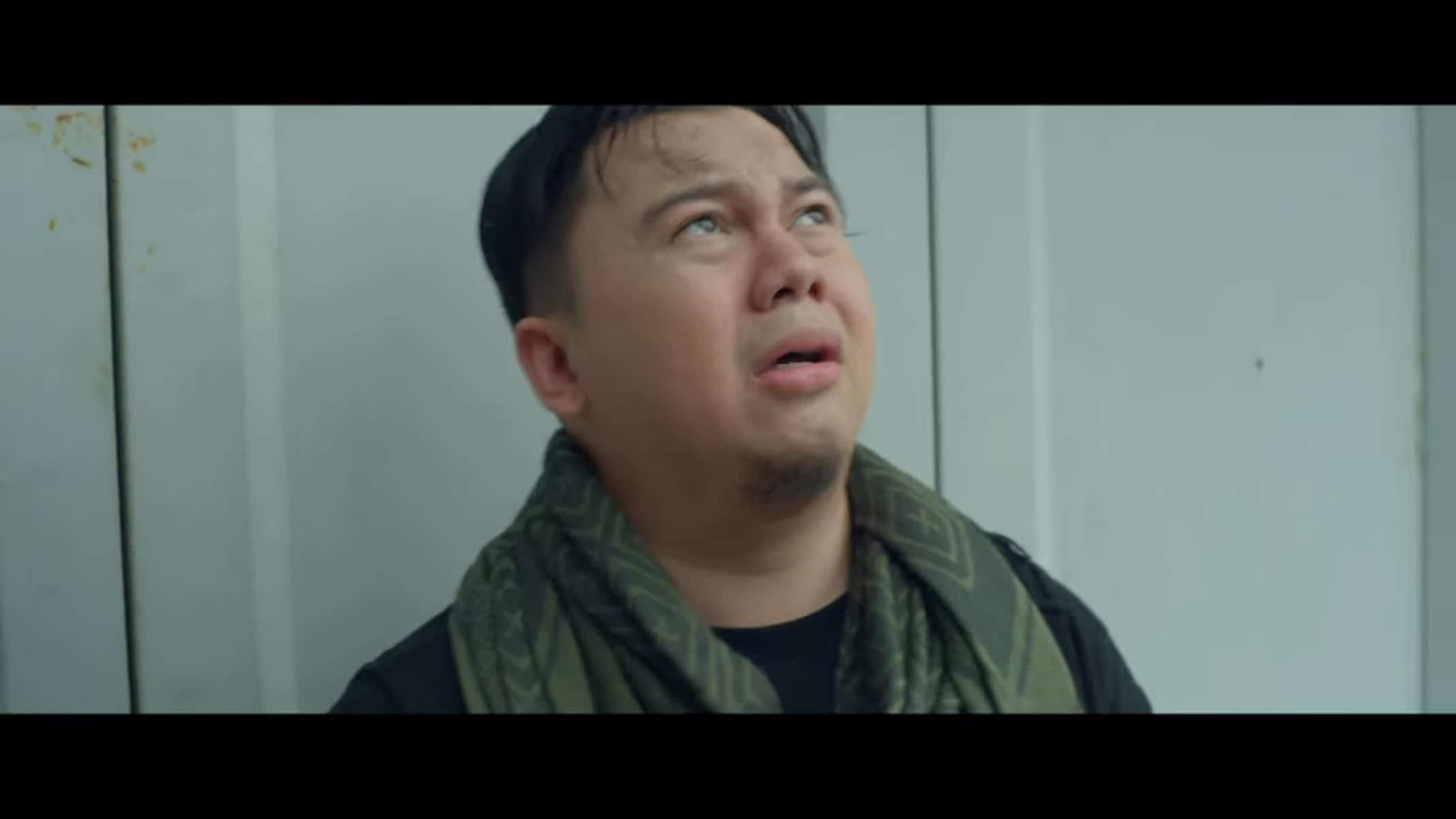 26-year-old Chandra is a director who is the only single person in his friend group and doesn’t seem to mind. At least, considering we don’t see him pursue anyone or ask for help, you are led to assume that, as long as Chandra has access to his friends, being single doesn’t bother him. 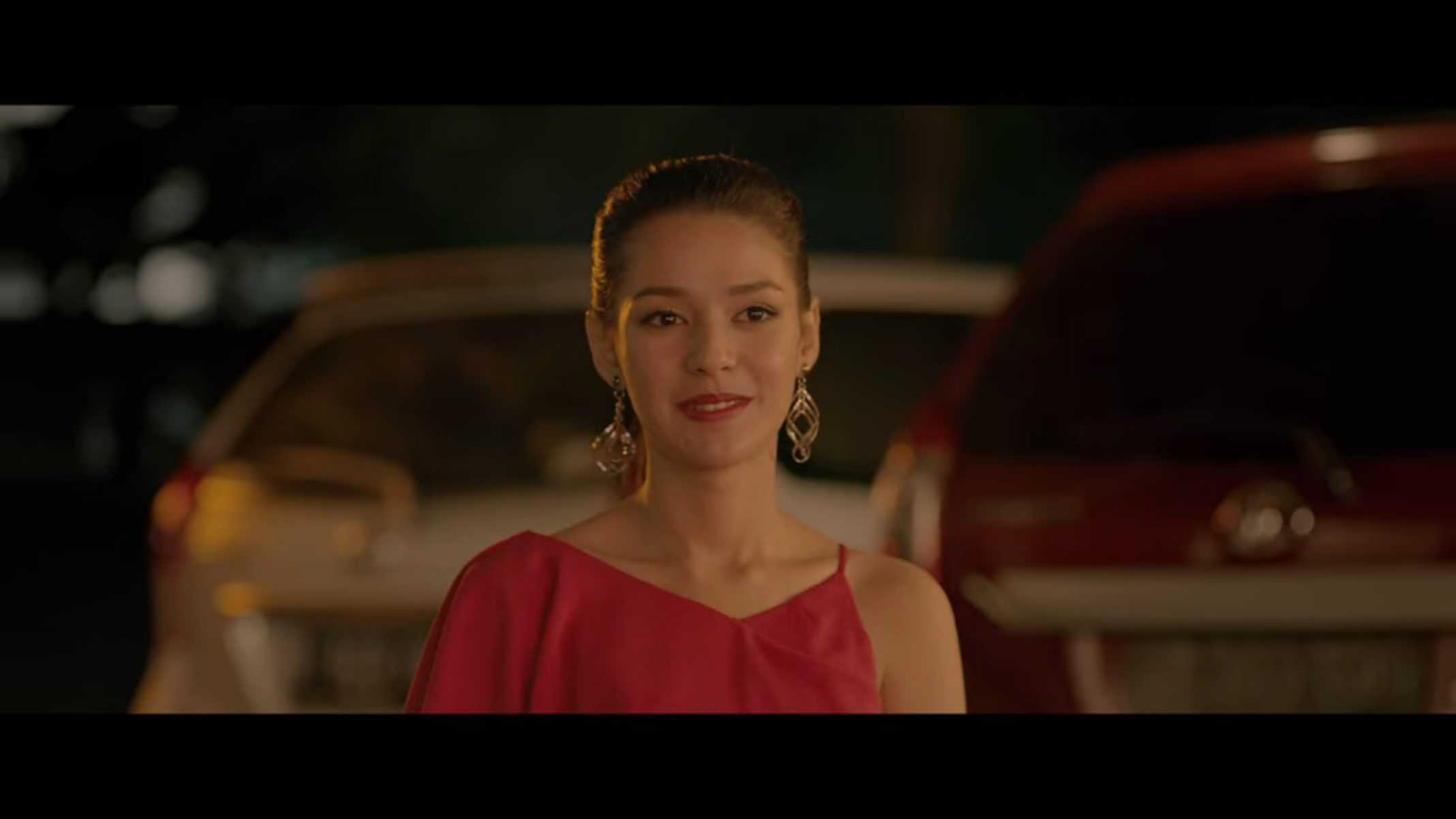 A psychology student close to finishing her dissertation, she is in the final stages of testing a method to help men no longer be whipped, but there is far more to her story than meets the eye. 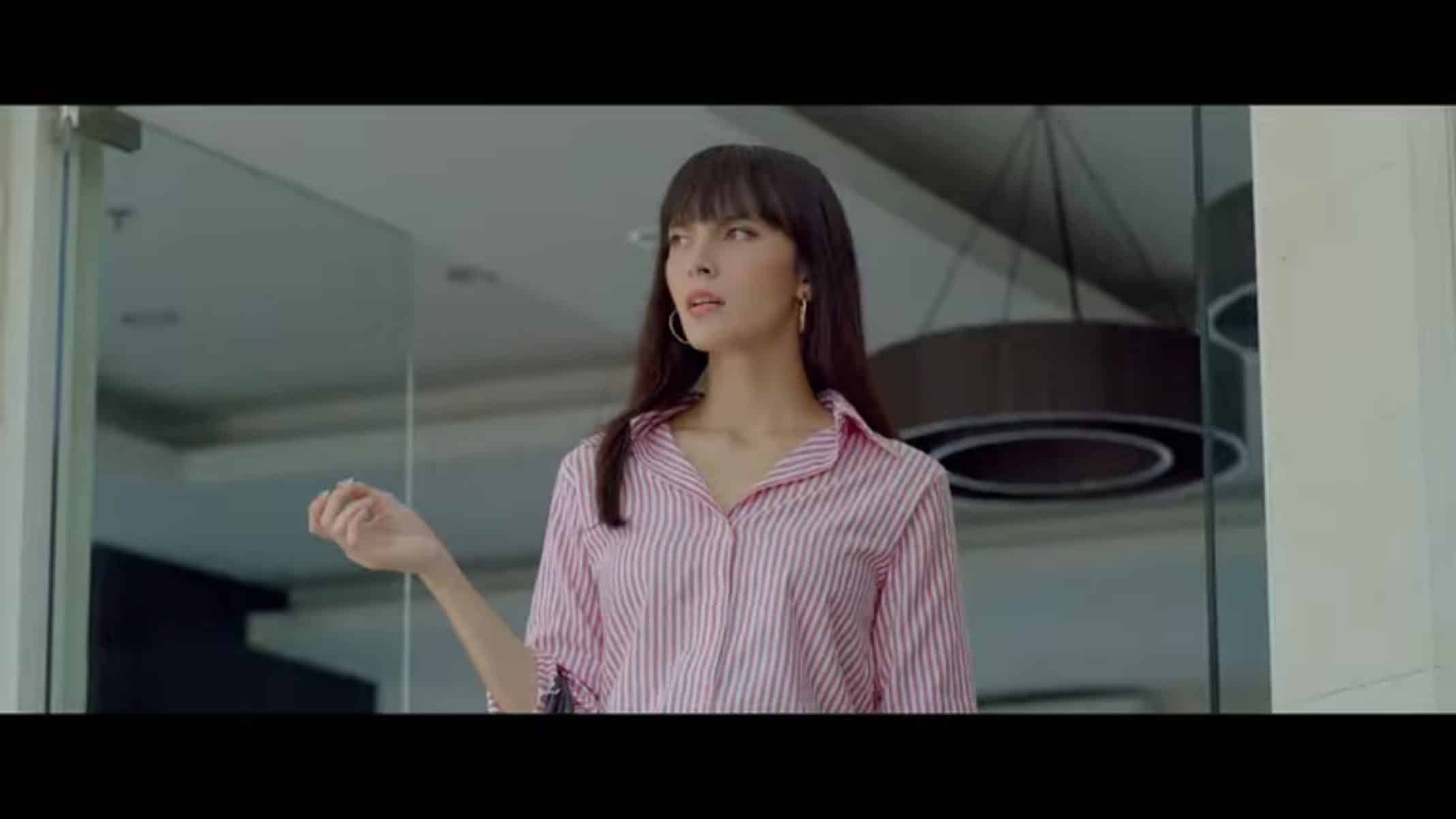 Kirana has a taste for the finer things, and with Andovi being silly, and wanting to give her everything she wants and more, she takes advantage of that. 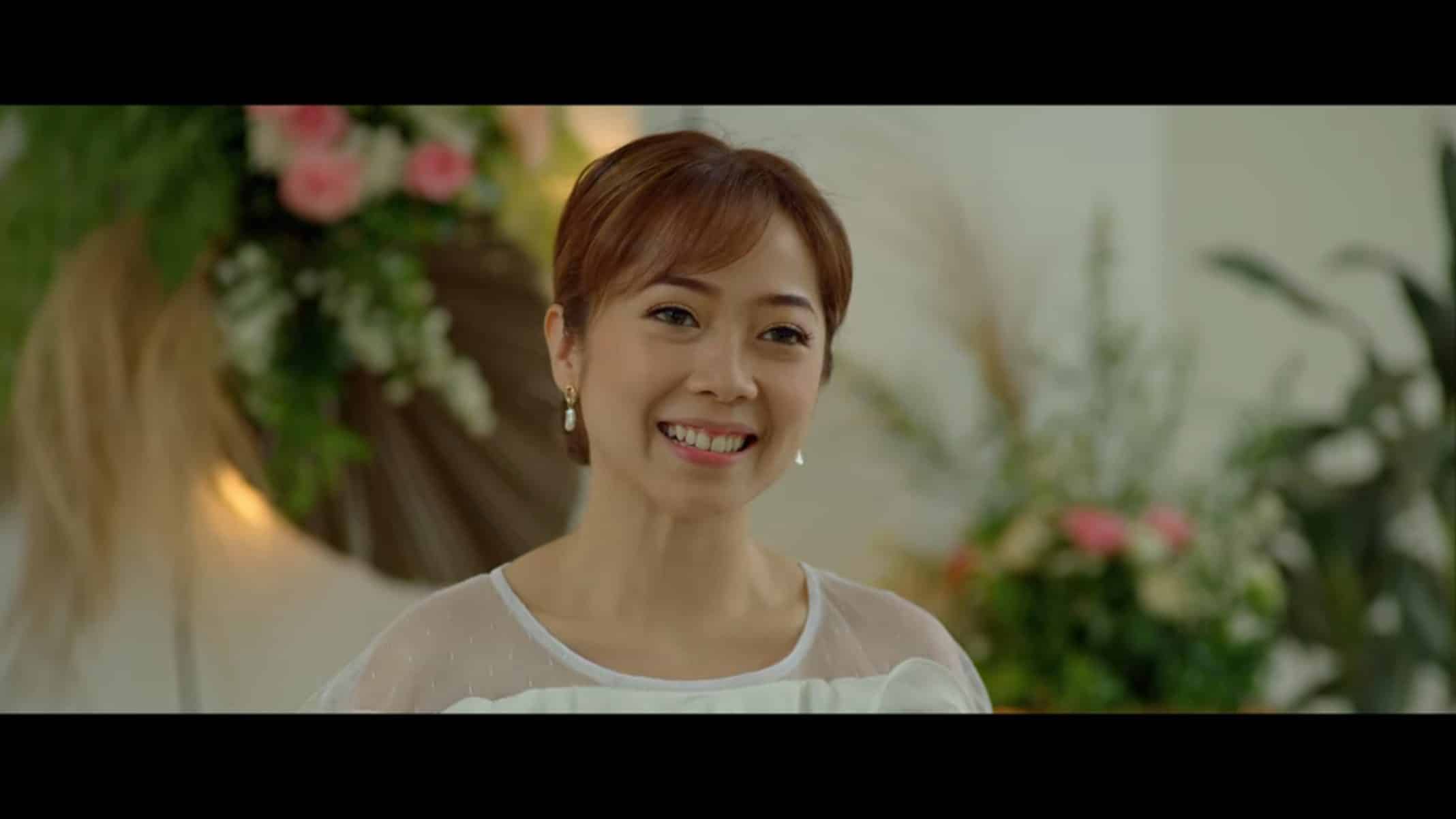 Julia is Tommy’s fiancée, and she wants everything to be perfect for their wedding. However, with seeing the wedding as their relationship’s top priority, and with her ex being a wealthy doctor, she seems to not keep in mind Tommy’s situation. Even though she clearly loves him, otherwise they wouldn’t be getting married. After four years together, Cilla seems ready to marry Jovial, but he doesn’t feel the same way. In fact, he is bored, and with that, she is unsure how to get her and him back to a good place.

For The Most Part, The Women Don’t Seem Bad As Much As Enabled

Considering the comedy of the film, and how the guys generally are made to just seem overzealous, you could come to the conclusion that Andovi and Tommy’s girlfriends, Kirana and Julia, are horrible people. Yet, that isn’t necessarily the case. Does Kirana take advantage of Andovi? Yes, but he enables it, and that shows when Tommy needs Andovi to take him somewhere, and Andovi refuses to just let Kirina manage on her own, as she says she will.

Now, you could submit this was a test or her manipulating him. However, there is a bit more humanity to these women than meets the eye. Take Julia. You could consider her spoiled like Kirana, but it seems she sees Tommy as more than a pet name and checkbook. It shows by the constant reminder of her ex, William, having more money, possibly a bigger package than Tommy. Also, while playing paintball, Julia shows genuine concern for Tommy.

With that in mind, it shows you that these women exist beyond the ideal girls who are with non-conventionally attractive guys. Yet, they aren’t gold diggers or anything like that. Do they have some negative qualities? Yes, but so do the guys. It’s just, with the women not being seen much beyond who they are in a relationship, we don’t get to see the full details of their individual lives. Rather, we get just enough to know the men aren’t blameless when it comes to why their relationship dynamics.

Andovi, Tommy, and Especially Chandra, Are Guaranteed To Get On Your Nerves

Between Andovi’s singing, Tommy being simple, and Chandra reminding you he is the master of escape rooms, there are a lot of jokes and gags which will tempt you to stop watching the movie. For truly, I don’t think, among them, we laughed once.

Now, let it be known, there are attempts. Be it with homoerotic jokes, making fools of themselves, and anything which doesn’t require violence, they will try to make you laugh. The problem is, be it just our sense of humor or because this might more so appeal to a foreign market, most of the jokes fall flat and do nothing for the film.

Chandra is the only single one in the group, and while you can tell he is whipped in the form of needing his friends to go out and do anything, that isn’t really handled by the end of the film. Also, he remains single without any signs of progress that can change. Leaving you to wonder why wasn’t he omitted from the script because, at the very least, Andovi and Tommy’s relationship compensate for their bad humor. Chandra doesn’t present a redeemable quality.

Wishing More Was Done With Cilla

Depending on how you look at it, Cilla is the only woman who is whipped in the film, and it makes not getting her side unfortunate. Especially since Jovial’s storyline, which lacks the slapstick and dumb comedy his friends has, exists almost as its own movie. It has drama, can be seen as relatable, yet it, unfortunately, is a fraction of the movie and not the main focus.

Thus, Cilla is but Jovial’s long term girlfriend, who he isn’t sure if he still wants to be with.

At first, you have to love Vania. She forces the men to face the issues with their relationship and gives Jovial the special attention he needs since he isn’t whipped but is more so the person who is manipulating his partner. However, then a twist is thrown in which makes you roll your eyes and wonder why in the heck did they have to take a good character and… well, we mention what they did to Vania in the ending spoilers below.

Let’s just say it was completely unnecessary and one of the few blemishes in Jovial’s story.

“Whipped” is the kind of film which had a good premise, but between the comedy and the need of a twist, it ruins any and all of its potential. Which through Jovial, we see glimpses of, making you all the more frustrated. Hence the mixed label since “Whipped” is watchable but can become a challenge as things go on, and you find yourself increasingly annoyed by the performances and writing decisions.

So this all was a two year set up. You see, Jovial cheated on Cilla with Vania, and while she thought it was the start of something new, he treated her as a secret one nightstand. This led to an elaborate escape room experiment which does actually help Tommy and Andovi with their relationships. With Tommy, it helps him think about himself and not make everything about Julia.

As for Andovi? It helps him realize he won’t ever be happy with Kirana so he breaks up with her and finds another girl by the time Cilla and Jovial get married. Yes, despite him admitting he cheated two years ago, and outright saying he wanted to break up, and his active pursuit of Vania, before she revealed she is a bit off, those two got married.

Now, as for Vania, what happened to her? Well, that’s left unresolved. While she did ultimately try to trap Jovial’s friends and blackmail them all, she appears to have gotten away with what she did.

They could do a gender switch version of this. That be cool.

For The Most Part, The Women Don't Seem Bad As Much As Enabled - 82%

Andovi, Tommy, and Especially Chandra, Are Guaranteed To Get On Your Nerves - 65%

Wishing More Was Done With Cilla - 77%

"Whipped" is the kind of film which had a good premise, but between the comedy and the need of a twist, it ruins any and all of its potential.