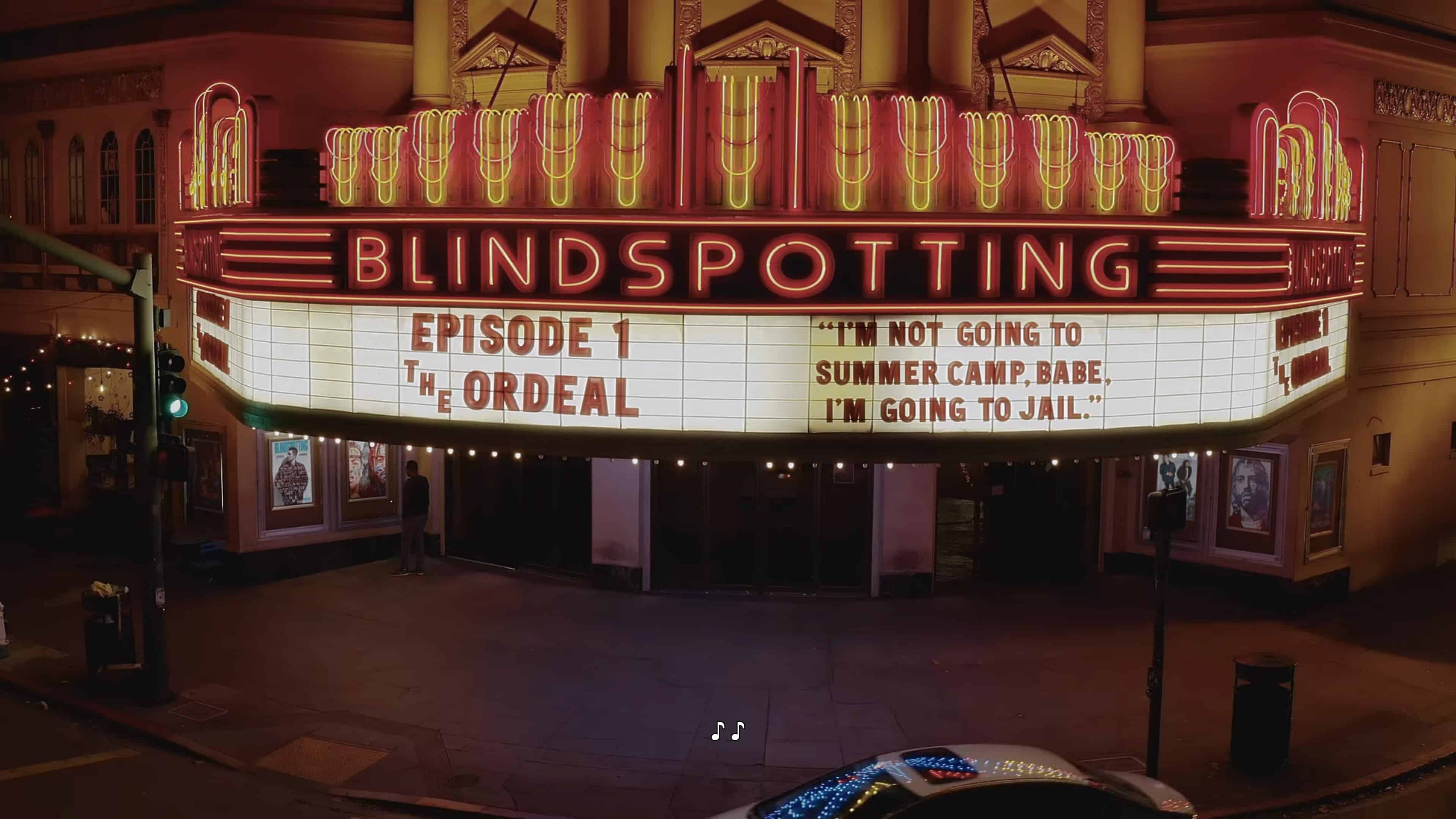 Picking up from the story the movie set up, we switch focus to Ashley as she moves in with Miles’ bohemian mother and sex worker sister – and Ashley ain’t happy.

After around 12 years together, Ashley and Miles face their greatest challenge yet: Him going to jail. This is really bad for Ashley since they were just getting their s*** together. Luckily, however, Miles’ mother, Rainey, and sister Trish have a place where Ashley and Sean, Ashley and Miles’ son, can stay.

The problem is with that is Rainey, while nice, isn’t much for enforcing rules and boundaries and Trish? Oh, she takes full advantage of that. Such as having her friends in barely-there clothes to post onto Instagram in the living room and exposing Sean to his first pair of breasts, which weren’t his mother’s. But, this is Ashley’s life now, and she has to make the best of it until she can do better.

Trish is that girl. The hood s*** she brings to Blindspotting honestly is the selling point. Especially since Trish is ratchet enough to have you roll your eyes, yet it is made clear that being ratchet and stupid are not synonymous. Trish has street smarts and can read people well enough to know who she can punk and even potentially take advantage of. Yet, despite having all the workings of a terrible person, more often than not, she comes off like a frustrated person who is just trying to make a way and finds an obstacle making things harder each time she has an idea.

This is going to make Ashley trying to work around her so fun since Trish sees Ashley as her latest obstacle.

Ashley Trying To Survive The Madness

We feel for Ashley. She is 32, just was starting to get on solid ground, and then her man goes to jail, and after the commotion that happened and her being unable to afford it on her own, she loses her ideal apartment. Thus, she has to live with his family and his crazy-ass sister while trying to keep them from negatively influencing her son.

This is the struggle she is going through, and considering the characters in Rainey’s neighborhood – she’ll need all the luck she can get!

When It Gets Artsy & Starts Having Poetic Raps

What makes Blindspotting different could also be what alienates some folk. Mainly those who think having a poetic dance number, as people move boxes and then have Trish acting up, clashes more than it molds together. And even when Ashley does a little soliloquy to rhyme, it’s not bad it is just awkward and feels weird.

Yet, this is from one of the original cast members of Hamilton who, in the film version, was doing what Ashley did, but more extensively. So maybe we should be happy she doesn’t have as much time to rap her feelings. Even if it is more conscious rap style than mumble or gangster.

The only thing which may not be for everyone is when you get that artsy spin and people start dancing or pulling a Hamilton. Outside of that? Oakland is presented as a prime place for a show to take place, Trish, Ashley, and the majority of the characters make you want more, and really, there is very little to not like. Blindspotting: Season 1 Episode 1 [Premiere] – Recap/ Review (with Spoilers)
Who Is This For?
Those who want a different hood, beyond those of New York, LA, Chicago, and Atlanta shown, but don't just want the personalities and lives that go beyond expectation. They want dance sequences and raps that are focused on flow, content, and not simply a good beat and played out lyrics.
Highlights
Trish
Ashley Trying To Survive The Madness
Low Points/ On The Fence
When It Gets Artsy & Starts Having Poetic Raps
81
Follow Wherever I Look on Twitter and Instagram, Like us on Facebook, and Subscribe to the YouTube Channel.