Blindspotting helps illustrate the trauma many Black people have with cops, the double standard that exists between Black and white men, all while throwing in some Hamilton styled raps.

When we first meet Collin, he just started his year-long probation after spending 2 months in jail. Why did he go to jail? Stupid s***. Formerly, he worked the door for some bar and some obnoxious dude brought a drink from the inside and Collin told him to go back in. He got called “dog” or something which set Collin off so he whooped that ass. Then his friend Miles joined in whooping that ass and because this drink had a fire element to it, and the drink got on the man’s pants, he got lit up.

So, Collin went to jail and Miles? Well, he got someone to visit in jail. And that sort of sets up the dynamic we have to take note of. Miles doing a lot of dumb stuff he seems to get away with, but Collin can’t. In fact, he takes the hit for one of the things Miles does while they are on the job for a moving company. Oh, and I should note, it wasn’t just Collin’s freedom that was lost when he went to jail. He also lost his girlfriend Val who, since they are still cordial, got him and Miles the job they currently have.

But, jumping to Collin’s last three days of probation, it seems Miles is hell-bent on creating a situation that could send Collin back to jail. For if it isn’t buying a gun it is causing a fight. If it isn’t beeping the truck’s horn like he lost his mind it is expecting Collin to take the heat when Miles’ son discovers his gun and seemingly wants to play with it. Add on Collin sees a Black dude shot while going home and the man you can clearly see is on the verge of a nervous breakdown. Making it where you have to wonder, between Miles or losing his mind, will Collin make it for those last three days?

One of the main reasons for spoiling Collin’s sentence is because Val makes a good point: Why is it Collin went to jail and Miles didn’t? The man caught on fire and because of the ass whooping both gave him, he was in the hospital for about a week. Yet, Miles didn’t step foot in a jail unless he was visiting Collin. In fact, Val argues he felt guilty – hence $500 given for commissary money.

Now, this isn’t the only example. For the most part, Collin seems like a quiet dude. The kind you’d expect to low-key love anime and probably mostly stay in the house. Miles, on the other hand, is loud, earns being called a n****r by everyone, vs. the word ending with an a, and over the littlest things gets into fights. Hell, he beats the hell out of someone just for associating him with a hipster as bad as the dude at the bar was beaten. Yet, do we see him go to jail? When he fires off a gun, are cops zooming over to arrest him? Nope!

White In A Urban Environment

Growing up in Oakland as a white guy isn’t a big focus, but it does represent the heart of Miles’ story. For whether you look at him as a product of his environment or just trying to fit in for safety, there is some complexity here. After all, one of the reasons he buys a gun is for protection since, as a white dude, he gets tried a lot. This is despite the way he talks, his style, and him seeming relatively down. Yet, as also seen in the tv show Star, no matter how down you are you’ll be an outsider. So what can you do?

And what I like about Miles’ take on it is that it is presented with layers. The kind which makes him more than a comic relief or troublemaker. He is a dude who may not be screwed up in the head the same way as Collin but is still going through the trauma which comes from growing up and living in the hood.

The Fear of Cops/ PTSD 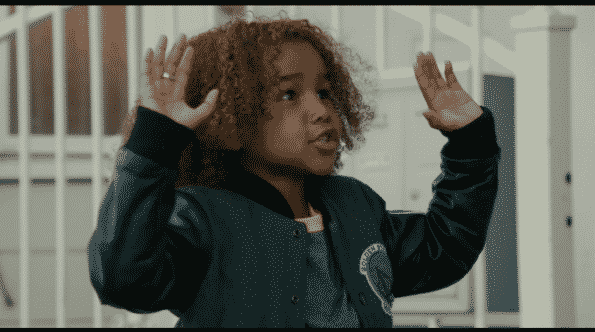 As shown by Sean being taught how to deal with cops, there is the unfortunate need to establish at a young age, there is a possibility of you getting shot. All because you are a Black male. It’s something seen on the news and, for people like Collin, you can see it live. And really, what can you do? The argument of, “If you aren’t doing anything wrong, why fear them?” doesn’t really hold. Whether you are a child, not mentally all there, or even old, you aren’t exempted. You can be taking your kid to school, being an upstanding citizen, and it don’t matter.

So, imagine the trauma of knowing that could happen and the PTSD of it not being a news story but something you experienced or witnessed. Heck, imagine being Sean’s age and your momma feeling it is necessary that if things get weird or someone yells at you, you need to put your hands up and say for them to not shoot? Which may or may not have been a joke, for he giggles not too long after, but it also gives you an idea of how this kind of trauma isn’t just an adult thing. Leading you to wonder, how will or could this affect Sean as he grows up? For his innocence is voided because of his skin tone.

While one could consider the fact women in this film are solely girlfriends, exes, and mommas, with not much in the way of development outside that, it is hard to not highlight their relationships to the leads. Miles and Ashley, for example, whether co-parenting or Miles being a little bit nasty with his girl, they’re cute. However, Val and Collin, who aren’t even together, take the cake. Mostly because you can see, despite her maybe fearing Collin’s dark side, she still loves him. I mean, she braids his hair and that is not only a long process, it is also an intimate one. Something she doesn’t even do for money. All she asks of him is helping her study for her upcoming psychology exam.

Also, considering his probation required him to get a job and she got him one at hers, that means something. Now, as Miles notes, she wasn’t the most supportive when he went to jail but her reasons are clear and something you can agree too. Heck, Collin seems to understand. Yet, with it clear feelings remain between them, you are left hoping reconciliation could one day happen.

While at times toxic, and definitely a threat to Collin’s freedom, it is sometimes hard to say Collin should cut off Miles. For guilt or not, he visited Collin, left him commissary money, and Collin is part of Miles’ family. He is probably the godfather to his kid and Collin plays that role of being able to calm down Miles when he is about to go overboard. A role even Ashley knows about and she seemingly never leaves the house. At least in the form of her hanging out with those two.

And while, yeah, he escalated many a situation, like the one which sent Collin to jail, you got to also factor in Collin started the fight. So Miles was just supporting his boy like he seemingly always has. Also, taking note of the topics above, the sort of clash in personalities, and their unique experiences in Oakland, make them both the best people to have looking out for one another. Admittedly, sometimes also the worse, but, together, they get some form of normalcy, if not redirection, which makes surviving their part of Oakland easier.

If you aren’t into rap, much less Hamilton

styled rap, prepare for that to happen a few times throughout the movie. Mostly, it is done in a casual, “let’s rhyme about stuff like when we were kids,” kind of way. However, during two serious moments, it goes full Hamilton. Which, considering the situation, just seemed so out of place. To the point it lessened the impact of the scene.

This film, I will admit, is like a less weird Sorry To Bother You. It doesn’t have weird sci-fi or fantasy elements, but it does speak to the Black experience, if not the experience of living in an urban area more so. However, its one issue is when the rapping goes from goofing around to being used during serious scenes. Also, when the social commentary is for you to pick up and analyze, it is good. But, when it comes to moments, like Collin questioning why Miles lets him, and everyone really, call him the N word, then it starts to sound a little preachy. It still creates space for you to form your own thoughts and opinions, but it inserts itself more.

Despite those caveats though, this is being labeled positive. It may not be for everyone, but for those who appreciate urban dramadies, you’ll get a kick out of this.