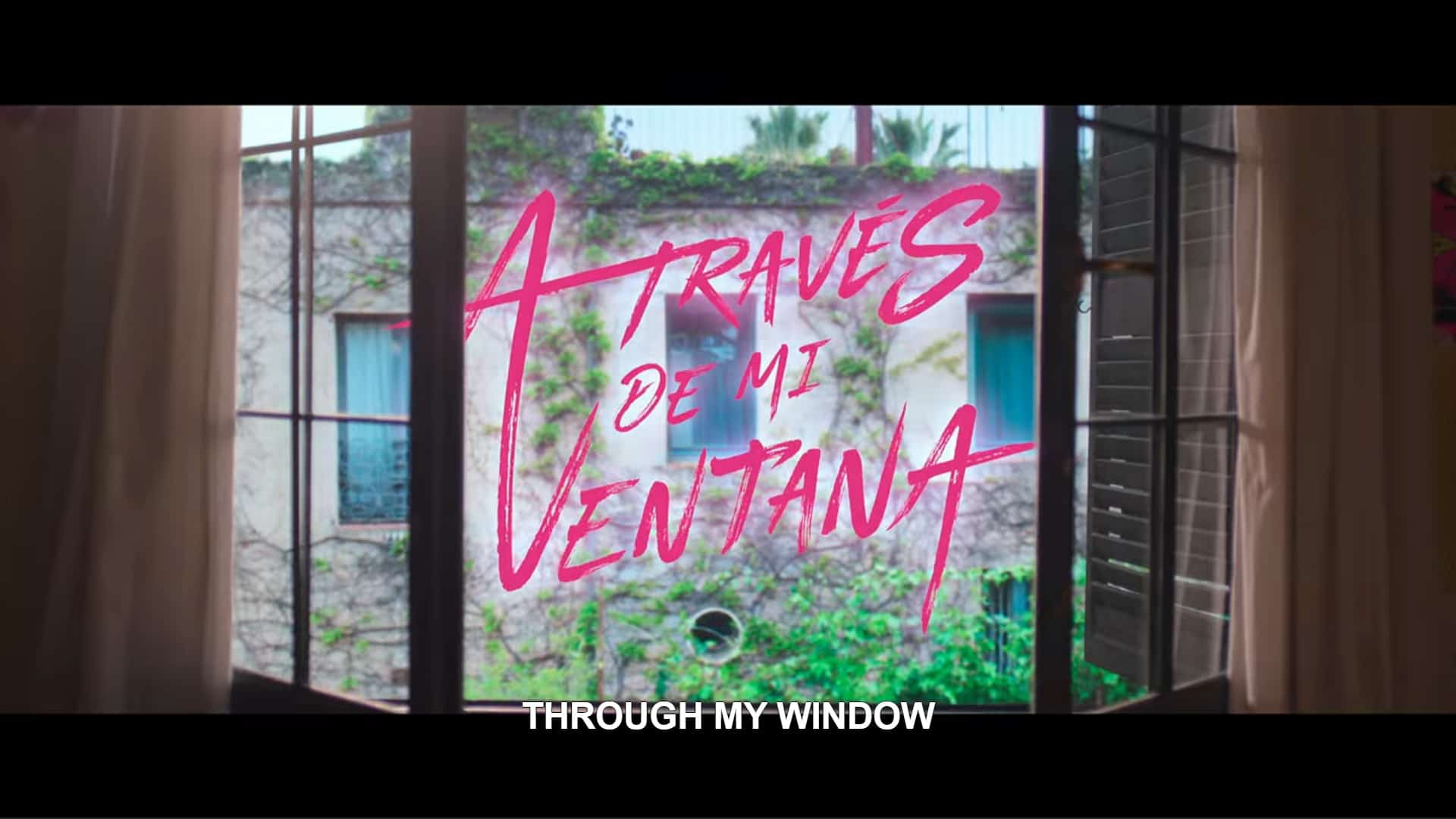 While Through My Window has your usual toxic, brooding, and handsome male lead, there is just enough given to the viewer to get past the trope.

Coming upon the end of her high school years, Raquel finds herself more and more enamored with the middle child of the Hidalgo family, her neighbors. Ares, the one she sees as a Greek God, might be a bit of an ass, like him stealing her wi-fi and calling her a witch, but there is a charm there. One that makes it so, despite her friend Yoshi being infatuated with her, her focus is on Ares.

Which makes him beginning to show some form of reciprocity exciting, though, like any young romance, it is a whirlwind as Raquel is forced to realize how much she has dreamed of is a fantasy, and Ares has to unlearn all the toxic beliefs his family reinforces.

Like her father, Raquel is interested in literature and is working on her first book. However, between an infatuation with her neighbor, alongside one of her close friends having an interest in her, Raquel has enough distractions to take her away from her work.

The middle child of the Hidalgo brothers, Ares is into football, video games, and girls. But something about Raquel makes her different from the rest, and this both repels and attracts Ares.

The eldest of the Hidalgo brothers, he is what their father wants all three of the brothers to be: Stanford educated, obedient, and ready to take over the family company, Alpha 3.

The youngest of the Hidalgo brothers, Apolo is often protected from some of the excess of his older brothers, like drinking, and this does offend him. However, it also makes it so with Raquel treating him like an adult, he grows fond of her.

For who knows how long, Yoshi has had a crush on Raquel, and by no means does he hide it from or is shy about it in general.

Daniela is Raquel’s best friend who has a fling with one of the female professors and becomes Apolo’s crush.

The Sex Scenes, While Not The Most Explicit, Works

There is a notable amount of nudity in Through My Window. Mind you, this isn’t a French movie, so to see Ares’ penis. If anything, it is like what you see in America in terms of some shots of a man’s behind, but mostly you are seeing the woman.

With that said, I should note the sex scenes lack the intimacy to make you feel embarrassed for watching, but if it is sensationalism, you want? It delivers. From sex in locker rooms, on a Ferris wheel, a pool table, and more, if Ares and/or Raquel are your type, the one you dream of in your fantasies, what is given is enough to make you clutch your pearls, fan yourself, or whichever phrase you prefer.

Though again, it is tame, and by no means overtly explicit.

What you’ll appreciate about Raquel’s character is how relatable she can be at times. She isn’t necessarily a rich young woman, since her mother works a catering job and Raquel has to work to hopefully go to college. Also, when it comes to her crush on Ares, yes, she stalks him, but in this social media age where everyone is accessible, you get it.

Mind you, I’m not saying her taking it to the point of going to his team practices and watching isn’t creepy or following him to his grandfather’s grave. That was full-on stalker, beyond anything which could be excused. Yet, Galle’s charm does work its magic and reminds you that, if an actor knows what they’re doing and the casting agent, certain elements of the story can be forgiven while you are watching.

Stalking aside, what really drives the film is Raquel. For as much as her obsession with Ares does make you roll your eyes, there is also her friendship with Yoshi, which raises an eyebrow, and her being a writer. Now, sadly, the film doesn’t lean too heavily into her writing, beyond establishing how much of her relationship with Ares inspires her writing. But, it was nice that the film tried to establish that she had other things in life besides dreams of the next time she could see Ares naked.

The Struggle To Get Past Ares Being Toxic

Raquel being a full-fledged stalker, who only gets a pass due to being attractive, might be your first issue. Following that is Ares and his issues with becoming attached to anyone, or loving them, because of his parents. To me, it feels generic, and with Through My Window being two hours, the back and forth between him being drawn to Raquel then repelled by her, and getting closer to her each time, does get boring.

Also, while Raquel has a certain level of charm, personality, and development to help you get past her toxic traits, Ares doesn’t necessarily have that. His personality is wannabe bad boy, when really he is just a sensitive guy hurt by his older brother’s betrayals and his parents’ cold hearts. Which doesn’t do much for us. On top of that, he doesn’t want to go into the family business, he wants to get into medicine, but if you miss him talking about his grandfather, you’ll be left to wonder why that is?

This is in comparison to Raquel, who you know wants to be a writer since, without cramming it into the film, you are reminded. She studies literature, her father was a writer, Ares teases her about a book she wrote, and we see her writing class. With Ares, his scenes almost always revolve around Raquel and his identity as a Hidalgo. Who he is, as an individual, feels incredibly minor and secondary.

In a different light, you could feel bad for Yoshi. He is a nice guy, clearly a backup or second choice for Raquel, but you also get this nice guy syndrome vibe from him. As if his friendship is dependent on eventually being chosen to be Raquel’s boyfriend eventually. This complicates thinking it’s cute when he pronounces himself as Raquel’s future husband or talks about not being around when Ares inevitably breaks Raquel’s heart again. It just lets you know he is biding his time, trying to catch her in a vulnerable moment, than really trying to be there for her because he values her as an individual rather than a potential girlfriend.

The reason the LGBT label is used is because Daniela is bi-sexual. However, as shown with Ares and Yoshi, Daniela too doesn’t develop as the film makes Raquel the center of the universe. So why is she messing around with her teacher, besides liking them older? That isn’t explained. Is her interest in Apolo purely about him being rich, and her trading in an older person whose stable for a younger one with money? That is hard to say.

Thus we’re just left with a character who you know has no issue, like Ares and Raquel, having sex in public, no matter who can see.

Through My Window works if you don’t use a critical lens on the film regarding toxicity in relationships. But, even if you can move on from Raquel having to suffer as Ares unlearns the lessons his parents embedded in him, so comes the issue of her being the only character who feels whole while the rest are given a handful of anecdotes to tell, but don’t feel like they fully exist outside of Raquel’s orbit.

Hence the mixed label. Admittedly, this is the kind of film that greatly benefits from having conventionally attractive people who can get away with the stuff they say and do. But, taking that into account and the lack of individuality and development, it is difficult to say this should be at the top of what you should be watching.