The United States vs. Billie Holiday – Summary, Review (with Spoilers)

The United States vs. Billie Holiday all boils down to Andra Day as Billie Holiday, and playing on the hatred of the FBI you surely have by now watching these stories.

Covering a little more than a decade, we watch as Billie Holiday, a troubled but brilliant performer, deals with the constant harassment of not just the men in her life but those who weren’t invited – like the FBI. Who are more than willing to take advantage of her vulnerability to put an end to her advocacy of Black lives. But, being that Ms. Holiday cares more about her pride than bowing to any white man, she’d rather go to jail or risk a beat down by a cop than ever compromising her people to get ahead. 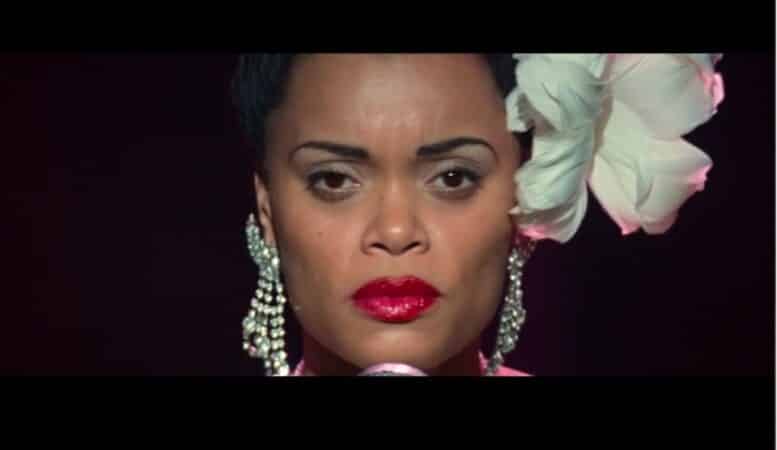 Between Day and Parks, what we get from Billie Holiday is what few biopics find a way to achieve. We get the legend, the performer, but also the flawed person who found a way to make money but couldn’t hold onto some sense of happiness. Rather, they stumbled into it, tried their best to hold onto it, but it would slip through their fingers like sand.

Take every romance we see Ms. Holiday have from ex-husbands, boyfriends, Jimmy, and her last husband, who has control of her estate. That trauma from her childhood locked in and made it so, she herself doesn’t know love without dysfunction – even with us focusing on Ms. Holiday well into her 30s and then early 40s. 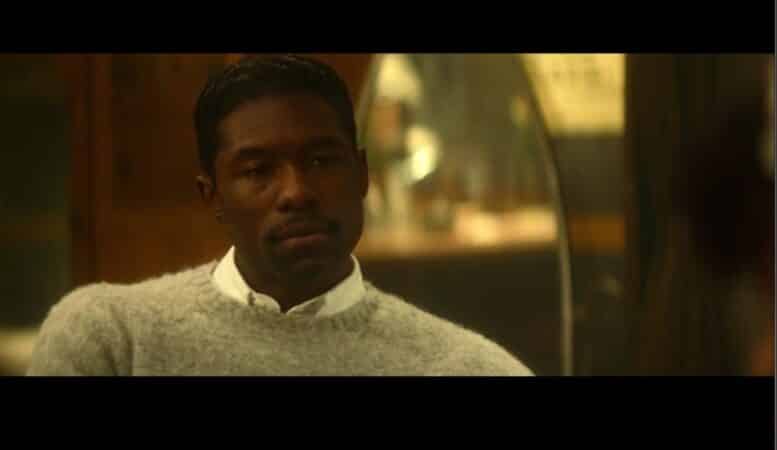 And as you watch Day play this role, with humor, trauma, kicking and screaming, cursing, of course too, you are reminded that Lee Daniels and his sister have an eye for talent. Raw, not quite refined yet, but something there that, under the right guidance, can really be something with the right co-stars. And as you watch Day handle the distinct personas of Ms. Holiday, from the classy performer, the addict, the woman who wants to be loved, and hold them all into one soul and performance, it helps you understand why she got the Golden Globe. It’s encouragement to continue and refine her craft.

It Really Makes You Want Prison Sentences For People Who Killed, One Way Or Another, Black Historic Figures

From Judas and the Black Messiah, this film, and so many other biopics and documentaries recently released, you want to talk about accountability and reparations? They need to strip any commendations and admonish anyone of the FBI and US government involved with taking down historic Black figures.

For truly, part of what pushes you to invest in Day’s performance as Billie Holiday further isn’t really her romances or her friends; it’s the fact she was this woman from a town in Maryland, with a harrowing upbringing, who decided to push back against stronger forces. Mind you, while being a Black woman with very little support. After all, this happened during the 40s and 50s, so the Civil Rights movement was just starting to ramp up, and as shown by Claudette Colvin, members of the movement held onto respectability politics too much to protect Ms. Holiday while she was alive.

At least, going by the film, while it is recognized and made known Ms. Holiday loved her people, and they loved them, as for people fighting for Civil Rights? Well, probably they were aware and saddened but weren’t necessarily trying to get involved in her personal fight when she was living.

If You Want More About The Process Of Her Making The Music, This Isn’t For You

Unfortunately, The United States vs. Billie Holiday is mostly a tragic drama. Yes, you get some levity in comical or romantic moments, but pretty much it is about the oppression that the government exerted and Billie’s addictions. As for her fashion choices, how she performs, chose her band, picked the songs, and things like that? Heck, just seeing her get started in the music industry as a kid? That’s omitted. Leaving you with just enough relief to keep you from crying but never enough to not feel relieved from onset frustration. 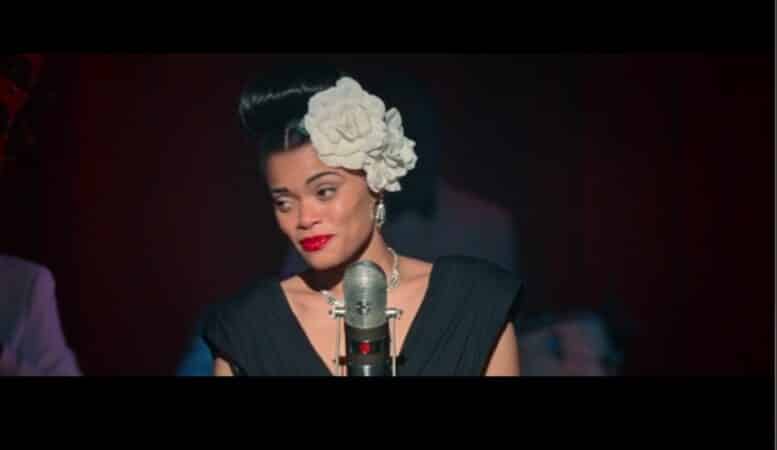 While, like most modern depictions of historic Black figures, there seems to be a focus on their biggest tragedies and bravado, more than understanding their rise before recognition, The United States vs. Billie Holiday gets its point across. Billie Holliday was a tragic figure, thanks to an unstable and damaging upbringing, yet made something of herself. Mind you, drugs and alcohol became crutches for her to deal with life, but even as an addict she never stopped loving her people and wanting their love in return.

Thus the positive label. For despite only Ms. Day really getting to leave a lasting impact on you and this vibe there could have been parts of the story more fleshed out, this film is worth seeing. Granted, it does leave room, decades down the line, for a better biopic, but while that production may do better in story, it’s hard to say Andra Day’s performance hasn’t set a precedent.

It Really Makes You Want Prison Sentences For People Who Killed, One Way Or Another, Black Historic Figures - 84%

If You Want More About The Process Of Her Making The Music, This Isn't For You - 74%

[...] despite only Ms. Day really getting to leave a lasting impact on you and this vibe there could have been parts of the story more fleshed out, this film is worth seeing.