At times, Voyagers is the teen romantic drama you didn’t know you needed. Yet, with not always being scientifically sound and not using some characters to their fullest – it does falter.

In the year 2063, so began the cultivating of what human life would be sent to a distant planet, 86 years away since Earth was being given up on. To speed up preparation, Richard, the closest thing to a father figure any of the kids made have known, joins the mission rather than watches the kids fly off into the distance. But, while he is able to keep things under control while they are children, as they enter their late teens, problems arise. 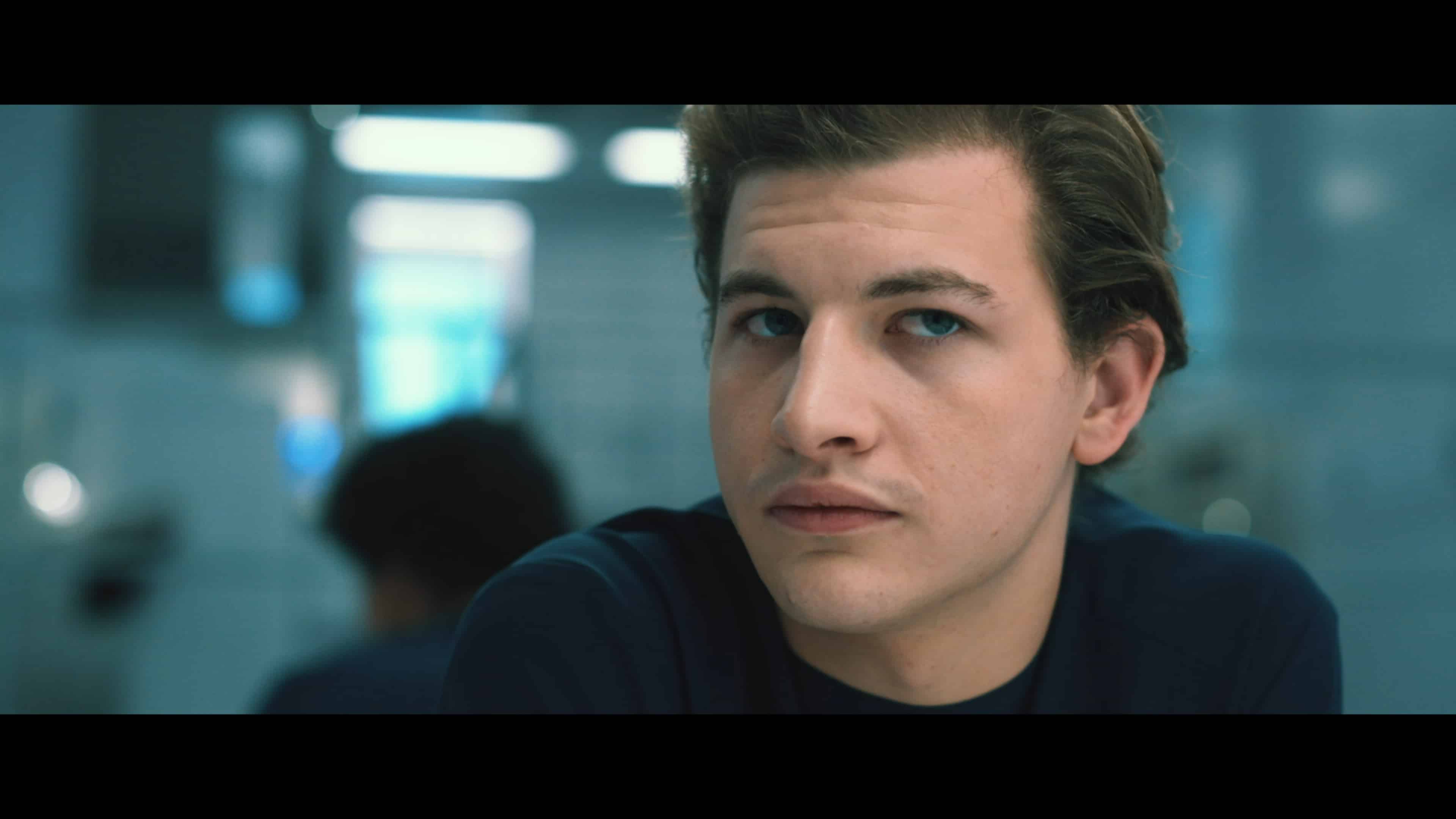 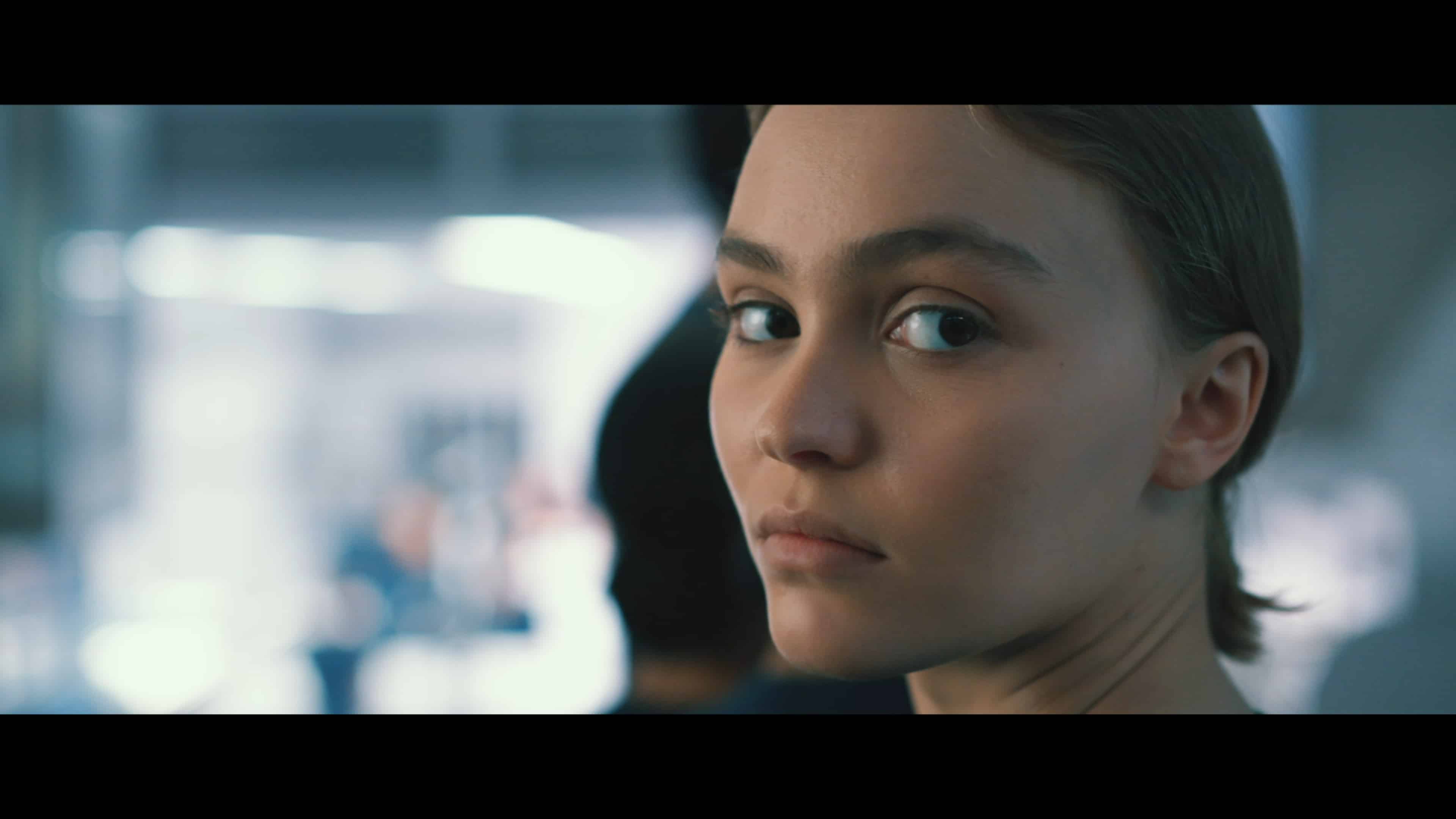 How so? Well, after stumbling onto the knowledge of a toxin in their system, and discovering it comes from a drug made to keep everyone suppressed, so begins acts of rebellion and the rise of teen angst. Which, at first, are manageable for Richard. However, as sexual desire awakens, and Zac finds his best friend Christopher looking at the same girl, Sela, and there being the need to question Richard’s relationship with her, so comes what feels like the beginning of the end.

Richard As A Paternal Figure

In a sea of young faces, Colin Farrell’s is a welcomed one in regards to understanding where some get their moral compass, and emotional intelligence, beyond the computer, which acts as an instructor. And while you could say with some, Zac, Richard has very little influence, you can see his affect when it comes to those he grew close to. For example, Sela, who becomes like a daughter to him, you can see him protect her and bond with her in a way which makes you understand some of the boys’ discomfort. Especially since, while not addressed in the film, it does seem Richard has favorites and definitely was molded certain people to take over when he passed.

While Zac and Christopher are the ones who start the teenage rebellion on the ship, it is Zac who takes it too far and escalates things. Mind you, at first, it just seems to be a boys being boys thing with wanting to run, wrestle, and little things like that. But then comes Zac grabbing Sela’s breast and developing potential rapist vibes, which leads to you wondering – who are his parents?

Granted, everyone gets urges, but you’d think by 2063 that no means no, autonomy and all that would be instilled. Much less, considering everyone grew up together, with Richard the only outsider, is it wrong to believe they’d see each other more in a sibling context? 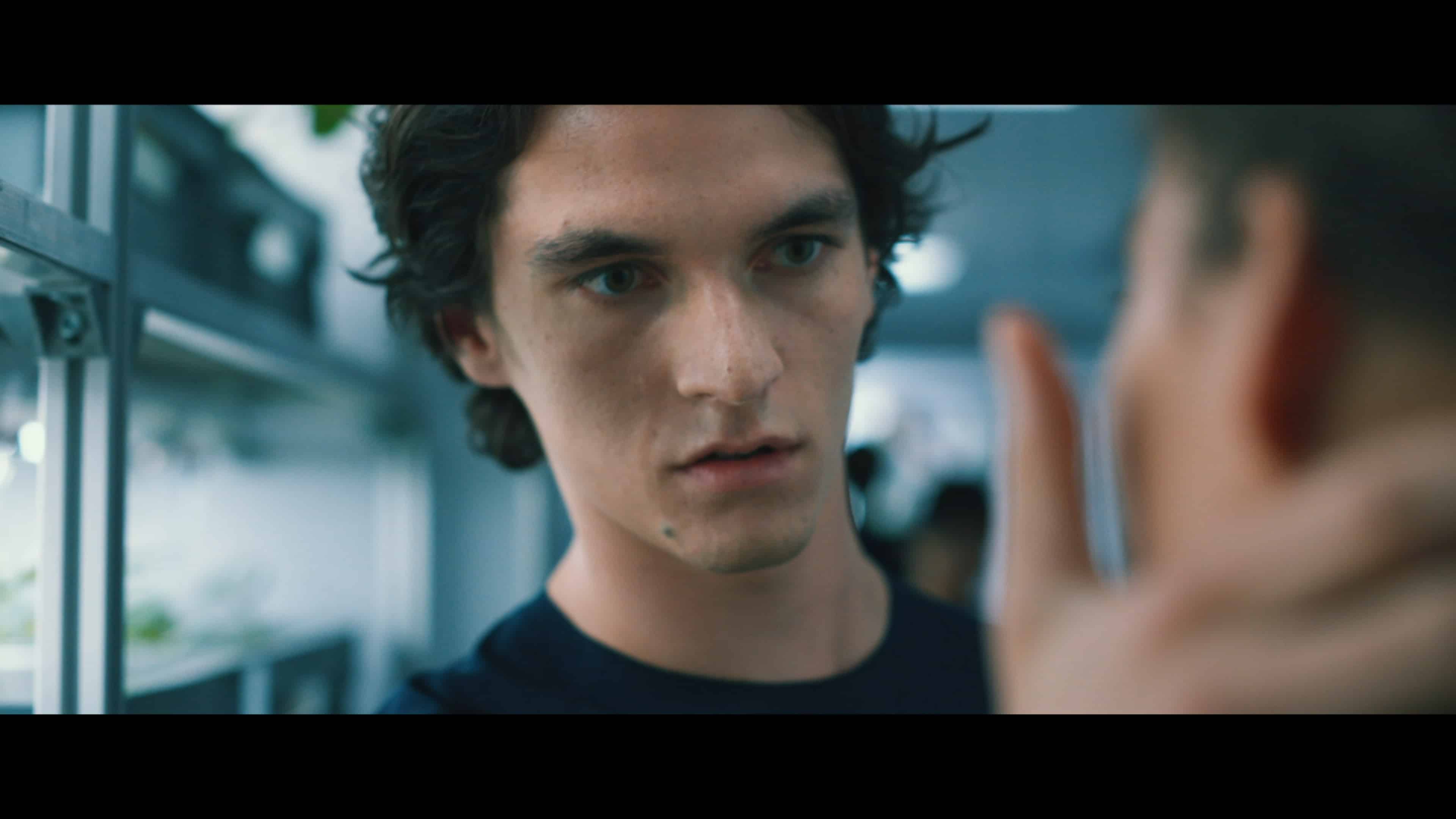 But, perhaps that is the point? The system made for these kids was imperfect from the start. They were raised without parents, and while they had each other, they weren’t allowed to touch one another. Yes, when Richard arrived, when they were kids, they ran and got hugs, but it seems the bond he shared with all of them as kids wasn’t the same when they became teens or young adults. Hence why some, like Zac, have potentially become starved of not just touch but affection.

So as much as you can see him jealous about Richard touching Sela when he can’t, it could also be him bonding with her in a way that is exclusive to her, and in his jealousy, anger, and Kai egging him on, that’s why things get so bad. Which isn’t to say we feel Zac was justified at all, but who doesn’t love a villain whose madness you understand the formula of?

Moments That, Even Without A PhD, You Know Don’t Make Sense

One moment in the film makes me think Neil Burger is greatly underestimating how many of us saw Arnold, on the original Magic School Bus, freeze when he took his helmet off. Because there is a fight, when an air hatch to space is open, that somehow doesn’t lead to at least one character dying. We don’t see the character who has nothing but a t-shirt and some pajama pants on freeze to death, nor another who, if I saw correctly, had their space suit punctured.

And I’m not saying this will ruin the movie for you, even though things do pretty much go downhill, excitement-wise, from there, but it will be what makes you start putting Voyagers under a magnifying glass and really get you to start asking questions.

Voyagers hones in on Zac, Christopher, Sela, and Richard, and everyone else, honestly, if we didn’t have the preview we did, we’d have to hunt for faces to match them to names. Why? Because, whether you want to say most of the characters were underdeveloped or their actors underutilized, either way, they seemed to have one sole purpose. 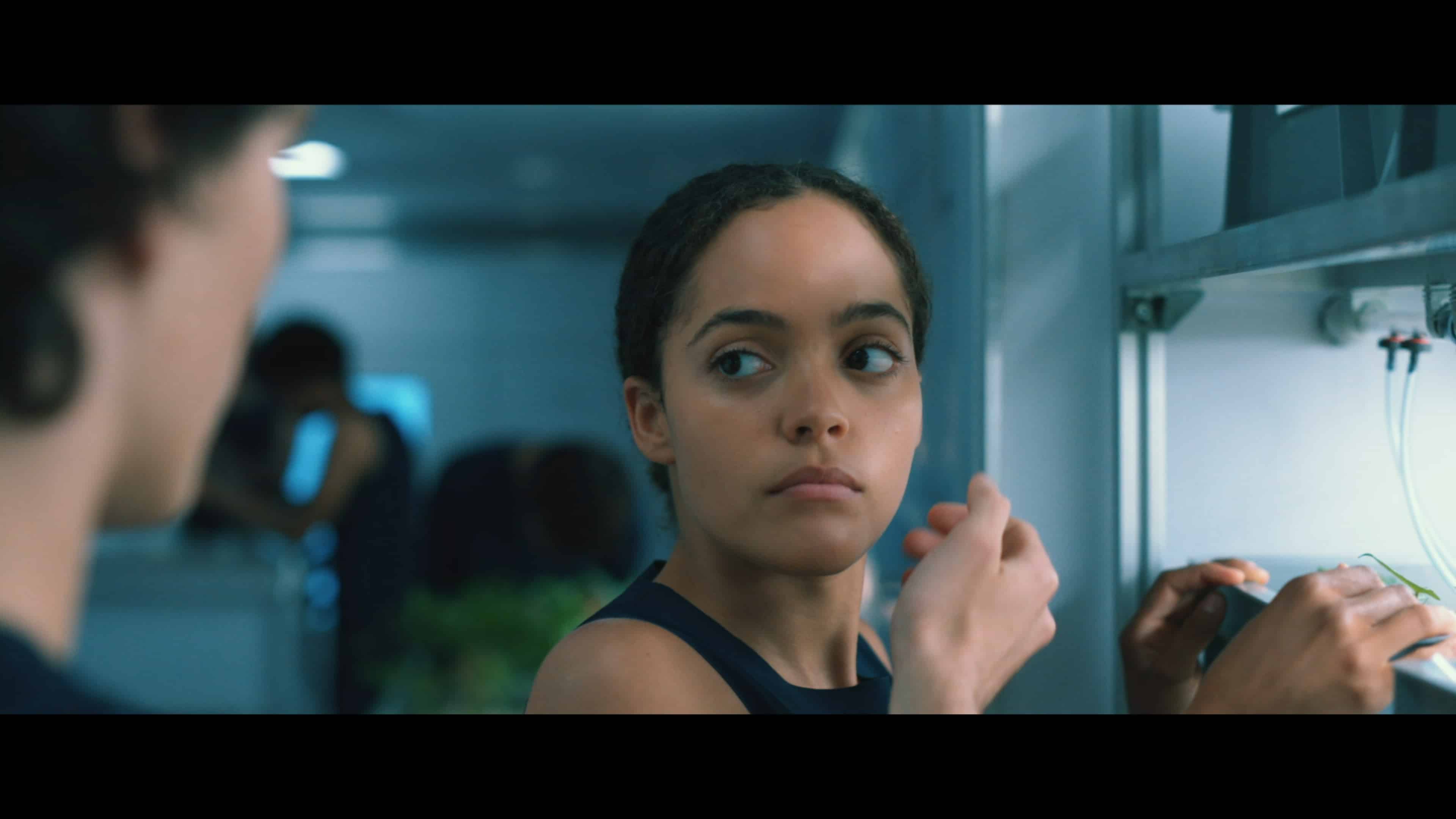 Phoebe was the voice of reason no one wanted to listen to. Kai was there to co-sign Zac’s anger and madness, no matter what happened. And despite Isaac Hempstead Wright’s fame from Game of Thrones or Quintessa Swindell’s fame from Trinkets and appearing in Euphoria, don’t expect much from them. Wright’s character, Edward, just ends up playing into Zac’s scheme and Swindell’s Julie? Well, she just ends up in a version of Sela’s story that doesn’t just have two boys fighting because of her, but her returning one’s feelings with sex and that really causing issues.

But, I digress. My point is, more could have been done, and you can see why the actors might have been drawn to these parts. However, what was written on the page, heck in the preview based on press releases, doesn’t really come to life, in a meaningful way, on screen.

Voyagers is the kind of film you should watch to enjoy and not put too much thought into. Otherwise, from the scientific angle, you are left with a lot of questions. In regards to there being no plans set up for a rebellion, you’ll question things. Never mind no safeguard against crimes done on the ship, under the expectation some blue drink would solve every single problem. Voyagers pushes the idea that the people who came up with the idea were desperate to get humanity’s foothold somewhere that they didn’t make too many contingency plans.

Add in a lot of familiar-faced cast members whose characters are underdeveloped and their star power underutilized, and that’s why Voyagers is labeled mixed.

Richard As A Paternal Figure - 83%

Moments That, Even Without A PhD, You Know Don't Make Sense - 73%

Voyagers is the kind of film you should watch to enjoy and not put too much thought into.