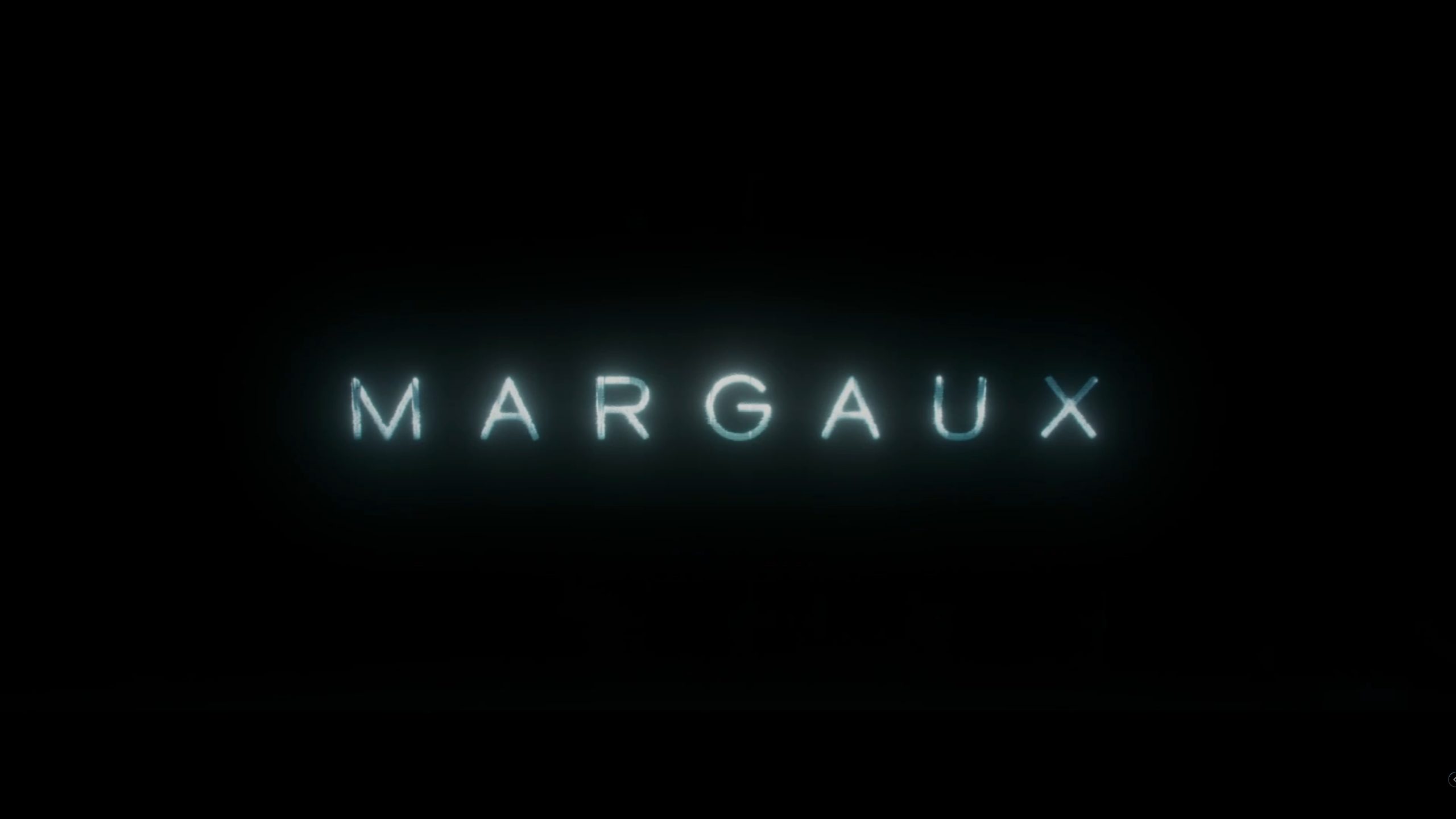 While “Margaux” has visual effects not up to the grade you might be used to, the cast and story will keep you around until the end.

During freshman year, those who received a scholarship, Kayla, Hannah, Clay, Drew, and Dev, bonded and became the nerd herd. 4 years later, they may not be as tight as they once were, but they are still good friends, and Drew, at the precipice of them graduating, rent a smart house for them to go to during spring break. His current girlfriend Lexi joins them, and at first, it seemed like everyone would have a good time. That is until they realize the smart house not only wants to mine their data but potentially kill them all.

Why Is “Margaux” Rated R

Kayla is Devon’s girlfriend who, like him, has recently gotten into bondage. But, she is the one handcuffing him and in control rather than the other way around.

Hannah is a coder who hopes to bypass graduate school and go straight to working for Google. And because of how well-versed she is in coding, she is the only one not to agree to downloading Margaux’s app or allowing Margaux to know too much about her.

Clay is the stoner of the group who, based on Margaux’s perception of him, is a rather simple man.

Drew is the self-designated leader of the group whose kindness and care have allowed him to properly earn the title since he truly brings everyone together and makes them feel valued.

Devon is Kayla’s boyfriend and is a noted momma’s boy, but not in a sad or weird way.

Lexi is Drew’s current girlfriend, who is a big-time social media influencer.

Margaux is the name of the smart house that can 3D print materials and cook whatever you can imagine and is a marvel of artificial intelligence and engineering.

You Get Invested In Most Characters

While most characters don’t get much of a backstory beyond talking about how they felt about one another during freshman year, you still get invested in them. Their archetypes are strong enough for you to dig Clay being the stoner who wouldn’t mind seeing two girls kiss. Kayla may not evolve much beyond being Devon’s girlfriend, and Devon may not evolve much beyond being Kayla’s boyfriend, but they’re sweet and have the kind of chemistry which makes you want to see them live.

Drew and Hannah, because of their unspoken crushes, have this thing you want to explore, and as individuals, Drew has enough charm to get you hooked, and Hannah? While there is the vibe that she was cast to show a different look to computer nerds, Pettis doesn’t lean in so deep into being a coder that you get the vibe she is trying to hard. It comes off very authentic, and how the writers behind “Margaux” craft the character has her sidestep any go-to stereotypes.

As for Lexi? Admittedly, she is annoying. But there is this part of you that wants to see what Drew sees in her to understand the appeal beyond her being hot.

Are there inventive kills? No. However, from exploding heads, limbs being ripped apart, and more, what Margaux puts these kids through can be seen as entertaining. It isn’t the level of “SaW” or other films which has some form of technology involved with the kills, but like methadone, this will get you your fix.

Magaux tries to talk hip and cool throughout a good part of the movie, and it is top-level cringey. It’ll make you wish one of the characters would have asked her to stop because it doesn’t add anything to the film and makes you wonder how much Margaux has really learned about humans, especially of the age group she is hosting.

It has to be noted that “Margaux” is not a AAA, big-budget movie, so when it comes to CGI and VFX, you can’t put it side to side with Marvel, DC, or something released by Steven Spielberg and consider it fair. With that said, the visual effects seem a few steps above a 90s Disney Channel original movie, like “Smart House.” This isn’t to say it is so bad you’ll want to stop watching, but if you’re accustomed to a certain quality when it comes to CGI/VFX like most are, there is no ignoring that what is given isn’t what most would expect in 2022.

It isn’t noted who built the smart home, known as Margaux, but what Margaux does make clear is that she likes to study what makes humans tick, and seemingly that has led to the development of becoming a serial killer. In the movie, her first victims are Kayla and Devon, and she struggles to kill Clay because he is just a lucky bastard. However, getting him to drink acid and the luck of him dropping his smoking apparatus down a food disposer in the sink gets him killed.

Next was supposed to be Lexi and Drew, but they were a challenge since Hannah was catching on and forced Margaux to get creative. Thus Margaux recreates Kayla and Devon to do her bidding, and Lexi dies purely due to slipping on an extension Kayla snapped off with a whip.

As for Hannah and Drew? For some strange reason, Margaux allows Hannah to enter her mainframe and infect her with malware. But, as soon as she returns to the surface, as Lexi, Margaux goes after Hannah and Drew and forces Hannah to confess her feelings for Drew, then proceeds to kill them both. But, then Margaux realizes Hannah has hacked their ability to recreate everyone and has put them against Margaux. Thus allowing for enough of a distraction for Hannah to think she is escaping with Drew.

However, it seems, unbeknownst to Hannah, Drew has been dead for a while, and some part of Margaux has been helping and hanging out with her this whole time. Maybe as a means to get to know her before it truly fell for her.

There is potential for both. The film ends with Margaux, thanks to Bluetooth, infecting Hannah’s phone and car, despite Hannah keeping both away from the house, so Margaux couldn’t data mine her for information. Also, there is prequel potential since we don’t learn anything about Margaux’s builder or the first occupant. So there is an entire backstory that could be built.