As with most of OWN’s “OWN For The Holidays,” First Christmas pushes new narratives beyond the Christmas formula, which might be the best one yet.

For 30 something years, the only family Halle has really known is her social worker Eugene. Outside of that? Well, she was given up for adoption due to her father, Howard, feeling too young to raise a child. Yet, despite never finding a forever family, Halle has done well. She is a prominent author of children’s books focused on a young girl named Christina, a character based on her life, and is working on the next book in the series.

But, she’s recently had writer’s block but finds the sudden reaching out of her relatives inspirational. Especially since everyone from grandmother Fiona, twin younger siblings, Glenn and Tiffany, and little brother Drew have distinct personalities. Add in Drew’s mother Joan, who is both mourning her husband and trying to deal with Halle integrating into the family easier than her, and there is a whole lot of things to resolve so there can be reconciliation and a true sense of family. 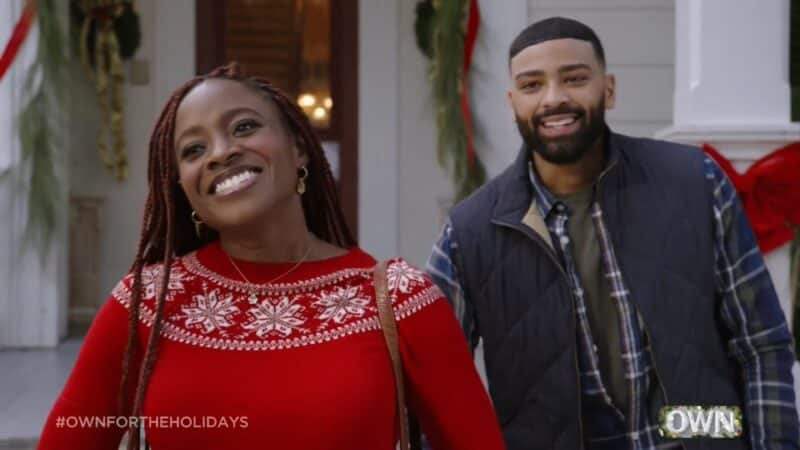 Halle is the author of the “Christina Kick Butt” series, under the name HD Madison, which is based on her own experiences growing up in the foster system, which she doesn’t imply was horrible but did have a series of lessons. Luckily, while she didn’t find her forever family, she did have Eugene, who played an active role in her life. But, while Eugene is like family, the opportunity to meet her blood relatives couldn’t have come at a better time.

Mainly due to Halle being way past her deadline to release something to her publisher. So, with a book based on her being in foster care, what would be better for her, and the character who shares her story, to meet the family who gave her away and get some answers?

Halle’s social worker, who worked in the South Side Chicago area, that dedicated his life to his career. But, while Halle may seem like his only family, he does have a brother. It’s just, those two are estranged. 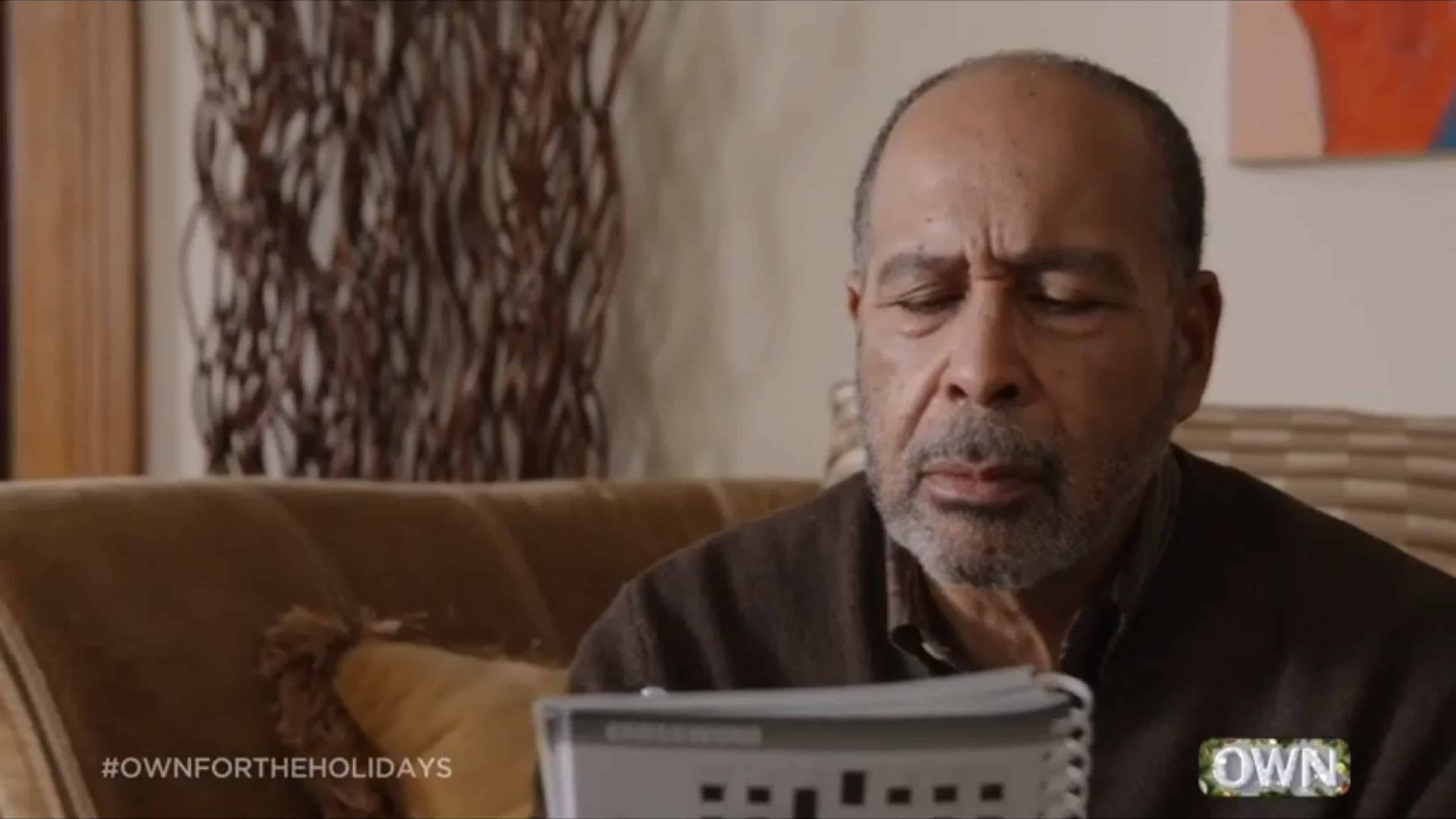 The father of all the children in the film, Howard was a businessman who appeared to have a gold heart. However, when Halle was born, it was an inopportune time, so she was given up. But, being the man he is, he always kept tabs on her. Though with Halle being given up in a closed adoption, unfortunately, there were limitations on what he could or was supposed to, do.

Fiona, lovingly called Memaw, is Howard’s mother and the matriarch of the Moore family who comes from real estate money, which has allowed her family to flourish. But, while one of the loveliest women anyone knows, her main flaw is not getting in the way or interfering as most mothers, grandmothers as well, usually do.

Glenn is Tiffany’s twin, Halle’s younger brother, and Drew’s older, who is an entrepreneur out in Los Angeles.

Glenn’s twin who is a publicist in Los Angeles and also a queer woman. One known for her attitude that only Glenn seems to be able to ease.

A big fan of the Saints and an avid chess player, Drew is that perfect kid whose only flaw is how excitable he gets over little things when you aren’t ready to experience such energy.

Drew’s mother, Howard’s widow, who has had a tough time integrating into the Moore family. Especially after her relationship with Tiffany and Glenn changed from being their mother to their stepmom. Which, for clarification, she played a role in. 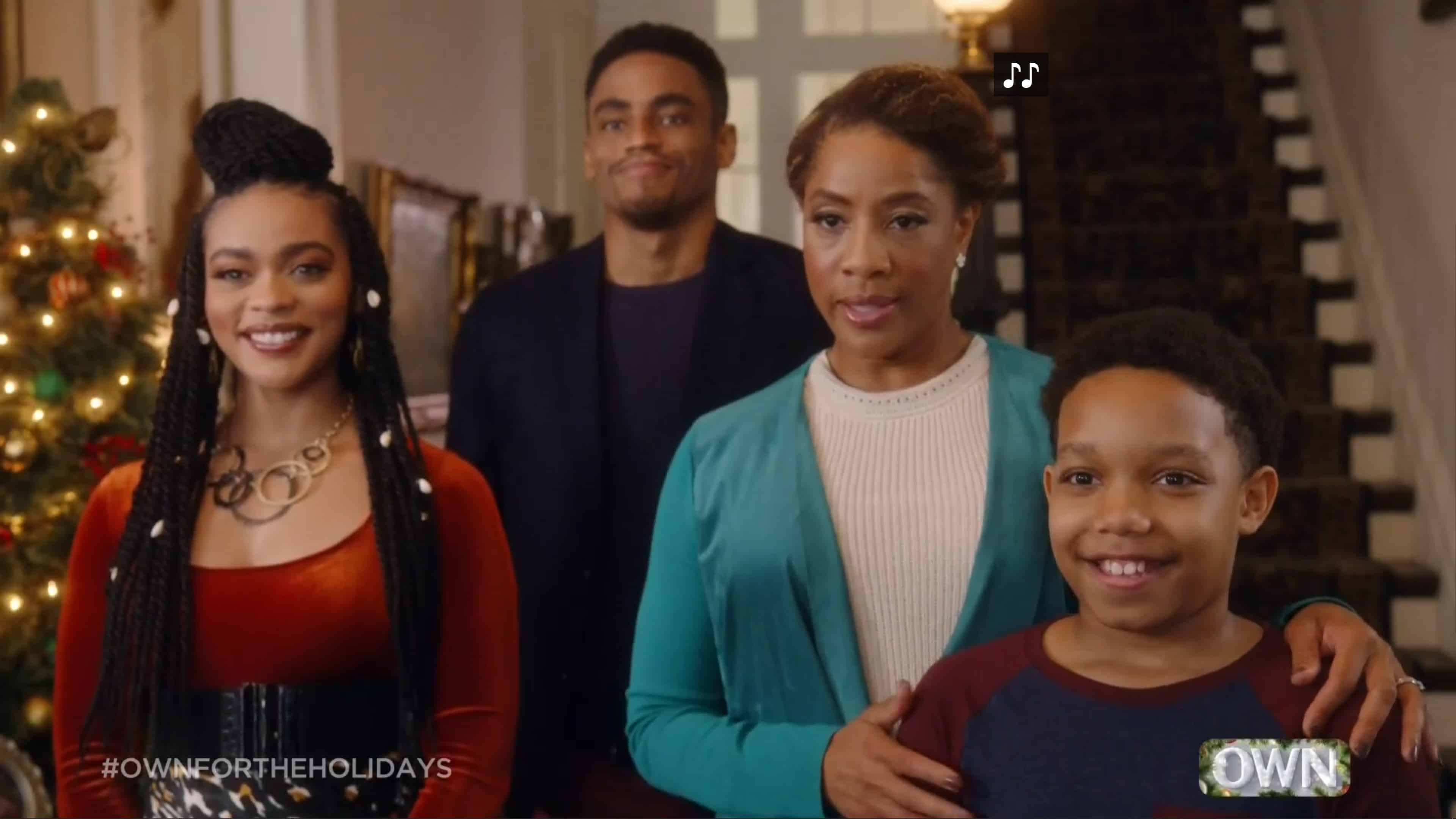 But, previous to becoming their stepmother, she worked at Howard’s company as a VP of marketing.

Devin is a young man that Howard invested in due to his culinary skills and who hopes to open a restaurant one day.

Being over-dramatic is something you see in many holiday movies, especially the ones released directly to television networks. However, First Christmas brings you some real deal issues that never seem outrageous regarding the issues or how people deal with them.

For example, Joan has such a huge issue with how easy Halle is welcomed into the family and you can see why. She and Tiffany fight, so she feels the need to be defensive with Glenn, and while Drew is loved by his siblings, she feels left out. So when Halle shows up, there is this desire to trauma bond as Tiffany pranks Halle and makes her work for her trust, but with that coming far too easily, you can see it is less of a family thing and more so just how people feel about Joan.

And when you expand beyond Joan, there is Halle trying to learn how to be in a rather dynamic family, Memaw forever kicking herself for not doing or saying more, and then the twins? Be it Glenn just wanting peace and joy and Tiffany’s trust issues, everyone’s feelings are made to be valid and play out as you would expect, given the circumstances.

While Devin and Halle’s relationship isn’t butterfly inducing, at the very least, you can enjoy it not having entanglements. He’s single, she’s single, he helps her during a difficult time, and she gives good conversation and does well around his family. So while not a match made in heaven, at least they aren’t a couple whose situation makes you think they don’t fear going to hell.

You May Feel Like You Missed Out On Seeing Certain People, Information, and Events

Certain information may feel glazed over, like what happened to Halle and the twins’ mother, also, what did Howard die of exactly? Alongside that, you may wonder what happened to Howard’s dad, where is Joan’s family, and the list goes on. 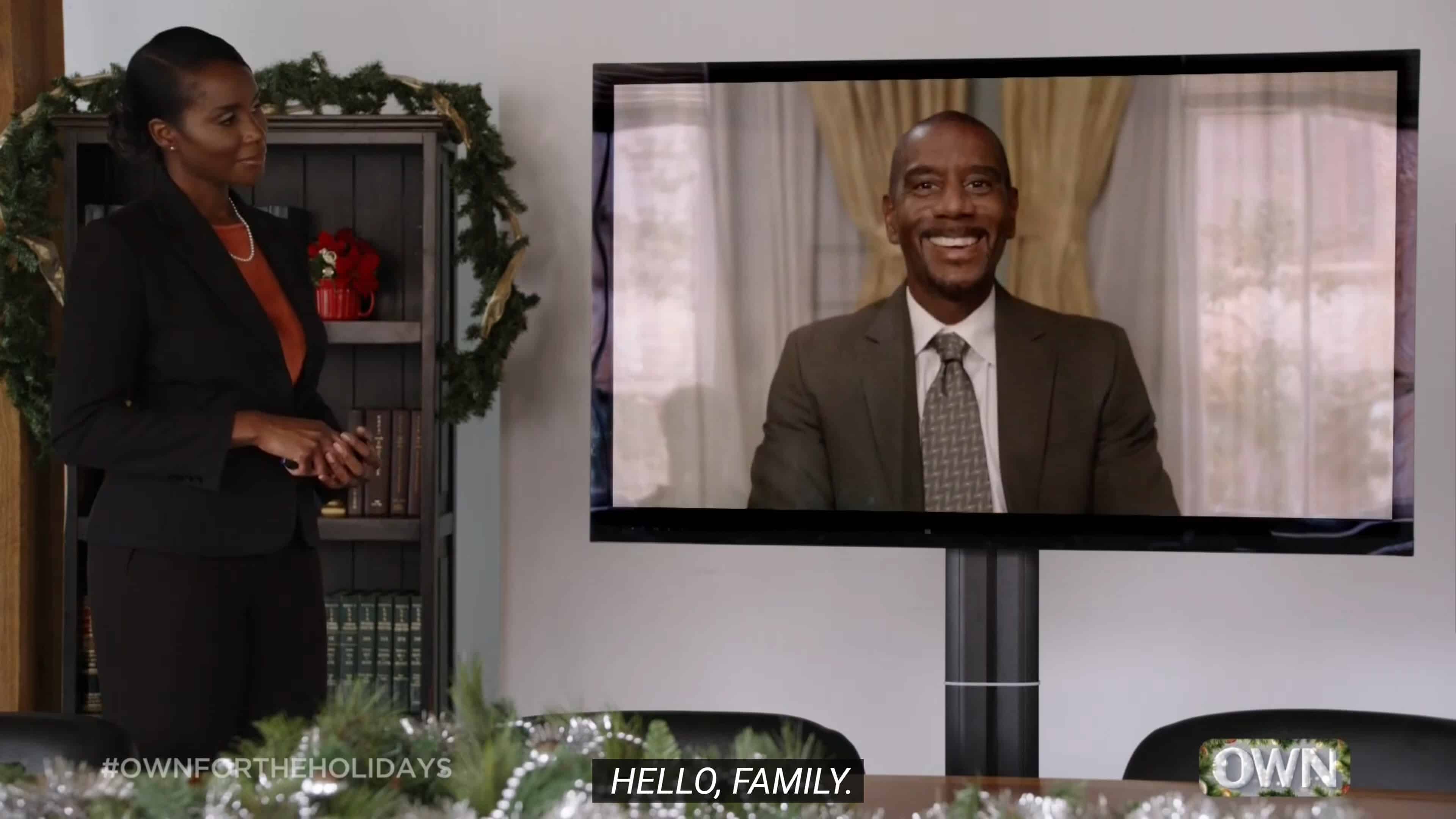 On top of that, there is mention of this big-time annual party in the film, yet we don’t get to see it at all. This leads you to feel that you are missing out on what makes the Moore family who they are and seeing the life Halle would have had beyond living in a nice house. This isn’t to say you feel cheated, but that First Christmas could definitely flesh out multiple parts of the story.

The heart and soul of First Christmas, and what makes it so good, is that it crafts the perfect amount of drama for each character and makes the problem something you can imagine being fixed over the course of days. Well, maybe not fixed, but at least making progress towards healing between the two parties. And while there are a slew of questions left unanswered, it does leave room for a sequel.

Hence the positive label. First Christmas takes a unique approach by having Halle being given up for adoption, yet knowing how to balance the abandonment issues she has with the love, and trouble her family welcomes her to experience. First Christmas has a rather uneventful ending. Tiffany and Joan talk about how Tiffany’s off-hand comment, after Drew was born, about Tiffany and Glenn being her step kids ruined their relationship. Memaw verbalizes that she should have stepped up and stepped in more, since Halle was born, and Joan? Well, Joan apologizes to Halle after reading a few draft pages of Halle’s next Christina book which were written in anger. Specifically, after Tiffany made it so hard to get settled into family dynamics.

But, in the end, everyone is cool. Halle has firmly, and in a welcomed manner, established herself as the big sister, Joan is feeling less isolated, and everyone is happy.

Does First Christmas Have Sequel Potential?

Considering the family issue is handled, now all that is needed is Halle and Devin making some moves. So between their relationship and Tiffany’s, also Glenn’s non-existent one, there is sequel potential. Heck, Memaw could find some fun and love with Eugene.

You May Feel Like You Missed Out On Seeing Certain People, Information, and Events - 76%

First Christmas takes a unique approach by having Halle being given up for adoption, yet knowing how to balance the abandonment issues she has with the love, and trouble her family welcomes her to experience.