Wherever I Look
Recaps, Reviews, and So Much More
Home Movies Promising Young Woman – Review/ Summary (with Spoilers)
Movies

Promising Young Woman challenges the revenge narrative you are used to and pushes you to expect more from future stories in the sub-genre.

Nearly 7 years ago, Cassie’s life dramatically changed when her friend since grade school was raped. The guilt has long weighed on her, for she wasn’t there to do anything beyond attempt to help her once self-assured friend try to recover. But, with failing to do so, she has made it her life’s mission to atone for what she wasn’t able to do at the expense of her own life. However, with turning 30, she finds herself at a crossroads as there is a push and opportunity to let go of what happened to her friend.

A med school dropout, who just turned 30, Cassandra spends most of her days working at a coffee shop, and at night, she scares men away from becoming a rapist. Mind you, the men usually think they are nice guys, but with them taking things too far with her, usually with her using the guise of being drunk, she pushes the need for consent. All to force these guys to see themselves as they are and understand what they think is okay is utterly wrong and doesn’t exist in some fictional grey area.

A classmate of Cassandra’s who had a huge crush on her back then, and is a pediatrician now. He works on winning her over, despite her feelings about dating, and doing anything which would imply she is trying to move on from what happened to Nina.

One of Cassandra’s friends in college who, like Nina and Cassandra, used to party, drink a bit too much, and victim blames Nina for what happened.

Joe is a friend of Al and played a notable role in Nina’s rape and suicide.

When it comes to revenge stories, you’re likely used to it being an action thriller starring Liam Neeson or another man getting revenge because of something that happened to his family or a close friend. In these films, there are guns, car chases, and very little in terms of psychology, beyond stalking and making the villain fear the hero before they usually harm them.

Cassandra does things differently. She goes after 5 people or at least has five situations setup to do maximum damage to those involved with Nina’s death. We’ll highlight one situation when Cassandra made it appear that the Dean of the college she and Nina went to, that her teenaged daughter was placed in a position where she could be raped. At that moment, you realized that Cassandra has clearly lost her mind, for you see the child get tricked, and you can tell she could be easily manipulated.

And when you see how far Cassandra is willing to go to keep Nina’s name alive, remind people of the role they played in her death, and make them gain some grasp on how Nina, Cassandra, and those who loved Nina felt, it is next level. For harming them is a quick and easy thing, a cathartic release, but as Cassandra shows through her dates, putting the fear of God into them is a whole other thing. 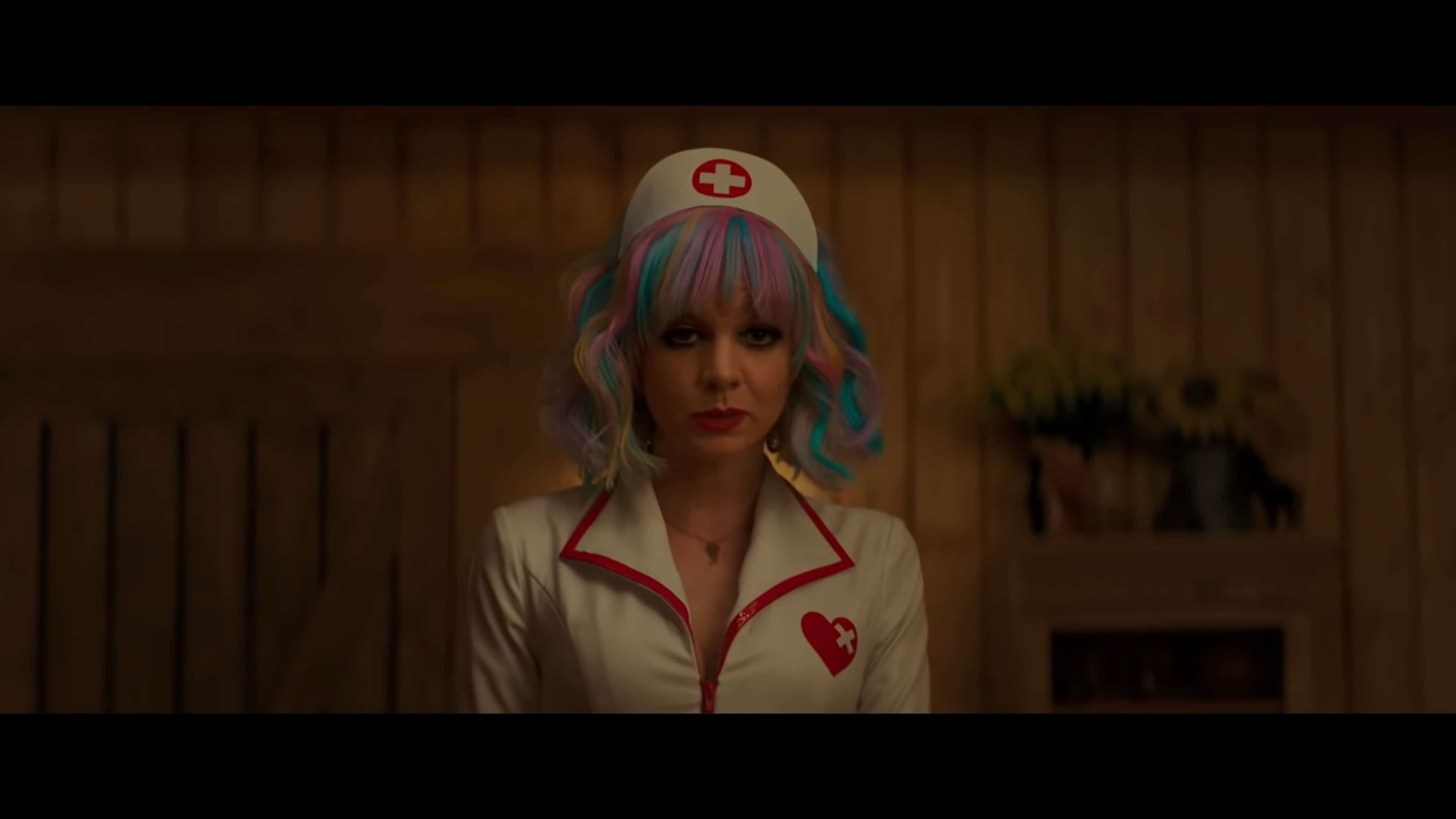 While the revenge plot is central to the film, there is also the guilt Cassandra holds, which you can see leads to her punishing herself. As noted, it is has been nearly 7 years since the incident, and Cassandra’s life has stalled. She lives with her parents, doesn’t date, and has a dead-end job, far beneath her capabilities, as noted by Ryan, who pushes the idea Cassandra was probably only second to Nina when it comes to class ranking.

Yet, with Ryan pursuing Cassandra, you see that push and pull of whether Cassandra deems herself worthy of having joy and moving forward. That survivor’s guilt is what pushes you to see Cassandra’s humanity. For while you will see a lot of what she does as f**ked up, as you see this tiny notebook with at least 30+ marks in it, you realize this is her redemption. She couldn’t save her friend, but she could save another promising young woman from her friend’s fate.

But, as we see with superheroes, there comes the point when they are so consumed by doing what they believe to be good, they begin to neglect and destroy themselves. This makes watching Cassandra struggle with Ryan and allowing him to love her not as big of a highlight as seeing how diabolical she can be, yet definitely allows you to see Cassandra as more than a lowkey psychopath.

The Effort To Protect The Accused Over The Accuser

It is amazing and frustrating to the point of heart palpations, watching Cassandra coerce people to admit what happened to Nina and understand what Nina went through. If it isn’t multiple women victim blaming, it is a lawyer noting how they discredited young women in the past and how easier it has become. Specifically, due to social media making finding ways to tarnish someone’s character easy. And mind you, the man who raped Nina is touted as a nice guy, yet you’re reminded that so many men are nice guys until they aren’t.

In fact, it’s always at that crossroad where they could either prove they are a nice guy or be a f*** boy when they seem to usually choose seeing how far they can go and get away with it.

It Does Feel A Tad Long

You could submit that this film feels longer than it should be, but the length can be justified, for you need to understand how long Cassandra has struggled with trying to atone. Never mind how long it takes to set up the situations she does and execute them. But, even as necessary as many of the situations are, as you gain a tolerance to how Cassandra operates, and she doesn’t escalate things more and more, that high from wondering what she’ll do next dissipates. Leaving you checking to see how much time is left as you wait for her to focus on her last target.

The ending is a bit of a mixed bag. We’ll go into it beyond the table of other films you can check out, but let’s just say it supports the overall idea of how men, white men especially, are far too protected. Even if they are, without a doubt wrong, and took things far beyond what was necessary or appropriate, considering their power in the situation.

We’ve long grown accustomed to revenge films, and while always entertaining, they usually lacked a compelling story. All that you usually got is that this person did this, and to get to them, all these people had to be killed, tortured, or be given the fear of God. With Promising Young Woman, Fennell switches things up. Yes, the extent Cassandra goes for revenge is extreme, but you can far more easily justify what she does than what most action heroes do – even with there being collateral damage.

This is why this is being labeled worth seeing and even recommended. For despite being a bit long and with an ending that is understandable but not ideal, Promising Young Woman reminds you that a film can be entertaining, have a message, and contain characters who can be compelling beyond the violence. Cassandra raises the bar in terms of the psyche to be expected with heroes of her ilk, and the film reminds you that death is the easy answer for mental and emotional torture is what will really bring change and give you lasting satisfaction.

Cassandra dies. After forcing a former friend to understand what it could feel like to be raped, making one of the deans at Forrester fear the possibility of her daughter being ravaged by college men, and a few other deeds, Cassandra dies due to a trigger. What trigger? Well, the former friend, Madison, gives Cassandra a video of what happened. Cassandra didn’t see what happened, and most were quiet about it, so seeing that tape is what ends Cassandra’s attempt to move on.

But what really gets to her is that Ryan, one of the catalysts for her moving on, was there. He could have said something or physically stopped what happened to Nina, but he didn’t. And with him being the first man who gave her some sense of hope, and it being false, she decides to use the fact Al, Nina’s rapist, having a bachelor party as her way to getting to him.

So, using her medical knowledge, she puts into a bottle of alcohol more than enough of a chemical to knock out every guy at the bachelor party but Al. With him, the idea is they are supposed to go upstairs and have a good time. Al isn’t for this, for he loves his wife, but Cassandra pushes the idea that the appearance is needed for her to get paid. So, they go upstairs, Al gets handcuffed to the bed and is then forced to admit what he did. 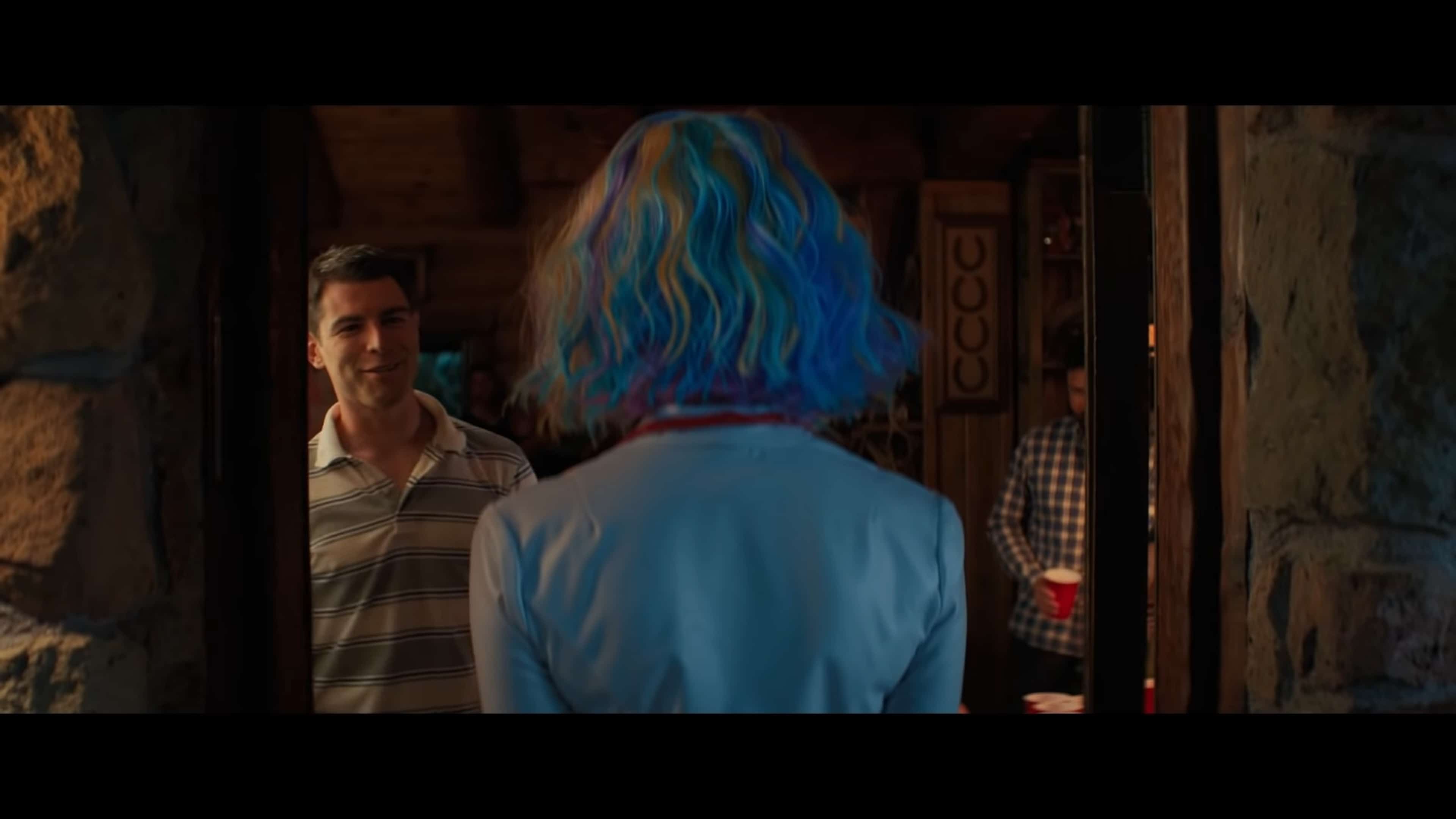 Naturally, he downplays it, as nearly everyone else did, so since Al’s name keeps coming up, and people remember him, but not Nina, Cassandra was going to carve Nina’s name into Al. However, he gets free of one handcuff and uses that to take down and smother Cassandra with a pillow. Leading to the following morning, Joe, one of Al’s friends, also the one who videotaped Nina’s rape (if I understood correctly), helping Al burn Cassandra’s body and all the evidence she was there.

Luckily though, Cassandra prepped for this, so despite what Joe did, with Al right next to him, Al gets taken down. Now, Joe runs from the scene at Al’s wedding, so it isn’t clear if he gets caught. Also, taking note of how Cassandra threatened to expose Ryan and everyone else on the Nina rape tape, it isn’t clear if it came out after her death. All we know is the phone was given to Al’s former lawyer, who is more guilt-ridden than Cassandra, and they executed Al’s takedown. As for the rest? It seems they may have to live with the possibility they could be exposed at any moment.

I could more so imagine a prequel than a sequel since there are no flashbacks so that we can get to know Nina. She is just spoken about by her mom, Cassandra, and a few others. This isn’t to say we need to see what happened on the tape, but understanding how she went from this self-aware, self-assured, just entirely who she was meant to be, to becoming a shell of that that could hit hard.

It's More Psychological Than Physical - 93%

The Effort To Protect The Accused Over The Accuser - 87%

despite being a bit long and with an ending that is understandable but not ideal, Promising Young Woman reminds you that a film can be entertaining, have a message, and contain characters who can be compelling beyond the violence. Cassandra raises the bar in terms of the psyche to be expected with heroes of her ilk, and the film reminds you that death is the easy answer for mental and emotional torture is what will really bring change and give you lasting satisfaction.