Wherever I Look
Recaps, Reviews, and So Much More
Home TV Series The Umbrella Academy: Season 1, Episode 1 “We Only See Each Other At Weddings and Funerals” [Series Premiere] – Recap, Review (with Spoilers)
TV Series

The Umbrella Academy: Season 1, Episode 1 “We Only See Each Other At Weddings and Funerals” [Series Premiere] – Recap, Review (with Spoilers)

The Umbrella Academy will surely become the next show you’ll see people flooding Netflix’s social media with “When is season 2?”

On October 1st, 1989, 43 women gave virgin births to children. Of the 43, an eccentric billionaire named Reginald purchased the custody of 7. As for what happened to the other 36? That’s not talked about. All we know is that the 7 kids that Reginald acquired all had powers. #1, Luther, has super strength. #2, Diego, is quite talented with projectiles – specifically knives. #3, Allison, has the power of persuasion. #4, Klaus, can speak to the dead – when sober. #5, who didn’t inherit a name, can teleport from time and space. #6, Ben, could become on conjure monsters. Lastly, #7, Vanya, well she is said to be normal, but that might be a lie.

Together, these kids grew up as a crime-fighting team known as The Umbrella Academy. However, by the time they were adults, many left the business, and Reginald, behind. Luther went to space, Diego decided to stick to being a vigilante, Allison became a public figure, Klaus an addict, to drown out the dead, #5 disappeared, Ben died, and Vanya wrote a tell-all. But, when Reginald dies, there is an uneasy reunion and very limited reconciliation due to only returning home due to a sense of obligation.

But, as #5 appears, and reveals an ominous future, it seems the team may need to get back together, or the world is doomed. 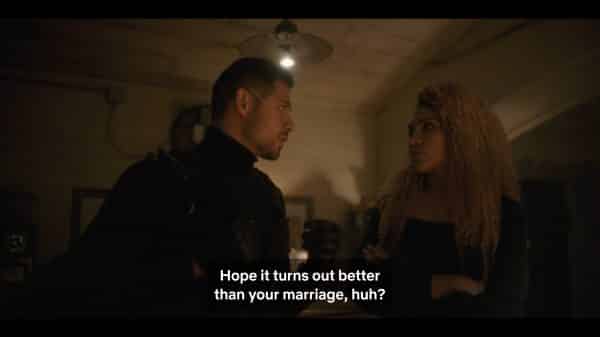 It’s easy and understandable to want to compare The Umbrella Academy to DC and Marvel properties. However, one thing which makes this starkly different is they have lives and were able to walk away from crime fighting. Also, at least at this point, there is no supernatural evil character. Yes, there are sci-fi elements, as seen with Mom and Mr. Pogo, but the lack of a big evil is kind of refreshing – even if #5 says the world is soon to end.

But, there is something about a hero being a lovable drug addict, an isolationist, a famous actress, and only one sticking to crime fighting which feels like a good shift in the comic book adaptation narrative. Pushing the idea that while this may have been inspired by the classics, it is in a league all of its own – mostly thanks to the actors.

There Is This Weird CW Vibe To It

If you strip the blood and gore from this, you get a show which seems to be very melodramatic. We got Allison and Luther who used to be a thing, but her getting married might have been one of the factors leading to Luther heading to the moon. Also, there is the need to question how Allison met and got married, considering the powers she has. On top of that, we got Vanya who is the black sheep of the family and the drama of her exposing them.

All of this makes the show far more interesting than it would be without the interpersonal drama, but it does lead you to wonder if this drama could become over the top with time. 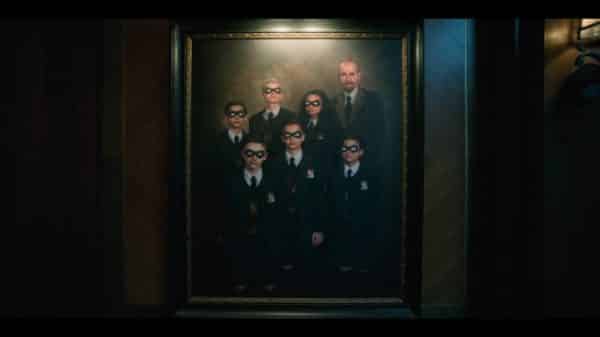 All signs point to this becoming a huge and likable hit for Netflix. The cast is perfect, the drama has a good balance between your usual superhero melodrama and just things adults go through. Also, while we haven’t met the villain yet, one of them are Mary J. Blige. That in itself is worth raising an eyebrow to but also driving up much interest to see how this plays out.

But the top reason to label this positive is because the world we are introduced to may have the familiarity of many comic adaptations but has just enough to stand out. Making this dive into the superhero world a serious showing of how Netflix can and will survive without Marvel properties and may even outdo their former money makers.

Meet The CharactersPurchase The Graphic Novels This Is Based On: Volume 1, Volume 2, Volume 3 (You Can Get Volume 1, And Access To Many Other Books With Kindle Unlimited)