Five Points really helps legitimize Facebook Watch as not yet another platform getting into the original content game, but a platform which may have something different to present.

Over the course of only a week, one major event changes and exposes so much. Not just for each character but for us as well. Particularly since the point of Five Points is making it clear how much things are all about perspective. Take Natasha aka Tosh. Depending on the point of view, she is either a mean girl, someone breaking under the pressure of her mom’s expectations, or someone’s girlfriend who is so invested in them they can be seen as overbearing. She, alongside CJ, Lexi, Eric, and Wallace are given a true three-dimensional treatment so it isn’t purely their narrative and take on things. They don’t necessarily shape how you see them or someone else but you wholly get to make your own judgments. Especially as they deal with participating in the most traumatic experience in their lives.

It Has A Good Twist

I’m going to tiptoe around the twist so excuse me being vague. So, let me note that we are led to believe something happened the entire season and wonder why one particular aspect gets so much attention. For, from the point of views we’re given, it leaves you a bit confused. However, when you learn the truth in the finale, the flood of emotions will get to you.

The Gimmick of Seeing From Different Points Of View Is, Mostly, Handled Well

While it can be a little jarring how the narrative isn’t sequential, it doesn’t focus on everyone’s Monday, then everyone’s Tuesday, and so on, you will enjoy the narrative once you get used to it. Primarily because, it makes it so the characters become more human. Alongside the Tosh example above there is also Wallace.

When it comes to Wallace, one of the first things you notice is he isn’t a stereotypical nerd. He isn’t dorky, doesn’t fall all over the place, and he seems to be social. Maybe not with the girl he likes, but who doesn’t have that issue. However, then comes the shift around each person’s perspective of him. Making it where you could believe, based on how Alex’s torments him, and his friendship with Jonathan, maybe he is gay? Then him transforming, as we see how he hands his crush on Lexi, him going from cute to kind of creepy. Especially as he presents himself as trying to be her hero – and her needing to appreciate what he did.

Same goes for Eric. From one point of view, he could be seen as an example of how people get addicted to pills. Then someone who is dealing with a dad trying to live vicariously through him and a whole new angle when it comes to Tosh. And as you get a different snapshot, alongside each person revealing themselves onto you, so drops the feeling you are seeing someone strictly through their eyes and relationship. For you’re not following anyone’s narrative strictly and then the show gives you a clue into what a character is really like. The focus is constantly shifting so you get to form your own opinion as if you were friends or just going to the same school as anyone in the show.

Being someone who watches and reads a huge amount of material from the “Young Adult” genre, I liked the fact these two had a normal break up. Yes, some things were revealed later on which could have added drama, but when they broke up it was for normal reasons. Not because someone was cheating or that soap opera drama but because Eric wasn’t happy and felt he wasn’t heard. And while Tosh got vicious about it later, it was nice that Eric never really presented any sort of venom in him breaking things off. It just wasn’t working.

This Idea That Everyone, No Matter Their Socioeconomic Status, Have Issues

From CJ’s family having little to no food and on the verge of being evicted, to Lexi dealing with a death in the family, it was shown that everyone was going through something. Which some may say weren’t equal but with how the perspective shifts, you get the idea that while, as a third party, each problem may not seem equal, but for that person it is a very real issue. One they are struggling to deal and cope with.

How It Handles Suicide

Unlike 13 Reasons Why, the way suicide is handled here is more easy to digest. There is still the act being seen, minus the graphic detail but we still get that step by step guide. That is, a guide to why a young person, who has barely gone through life, can come to the point of ending it now rather than seeing if it gets better. For when it comes to the person who dies, you can come to the point of realizing how quite a few of the characters could have came to the same decision. It is just, they weren’t given, or had access to, the tool when at their most vulnerable to do the act. 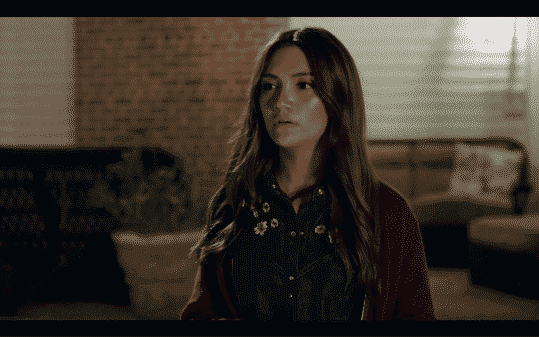 One of the downfalls of the series is that, on top of the episodes being short and mostly ending on cliffhangers, is the Ananda pregnancy. It comes out of nowhere, doesn’t get much in the way of explanation, and sours one of the highlights of the show. Add on Alex, rather than Ananda, gets an episode to express their point of view, and it makes it so this storyline almost feels forgotten. If not pushed off to be reintroduced in season 2.

There is always a sort of hesitation in feeling meh about how gay characters are introduced. For I do believe, as someone who watches a huge amount of media, diversity is giving entertainment new life. The problem is, diversity hasn’t always produced new stories. Often times, it is just a new coat of paint on an old and rickety truck. Such is the case for Alex for the whole idea someone bullies a gay person, or says homophobic things, is because they are gay is kind of tired. It may very well be true but it simplifies a bigger issue.

Also, when it comes to Alex, you have to slightly feel for him, especially in the season finale, which focuses on him, for you’re reminded he doesn’t even control his coming out story. Jonathan has long stolen that from him through rumors. So him coming to accept and understand his feelings, being willing to express them, has been made complicated by someone who already had their journey. Who, because maybe they feel a bit alone out there, decided to spread rumors to coerce Alex to come out. Which is what makes him hostile because he is not ready.

Not to excuse what real life people do, but for a fictional character who you get multiple perspectives of, it really drives the idea there is more to a person that your way of seeing them.

I don’t want to say this is 13 Reasons Why-Lite or a more socially conscious version of it, but it kind of is. What we get here is less, honestly, over the top drama and it feels a bit more rooted. We get real insecurities and issues, but without that tentpole moment which will have the media go into a frenzy and call on the psychology community for comments. Which has its benefits and its disadvantages. The sole disadvantage being, for those who like that kind of drama, they may get bored. However, the benefit is, because it presents to us real people who aren’t troubled, messy, or tragic seemingly just for our entertainment, it makes that twist in the finale mean more.

Hence the positive label. Five Points leads you to believe, alongside Red Table Talk, the people at Facebook Watch are taking note of what others aren’t doing, or what they could do better, and pursuing that in their programming.

Has Another Season Been Confirmed?: Not Yet