Five Points: Season 1/ Episode 6 “You Were My Friend” – Recap/ Review (with Spoilers)

Tosh’s reaction to the aftermath of the last episode is focused on, as well as Eric’s relationship with Ananda.

Two currently unnamed cops are assigned to Eric’s suicide and the burglary respectively. Something which one seems to want to connect and get over with. As for the other? She wants prints taken just to be sure and also asks Tosh’s dad why were the guns loaded. Of which his only excuse was the cabinet was locked – behind easily breakable glass.

We haven’t seen CJ, or even heard him talk, in a very long time. So there is a definite need to wonder how he feels about this. He is part of the chain of events that led to Eric’s death. On top of that, depending on how the investigation goes, Eric may take the fall for CJ and Ronnie’s crime. But, with mentioning CJ and Ronnie, and asking where they are, so is there a need to ask where is Lexi? She was in the car when the shot happened and we don’t see her in this episode either.

But I guess they are holding that back for later. 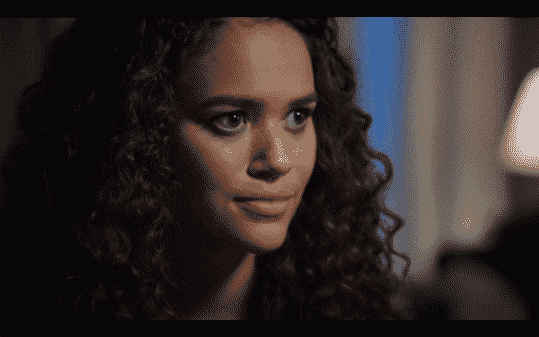 While Eric did break up with Tosh hours ago, and she decided to spew the ultimate insults, it doesn’t make her any less emotional. Plus, maybe in her mind she thinks of herself as a factor in his death now. It isn’t really clear since nothing get verbalized. Everyone is just in shock over what happened.

There are times I honestly believe this was originally planned to be a movie or something longer but because Facebook wouldn’t provide the budget, and they couldn’t get a significant one anywhere else, they just got artsy with it. Making it where there are gaps made so that you can speculate what may or may not have been thought of. Because, while Tosh’s mom talking about Jackie O, dignity and poise was… okay, it was like we got to hear how everyone felt but Tosh and this was her episode.

Who Was He To You?: Ananda, Tosh 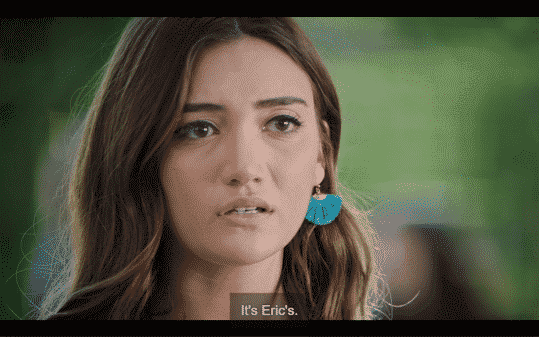 Ananda needing to talk to Eric, wanting to be there for him, while just a moment, was a major red flag because it wasn’t established who this girl was. Well, come to find out it is Eric’s baby momma for a baby not born yet. Now, why did Eric cheat on Tosh and why did Ananda participate? Both are valid questions. However, with each episode being over as soon as it begins, and the shifting focus, unless Ananda gets her own episode next, the answers might be put on pause.

I both love and am immensely frustrated with this show for, as said before, as soon as it starts getting good it is over. Yet, I gotta admit, Ananda being pregnant is worthy of a side eye. Like, that is the kind of drama which you have to question the point of. And this is recognizing she was easier to talk to and maybe Eric was going to break up with Tosh and transition to being with Ananda. This could really go a bunch of ways but each one makes me roll my eyes a bit since a kid shooting himself at school is a big enough deal. Why you got him leaving a baby behind?