Alex’s truth and what really happened in Eric’s car the day he died is gone into. Prep for shock and some tears.

Yup, Alex definitely had homosexual feelings and they were directed at Eric. It isn’t said why but who really knows why we have crushes on anybody? Now, as for why he picked on Wallace? Well, on one hand, you can look at it as him giving Eric pills which could get him in trouble. On the other hand, it could be jealousy from him believing Wallace was gay and trying to make a move on his man, even if he was with Tosh at the time. 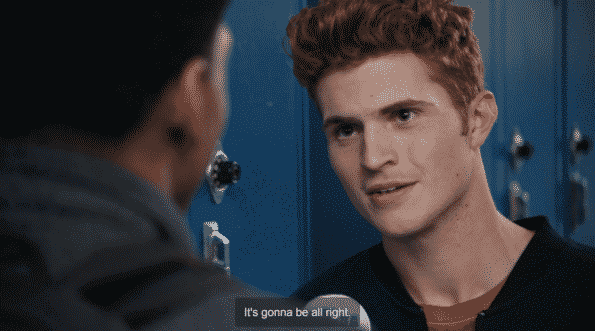 Alex: IT’s gonna be all right.

Is it a trope yet for the bully to be gay? Don’t get me wrong, in the case of Alex, I gotta admit I thought his crush on Eric was sweet, even if it made him act like an ass sometimes. But are homophobic or homo aversive dudes really gay this often?

That question aside, I wonder what was the source of him not being able to embrace his sexuality? Are we to just assume society? His mom seemed nice and no one but him bothers Jonathan so it doesn’t seem like it is his environment. Plus, when it came to Eric, it seemed if homeboy pulled him over into an empty room and kissed him he wouldn’t protest.

So, what was the source for all his troubles? Just being rejected by that guy before and people like Jonathan stealing his narrative and making it where he couldn’t come out on his own time. Rather than be damn near coerced because of gossip?

You know Eric’s worry about getting into a school? Well, he got into Texas Tech. In fact, Alex was on his way to see Eric when the gun went off. Notice we change the wording of the situation. “The gun went off.” Why? Because Lexi accidentally shot Eric.

Yup, that is why Wallace wiping that tape may have had some importance. If camera had the angle needed to really see what went on – which I don’t believe it did. But, long story short, thanks to bringing up her mom’s suicide, which she feels she could have prevented, Eric hands her the gun. Problem is, she grips the gun by the trigger a bit and with Eric’s phone ringing BAM! Gun goes off and now Lexi has to live with the guilt of killing someone she tried to save. As well as wiping away the evidence, or thinking she did, so that she won’t be associated with Eric’s death. 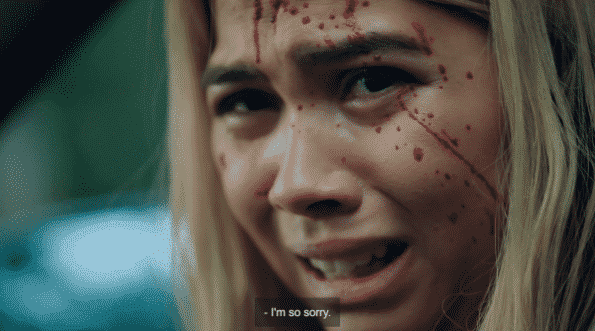 That hit hard. We got Alex’s crush dying, Lexi revealing the tale of her mother dying, and Eric dying by accident. To be honest, I didn’t expect to cry since we’ve gone over Eric’s death so many times at this point, but Five Points really found a way this episode to add that extra layer by showing a different perspective. Putting in not just superficial details but the kind which matter and it really makes you believe they got the hang of things now.

So while it isn’t clear if there might be a second season, or if Eric’s death may still be the focal point, I’m definitely watching to see what happens. For Five Points seemingly just hit its stride and I can only assume, and hope, just in case there was another season, Giaudrone already has a couple of episodes ready for the green light.