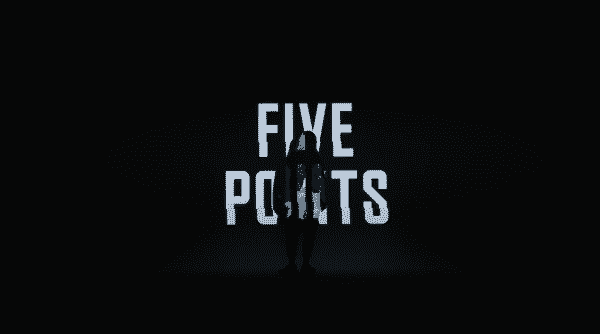 Hayley Kiyoko’s character finally comes into focus and she presents a different perspective on how some characters are.

Remember how it was said Tosh didn’t seem so bad? Well, that opinion was given too soon. Though Lexi isn’t the friendliest of girls either, Tosh can get a little nasty. Luckily for Lexi, however, Jonathan makes quite a good best friend and it seems she shares him with Wallace quite well. Making the fact she barely knows Wallace quite strange.

Okay, riddle me this, how can Jonathan seem so close to Lexi yet she knows nothing about Jonathan’s other best friend Wallace? Granted, not all best friends no each other and form a supergroup, but unless Jonathan doesn’t wish to play matchmaker, this all seems sort of off to me.

Yet, one of the themes of Five Points is how each person sees things from a different angle. Making you wonder what is Jonathan’s take on the situation at hand. Not just Wallace’s crush, but also Lexi. For even though the show doesn’t let us into a character’s thoughts, it would be interesting to see how he sees things.

Not to downplay Lexi and Tosh’s beef though. Even if it sort of downgraded Tosh into a stereotype, in a way, and made Lexi seem a bit more generic as well.

Dreams of Being Juliet: CJ, Lexi

That is, even considering Lexi is a mutli-colored haired girl, with a love of eyeliner, who wants a lead role in a play. Something that she struggles to really talk about, for she makes such a good stage manager, but then CJ pops about. After their conversation earlier that day, it seems he has a bit of a crush on her and he kind of boosts her ego a little bit.

Lord, we may have a love triangle. One between Lexi, CJ, and Wallace in which Wallace doesn’t really stand a chance. Though, taking note of his conversation with Tosh, maybe she may go geek and give Wallace the time of day? Forcing Jonathan to be in a rather odd situation.

Oh, and speaking of odd situations, another reason Wallace may have lost his chance is because he convinced Tosh to join the play and she auditions for Juliet. Something which clearly is going to upset Lexi.

I really hated the fact as soon as we got to something really juicy, the episode ended. For there is so much about to happen. Well, that could happen anyway. We got Wallace doing something which would end any chance he had with Lexi. Then with have Tosh entering Lexi’s sanctum and likely taking the part she wanted. Also, with Tosh and her cronies there, no way will Lexi audition and, who knows, she may just quit drama club to not be around Tosh or the traitor Wallace.

Not to forget, now Jonathan is really in a pickle because one best friend just screwed over the other. So will he be forced to take sides? Here is hoping he gets focused on in the next episode.