“Summer Time Rendering” presents a movie-level type of story which mixes the supernatural, a murder mystery, and apparently some groundhog day elements.

It has been two years since Shinpei left his hometown of Hitogashima for Tokyo, and his return isn’t a joyous occasion – it is for the funeral of his childhood friend Ushio. But, despite the dark cloud of a reason for his return, with the island of Hitogashima being only 700 people and mostly relying on tourism and fishing, the return of anyone who grew up on the island is a notable occasion. Hence Mio, Ushio’s younger sister, being overtly excited upon Shinpei’s arrival, and even Sou, one of Shinpei’s other friends growing up.

But, as time goes on, Shinpei learns more and more about Ushio’s death, and it raises red flags. Originally, he was told Ushio drowned saving a little girl named Shiori Kobayakawa, the daughter of a local market owner. However, with Shu noting there were marks on Ushio’s neck like she was strangled, red flags are raised.

Things become all the more questionable, if not alarming, when one of Ushio’s relatives, the only cop on the island, Tetsu Tostumura, notes that Shiori’s family has gone missing. This triggers Mio and leads us to learn about the “Shadow Sickness” that plagued the island, especially before the war.

To make a long story short, it seems on the island that sometimes people find doppelgangers, and if you see your doppelganger, it will kill you, then pretend to be you long enough to kill your family. A prime example? When heading to the Hito Shrine, in the northern part of the island, Mio sees her shadow, and that shadow kills a woman Shinpei met on the boat to the island, Mio, and him.

Luckily though, he finds himself awakening, back on the boat, accidentally between the breasts of the woman he just saw die, as if all that happened that day didn’t happen. Thus making it seem he’ll have another chance at life.

It Has Movie Qualities

Most anime that we watch, and often dropped by episode 3, fill very run-of-the-mill. Almost as if, every season, a show comes out that is just like it. Be it someone getting transported to another world, this unremarkable guy attracting this notable young woman, or the type of whodunit mystery that points fingers in all directions, with some strange being at the center of it all.

“Summer Time Rendering” is different. Unlike most shows, it doesn’t leave you with a ho-hum feeling when it is over. You are left craving more, and the quality of the animation and story makes you think you’re watching a movie, not a show.

To begin, Shinpei isn’t like most male protagonists. He isn’t made to be someone you have low expectations of and are pushed to see as an idiot, the poor kid, or something lesser than. Yes, he is an orphan, but that is a simple part of his backstory used to build up why Ushio and Mio mean so much to him. Plus, considering the way he was treated, he integrated right in. Heck, when he is staying after the funeral, he helps out at the family restaurant without being asked, pressured, or anything like that. This is his family, he is staying at their home, so of course, he is going to pitch in! There are his loved ones.

And it just snowballs from there. Mio, which her introduction includes a panty shot, isn’t some silly, comic relief little sister. She has emotions, is grieving, and trying to stay strong, maybe do as her sister did, and be the light of the island with her smile.

But, there is a dark cloud over the island her light can’t break through, and that is when things get real interesting. After all, it is a small town of 700, an island, so it is an isolated place with many mountains, woodlands, and even an abandoned fort. This allows for a lot of mysteries, and for there to be one about shadows who kill the original and their families? That is not a familiar story you can say is done every season. That sounds fairly unique, and then throw in the groundhog day feature that will allow Shinpei to figure out where he went wrong and to potentially figure out why all this is happening?

It has felt like a long time since a show, animated or not, hooked us on the first episode, and “Summer Time Rendering” ended the stupor.

While it is frustrating to have to hunt for a show again, “Summer Time Rendering” is worth it, and damn Disney (Eventually, this is supposed to be on Disney+) for holding off on premiering this, likely until the first season/cour is done, than having it simulcast. 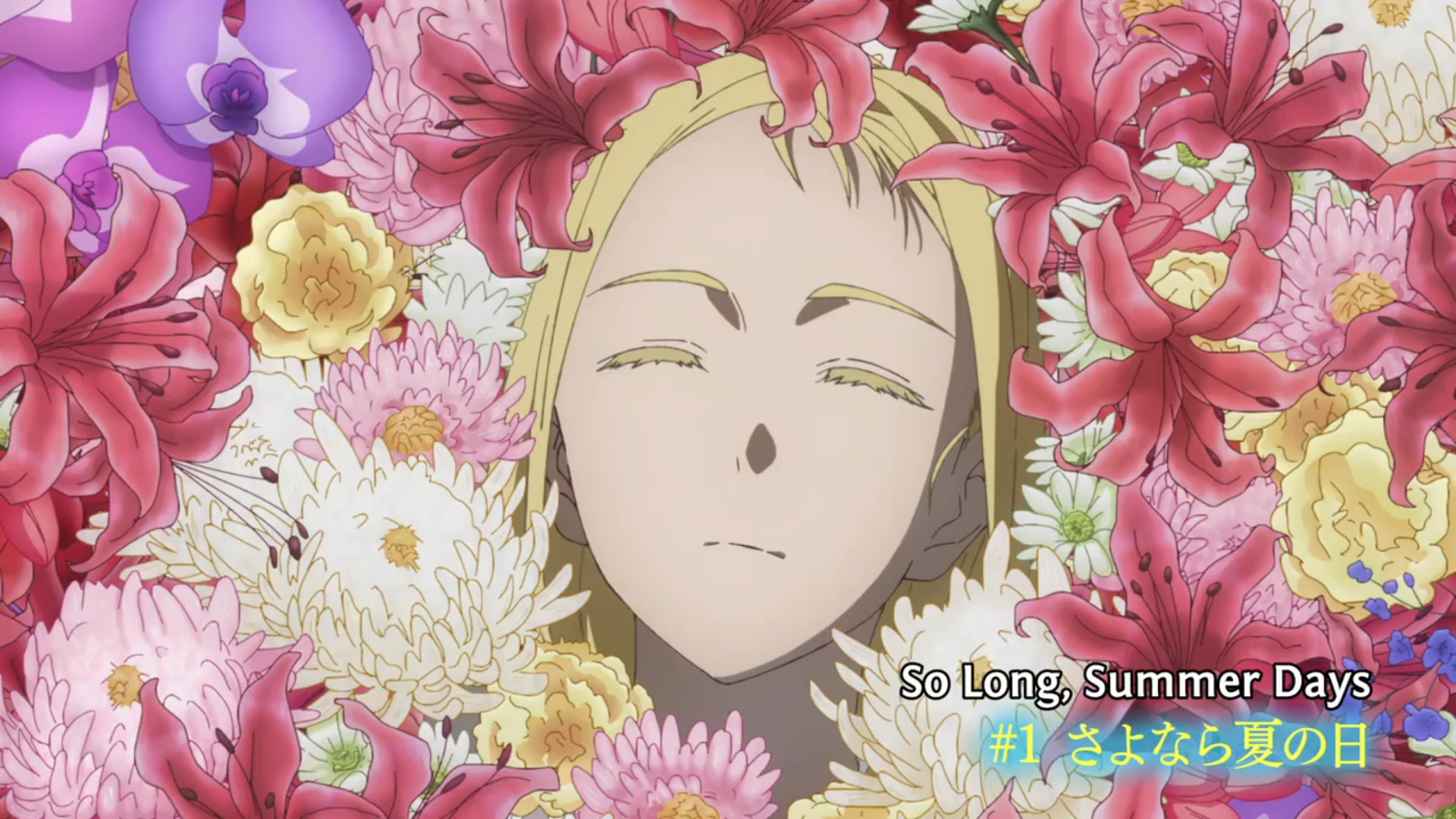 Summer Time Rendering: Season 1/ Episode 1 “So Long, Summer Days” [Premiere] – Recap/ Review (with Spoilers)
Overall
“Summer Time Rendering” has all the makings of being the best anime of the year and one of the best shows – as long as it can maintain this level of quality and can live up to its initial hype.
Highlights
It Has Movie Qualities
Disputable
89
Follow Wherever I Look on Twitter and Instagram, Like us on Facebook, and Subscribe to the YouTube Channel.