Wherever I Look
Recaps, Reviews, and So Much More
Home TV SeriesAnime Redo of Healer: Season 1 Episode 1 “The Healer Starts Over!” [Series Premiere] – Recap/ Review (with Spoilers)
AnimeSeries Premiere

Redo of Healer is a revenge story that may make you think of The Rising of the Shield Hero, but this is far more graphic, violent, and Keyaru’s revenge is active.

In the original timeline, Keyaru was just a boy from a small village blessed with a healing power, and thinking with said power, he’ll protect his village and the world. However, as time went on, he was forced into becoming a drug addict, a slave, and despite being a recognized hero, not a soul treated him as such.

But, in time, he built a resistance to the drugs he was forced to become addicted to, and when facing the demon lord, Keyaru revealed he was no longer an addict and defeated the demon lord single-handedly. Thus, he got the philosopher’s stone and decided to turn back time so that he could not only get revenge but rewrite the world into something fairer.

Why? Well, beyond his own need to not be used and abused, Redo of Healer recognizes that the Demon Lord’s quest is revenge as well. Humans massacring demi-humans, stealing their land, enslaving them, that caused the trouble humanity is dealing with. But, thanks to the power of spin, people never take account of it.

So with Keyaru saving the Demon Lord more so than killing her, he is gifted with the ability to remember his past life and began his quest. That is, take down the eldest princess of the Gioral Kingdom, Flare Earlgrande Gioral, the hero of magic, and bring down her tyrannical kingdom.

A Different Kind of Hero Story

One of the reasons we brought up “The Rising of the Shield Hero” is because of the disrespect Keyaru experiences at the hands of Flare being similar to what Naofumi experienced with Myne. However, in “The Rising of the Shield Hero,” Naofumi is just accused of rape and isolated. Keyaru suffers throughout the whole journey of defeating the Demon Lord, and when it comes to Naofumi, he gets revenge by winning over the people. As for Keyaru? Well, he’ll take a more direct approach. 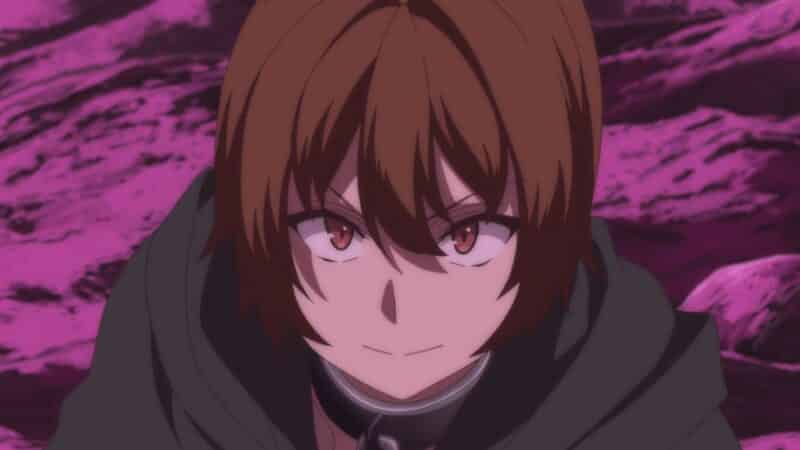 But, what really helps Keyaru stand out is the extent of the abuse he suffered. From being repeatedly drugged, a borderline slave, and who knows what else, the level of suffering goes beyond being a social pariah. And considering that we see Keyaru have sex, take drugs to build up an immunity, and that’s in the first episode, imagine what will come in the future? Especially in terms of killing or embarrassing Flare and perhaps on behalf of the demi-humans, bringing balance back to the world.

Often when it comes to action/adventure shows, we’re given the narrative of these are the villains, the others the bad guys, and that’s it. And while there are programs that do try to remind us that the victor writes history and the narrative, Redo of Healer appears to want to be different. As Keyaru approaches the capital, he reveals the history of the land and how it was stolen from demi-humans who were either killed or enslaved.

Thus, it provides us with an understanding of the Demon Lord and why she waged what appeared to be a pyrrhic war with the humans. One which she ultimately lost, but considering Keyaru might be the champion for her people, maybe we spoke too soon? Since it seems just as much as he got a reeducation as time went on, so shall we on what should be expected.

Violence and sex are often found in action anime, but one of the issues we’ve always found is that both rarely add value to the story or even the development of a character or a relationship. Now, it’s only the first episode, so it might be too soon to tell, but I must admit I appreciate Keyaru having sex in the first episode and it being consensual and not some juvenile, ecchi moment.

Now, granted, he is in a harem, but it’s clear the women approached him, both are getting pleasure, and it further enhances the idea that while Keyaru is the protagonist, he isn’t a saint. He isn’t some pure warrior trying to correct his world’s timeline. He is still a boy who has just came of age and has urges. Which, if a beautiful woman wants to satisfy, he isn’t going to say no!

Then when it comes to the violence, again, maybe we are getting our hopes up, but I feel Redo of Healer already has pushed the concept of trauma, PTSD, and being violated emotionally and mentally. So in terms of physical gore, torture, and things of that nature, we’re hoping it is used for the sake of the story just as sex seems to be. Even if only for the sake of showing how mentally exhausting it is for Keyaru to heal people when he experiences the full weight of their life and how they became injured.

This is going to be one hell of a season. Not just for Redo of Healer but anime in general. But, speaking specifically for this show, I believe it shows a maturing medium which just as much can give you the action, the sex, and the story, all in one, rather than potentially fail with one, sometimes two, but have that last element be a silver lining.

Hence our recommendation. Redo of Healer is of the ilk of some of the live-action shows Netflix and HBO are known for. It has characters that you either love or get a reaction from, builds up its world and characters simultaneously, features, sex, and violence, but all of that done in such a way to make the world real. Not to sensationalize, get you quickly hooked only to learn what you’re chewing on is cheap plastic, but to genuinely have you get invested and want to commit for the full season, if not series.

Redo of Healer is of the ilk of some of the live-action shows Netflix and HBO are known for. It has characters that you either love or get a reaction from, builds up its world and characters simultaneously, features, sex, and violence, but all of that done in such a way to make the world real. Not to sensationalize, get you quickly hooked only to learn what you're chewing on is cheap plastic, but to genuinely have you get invested and want to commit for the full season, if not series.