In Horimiya, two high school teenagers show a side of themselves no one at school gets to see and maybe, just maybe, it might blossom into a romance.

Originally, Hori and Miyamura lived in separate worlds despite co-existing in the same class. Hori was fairly popular, usually joyous, and while she didn’t hang out after school much, no one questioned it to a serious degree. On the flip side, the always suited up Miyamura was considered an otaku and considered weird to the point of no one making an effort to engage him. That all changed thanks to Hori’s little brother Sota. With him becoming scared thanks to a dog, falling, and getting a bleeding nose, Miyamura stopped by and helped him, alongside walked him home. However, rather than suited up with glasses, Miyamura has the look of a Rockstar which makes him completely unrecognizable to Hori. Someone who doesn’t often hang out with her friends due to having to take care of her brother, since their mom often works overtime. As for their dad? Well, there is no mention of him.

But, once the truth is revealed, Hori is stunned but finds Miyamura interesting now. In fact, with Sota befriending Miyamura, she fits him into her routine. Hori even talks to Miyamura at school which draws some raised eyebrows from people like Ishikawa, who has a crush on Hori. However, with sharing a secret life, and finding themselves becoming slightly domestic, it seems Hori may have developed feelings for Miyamura. Now, as for whether they are reciprocated? Well, it depends if Miyamura can get past his insecurities.

Sometimes I’m not sure if you’re incredibly bold or incredibly stupid.
— Hori

One of the first things that you may take notice of is Hori isn’t just this cute girl, with a good life, who suddenly has a new boy in her life. Hori has an entire, pseudo-secret life that can be delved into. For whether it is what happened to their dad, if the mom is struggling financially, and even how Sota feels about it, you can see Horimiya can go far deeper with its female protagonist than we commonly see in romances like this. 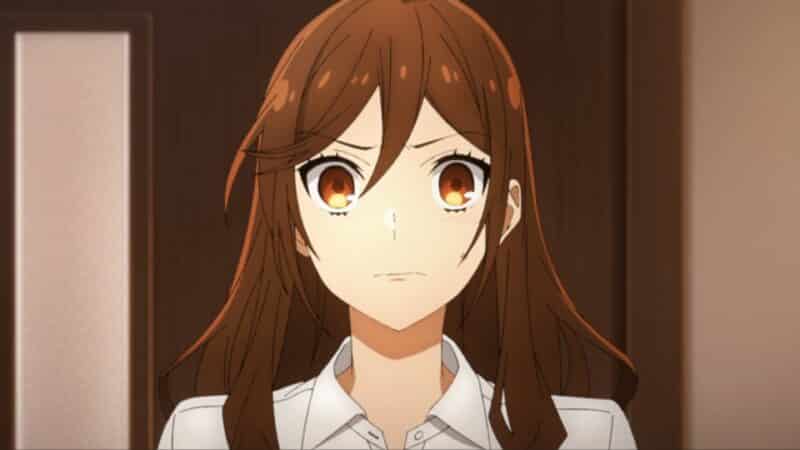 Especially considering how she reacts to Miyamura saying to Ishikawa that he doesn’t think they are a good match and she is just being nice to him. Her anger was expected, as this is a romantic comedy. However, her crying and truly getting emotional could throw you off since it pushes the idea that, beyond a routine, there is something Miyamura does for Hori that makes him feel irreplaceable.

Miyamura Being Far More Interesting Than Given Credit For

In a whole lot of anime, the male protagonist is just, average. You could even say it almost feels like, as you see with most comedies, that they are made to be lived vicariously through rather than be people on their own. Miyamura evolves beyond that. In his school gear, you can imagine everything everyone says about him being true.

However, even if just done on whims, between the piercings, tattoos, and even hairstyle, you see there is more to him. It’s just, knowing how conservative things are at school combined with his mother’s disapproval, he doesn’t have a place where the look he has developed can be freely expressed. And a male protagonist in a romance having a sense of depth early on, and not through dead parents and a sob story, that’s new for us and draws us in.

Intimacy beyond sex is perhaps one of the things we love the most about anime, since, with most having one season, falling in love is usually the end goal more than seeing each other naked. For Hori and Miyamura, their intimacy comes with seeing each other’s true self.

For Hori, while popular and outgoing, you could submit she likes being in the house to a point and having a bit of a domestic life. This isn’t to say she wants to spend her youth playing her little brother’s second mother, but while going out is nice, she fully enjoys watching movies at home and chilling. 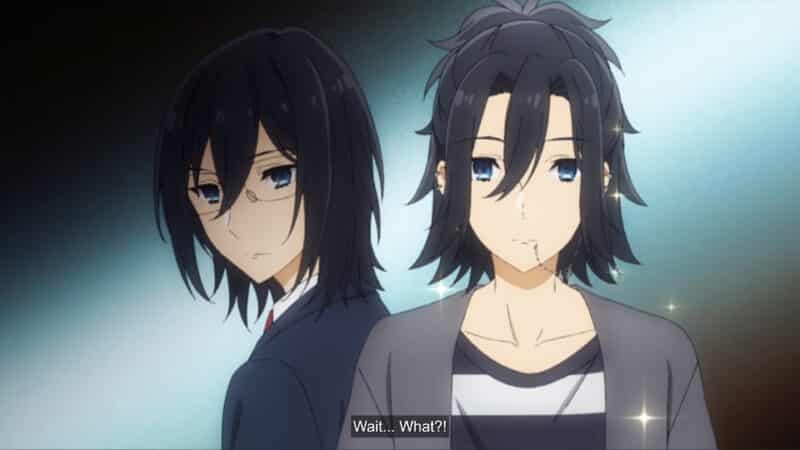 Then with Miyamura, I’m not 100% sure what inspired the piercings and tattoos, but clearly, some kind of physical expression is needed for him. So for both to find someone who accepts who they are, without having to justify or explain things, it’s nice. There is a comfort in their intimacy that, as you see when Hori felt it was threatened, is honored and cherished. Because, while Hori has friends, you recognize there is something about Miyamura that allows for vulnerability and an openness that she doesn’t have with her school mates.

The Reaction of Everyone Else To Miyamura and Hori Getting Close

Watching two people perceived as opposites come together is a curious thing to watch. Especially when you see it suddenly happen rather than the slow and steady process many are used to. So when it comes to Ishikawa and the others, their reactions are priceless. Yet, it also reminds you how oblivious people can be, even when you are rather close to them.

I say that because it seems none of Hori’s schoolmates know about her personal life. Also, despite how cool he seems out of school, and how rather nice Ishikawa and Hori discover he is, Miyamura is seen as a mystery. 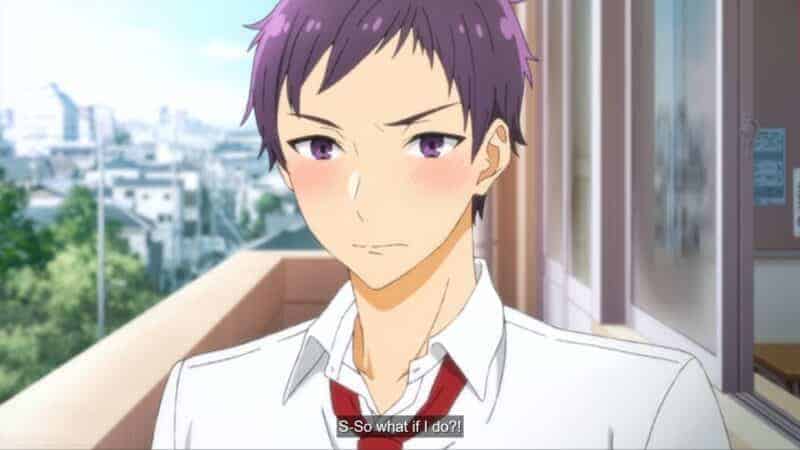 Granted, the season has just started, but this could very well be a favorite for us. It’s cute, but not shallow. There is something to discover with the characters who are leads, and potentially that could spread out to their friends and associates. And when it comes to the romance, it doesn’t feel rushed nor like we’ll get strung along. There is something strangely organic about it that ropes you in.

Miyamura Being Far More Interesting Than Given Credit For - 86%

Granted, the season has just started, but this could very well be a favorite for us. It's cute, but not shallow. There is something to discover with the characters who are leads, and potentially that could spread out to their friends and associates. And when it comes to the romance, it doesn't feel rushed nor like we'll get strung along. There is something strangely organic about it which ropes you in.