“The Old Guard” gives you the summer blockbuster you’d expect to see in theaters from the comfort of your home.

For more than a thousand years, Andromache, aka Andy, has played God and has done her best to guide the human race to a better place. Which, while the results can be seen by those who have studied the affects, Andy has come to the point of growing tired of living. After all, she knows every food, most languages, has forgotten more ways to kill than any mortal could ever learn, and with knowing the suffering which could come from growing close to a mortal, all she has is the few immortals she has found.

One being Booker, who also shares her grief of living far longer than desired, and then the couple Nick and Joe. But in 2019, after over 200 years, a new immortal rises, and it is a young woman named Nile. Her arrival, as with the others, has no rhyme or reason but seems to come at a pivotal time. One in which Andy finds herself hunted, thanks to a CEO of a pharmaceutical company, tipped off about her existence, as well as that of her allies.

Thus leading to the now 5 person squad fighting for their lives and trying to avoid being seen, or captured, in the digital age. Something that is a serious challenge, despite their knowledge and shared expertise. 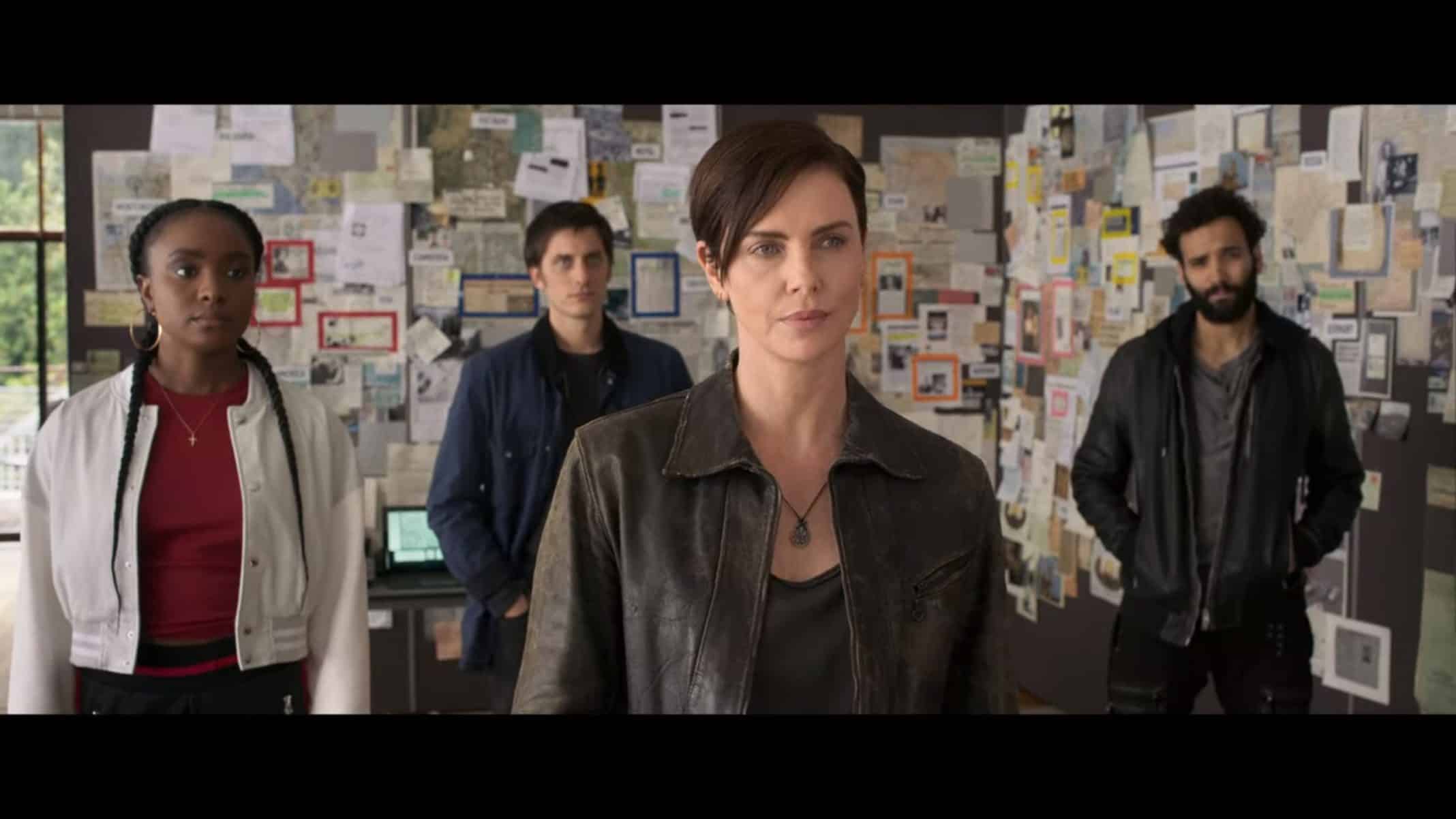 Action movies aren’t necessarily known for having homosexual relationships at the forefront. So to see Nick and Joe’s relationship, and it being about love and passion, and going beyond lust and sex, it makes you feel we have truly reached that era of parity. For, in the film, Joe has a monologue about his love for Nick, when someone waters down what they are to boyfriends and its damn near a sonnet. The expression of love is just not something you hear in action movies, even when they are revenge or rescue based.

Add in we see them laugh together, kiss, and are never treated as something paraded because anyone wants to make the movie come off progressive or forward-thinking, and it leads them to become one of the strongest highlights of the film.

Though, as a whole, the characters were well-casted, and even though we only get a foundation for most of their pasts, you still find yourself heavily invested in their present-day survival and potential to thrive in the future. Booker, who is without a notable relationship to boost his place in the film, by conveying to Nile the suffering which comes from living so long, it makes you feel something for him.

Then with Andy, who gets the benefits of flashbacks, Theron continues to show herself as one of the top action movie stars in predominately English speaking movies. For she holds all that action movies call for in terms of masculinity, by having the physique, stern look, and quick and concise decisions. Yet also a sense of femininity in how she is a teacher, protector, and pushes the concept of family and loyalty amongst her group. Especially as their family unit comes under threat.

And with Nile, you see Kiki Layne almost being groomed to be all that and more. Mind you, not in such a way to imply Theron is passing a baton but you can see her setting an example for when Theron decides, stunt person or not, she no longer wishes to maintain her title.

While we know villains with understandable motives have long existed, we do applaud the increased presence of villains who aren’t evil just because. Which isn’t to see Merrick, the CEO of the aforementioned pharmaceutical company is all that complex. His goal is simple and the sacrifices he is willing to make horrible. Yet, he makes valid points. What is the sacrifice of a few immortals compared to the hundreds of thousands, if not millions, that can be saved?

After all, who cries over the mice and other animals used before human testing is done? A few animal rights organizations, but, by and large, it is a sacrifice humanity accepts. So, who are these few that can take pieces of them being cut out or extracted? Even if it causes them excruciating pain?

While just mentioned above, I feel like we really need to double down on the importance of Nile and Andy’s relationship. From videos leading up to the release, it seems Nile’s role was beefed up for the movie yet is so strong you’d think it was part of the source material. For again, you can see this relationship that is mutually beneficial. The basis is mentor and mentee, if not the next generation, but you can also see Nile reminding and bring out Andy’s humanity.

Then, in terms of Nile, while Andy whoops her ass in a fight, she allows her to showcase what she can do. And I think it can’t be understated seeing two women just as much fight, question one another, yet still ultimately get along was a beautiful sight to see. For, like with Joe and Nicky, you can see nothing about their relationship is about pushing an agenda. Everything naturally flows and feels essential for their relationship and the film.

There are ten books of “The Old Guard,” and yet you don’t ever feel like you’re missing essential details or must refer to the source to get the full details. Something that you can perhaps write off as one of the benefits of the writer of the graphic novels scripting the movie. Thus you don’t have a third party who was a fan doing what may feel like a fanfic as much as the original writer pretty much presenting almost an altered universe.

After “Atomic Blonde,” I must admit there was the expectation of there being some real flinch worthy violence. However, most of “The Old Guard” doesn’t contain any real brutal moments. Mind you, we see people shot up, bones protrude from skin, and things of that nature. However, only one time, towards the end, do you see someone fight, and it ends in a manner that will make your face scrunch like you smelled something awful.

“The Old Guard” feels like the first must-see action film of the summer. It has the characters you want to see more of, maybe not the most awe-inspiring action but enough to keep things high octane, and the relationships between characters surpass their interdependency for survival. It pushes true relationships you not only want to get behind but see explored. Which, even without needing the source material, it does make it seem like a good means to hold yourself over until a sequel is produced.

Hence the positive label. We aren’t much for 2-hour movies and honestly struggle with watching something that long at home since our attention span isn’t what it used to be. Also, the action movie genre can often struggle with focusing more on effects and choreography than story or characters. However, “The Old Guard” excels in most areas, and even the few it is weak in, it is far better than average. 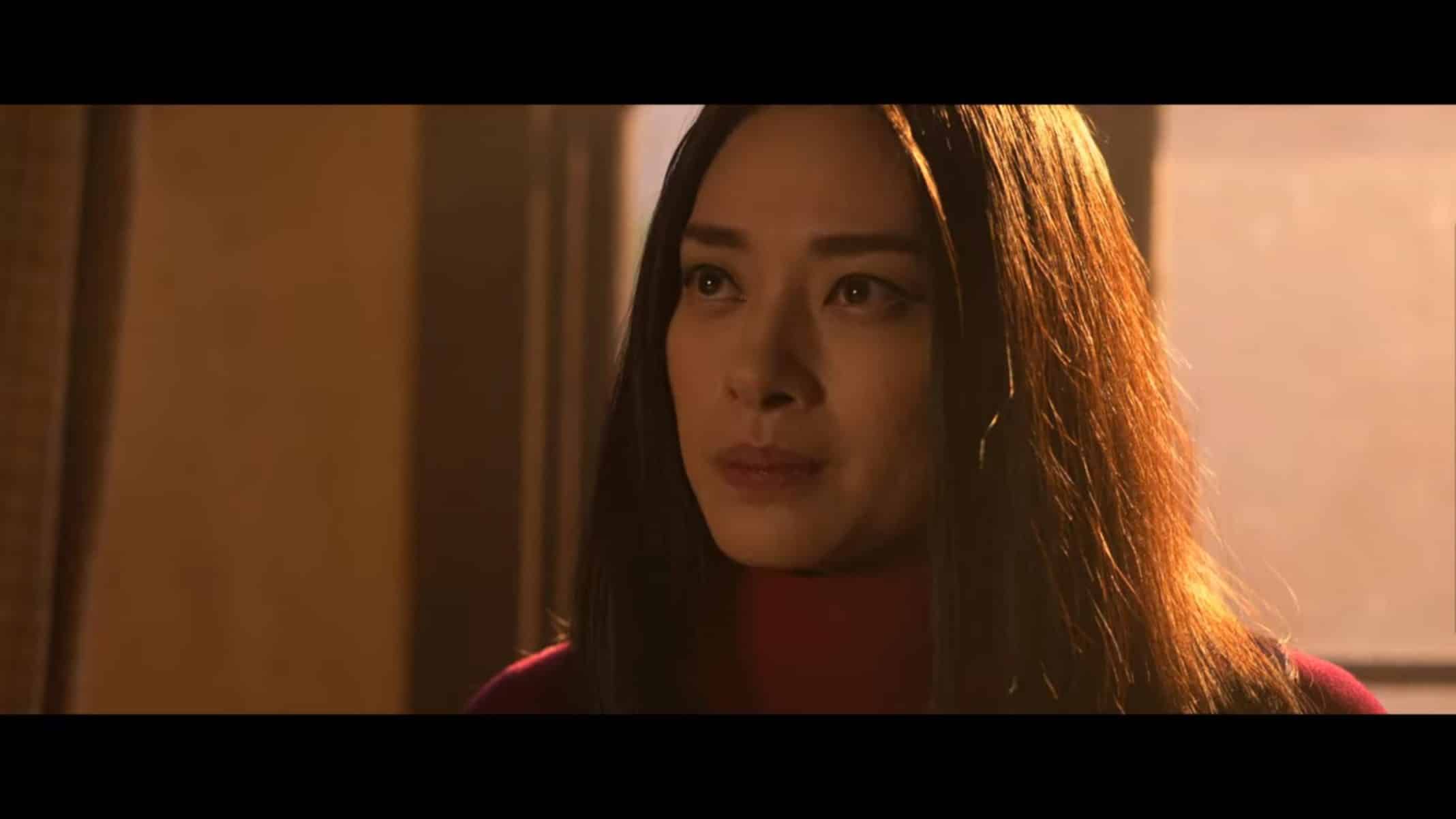 The goal of Merrick was to extract all forms of DNA, tissue samples, bone marrow, whatever he could from members of “The Old Guard,” in order to create cures for various diseases. This proved difficult because, after hundreds of years of battles, you learn a thing or two. However, with Booker seemingly working with Copley, who provided Merrick with information on “The Old Guard,” whatever advantages “The Old Guard” would usually have were minimized.

That is, with the exception of not knowing of Nile’s existence. With that, Nile was never put into Copley’s plans, and this allowed her to save everyone after Booker got them captured, and tests had already begun. Add in Copley gaining a guilty conscience, as he learned members of “The Old Guard” would be tested, prodded, and essentially tortured, like lab rats, and he ends up helping her.

However, during all this, Andy learns she no longer is regenerating as she once did, so it is assumed she is starting to become mortal once more. Thus, after Nile rescues the team, everyone is very protective of her as they search for Merrick and wipe out anyone else who could know of their existence in the company. Well, minus a hand few who were knocked out rather than killed.

Either way, Nile kills Merrick, and Copley is forced to join the team in a dual role of helping them find missions and using his CIA knowledge to help wipe away their existence. For one of the main challenges Andy and the team were faced with was maintaining a low profile considering cell phones, and so much more.

In Andy’s life, she has only lost two other immortal beings. One due to a natural death, Lykon, and the second one was a woman named Quynh. Quynh, unlike Lykon, didn’t die of natural causes but rather was put in an iron maiden looking device, minus the spikes, and thrown into the ocean. Thus drowning over and over for around 500 years.

But, at the end of the movie, it is revealed Quynh somehow escaped and with Booker, who is sentenced to 100 years of being on his own, due to the betrayal, they may partner up. Now, what they may end up doing? Who knows. However, it is assumed that 500 years dying over and over in a horrific way is likely to make a person snap. So Quynh becoming a villain isn’t unlikely.

"The Old Guard" excels in most areas, and even the few it is weak in, it is far better than average.