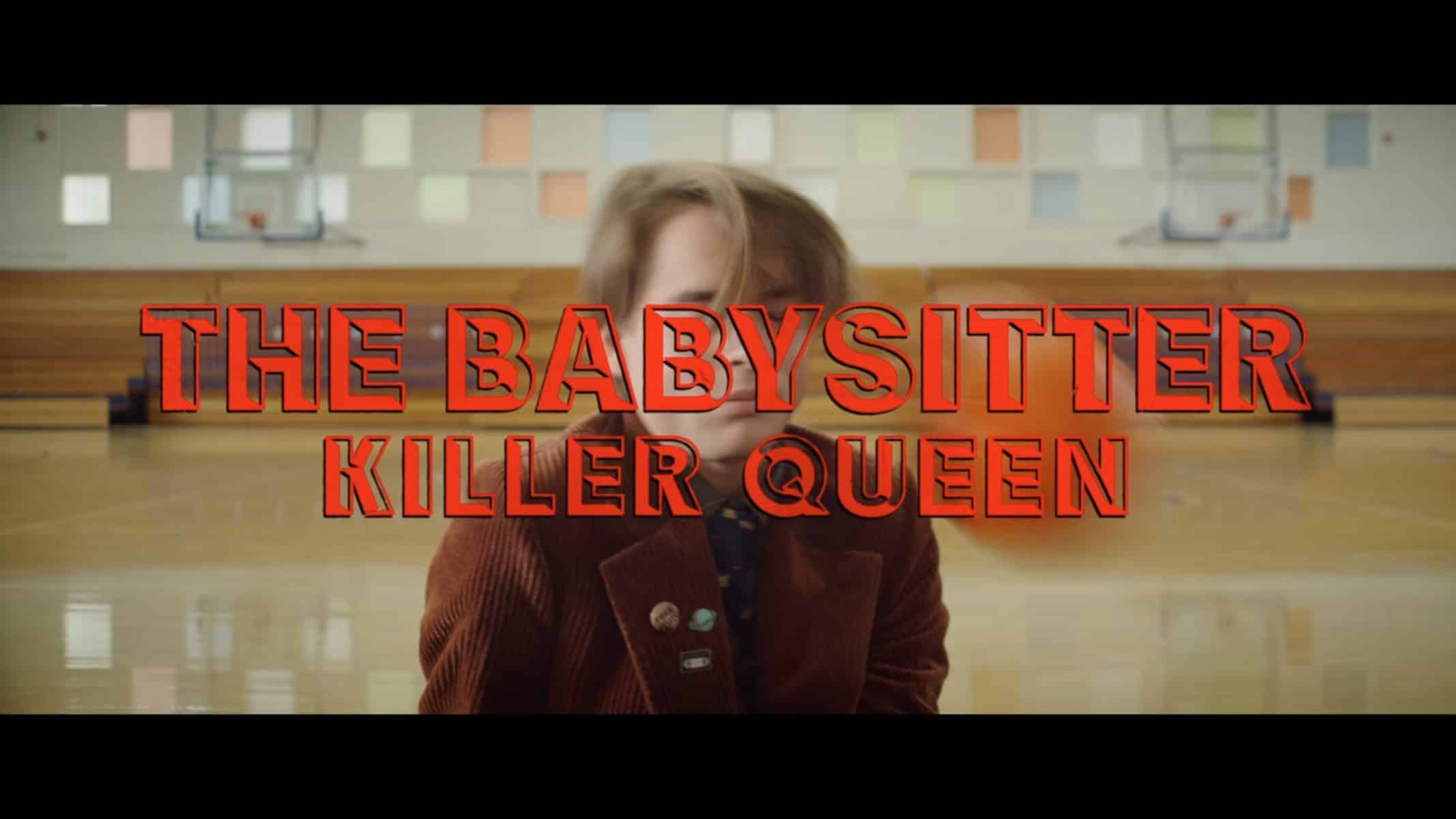 The Babysitter: Killer Queen may not have the same pizazz when it comes to kill scenes, but the inclusion of Jenna Ortega does take things up a notch.

It has been two years since the events that led to the end of Bee and the blood cult she led and during this time, Cole’s life has been anything but normal. He now suffers from PTSD, everyone thinks he is crazy, including his parents, and the one normal thing in his is Melanie. Someone who he, sadly, didn’t end up with, but she still considers him her best friend.

Hence her, to help him get away from all that is messing with him, says they should get away and join her boyfriend Jimmy on his family’s boat. However, what ends up happening on that boat, and night, changes Cole in ways he didn’t expect. Including someone who just so happens to show up and change his life.

Now a full-blown teenager with PTSD, Cole is trying to survive high school, everyone but Melanie thinking he is crazy, and deal with the visions of Bee and her blood cult haunting him.

Cole’s best friend and crush, who we learn is a little mischievous. Which might just be what Cole needs to break himself out of the funk he is in.

One of the members of Bee’s cult, whose only desire is to serve the devil.

John wanted to be a music superstar but ends up the token Black guy who barely has an identity beyond jokes dealing with he is the only Black guy.

Max is a bit of a meathead, but despite his lust for murder, he has a soft spot for Cole. Even with Cole being the reason he died in the first movie.

There was a time Allison wanted to be a respectable journalist, but hot. However, at this point, she just doesn’t want to end up back in hell.

The new girl who does her best to push people away since something tragic happened in her past.

Everyone’s favorite babysitter, who also recruits souls for the devil, that makes an expected return with unexpected information.

Cole’s dad, who, like his mom, thinks he is crazy and is looking into having him sent away.

Our introduction to Jenna Ortega came through the 2nd season of You, and as Ellie, the Paco of that season, she brought it and makes you hope in season 3 she makes an appearance. Now, in terms of The Babysitter: Killer Queen, she really solidifies the idea that she can be the female lead and deserves such a role. For when it comes to Cole, that cool, weird dude from the first movie, he is replaced with this teenager who won’t draw much, if any, interest.

However, with Phoebe, especially as you get to know her entire story, Ortega once again finds herself filling a necessary role and excelling. To the point it makes you wonder what she could do if she was in the first season or movie of something, rather than the sequel?

In the ending spoilers, we’ll go into detail, but let us just say for the “spoiler-lite” version, we learn why Bee made a deal with the devil, and that information changes everything. This makes us so glad, despite how Weaving’s career has taken off, that she returned for this film.

While the first movie had a Home Alone vibe, this one does not. It’s just gory with multiple people being decapitated, blood flying around like someone’s job was just to carry a bucket and fling on command, and it was all very uninspired. Hence such a low score since it is such a step down from the first film.

Until Bee comes into play, this doesn’t feel like a necessary sequel. Especially since a lot of things aren’t as good as the first film. As noted, the kills took a nosedive, it is by no means as comedic as the first film, and between the devil worshippers we know and the ones introduced, honestly? I’d imagine if someone skipped the first movie and just jumped into the second, they’d think this film was utter trash.

We personally like this movie and definitely think if you were a fan of the first one, this is worth watching. However, we got to admit this is for a specific kind of audience who likes seeing people clearly have fake blood thrown in their face, cheesy gore, but think that’s okay for they want things intentionally camp. Plus, when you add in Phoebe’s whole story and her relationship with Cole, that’s just enough to justify the sequel.

Okay, so there seems to be a bit of revising as to why the events of the first movie happened and it all deals with the fact Bee was Phoebe’s babysitter before Phoebe’s parents died. You see, there was a collision between Bee’s jeep and the car Phoebe’s parents were in that killed Phoebe’s parents, left Bee alive, but Phoebe in critical condition (I feel like I wrote Phoebe way too many times). When Bee learns of this from a nurse, it is from a demon who takes Bee’s soul in exchange for Phoebe surviving.

Fast forward to the events of the first movie, it seems Bee was working as hard as she could to stay alive and pay her debt. After all, make a deal with the devil, there are likely terms and conditions. However, after some time, it seems Bee lost her way and cared about nothing more than the job, until Cole. He seemingly reminded her of why she liked being a babysitter, and I’d submit that she kind of groomed him for Phoebe.

Well, maybe groomed isn’t the best word, but between this film and the first one, you can imagine Bee made certain decisions that would allow those two to cross paths. I can’t prove this, but considering how Bee is seen as a guardian angel in Phoebe’s eyes, it’s possible.

However, what complicates things is Melanie is in the blood cult, and with those who fail getting the chance to redeem themselves every two years, it’s time. Hence the crew from the first movie coming back and dying fairly quickly. But, with using Phoebe as bait, Melanie gets Cole to sit down, give up his blood, and everyone drinks it.

But what they didn’t know is Phoebe and Cole had sex, so he isn’t so innocent anymore and by drinking impure blood, they are not only defeated, but might not get to comeback. Leaving the need to question what will happen to Bee? Well, with two of her favorite people together, it seems she feels it is time to pay the pauper and she too drinks the tainted blood in the chalice. Thus leaving Cole and Phoebe to live, and Archie, Cole’s dad, realizing his son isn’t crazy and was telling the truth all along.

In a mid-credit scene we do see the book of the devil flip pages. Making it clear it still exist and can be found. Add in Cole may not be innocent, but can still qualify for the blood of the sacrificed, and this leaves the door open for someone to come after him.

this is for a specific kind of audience who likes seeing people clearly have fake blood thrown in their face, cheesy gore, but think that's okay for they want things intentionally camp