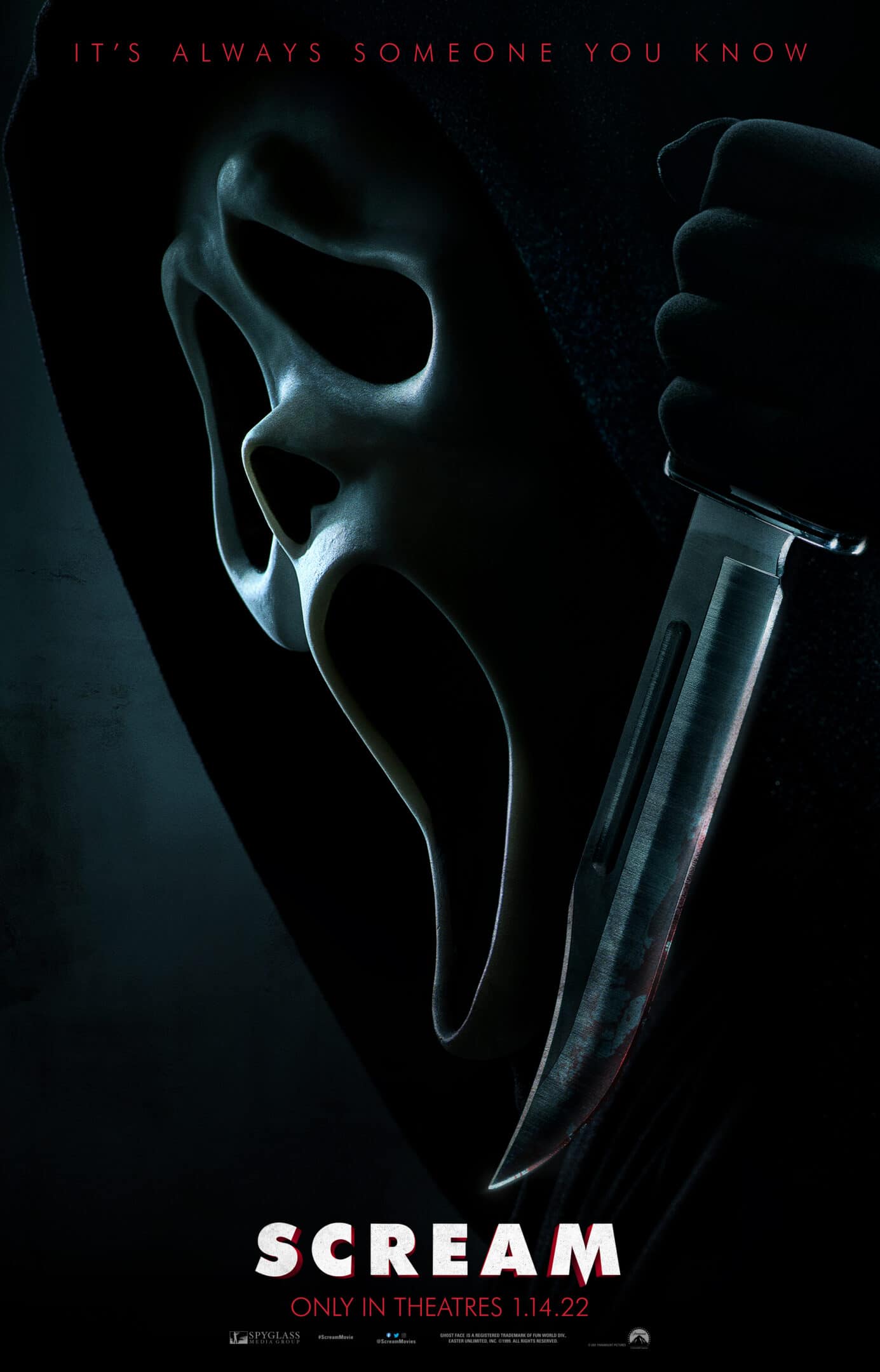 Despite a level of self-awareness that all may not enjoy, Scream does act as an excellent reminder on why only the horror genre can get away with “requels.”

Nearly 5 years since she left, Sam returns home after a new Ghostface killer arrives and attacks her little sister Tara. Now, why was Tara attacked? Well, because fans of the original Stab hated the sequels and wanted to get back to the originals. So, with Sam [tooltips keyword=”SPOILER” content=”being the daughter of Billy from the original Scream“] she became a target and was used to draw in Gale, Sidney, and Dewey to give fans the movie they deserve.

23-year-old Sam left home years ago due to a secret when destroyed her family. However, she is lured back by her sister being attacked and sticks around to take care of her and protect her.

Tara’s younger sister, by 5 years, has a tight-knit group of friends and is the perfect target for Ghostface and the ideal suspect to be them as well. Even if to set things up for additional members to play out the killings.

Now a New York morning newscaster, Gale has seemingly set aside talking about murdering and exploiting people for their stories. However, that doesn’t mean murder in the town she got famous in can’t bring her back.

At this point, Sidney is married, has a family, and while she keeps a gun on her, she has found peace with putting Woodsboro behind her. But when things get a little too real, even the woman who survived multiple Ghostface killers can still be brought back to face yet another one.

Retired at this point, due to nerve damage from being stabbed at least 9 times, alongside other issues, Dewey just wants the same life Sidney has. But, he is one of the first people Sam lures into helping her with the new Ghostface killer.

Amber is Tara’s best friend and pretty much hates Sam for abandoning Tara 5 years ago.

Mindy is Chad’s fraternal twin who has all the rules and knowledge about Stab and horror movies and is also queer.

A jock, Chad is one of the first suspects you’re pushed to take note of due to bruising we see and one of Ghostface’s first kills.

[tooltips keyword=”SPOILER” content=”Considering the guy killed didn’t seem to make a move or gesture to anyone but Liv, why was he killed? Was it just because Amber and/ or Richie didn’t like him?”]

Not much is said about Liv. All we know for sure is that she is Chad’s girlfriend, they haven’t seemed to have had sex yet, and she and Mindy aren’t the fondest of one another.

The son of the new sheriff, who has a crush on Tara

A Quality Mystery With Lots Of Finger Pointing

One of the things we’ve always enjoyed about the Scream franchise is that, as noted by Amber in the film, it isn’t like Friday the 13th, Halloween, or the other horror franchises. What makes Scream unique is that it is a mystery with horror elements that pushes you to question, even with knowing the setup and characters like Mindy and Richie reminding you if you forgot, there are rules.

Now, of course, after 5 movies and a series, Scream doesn’t have a hard set of rules it abides by for every last entry into the franchise. However, the setup is the same, and this time around, we have good suspects. We have Sam, who, thanks to her being [tooltips keyword=”SPOILER” content=”Billy’s daughter and having visions of him”] has the potential to be the killer or one of multiple killers. Then there is Amber, who is Tara’s best friend, Tara herself, who could have followed precedent and perhaps was stabbed as she was to mirror what happened to Stuart – without dying? Thus making her and Amber a duo.

Following them are the twins Mindy and Chad, the niece and nephew of a character killed in the original Scream. Chad, because of his size and strength, makes an understandable Ghostface. As for Mindy? With her knowing the rules and watching Stab multiple times, her recreating the film, maybe making the sequel fans deserve, it makes sense.

As for Chad’s girlfriend, Liv? Well, who better than a character we know little about to reveal she is someone’s daughter, niece, cousin, mentee, etc., and wanted to get revenge? Never mind, the film taps into the use of cell phones, including the usage of cloning a person’s phone, to really throw you off.

Oh, and we can’t forget Richie, who just met Sam 6 months ago. So, Dewey makes him seem suspicious from the start. Never mind Wes, who has a crush on Tara but seemingly can’t get a chance to go on a date with her.

Like The Last Movie, It Feels Like Casting Got Some Of The Best Up And Coming Talent Before They Really Blow Up

I don’t think Scream gets enough credit as a franchise for its casting. When it casts actors, it is usually before they really blow up, and you can see that with nearly every entry, going back to the original. This one is no different with it having Jasmin Savoy Brown, whose turn on Yellowjackets is a highlight of the show. We also have Jenna Ortega, who is becoming a notable name after a string of Netflix productions, which soon will include a Wednesday Adams show. There is Mikey Madison, who rose to fame on Better Things, which will premiere its final season soon, and the list goes on and on.

We appreciate these actors, and many others, being included for it reminds you that Scream is a franchise reliant on its performers knowing how to sell a story. They can’t just be attractive, can do a piercing scream, or know how to die well on camera. Because the villain can be anyone, you have to know how to sell both a sense of innocence yet a possibility, and the newcomers nail it!

What makes Scream also a treat is it shows the blame go in and often go through people’s skin. For example, you’ll see it go through people’s faces twice this film, and as much as we watch some gory things, that blade reminds you why Scream is one of the top slasher films for decades. But, what also makes it good is it has characters with personalities. Richie, for example, gets increasingly comical as it becomes clear staying in Woodsboro is pretty much a request to get killed.

I’d even add, with Tara’s attitude, her opening scene, reminiscent of Drew Barrymore’s, is comical and hits the kind of notes Child’s Play wishes it could on a regular basis.

Not Really Getting Into The Stories Of The Originals

Sidney, Gale, and Dewey don’t necessarily have the kind of storylines that could be considered akin to Tobey Maguire and Andrew Garfield returning for the last Spiderman movie. While [tooltips keyword=”SPOILER” content=”Dewey is killed off,”] their parts in this film seem to be more obligatory than a true necessary element for this film to be great. For Sidney having children, Dewey and Gale’s relationship, neither are a selling point. No one is mainly focused on catching up with them. We just want to see a good slasher and guess who is the killer(s) before it is revealed to us.

What would be Scream 5, the 2nd “requel” may not revolutionize the decades-old franchise, but shows, like its horror movie peers, as long as the formula isn’t overtly exploited too much, it can still draw an audience, create quality entertainment, and be worth the ticket price. 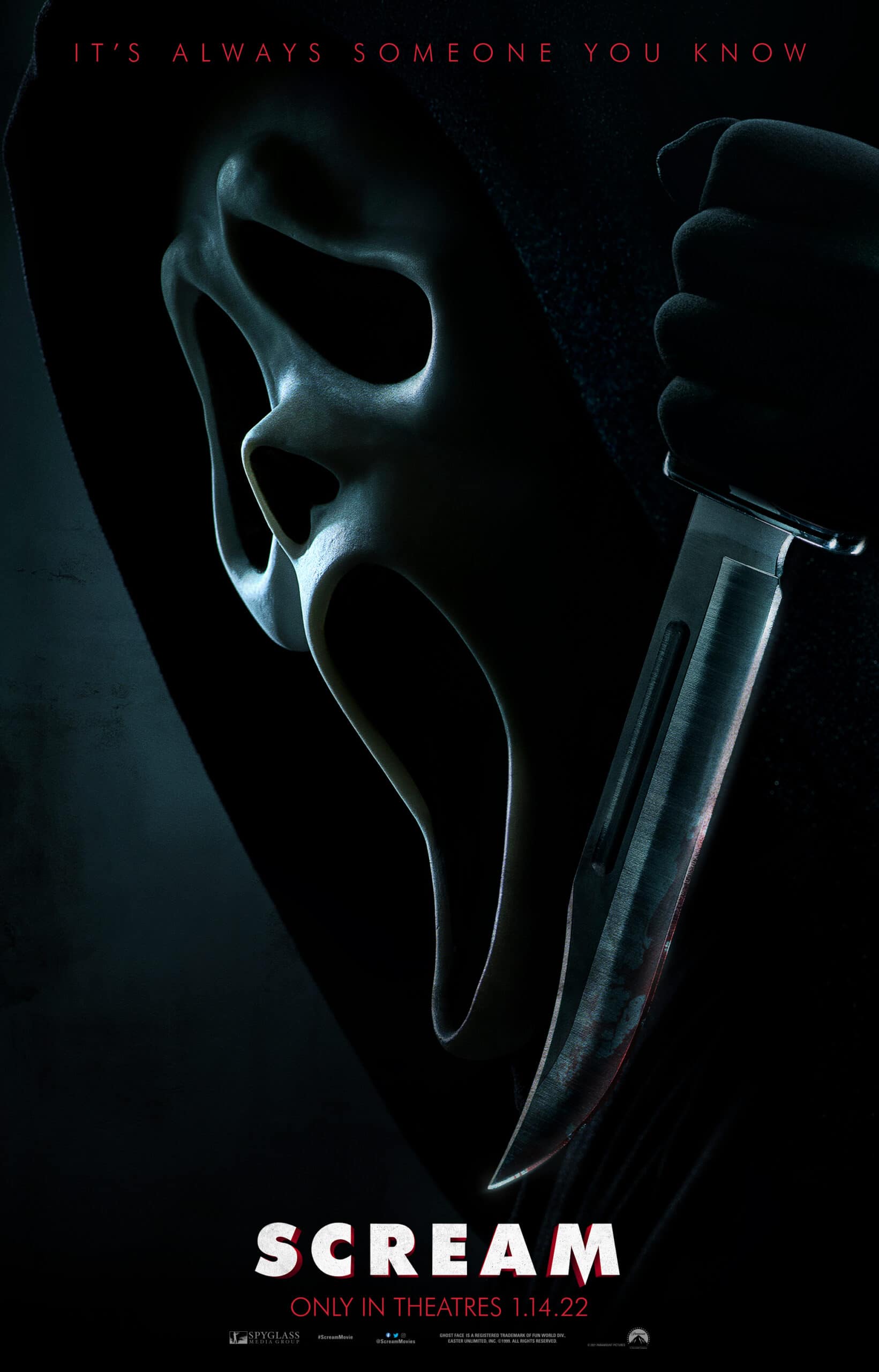 Scream (2022) – Review/ Summary (with Spoilers)
Who Is This For?
Fans of Scream, horror, and the young actors who are up and coming in Hollywood.
Highlights
A Quality Mystery With Lots Of Finger Pointing
Like The Last Movie, It Feels Like Casting Got Some Of The Best Up And Coming Talent Before They Really Blow Up
It's Gorey and Comical
Disputable
Not Really Getting Into The Stories Of The Originals
83
Follow Wherever I Look on Twitter and Instagram, Like us on Facebook, and Subscribe to the YouTube Channel.